The most hypothetically marriageable Hallyu stars 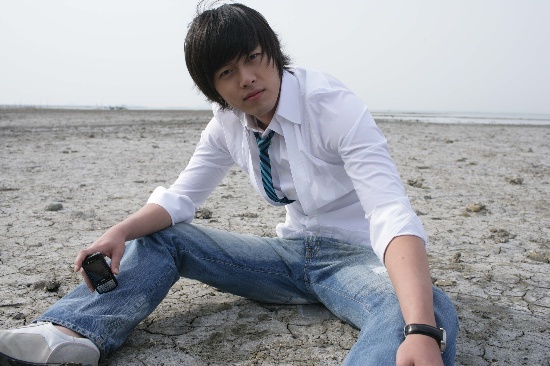 Or rather, perhaps the headline should more accurately read: Rhetorically speaking, say you were theoretically a woman in China, and you had to take a poll — which Hallyu star would you most hypothetically want to marry?

Or rather, Korean media loves polls. I suppose media in general, Korean and otherwise, likes reporting on them because they supposedly “represent” the “people” and their “opinions” or blah blah blah whatever, but my inner cynic (remarkably similar to my outer cynic) believes it’s just ’cause polls are easy topics on a slow news day. I’m not talking Gallup or BBC or CNN, because those might actually carry some weight, but do we really need to see every small-scale poll conducted by women’s magazines, cable entertainment programs, variety shows, and the like?

Judging from the amount of poll-reporting I come across every day (and some are truly stupid — which female entertainer has the most appealing bosomly charms? Are you effing kidding me?), the answer is YES. And I’m totally guilty of featuring them too. At first, the headlines catch my eye (they ARE good for that), but then you start to see the same questions and same names over and over, and you’re like, “Guh, these are lame.”

At least this poll has a large response rate in its favor (some of the lamer polls only cite a few hundred respondents), with tens of thousands of votes cast online. It asked the question on major Chinese portal site 163.com, “Which male star would you want to marry?” and the top 50 answers included eight Hallyu stars.

Coming in first was the veteran actor Andy Lau with an overwhelming 12,000+ votes cast in his favor. Second place with 5,000+ votes was Wu Chun of Taiwanese boy band Fahrenheit, and third went to Tony Leung. However, the surprise came with fourth place with an unexpected Korean name thrown into the mix. If the picture wasn’t an immediate tipoff, that was be-dimpled cutie Hyun Bin, enjoying popularity in China from his role in 2005’s super-hit My Name Is Kim Sam Soon. 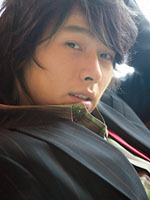 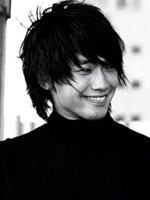 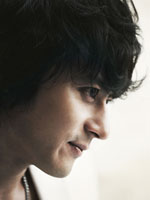 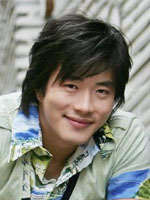 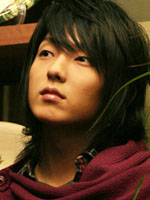 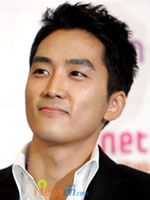 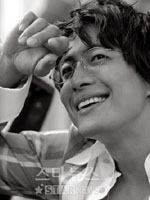 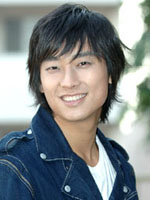 Ahhhh!! Wu Chun! I was sooo disappointed when I found out they weren't continuing Hana Kimi! That ripped a little piece of my heart out (not really but it felt like it)!

if it were japan, i have a strong feeling yonsama would take the lead by much ;)

i'll take lee jun kin any day... that kid is too hot for his own good

HYUN BIN~~
That's a gorgeous picture of him by the way!!! :P

Oo There's all Joo Ji Hoon and Lee Junki on there! XD The girls have some good taste. (Though Joo Ji Hoon should've been higher!)
I wonder what japan's vote would've been......

Sang Woo any time any day..

Ah I've taken a liking to Lee Jun Ki in his latest drama L'heure entre chien et loup, he was not girly but (pardon me) freakin' handsome. TROP BEAU MIAM!

It's normal he's fourth ^^ Should have been first but well ^^

did I said I wanted him to marry me?

who wouldn't want hyun bin? Just by the thought that you would wake up in the morning with this gorgeous guy next to you....

japanese news loves polls too--seen whole nhk newscast with poll results and cute handmade charts, pies, graphs, with cardboard cutout pictures. this low tech bit is quite charming, and some say more personal than the computer graphics used in the us news. does korea use hand made cardboard charts on national news casts also these days?

WU CHUN!! WU CHUN!!! omg drools... hahhaha well as much as i dont really put that much emphasis on these online polls.. cause one.. some flying voters.. two the sillyness of some topics.. hahhaha but i agree with this one.. except for maybe some of the older ones.. but ahhh Kwon Sang Woo, Hyunbin, Wu Chun anyday, anytime.. they take my heart away... hahhaha

I will take Hyun Bin please!

Wahahahhah, you'll probably get a lot of replies from fangirls in this post... And yeah, I'm not ashamed to admit it, I wouldn't mind marrying Hyun Bin! And neither would a million other girls... Bae Yong Jun doesn't seem to be as popular in China as in Japan... Wu Zun is definitely major hot stuff in Taiwan now after Hana Kimi (Heck, people are nuts about him over here in Malaysia too...) True, polls are pretty useful for filling out holes and people don't mind reading about them...

Andy Lau??? What a surprise!

i'd take hyun bin over any of them ANY DAY! go sam-shik!

I'm glad I'm not the only one who thinks that there are way to many such polls and that most of them are lame and repetitive (and very superficial too).

maybe it's just me. but i don't think i've ever desired to marry a superstar. i would just admire them from afar :)

Ok so I'm going to be a traitor to my people and say that Hyun Bin totally should have been first. Because seriously, that boy is just insanely hot and cute at the same time. I would marry him in a second, the top three may need 5 seconds :)

I dont suprsrise of Andy Lau! I mean he is a faithful and devoted partner. Has be with his Malaysian girlfriend for almost 20 years now. Haha. That called a realistic world. He is talented loved by fans, respected them and so damn cool and excellent in all his films. No wonder. Wu chun is only by his face and popularity.

Wu Chun is cute and alll in Romantic Princess when he's all dressed up, but when he smiles, he kinda freaks me out xP he reminds me of like a pedophile or something. Hyun Bin wins in my books! His dimples are to die for! So glad he's gonna be in a drama soon! oo and Lee Jun Ki's hot. In a pretty boy way. I'd be pretty jealous if he were actually a girl.

I have to sound greedy or polygamous but i'd like to marry all of the cute ones here! (joke joke) I just don't know who to pick cause they're all gorgeous! If there's a chance I can be allowed to marry each one of them I'll be in the Guinness Book of World Records! Seriously - they're all cute, gorgeous so I'm overwhelmed! (smile) I dunno why there's so many gorgeous Korean actors where did they all come from? Not only handsome but they're very good in acting!

first time i'm seeing this but i agree with ibetternot here cause if it's allowed i'll marry all the Korean actors here who are equally cute & handsome! (joke of course as it's not allowed in our society ^----^
I don't know really what it is but I love Korean actors -- i never want to look at Hollywood actors anymore since I've been introduced to Kdramas! The actors are just as addictive as the dramas itself.

Ooo I absolutely agree. I would marry Andy Lau or Tony Leung anytime! =)

Definitely LEE JUN KI for me!!!
I love him so much!
Can't get enough of him...

HYUN BIN all the way...no body as great as u yet. LOVEEEE U, but since I like Song hye Kyo too. I'll just let u married her instead