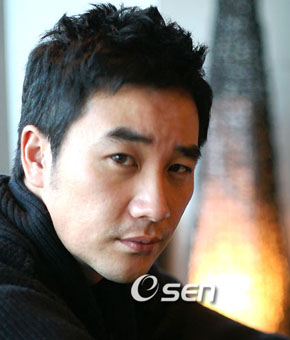 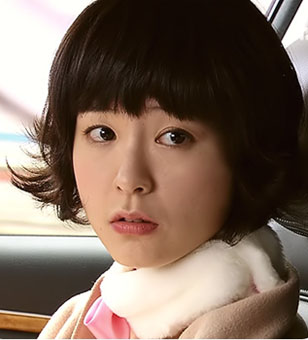 In any case, while I normally don’t get excited about mega-expensive blockbusters, and certainly not those that appear to be chasing the Host‘s success, but this time I’m particularly interested with the latest casting of Jung Yumi opposite Uhm Tae Woong. She was brilliant in Que Sera Sera — she’s got this wonderful mix of quirkiness, fragility, and strength — and I always find Uhm intense and gritty (Devil, Resurrection, Delightful Girl Chun Hyang). With not just one but two particularly talented actors in place, perhaps this big-budget horror thriller will turn into something more than a throwaway gorefest.

Plotwise, Jung plays a zoologist; Uhm once again plays a cop, though this time he’s a demoted one. The two work together on the case, and develop a romance as well (they’re both strong actors, so I look forward to seeing how that chemistry sparks). The story unfolds when a series of strange, brutal murders occurs one summer in a mountain village; signs seem to point at a sort of wild beast; hunters and an animal specialist are brought in; the plot thickens.

The film will shoot in San Francisco starting in March, and has brought onboard noted computer-graphics specialist Hans Uhlig (The Day After Tomorrow, Sky Captain and the World of Tomorrow, Star Wars: Episodes 1, 4, & 5).

Via Han Kyung, My Daily

I really loved the Host and I love these two actors so it will indeed be interesting to see what they can make together.

Hey I live in SF! Any idea on which areas its going to be filmed at? XP

I am glad to hear about her new project!

But the plot....brutal murders and such? I don't like to be scared in movies/series...Dillema, Dillema. For Yoo Mi, I'd probably give it a try though.

WOW...they are both such excellent actors so I will definitely be looking forward to this one

YAY! I like both actors enough to watch it even though brutal murder/horror/scary films aren't my thing. I'll have to watch it at 10:00 am with all the lights on. (I've had The Host for quite awhile and haven't watched it yet.)

OK, go ahead and make your monster movie. Just please spare us from killing off any little kids in this one after we've spent the whole movie waiting for them to be rescued!!

Wonderful leads. Hopefully a different spin on the horror genre. I'll take a stab in the dark... filming is done along the coast, somewhere close to the Redwood National Park?

i really liked Jung Yumi in Que Sera, Sera... not rated well in korea but it kept me awake for nights watching it on dvd...

i hope this one will really work out for her. as you said, she was really brilliant... really natural and not trying hard to act like the other much hyped korean actresses (who couldnt act, lol)...

congratulations in advance to her and her co-stars in this film...

Ok. An outstanding cast. I'm so loved Uhm Tae Woong. I loved his role in his latest film " My Love" if i'm not ,mistaken.. He is versatile actor.. Can be witty and intense at the same time. One of a very excellent actor outhere...Whoa!

Hmm.. they're shooting in SF? If only they're going to shoot it at San Diego Zoo! >_<

OMG, I love both leads to itty bitty pieces. But...but...why does it have to be a horror film? I'm such a 'fraidy-cat when it comes to this genre! But I want to watch it for the two of them so bad! How inconsiderate! T_T (I'm so upset, I have to use lots of exclamation marks!)

Yeah, where and when are they shooting? I'd love to watch!