One more reason to watch “East of Eden” 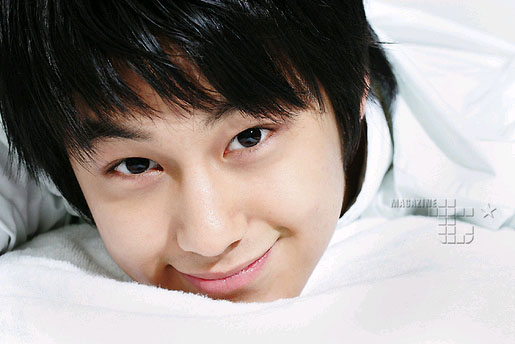 I’ll admit I’m not much enticed by upcoming MBC drama East of Eden, partly because it’s slated for 50 episodes, and that’s just too long for me. Sometimes I’ll catch parts of a long-running daily show or sitcom because those are easy to skip episodes and still remain relatively current; but a 50-episode drama is in that nebulous territory of requiring commitment to follow but being dangerously susceptible to slow-paced, tedious storylines. East of Eden is described as “the story of two men’s intertwining fates and revenges after they’re born on the same day in the same hospital.” 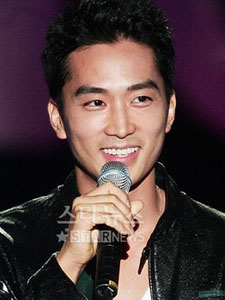 Pretty boy (pretty man?) Song Seung Heon seems to have finally settled on a comeback project drama — he’s had a few almost-beens, but they didn’t pan out — with East of Eden, and now young actor Kim Bum has been cast in the role of his younger character (in his high school days). The character is described as having witnessed his father’s death in his younger days, and swears to avenge it. Previously a caring, warm-hearted youngster, anger over his father’s death changes him, and he eventually grows up to become the right-hand man to the country’s foremost casino owner.

I thought Kim Bum was absolutely adorable in the uneven family sitcom Unstoppable High Kick, and hope he gets to explore the character’s transformation (before his role gets handed off to Song). What do you think? Is there a resemblance?

The drama is produced by Green Snake Media, with PD Kim Jin Man at its helm (Island, Really Really Like You) and written by Na Yeon Sook (Slums / Dal-dong-nae, Ordinary People). Also cast are Jo Min Ki, Yoo Dong Geun, and Lee Mi Sook; it will air in June.

I read in Popseoul that SSH has finished two films recently if i read it correctly. So he has laid back already.

Well, i definetly reckon SSH in this drama he just the one yet I dont know much about Kibum and his acting but one thing for sure, they did not look alike a lot. I think Siwon hold more resemblence with SSH with this thick eyebrow. I dont know. It is just me. Maybe.

Thanks for the post, Song Seung Heon is one of my favourite k-stars.
Do you know who is the leading actress?

Kim Bum is so cute in unstoppable high kick, I like him

I think Kim Bum is such a cute kid but he looks more like Lee Ki Woo. I guess he will fit as SSH's younger self. I am curious to see the drama. I love to look at SSH but I dont necessarily like to see him act! lol

infiniti512, that is exactly my opinion on song seung heon. lol!

Disappointed that Park Shin Yang is no longer attached to East of Eden, but this is definitely my MBC series to watch. Can't wait for the East of Eden vs. Big Fish show in spring!

50 eps?? *sigh*
i tried watching golden bride but gave up after some 30-odd episodes...
It felt like such of waste of time to start such a long drama and not finishing it, so i don't know if i will want to watch this...
but since SSH is so freaking HOT, i might give it a try lol

i was just wondering about this drama. Park Shin Yang is in it correct?

Shin Yang's name was taken off the wiki, so probably not anymore. Truth is, the casting is well up for grabs and so various names may drop in and out.

Mixed anticipation. I kinda want to watch...but also not. I'll probably do what I always do. Give it a try. Can always drop it later.

Is this Drama by any chance related to the Steinbeck novel "East of Eden" sounds like it is written among the same story line? Reading the wIKI, it seems like it has to be long since it spans from the 60's to now, can't wait to see what it unfolds!

Is Park Hae Jin part of this drama? I started to discover him in Seven Princesses cos he was really talented in playing his role. Really looking forward to his drama

I was hoping park shin yang for this, to bad it was cancelled :(

I was hoping park shin yang for this, to bad it was cancelled :(

kim bum he is still young. he has many opportunity to improve him self..

East of Eden English Subtitle Episode 9 has been completed
and Episode 10(row) has been uploaded. Check it out! :)

hi!kim bum I LOVE YOU!

this drama is the best...like kim bum ...
KIM BUM and east of eden are the best eveeeeer <3