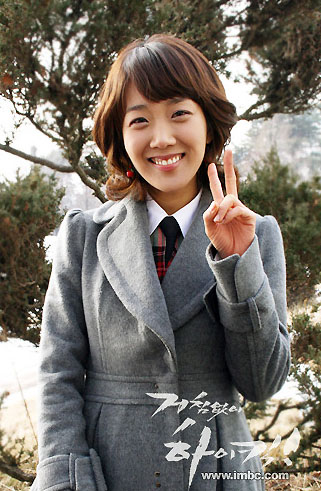 Seo Min Jung is pregnant! (She’s reportedly five months along and expecting in the summer.)

The actress was married last August to a Korean-American dentist and has since removed herself from the entertainment sphere, living with her husband in New York. Seo is most well-known for her role as the cute and klutzy teacher on 2007’s very popular family sitcom Unstoppable High Kick, who shared a (sorta) “loveline” with up-and-coming heartthrob Jung Il Woo — whose character was a high school student ten years her junior. (I admit, their “they can’t really go there… can they?” storyline was what kept my interest going in the sitcom.)

Speaking of whom, the other High Kick-ers are all busy with their own careers, particularly the young talents who shot to fame as a result of the series. Checking in with the rest of the cast:

Jung Il Woo recently started his university life and just shot a spread for Vogue Girl’s March issue, sporting his trademark sensitive-pretty-boy image. (I always thought it was interesting how his character was such a rebel, and how it worked despite his pretty looks. Damn he’s got some great skin.) His most recent project was the omnibus (multi-vignette) film My Love, which also starred Lee Yeon Hee and Uhm Tae Woong, among others.

Park Min Young, who played empty-headed Yumi, recently shot a photo spread showing a newer, more mature (read: sexay) image, and is now being compared with pop group Sugar’s Hwang Jung Eum, who also revealed a new photo spread showing a new, glamorous image. Naturally, whenever two things share even the smallest similarity, netizens will flock to pit one against the other in some kind of pointless manufactured faceoff.

And Koyote singer Shinji has a duet on the new album for H-Eugene, an R&B-style ballad called “남이라고” (Calling me a stranger). 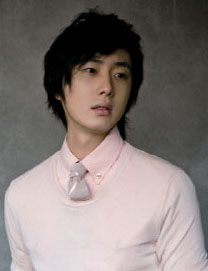 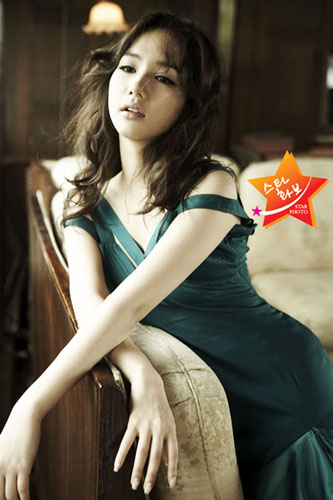 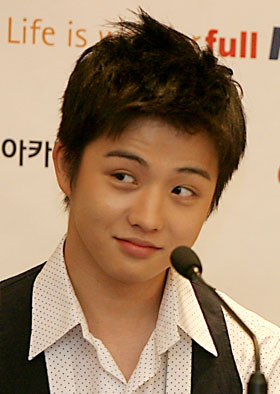 I'm not very comfortable speaking in Korean so I didn't talk to her, but plenty of my friends have, and she seems like a really nice, laid-back person.

Gosh I just realize how much I like the cast of UHK. I wish each of them the best and, in the case of the ones still acting, better and better projects in the future! (for me to indulge in of course!)

thats great for kim hyesung. he should really break way from his cute image and being in a queer movie, that is being directed by the same guy who directed teh infamous no regret, should be a honor. i can't wait. thanks, javabeans.

Sorry not to comment on the article (although I do read your updates everyday javabeans!) but on the post by shro that says 'infamous no regret'. Why is it infamous? I've watched that movie and really liked it and can't think of a reason why it would be 'infamous'.

kim hye sung was so cute in Jenny & Juno!

Oooh (and awww) hope for the best!

*off topic, this is about the site layout*

i just realized.. would it be possible to move all the ads-related widgets to the same side? that way, there's not some here and there interrupting other more important links i guess...

also, this is just my own personal opinion.. but i think it would be cool (perhaps more organized?) if the order of one of the sides was something like this: search box > navigate > recapped series > archives > categories > recent posts. And then the other side can be: users currently online > RSS feed > buy me a cuppa joe > support S2 > linky > ads > ads > ads.

also some of the links under "navigate" are repeats of your tabs on the top of the site. does that make it redundant?

hope my opinion helps in some way :]

although i'm unfamiliar with the peeps from UHK.. they are so impossibly cute.. & "queer film"? oh javabeans how you make me laugh.. i'm about to develop bladder problems reading this blog..