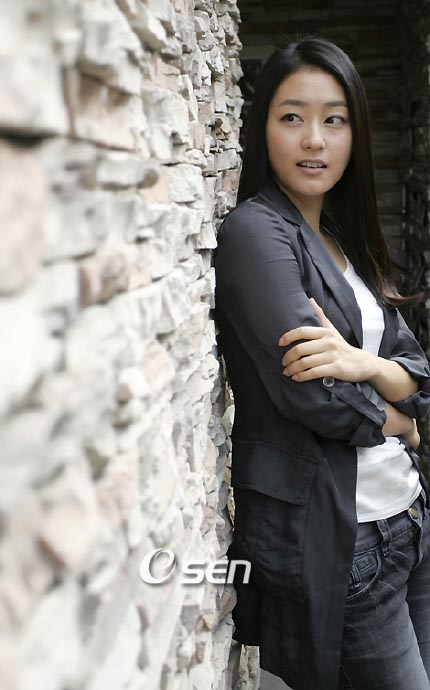 I don’t even know how this is possible, but Park Jin-hee, star of MBC drama The Woman Who Still Wants To Marry, is apparently filming her drama role at the same time that she’s working on a film, war story Into the Gunfire.

The two projects are completely different: one is a refreshing romantic comedy centered around three women friends, while the other is a period war film featuring a mostly male cast with Kwon Sang-woo, Cha Seung-won, Kim Seung-woo, and TOP. The latter is currently in its latter stages of shooting and is planning for a June release.

Furthermore, Park Jin-hee also has another film coming up, which will be released in April: My Mother [친정엄마], which she will be busy promoting in the upcoming weeks. (That film stars “Korea’s Mom” Kim Hae-sook and looks like a heartfelt dramatic piece.) With so much work on her plate, her management confirmed that Park will have little time for a break for a while.

That's interesting. I never watched any Korean war movie before, but due to the casts, maybe I'll five Into The Gunfire a try.

Thank you javabeans for the news..

Since PJH is filming mutlitple films at the same time no wonder she looks really tired on the show (SMM)...I believe eps 13...the restuarant scene where MJ + SY face off with SW+SM.

no no no, you have that all wrong, JB: we all feel like slackers when we go to DB and see what you do for us. <3

Oh my goodness. First of all, just hearing about it is making me stressed. Also, how does she manage to dive into such different characters at the same time?

I adore her so hard! I like how while seemingly not a big name in the industry (from what little I've seen and know about K-entertainment), she seems to be getting really meaty and varied roles.

I admire Park Jin-hee! I'm a fan of hers since I saw her in Love in Magic. Then more after War of Money that I continued to watch Come Back, Soon Ae. Man, she's one hard working actress. I hope 2010 will be the year that her hard work will be paid off. Hope the movies will be successful! Yes, no wonder she looked really tired the last episodes of SMM especially. Thanks for this piece of news, jb. Makes me adore her more!

Oh gosh!
3 different roles at the same time! (oh man! How much emotional drained can you get?)
She did it again, coz back in 2007 she also has 3 projects all at the same time. While she was filming War of Money, she was also filming 2 movies: Shadows in the Palace and Underground Rendezvous, that is why she didn't appeared on the Bonus Round of War of Money.