I Am Legend has its drummer in Jang Shin-young 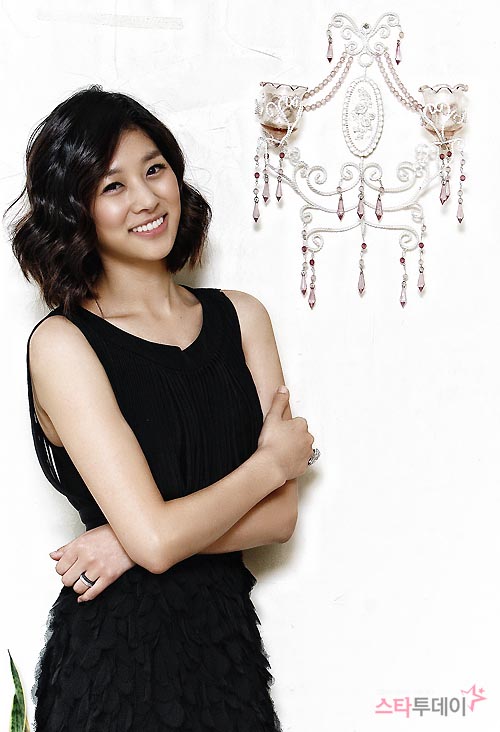 Divorced-woman-turns-rock-star drama I Am Legend has secured Kim Sun-ah in the lead role as a woman who rediscovers her talent for music and becomes the lead singer of a band. Now Jang Shin-young, the 28-year-old actress of drama Winter Bird and the upcoming movie The Outlaw, will join her as the band’s manager and drummer.

The group is described as a collection of ajummas — but one look at either Kim Sun-ah or Jang Shin-young proves that we’re not dealing with typical ajummas here. The focus of the drama will be on showing how the members use music as their outlet for dealing with their personal pains and grow as people. The band is called “Jeon-seol’s Band,” which, like the drama’s title, can be read as wordplay to also mean “Legendary Band.” (It’s not clear whether that’s the band’s actual name or if it’s just a nickname at this point.)

Jang Shin-young has reportedly always had an interest in playing the drums and already possesses drumming skills. The drama will take over from Prosecutor Princess on SBS, and will premiere in June.

Tags: I Am Legend, Jang Shin-young

Sounds like a very adventurous take on the usual kdrama story.

Yesterday a news came out that I`am Legend will start on May 26. Is this a wrong info?
Still no lead actors, I wonder who will it be!
KSA....fighting!

i thought that prosecutor princess will be replaced by bad guy....am i wrong or is it changed?

I love her hair!

this drama is beginning to look exciting. good thing it's coming out in the summer when I have more time to watch TV... just watching PT and reading other recaps is eating into too much of my study time... *sigh

We will get to see at least 5 sexy ahjummas !!.

@ chop2
Yes, it's been changed. PP will now be replaced by I Am Legend. Bad Guy was originally planned for that slot and apparently "things didn't work out."

BG probably won't air until at least July-August at least, seeing as all the prime slots are taken; Oh! My Lady will be replaced by Coffee House and Jejoongwon by Giant. The article on Nate that I read said it may even be shifted to cable like Harvest Villa, but no one's sure at this point.

I am incensed at this news about Bad Guy, I could barely sleep last night after reading some blog post about it. I brushed it off as gossip but I see now that it's true.
SBS, you a--holes!
I could live with it being postponed until July, even though we know KNG's schedule is tight with his impending enlistment. But relegating it out of the competition entirely by sending it to a cable network -- that's an insult.
Never have I ever felt impassioned enough to want to rush over to Korea and do something very 2pmhottesty-level-of-crazy!
I've been DYING to watch Bad Guy ever since I first heard about it. How could they do this to my poor Bidam?!?
Here's hoping it will be July-August and then all will be forgiven.

Why can't they slot BG two episodes on friday as it look there is no drama for that particular day, as they had gone quite far in their shooting in fact much earlier that I don't think it will disrupt the timing and schedules right ?

The storyline now sounds like the JGS movie Happy Life - which is not a bad thing at all! Good to see KSA in taking up a role like this.

I am disappointed too about the BG postponement.

I also want I`m a legend to start on it`s original airing schedule, my hubby will be here (May) and he is too jealous with KSA, he wont allow me to watch it.

An earlier date or even later for the project of Suna to be shown is okay with me. She is a very talented actress and now backed up by another one fine actress, no worries for us. It will come out good. And I am sure the producers will not cast mediocre actors. Let us continue to wait. Let us just all be happy Suna has a new project and based on what we have read about the storyline, no doubt it will be a great drama!

Korea should stop using names of U.S. movies for their dramas. "I Am Legend" is a Wil Smith movie.
They don't have to copy everything the U.S. does (I am speaking as a Korean)!

An ajumma band.. sound like fun! My ideal is Kim Sun Ah so I'm definitely looking forward to this drama! ^_^

@mimi - I think it is due to korean drama industry's love of puns more than copying...

looking forward to this one..love the ajumma band---:-)

will this be like the Korean ahjumma version of The Runaways?

I have no idea who she is but she's very pretty!

I'm PO'ed that Bad Guy keeps getting put aside. At this rate, by the time 'Bad Guy' finally airs KNG will probably already be starting his military service. :-(

@mimi - I agree. I find it very annoying too.

About Bad Guy, I am in the team in Viikii who should have worked on it !The team were ready, everyone was so happy that in a bit more than month, it would have started !
And now that, I'm so truly disappointed, and deeply sad !
I should never understand than they postponed this drama(watch the fabulous trailer), this promising drama, because of "due to lack of interest by viewers" !Wow, every single one person who watched the trailer, thought that it promised to be epic !

It seems that is a monney problems too, it seems !

So sad, i know that this drama will be may be a great drama, but i'm under the shoock TT.TT !

Really looking forward to this drama. Kim Sun Ah's dramas are always a joy to watch.