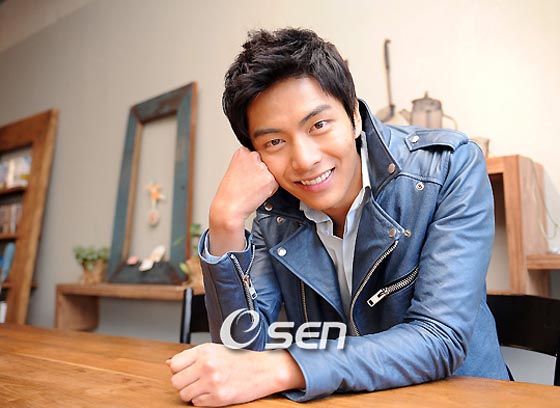 Lee Min-ki had a supporting role in the blockbuster hit Haeundae, and now has been chosen to headline the director Yoon Je-kyun‘s new production Quick. (Yoon is producing, but not directing, the new project.)

Quick is an action comedy described as a Korean version of Taxi (based on the French original), and stars Lee Min-ki as a motorcycle delivery boy (a “quick service” deliverer, hence the title). The adventure begins when his character accidentally comes into possession of a bomb. A rep from production company JK Films, which is run by PD Yoon, described Quick as a refreshing comic film that will entertain audiences with its action scenes that speed through the heart of the city.

Yoon cast Lee Min-ki after seeing his potential in Haeundae, and also intends to bring onboard a few more cast members from that film, Kim In-kwon and Kang Ye-won. Quick will begin shooting in the latter half of the year and aims for a release in early 2011.

This sounds promising — as good as Lee is in dramatic roles, I love him even more in wacky comic situations (see: Mixed-up Investigative Agency) and can totally see him freaking out over a bomb that he inadvertently carries on his bike.

YAY for another LMK movie!

I think I just made a miraculous recovery from the cold from hell! Thanks for the heads up, cingdoc (and JB for some great news today)!

He does well in comedy, I think.
Great picture of him here!

he needs to come back to the kdrama scene too!!!

He is my favorite - I still haven't watched Haeundae -

Yay. I second ohemgee, I want to see him do a kdrama too!

He is definitely at his best in quirky humorous roles :)

I agree, Min Ki should do another kdrama. Yay for LMK in another movie though!

I miss Lee Min Ki doing dramas!!! Kudos for him though to be in a lot of films recently!! I wish for him to have more good and successful projects before he enlists for his army duty. I try not to think about him being gone for 2 years, but I feel like since he is an 1985-er. I am dreading for that news to be announced for sure.

One of the most memorable and adorable and romantic characters ever in a drama, in my personal opinion, are Kang Tae Bong (from Dal Ja's Spring) and Nam Bong Gi (from I Really Really Like You)!!!

Yes! I love to hear news about him.

Lub that picture of him

omg love love love! thanks for uploading! i just watched episode 9 and let's say it's really intense! (in a good way)

I love the characterization and how real each person is

thanks for your recap!

wahahahaha! this guy never failed to make me laugh with his comical characters! and his character in haeundae makes me cry~

looking forward to his upcoming movie! (((:

Any news/remours of forthcoming drama. I miss watching him in a drama. Love this dude.

He's among my favourite K-actors. Just love LMK in i really really like you. That was the first drama i saw him in.

When I saw Lee Min Ki for the first time, I liked him...no more than that. I thought: interesting actor. But my love for him was growing up little by little. I had the opportunity to see his movies and dramas and now I really, really love him.
He is not attractive immediately. He conquests your heart with his charming skills:
- he is tall (I love that!)
- Very sexy lips (I love that too!!)
- He is so expressive when he acts.
See him carefully. He is very expressive in his movements, with his face.
- He is also so funny in comedies: that kind of silly, cute, innocent expression.
- That spontenous and simple personality. I imagine that in real life he is exactly the same. Charming, simple with a gorgeous personality.
- And he is a very good actor.

I am happy to know we will have the possibility to see him again in 2011.
I read he is more concentrated in movies than in dramas, but Lee Min Ki....we really miss you in a romantic drama...you as a main lovely character.
I am Spanish. Sorry for my mistakes!! Hope you get the ideas.