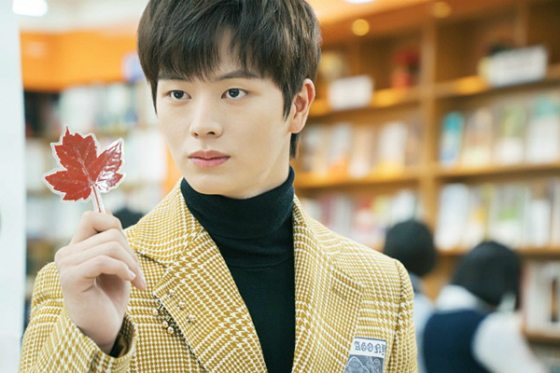 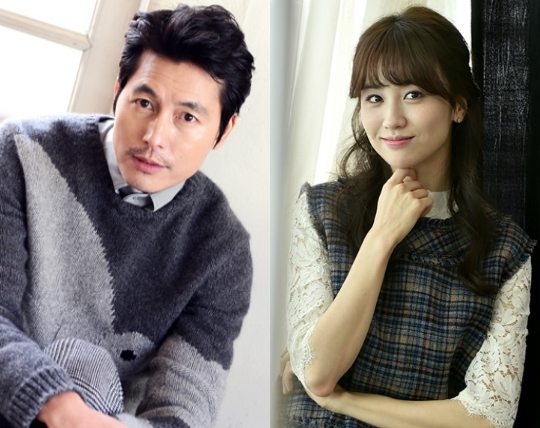 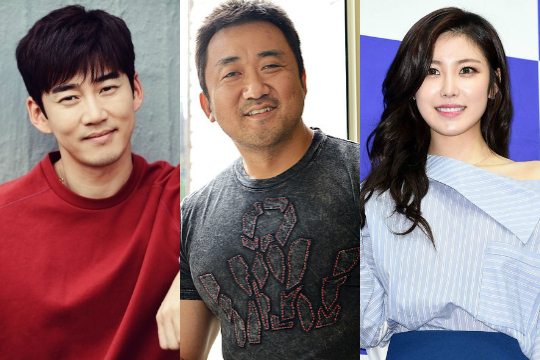 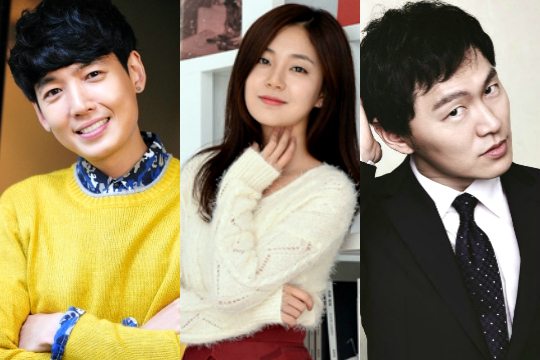 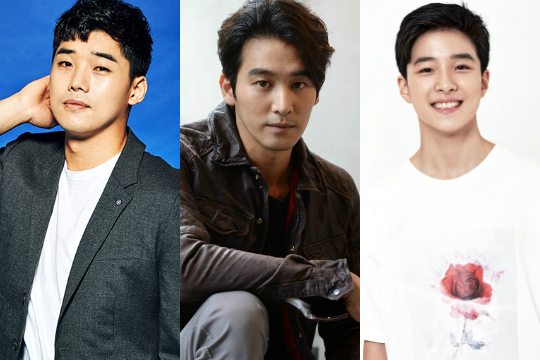 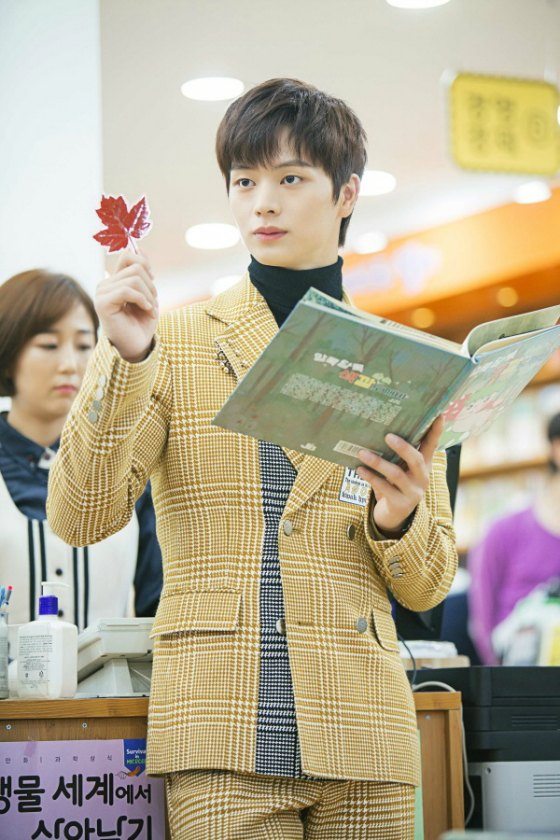 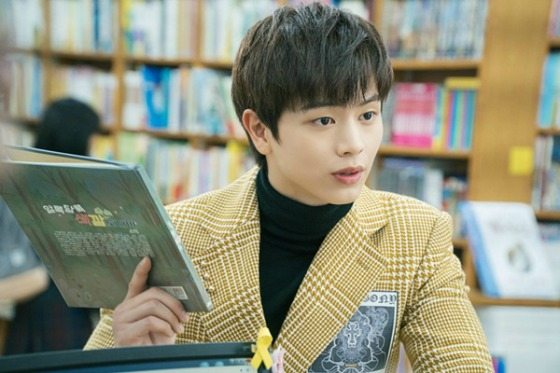 Sungjae just had his comeback!

I bet he's going to be annoyingly funny and clingy in the drama.

LOL. That's my comment but really, all I did was post a link. No need to cr for something so small. LOL.

Tbh, when he said in this script reading https://youtu.be/PliD9cEhstg?t=91 that he would try hard, I thought it was just lip-service. I feel bad for underestimating his dedication after reading that article tbh. LOL.

He had rejected so many potential roles previously due to scheduling conflicts :X

Finally the wait is almost over.. Can see him on TV again..

He rejected Louis in SKL, and Yongsung in MDBC. I'm not sure about Picnic... I remember hearing about it but don't quote me on that.

I'm pretty sure the only reason he could do this role is because it's a small supporting role. He's even busier these days than when he rejected the above roles. He has Korean Comeback with Pray (I'll be your man) in November, then Japanese comeback with btob 24/7 in December and then year-end performances too.

I still remember last yr awards show when he attended MBC, SBS, and KBS awards show all 3 on the same night. :D

It's debatable whether 2015 or 2016 is busier for him~~~ but one thing for sure, I dunno if he will repeat the insane schedule he has last year for year end.

And to top it all of, he had KBS and SBS music festivals in the previous days as well.

It still cracks me up how shocked he was to receive 2 couple awards. His face when they announced he won best couple each time was hilarious.

I loved the MBC Ent perf best out of the four because of the transformation. I bet people think the same as me because the fancam for that perf is over 2 million views just to watch the transformation. kkkkk. Then MBC music festival, then KBS Love song, then SBS (tho his duet with Hyungsik was daebak!!!)

Red carpet look. Honestly, I loved Joy's navy dress for MBC Ent awards best. kkkkk. If I have to judge Sungjae, SBS, then MBC music, then MBC, then KBS.

lmao debbie. Are you grading the four? lmao.

Thanks for compiling all that. Thumbs up!!

That marry you performance was soooo cute. <3<3<3<3 I didn't know Sungjae could sing. I like Taebi last year so yay for best couple awards.

This year, maybe he'll get it w/ a male star for a change after getting 2 w/ girls. jk. I bet Lee dongwook and Gongyoo will get it. :D

That MBC Marry You Performance !!!

Sorry to Sungjae and Joy, but the highlight for me was the Infinite Challenge cast reaction. Yoo Jae Suk clapping and Haha asking for a kiss. Hilarious.

Love this song. Hope the boys do well with this comeback!

Their MV already reached 2 million views faster than any other MV released. :)

*any other BtoB MV released*

Thanks for the Yook Sung Jae photos, total eye candy, that's all I need. I skimmed the article, knowing More of YSJ awaits at the end. Clever Girlfriday.?

Ha, I saw Sung-jae's BTS vid that those pics are from and despite not knowing what's going on, I can imagine the cheesiness. Even Sung-jae, himself, couldn't handle the cheese, asking if he really has to say these lines like that. ???

You're talking about this right?
https://youtu.be/yTbdvUDE9lw?t=217

I still have no idea what he's doing with that maple leaf except trying to look cool and failing. LOL.

Oh, don't mistake it, he can DEFINITELY look cool when he wants to, even when his real-life personality is the complete opposite of cool. :D

omg I NEED THE CLIP FOR THIS RIGHT NOW

Can anybody tell me where it's from?

I've only ever watched him in Village of A something. I didn't know he could look this cool. WTF. "O"

LOL. Here you go. LOL. You made me laugh.

@nina go here http://www.dramabeans.com/2016/10/open-thread-470/ on #3 and you'll change your view on Sungjae. His character in Achiara (A something LOL) is only reflective of one fraction of his personality. In one word, he's weird. LOL. But also cool. He calls himself "Yook Jalddo" (Instagram 6_zalddow) for "Handsome Weirdo Yook" LOL.

For his "weird" side, I recommend watching on youtube the series "BTOB quiet and reserved idols." Warning, don't eat and drink before watching.

THANK YOU SO MUCH!!! I'll make sure to check out your recommendation before Goblin airs Diana. I paid more attention to Jo Boah's boyfriend in Village than Sungjae. Cannot effing believe on gif is making me fall this bad. I'm so shallow. ^-^"""""""

Diana, ur talking about this yt series right? https://www.youtube.com/watch?v=7hQrNw31fHs just finished all of it. Weird is an understatement for SJ. What a dork.

if that's not the biggest piece of BS I've heard.

@Kim oh I know he can look cool. I'm just saying it's typical of him to fail at being cool. LOL.

Siriusly, what's the use of a good face and body if you're using it like that????

@Sam LMAO that clip is priceless!

I did NOT expect that. It went from lol, to WTFkry real fast...

DAFUQ did I just watch???

@Sam true... a complete waste of his good face. can't believe this is the same person as the one singing in that comeback clip. tsk tsk. hee.

(Van, how did you do those icons thingy?)

Hmm... idk why there's no "reply" button on your post, debbie, but YOO-HOO, DEBBIE! ?????? I hope you see this!
I'm just using the emojis I have on my phone's keyboard. ? I have an iPhone, so I just make sure the emoji keyboard is enabled in Settings, and I use/switch over to the emoji keyboard. Some phones may require you to download an emoji app. Good luck!

Thx so muuuch Mwua. Van, you just opened a new world for me. Haha.

third that! I immediately saved that .gif hehehe

Yep, that's the one! Ahaha, idk what he's using the leaf for, but I prob won't be able to take him seriously... and neither could Kim Go-eun!

I heard Goblin is set up in Canada so the leaf might have to do smthg w that?

Jung Kyung-ho and Baek Jin-hee <3. That's what I was waiting for. Thank you GF.

Just pray drama will be good. Even it will be a mess hopefully at least half of it still good. ;)

Is it a coincidence that the first thing I thought of when I heard "Yook Sung-jae sandwich post" was Subway? I think not! They should really just start renaming their sandwiches after famous Hallyu stars.

You mean, *they should really just STOP overdoing it with the obnoxious sandwich/subway/Quiznos/papa johns/anything ppl! Sheesh. Is it just me that gets distracted when they shoot scenes w/ these ad items? It sucks because you can see and feel that most of the time, they're only going to subway or eating that sandwich bc they had to meet their quota and it practically makes no sense and comes off really random. You know what else really sucks? I think Goblin's gonna be loaded w/ ppl. ?? No me gusta. ??????

I love JinHee to bits in Empress Ki. Even if she's the antagonist, you will love to hate her. When she was paired with Choi Jin Hyuk, I loved her even more.

She is talented and she has an equally talented partner in Jung Kyung Ho.

For those who haven't cast any in a drama, hope to find someone who has not just good quality, but excellent quality. Better find it as soon as possible.

Can't wait to see "Goblin" in December. Although the story is a bit confusing, I'll wait because of Kim Eun Sook's writing.

I don´t get one thing... why is the Goblin "shining"? is he a human lantern or something?

I was so excited for Crime City for a second until I realised it's going to be a movie and not drama (which means I probably won't be able to watch it ever).

I need a dose of Yoon Kye Sang now that I finished The Good Wife - can anyone tell me if Last or Full Sun / Beyond The Clouds is better?

Haven't seen Full Sun, but I highly recommend watching Last. It's such an underappreciated drama and the characters were great!

I don't know which one is better but I did liked both drama.

Comment 1 & 2 are both about Sungjae. Didn't know there were Melodies here.

Funny is that I'm currently streaming MBC live right now while browsing on DB waiting for Sungjae & Btob comeback performance to air. Music core has been airing for 30 minutes now and still no sight of Sungjae or Btob to be seen yet. That means more lurking on DB. :D

Gurl (I assume you're a girl), how do you even have the patience to stream music shows live? I just wait for my twitter to give me the links. keukkkkkk

See... the performance just aired 10 minutes ago, and I already have the link, no streaming needed. XP

Honestly, I prefer the wine velvet suits from that live posted in the first comment. The fanchants in this one tho. O_O

You must never go to Open Thread posts. kkkkkkkkk. If you went to the one a few weeks ago (469?), you would know Melodies are plenty on dramabeans. They threw a party and went wild. O_O It's probably the fact that Sungjae has been in many dramas like Reply 1988, Plus nine, School 2015, Village so people on dramabeans are more likely to know him. XPPP

eh.. there was also a 2nd performance today on top of their title track. Why? kkkk. It's short though XPPP https://www.youtube.com/watch?v=l6uIWuM1eW4

You can hear how loud the fanchants are much more in this fancam.

KHJ probably meant Reply 1994. He was the brother.

pwuahaha. Did you use the youtube link? I was there streaming too!

I'm an EXO-L, and they ended up last. I waited for an hour. Btob perf came in the middle so it's not as bad. They were cool ;)

Here's larger Goblin official pix than the one posted.

I jazz-handed in glee when I saw his name oh lord, haha. One of my most favourite child actors ever, and he does actually sort of look like Si-wan, now that I think about it. But YAY DA-REUM! Can't wait to see him on my screen again, though I'll probably just watch his early episodes in the end haha.

I can't believe he's in BOF! Was he the tiny Gu Jun-pyo?

He was Mini Yoon Ji-hoo! And he probably outacted his adult counterpart too, haha.

I love Nam Da Reum! He's such a cutie and an excellent young actor. And, I agree, he does kind of look like Im Si Wan. Kid's gonna grow up into a handsome man some day.

I keep hoping that I'll see Kwon Hyun-Sang named to a bad-guy role - I suffered through his office comedy-melo and he was not menacing even once. And he's apparently in some soap opera..."Ever Spring" or something? Earnest does not sit well on that actor.

Though I am heartened to see Ma Dong-seok getting lots of work - I love that man's acting. Really, really enjoyed "Train to Busan".

I think it must be really something for current child actors to play younger versions of former child stars.