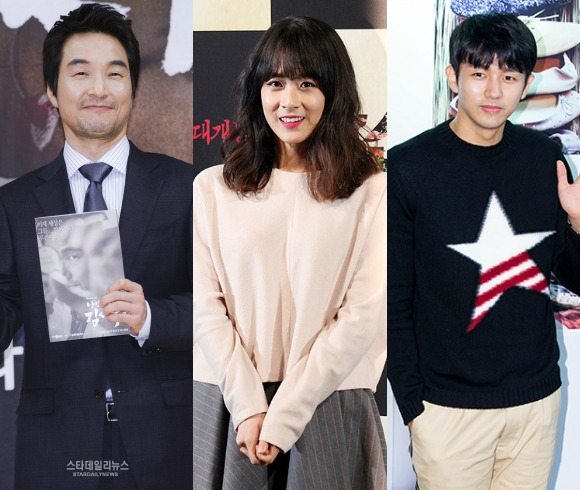 The movie is based on a true story from 1998 and begins with the death of a junior lieutenant officer in the Joint Security Area, a part of the Demilitarized Zone where North and South Korean soldiers guard their respective borders face-to-face. His father, who is a reserve military lieutenant-general, attempts to pierce through the mystery that surrounds his son’s death and uncover the truth. Han Seok-kyu is in final negotiations to play the father, and Im Seul-ong to play his son. Ryu Hyun-kyung’s role is unspecified, as of yet.

Despite having been proposed last year, this movie failed to get off the ground. Han Seok-kyu and Im Seul-ong were first offered their roles then, and it’s possible that the sensitive subject matter of the film may have been a source of contention that led to investors with government ties pulling their promised funds. With the recent presidential turmoil and the changing political climate in Korea, it looks like the Father’s War has found the opportunity to voice its message.

Indie film director Lim Sung-chan (A Light Sleep) will be helming Father’s War, which will start production in either February or March of 2017 after final casting decisions are made.

Well, i just hope in this movie se won't a mixed personality.
I could never figure him out in role as Teacher Kim.

It wasn't me on the top coment.

Well, i just hope in this movie he won't have a mixed personality.
I could never figure him out in his role as Teacher Kim.

Please ignore the above coment

In other words they need an A-list veteran to carry this film.

Wow the plot is good n I'm sure Teacher Kim will do another great job like he has done in RDTK. The storyplot actually reminds of me one of the medical cases that happened in RDTK (soldier who mysteriously died n the highers-up are trying to cover up the truth behind his death !!)

I think this is second time Seulong acting in movie based on a true story. Wait, isn't he will going for army soon. Are they already shooting or what?