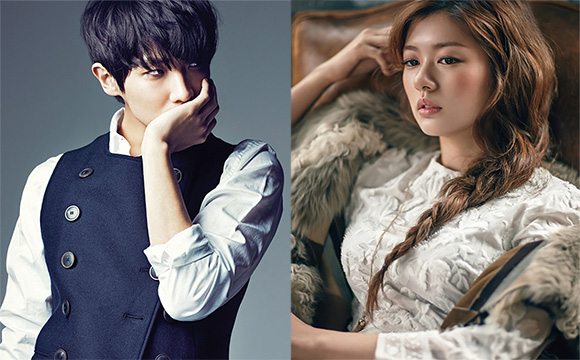 With most of the current weekend family dramas having passed the midway point, broadcasters are already planning the next ones to air. KBS’s upcoming Father Is Strange has gone on a casting blitz, offering roles to key mainstay actors on the family drama scene including Kim Young-chul (All’s Well With a Happy Home) and Kim Hae-sook (Yes, That’s How It Is).

Father Is Strange is about a family that lives on the outskirts of Seoul, held together by its hardworking patriarch and his wife, presumably to be played by Kim Young-chul and Kim Hae-sook. However, this father has been hiding his real identity for thirty-five years, and now all of his children are grown and about to be married. His wife is a dedicated, responsible mother to his three daughters and one son, but with him, she’s full of aegyo. Suddenly one day, a young man shows up at the household, and declares that he is the son of the family. Despite knowing that he is not the birth father to this young man, the patriarch takes him in and insists that he is his true son.

Lee Joon (Woman With a Suitcase) has confirmed that he will be playing the male lead for Father Is Strange. This will be his first time acting in a family drama. The role was originally offered to his Woman With a Suitcase co-star Joo Jin-mo, but he declined due to scheduling issues. In the original character bio, Joo Jin-mo was supposed to play a cold, proud, and sensitive celebrity who grew up in America and became a successful actor in Korea. Whether Lee Joon’s character will be adapted from the previous description or whether it’ll be scrapped for something entirely new is still up in the air. 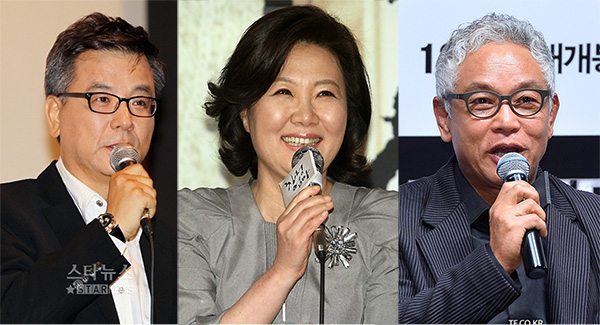 Jung So-min (The Sound of Your Heart, D-Day) is in talks to star as the female lead. If she does decide to join the cast, it will be a reunion between her and Kang Suk-woo (Glorious Day) who played her father-in-law in Can We Get Married? Kang Suk-woo has already confirmed his role as a successful department head at a major news outlet, who proposes a “marriage graduation” to his wife (meaning that they still remain married legally and socially, but are free to live unhindered by each other’s interference).

Award-winning writer Lee Jung-sun will be writing the scripts for Father Is Strange. She was the main creative force behind Ojakkyo Brothers, which I enjoyed immensely. What’s got me worried is the PD, Lee Jae-sang. He’s directed some of my favorite family dramas like Sons of Sol Pharmacy, but his most recent projects Bel Ami and Trot Lovers were just awful. Like poke-out-my-eyes-please awful. Well, hopefully, he’ll make a turnaround with this upcoming series.

Weekend family drama Father Is Strange will air in February next year after Laurel Tree Tailors finishes its run.

I really liked Jung So-min in the KBS special "Red Teacher". I hope she accepts the role in this one.

Know the feeling. But please leave my ears intact so I can catch the musical bits in Trot Lovers.

Ive only watched Jung so min in playful kiss( she carried that drama) and twenty the movie. she is cute and i think lee joon and her would make an adorable pair. But a weekend drama.. that take a lot of commitment...

I will make that commitment for Jung So-min and hoping for a lot more of this truly underrated actress.

She made Playful Kiss my comfort drama.

Lee Joon picks good projects, I enjoy him a lot on screen. I don't watch a lot of family dramas (Five Kids was my last one), but I will check out this one.

Wow.. Reunion of Kim Yeong Cheol and Kim Hae Sook..! I love them in Life is Beautiful. It's the first family drama I watch without skipping any episode.. All 63 of them..

Look forward for this one, cause I like Lee Joon also.. especially in Heard it through the Grapevine.

Grapevine was a fantastic show, best drama of 2015. And what it did prove was that Lee Joon can do longer dramas, he should be able to handle a KBS weekender just fine. Plus I like the idea of him+Jung So-min.

Lee Joon finally become a lead, congrats to him I hope I can survive this long run weekend drama

Huh?! He was the lead actor in Vampire Detective so that makes this not the first time for him.

Thought he would be a bigger star by now. But, I guess he tends to pick more serious fare compared to his peers. Liked him enough in Heard It Through the Grapevine, but found him limited in What is the Ghost Up To?

from joo jinmo to Lee joon? i mean they're almost 10-12 years apart different. how the character should be change with that age different

They are actually 14 years different in real life. JJM is 1974 and LJ is 1988. I think the chaRacter can stay the same,just change the age.

"a cold, proud, and sensitive celebrity who grew up in America and became a successful actor in Korea" - i can easily see either JJM and LJ in this role.

Yeah... I think they adapted the role for Lee joon or they created a new role for him. Now I understand why Kim Soyeon said at her fan meeting that she is not sure if her new project is confirmed or almost confirmed. I think they had in mind Kim So yeon and Joo Jin Mo`s pairing. It was necessary some changes. For me is not clear at this point who plays with who.
A family drama has a long cast list.

I think Kim Soyeon have confirmed to be in this drama..but I'm not sure about her character, i think she will be a lawyer..i wonder who will be her partner..Joo Jin Mo - Kim Soyeon seems like a great pairing but too bad JJM opted out..if they decided to pairing Lee Joon - Kim Soyeon, it will be a bit awkward but still bearable..at least Lee Joon will get the girl this time, unlike in Woman With A Suitcase..

I like these two, and KBS weekend drama usually a fun to watch. Recently I watched JSM special drama "Red Teacher" and really love her in this drama.

When I heard the actress's name first, I thought it would be jeon so min ?. Really want her to get a lead role in prime channels.

I hope JSM will take this one. D-Day is the last drama of her that I've seen, so I'm anticipating to see her in a longer drama again. But, but... this one is a family drama so this must be very long series which is not my cup of tea. *Sigh* But for the love of Jung So Min plus Lee Joon being the lead actor, I guess I can bear it.

Kim So Yeon confirmed for female lead role
Surprised she is back to another family drama
Congrats Joonie for another lead role.
That's the golden hour with hits after hits. So it guarantee a success
So Min is a second lead i guess
Dont make her become Kim So Yeon's sister and end up liking the same man please

I hope this drama is better than her Happy Home. She is one capable yet underrated actress. She got two awards this year for Happy Home including Daesang during Korean Drama Awards because she earned it.

But I want to see Lee Joon-Jung So Min pairing honestly. I hope they get another actor for Kim So Yeon. Maybe they should make two different pairings just like Father I'll Take Care of You.

Weekend drama usually have more than 1 main couple, so I'm still hoping for JSM to be a lead female in this.

I too hoping to see her again after D-Day.

Darn. Was hoping for Jung So Min to get lead role. She's capable of lead role. Why is she stuck in second lead? On the other hand, I do love Kim So Yeon and glad she's back. But I hate weekend dramas and I wasn't a fan of Happy Home.

I love that Soyeon is in another drama. I wish it would not be a family drama again but that`s it. I watch her in anything. I agree that this drama will have more lead characters so it is possible that Lee Joon will be paired with Jung So Min.

I would have loved Joo Jin-mo to join this drama. I wanted a Kim So Yeon and Joo Jin Mo`s reunion for some time. I hope they will have another opportunity to play together in a drama or movie.

I am waiting for more details.

The main family has three daughters. Kim so yeon plays the second daughter and I think Jung So Min will play the youngest daughter.

It seams that Kim Soyeon will be paired with Kim Sang Kyung and Lee Joon with Jung So Min, so everyone should be happy now.

Jung So Min for The Sound of Your Heart, awesome stuff