Punch writer’s next drama back on schedule, Lee Bo-young up to star 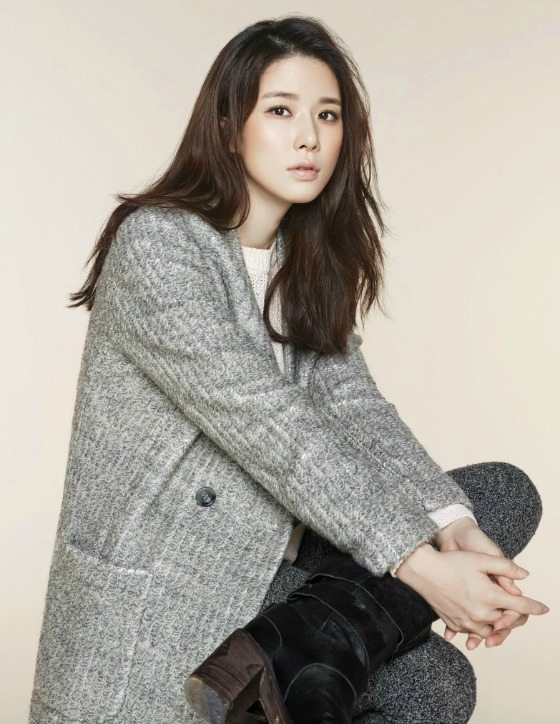 For a while it looked like acclaimed drama writer Park Kyung-soo’s next project might disappear altogether—the series that was originally called Advance was first announced in February of this year as a medical drama, and then revised to be a police drama, and got pushed back on SBS’s schedule a number of times, until it was scrapped entirely. I was disappointed, since writer Park (Punch, Empire of Gold, The Chaser) has a really strong track record for hard-hitting dramas that deal with corruption, politics, greed—I’m convinced he’d find the seedy underbelly of anything—and was doubly excited that Lee Bo-young (God’s Gift–14 Days) was being courted to headline. It took a while, but there’s finally some good news: The drama is back with a new name, still courting Lee Bo-young, and slated to air on SBS this coming spring.

The new drama is called Whisper, and will be a suspense melodrama centered around the biggest law firm in Korea. The story involves both cops and lawyers, and the leads will uncover a colossal corruption scandal of greed and power. Lee Bo-young has been offered the role of a police detective and section chief at her precinct.

The character spends half of her monthly salary on repaying her family’s debt, and can’t afford to buy herself new clothes. She spends so many of her waking hours with petty criminals that she’s blunt and harsh in her words, but underneath she’s a girl who still blushes in front of her crush. I would love to see Lee Bo-young playing a tough-as-nails cop with a marshmallow center, especially after watching her in action thriller God’s Gift–14 Days—she didn’t even NEED the cops in that drama, she was so badass.

While shady lawyers are familiar territory for this writer, I have no doubt that he’ll create fascinatingly dark characters and contentious moral dilemmas as usual. I’m actually glad he’s not doing a medical drama, since we’ve had a lot of those this year, and even the most fluffy medical dramas feature corruption and boardroom politics anyway. PD Lee Myung-woo of Punch and You’re All Surrounded will direct, and production is scheduled to begin in January once casting is complete. Lee Bo-young is also considering the tvN remake of Mother for later in 2017, which might make it a busy comeback year for her.

she already confirm morher so whisper will be going first.

I need to watch the original. It sounds good.

I have been tired of and disappointed with most of the remakes made lately as well, but a tvN remake of Mother actually sounds really good to me. Lee Bo-young is a good choice for it, too, I think.

I sort of agree with you im sick of weak remakes leading to more remakes but then i remember the best two serious k-dramas i have seen this year was Good Wife and This Week my Wife will have an Affair. Both are remakes made great by strong,acclaimed actors, talented writers,directors.

Mother can be as good as the original if the talent involved is good enough and not weak like people behind tvns Entourage....

I agree with you: it's impossible for them to top the original j-drama.
The casting, the cinematography, the writing: everything is on a film level, worth of the most prestigious awards.

But i don't believe that the korean producers are trying to compete with the original work. I think they're only looking for to tell the same story with a korean flavor.

I will watch it because i like usually korean drama so much more than japanese ones, Mother being the only exception (and it tops my list: even Signal can't beat it).

Mother and Soredemo Ikite Yuku are my top 2 of Sakamoto Yuji's works. I hope It's rather that way. Just take the idea/meanings behind the drama (it's better if they also read the interview with the writer to help them to understand the drama better) then present it using Korean's perspective and try to make it work. I still think it may work if it's done right though.

Wow!!
This is what I call great news.

Wait, so is she doing Mother or Whisper? She's done both genres but I was looking forward to Mother more, though this sounds very tempting, with the addition that it's from the writer of Punch. We need two Boyoungs for this.

But Mother is not from the writer of Punch though, It's "Whisper" ._. .

Mother will be written by the Handmaiden's scriptwriter.

I've been waiting for her comeback for so long! thank goodness we can finally see her again in the small screen. So if ever these push through, spring dramas will feature LBY'S drama in Mon-Tues and LJS's drama in Wed-Thurs

I'm glad she's coming back. Regardless if it's a remake or a rewrite, she'll do good.
Fighting :)

Great, they can take turns watching the baby (even though they probably have a nanny) while showering us with their magnificence. Everyone wins!

I fully trust this writer... even if that character description sounds like your typical "strong-candy-but-not-really-strong-in-the-end" heroine from rom-coms. O_o

Park Kyung-soo is one of the very few good writers left in Drama land. I've loved every single drama that he has written .
Not surprised that he is still with SBS. I hope they're treating him well.

Looks like we have something to look forward in 2017 :D

Thoroughly agree! All three of these were wonderful, though Punch is the one I found most devastating. It also got me to take a second look at Kim Rae-won, of whose earlier, ditzy comedies I wasn't a fan.

Yea I prefer him in more serious roles too.

Yeah Park is my fav kdrama writer so i'm excited to see him back with a drama that sounds like his type and not some medical drama. Not many writers makes me as excited to see work of as fav actors.

I knew I'd follow his work after The Chaser. The cast was also perfect for his debut project.

these are great news after a long wait for her comeback to dramaland!! ^__^

I couldn't finish Punch but I still have faith in this writer. Hope she accepts it!

I rather she only chooses Mother, cos she already did the tough act I want to see the soft side of her now.

As LBY fan i think its much better for her career, work to work with the acclaimed, always great,hardcore writer of Punch, Empire of Gold.

It can be a drama to lead her to many awards,acclaim. The writer is so good that it can save her from the bad reviews of God's Gift and show she can be lead actress in tough role, dark drama, Show her range that she doesnt need romantic melodramas, romantic supernatural dramas like her two biggest hits.

will watch for the writer! punch was really good!!!

Oh great news. I've been patiently waiting for this writer's comeback. Those last three dramas he wrote certainly did not disappoint.

Looking forward to this.

She's already confirmed in Mother, though.

I'd rather see her do Mother. I tried watching Punch and didn't like it. I don't like dramas full of politics, greed, corruption and the like. They don't do anything for me.

I hope LBY confirms, i think she is good at feisty, tough roles the cop sounds perfect for her. Park is to me the best Kdrama writer at the most along with the writer of Secret Love Affair/Hearing through the grapevine.

It will be nice to see her in two serious drama roles.

This writer is awesome. But LBY already confirmed Mother (according to Koala) so we'll probably get someone else...

Except for Koalasplayground, I could not find any other news about her "Mother" confirmation. For Park Kyung Soo`s drama "Whisper" I think she is in the final stage of negotiations. I read an article (RAW translations) that is in the process of coordinating details. She could do both dramas because the tvN remake will air later next year. She is so lucky to have not one but two good dramas of two successful writers to chose for next year. And there is no scheduling conflict.

I should've known. Koala isn't exactly the most reliable source of information...

Yeah I can imagine Lee Bo Young being badass and awesome! Would love to see her reunion with Jo Seung Woo, since it's not possible to have her and Ji Sung pairing.
LBY-JSW reunion will bring justice to GG14Days! You can do it SBS!!