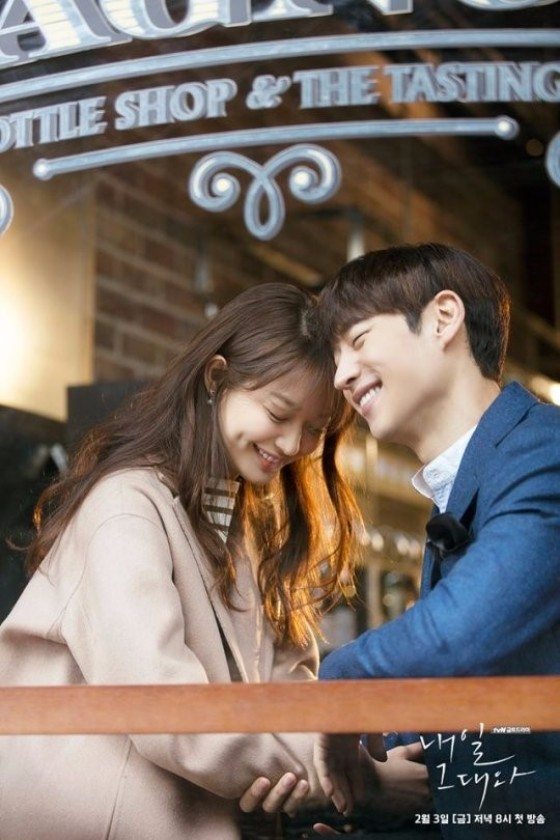 As February (and Valentine’s Day) grows ever closer, more promo tidbits from tvN’s Tomorrow With You are being released, and the beautiful romantic mood is enough to make the rest of us wistful for a time-traveling soulmate of our own. In the latest posters, the featured couple snuggle near a windowsill, hold hands on the streets, and take photos of each other.

The upcoming rom-com drama is centered around the love story between a wealthy investment CEO, played by Lee Je-hoon (Signal), and his unpredictable, spunky wife, played by Shin Mina (Oh My Venus). Of course, this is the formula for any standard K-drama romance, but there’s a twist: Lee Je-hoon can travel through time using the subway (no, not the sandwich). Naturally, this is great for his business and for buying lottery tickets, but he also learns about his impending death.

In the first teaser, Lee Je-hoon witnesses his body being carried on a stretcher while a portending voice tells him the exact time of his death: March 25, 2019, at 9:10 PM. Like any human being, his urge to live trumps everything else, and he uses his knowledge to change the future despite warnings against messing with time.

Ooh, I’m getting chills, and that grim color scheme definitely added to all my Signal vibes. But Shin Mina’s teaser took me right back to laughter and happy thoughts. When he messes with the space-time continuum, Lee Je-hoon complicates his own future and somehow ends up with a wife that his future self said he would marry. But it doesn’t seem like the start is that smooth — at least, that’s my impression of this character teaser:

As memories of her drunken night arise, Shin Mina yells at herself in the mirror for all her embarrassing moments the night before. She’d told her drinking partner things like, “Don’t like me, or you’ll get hurt,” “I’m not a loose woman,” and “I can be very alluring.” Morning-after Shin Mina hopes she didn’t talk about having pretty legs… only to have Flashback Shin Mina declare proudly, “My legs are very pretty, you know.”

These are the first teasers that give us an actual insight into the plot, and it looks like we’ll be in for a cute romance paired with high life-changing stakes, which I’m always down to watch. Friday-Saturday drama Tomorrow With You starts February 3, after The Lonely Shining Goblin ends. 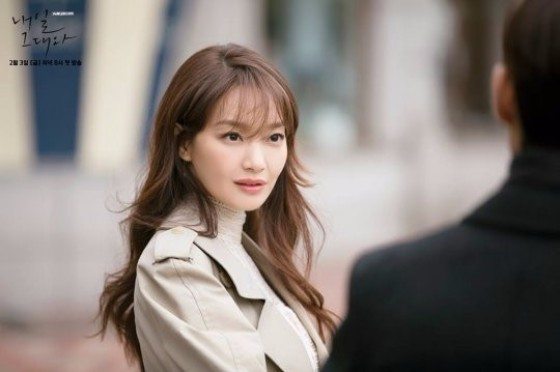 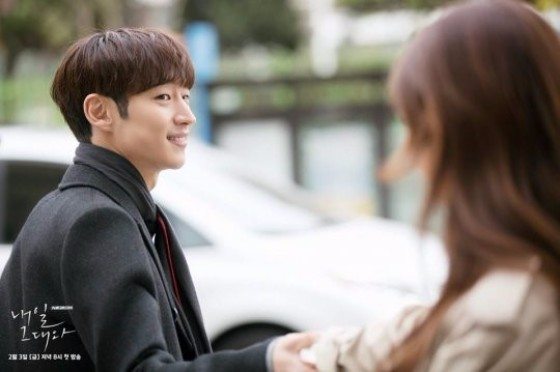 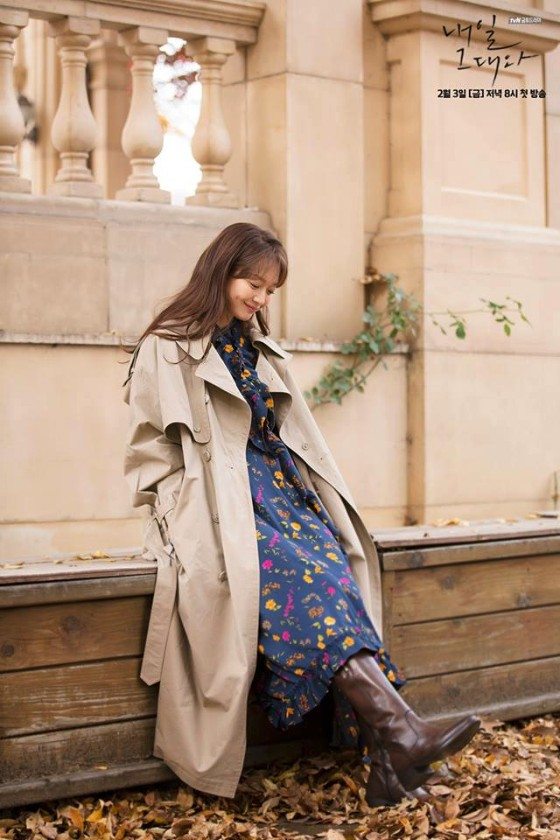 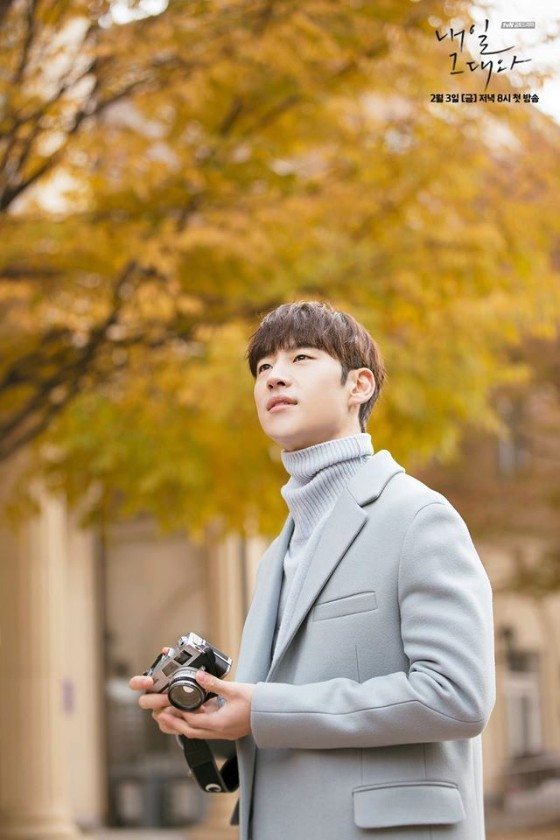 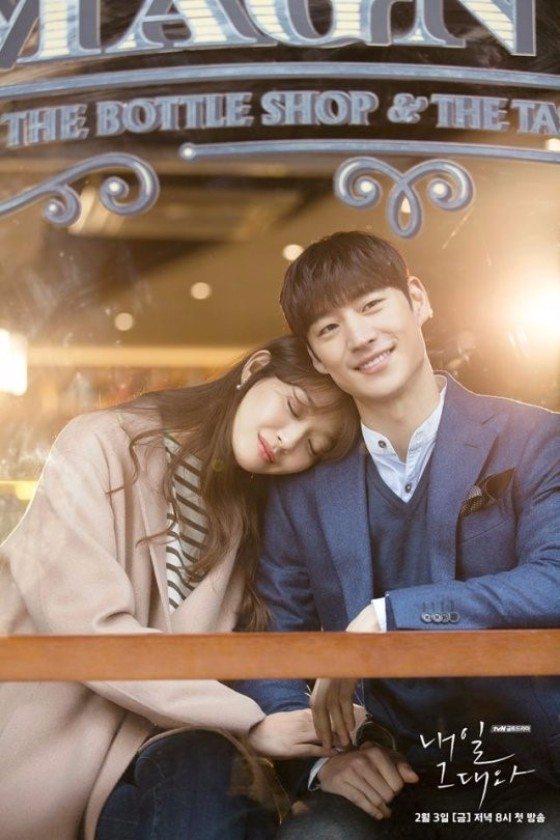 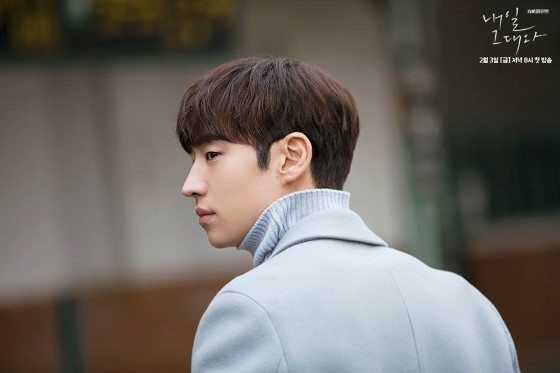 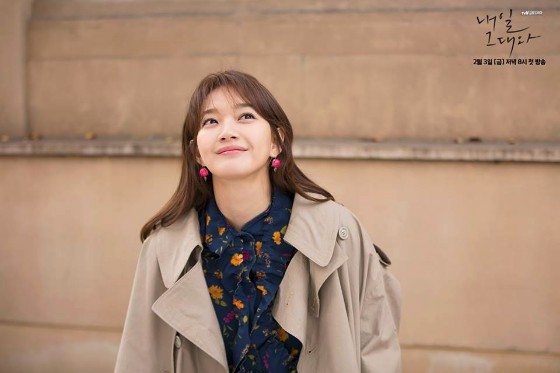 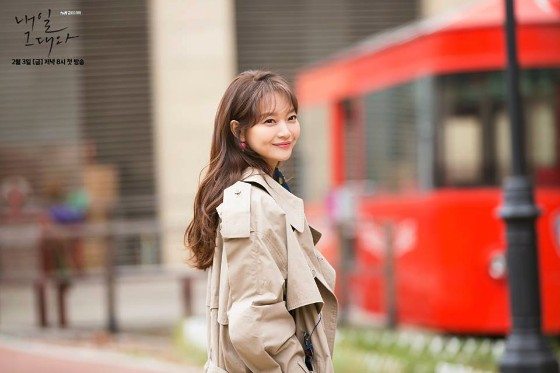 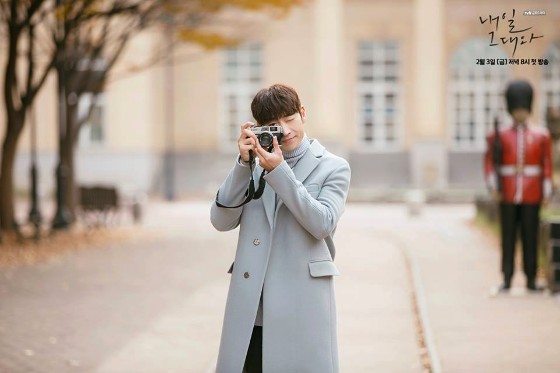 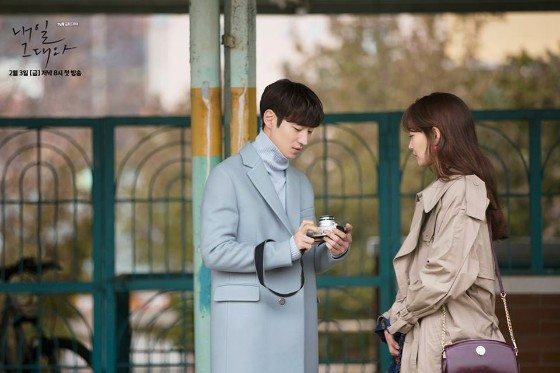 So I'm a bit confused. Did his future self marry Shin Mina?? Or someone else? So he is married but needs to win back his wife? In the past or present or future? Lol mind boggling.

He goes to the future and finds out he dies and tries to change it yet he can't and he finds the sole variable that isin't in his future and makes him die,aka Shin Mina and he marries her to prevent himself from dying...(the one who he talks to is another time traveller i guess telling him not to see his own future because he will become miserable,like some unspoken rules not to be broken)

This feels like the plot of time traveler's wife exactly but with a few modifications.

Some bits remind me of About Time as well, also starred by Rache Mcadams.

Ooooooohhh~ sounds and looks great! Tbh, I've been avoiding checking this drama out too much because it'll remind me that it's the very show to replace Goblin when it ends, so *tears* but this post sealed the deal for me! I guess now's the time to gradually get over Goblin... *more tears* anyways, this looks and sounds fun and interesting, though now I can't help thinking how much money they missed out on for NOT having him be able to time travel using THE Subway. Haha. Jk, because I wouldn't be near a drama if that were the case!

True that re: Goblin ending and this starting. My heart is breaking to bits at the thought of Goblin ending yet Mina's dimples and the lovely autumn stills seem to be gathering my heart's tiny, broken pieces and gluing them back again. Lol.

I was going to say that even the color grading looks the same, but then I remembered that the Oh My Ghost PD also liked to use terribly dark blue/green scenes, so maybe it's just a style.

I've been so hyped about this drama for so long, I'm going to be terribly sad if it isn't good. *crosses fingers*

Hi everyone! I'm a newbie here at dramabeans but I've been watching kdramas since April of last year. I am very excited to watch Shin Mina on TV again. She was great in Oh My Venus. I was wondering how do you choose which shows to review that are currently on air and if you will review My Shy Boss? Thank you for all your hardwork and I hope to be commenting here more often :) Fighting!

I think there will be recap on My Shy Boss too. Even there is no, please always join us at Open Thread section (every Friday), and Team Dramabeans : What We're Watching slot.We always discuss many many drama here (and not only Korean drama).

If you love Shin Mina, watch her in Arang & The Magistrate and My Girlfriend is Gumiho (in case you never watch any of these). You will love her more and more. ;)

Also recommend My Girlfriend Is A Gumiho. That was enough to make me a lifelong fan.

seems like a wonderful production. WOW... can't wait to watch it..

They look great! And in some angles LJH kinda reminds me of my current weird happy crush Lee Sang-yeob. ?

Yeah, I notice the similarity between Lee Sang Yeob and Lee Je Hoon too. Both of them are good actors, it's too bad that Lee Sang Yeob hasn't get the chance to be the first lead male in a popular drama.

Btw, do you know child actor Nam Da Reum? Somehow I imagine that when he grows up, his look wil be similar to LJH and LSY

Aww. Their chemistry's just reverberating through my tablet screen.

What a beautiful onscreen couple <3

I knew it. Someone will die. Can I have a time travel movie or drama that doesn't involve any of the leads dying?

First read, it sounds like The Time Traveler's Wife too me (one of my all-time favourite novels)
Yet, I am hoping that unlike TTTW, it wont end sadly.
Am still sad that Henry could do nothing to escape his death.

Any bets for Subway getting another PPL? Yes the sandwich.
I mean, just look at all that pun ideas.

hmm....maybe there will be a mysterious Subway sandwich seller in that particular subway (tunnel), everytime he goes there and get a sandwich, while he bites into the delicious sandwich, he gets time-travelled....

There's always never a lack of Death as the main antonganist.....laughs

Lol I'm loving the fact that LJH's alleged over dramatic antics are on roll again. I for one love how he gives expressions.

Maybe Detective Lee Jae Han can help him? or maybe a cameo of him in certain scene(s)....haha :P

I echo this sentiment!!

How gorgeous is Shin Mina...I have this massive girl crush on her!!
Just saw the bts of the poster shoot and LJH looks smitten by her...can't blame him.;)

Looking forward to this show.

Looking fwd^^.. but will there be a tragic twist? He marries her to prevent his premature death - but indirectly leads to events resulting in hers?? This could be a cautionary tale not to mess with fate and change what's predestined.

Yes, the past time-travel theme kdramas always teach their leads to not manipulate with destiny and history (they most of the time will backfire)...