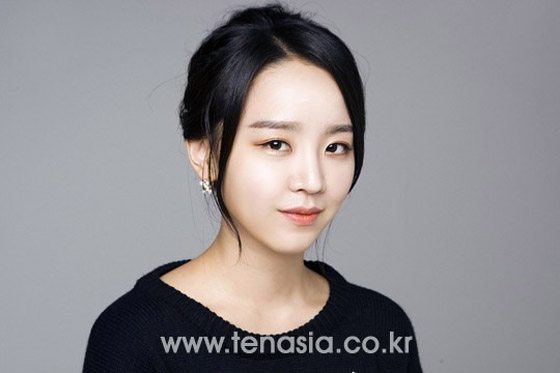 Good to see that Shin Hye-sun is keeping up with her busy drama schedule, and is looking to follow up her current (but soon-to-end) gig on Legend of the Blue Sea with a role in tvN’s upcoming Forest of Secrets, the mystery-thriller starring Jo Seung-woo (God’s Gift–14 Days) and Bae Doo-na (Tunnel). The drama centers around a prosecutor who’s lost his emotions who sets out to catch a criminal and get to the bottom of secrets within the prosecutor’s office.

Shin Hye-sun is positively considering the drama, according to her representatives, who confirmed that she received the offer to play a trainee prosecutor from a prestigious background. The character has a strong sense of pride that can get in her own way, given that she’s still a trainee with much to learn but finds it difficult to acknowledge that and impatiently wants to prove herself based on her skills. It sounds like just the kind of character she would be great at, because there are aspects of that personality that are admirable, even as I can see them becoming problematic and frustrating for her.

Shin Hye-sun is still at the supporting actress level of her career, but I’ve taken notice of her because she always seems to be able to make a stock or background character stand out just a little extra bit. (See: Oh My Ghostess and She Was Pretty, as well as her breakout role in a supporting loveline in weekend drama Five Kids.) Even when she’s playing an annoying character, I always end up finding her cute and entertaining, which is a skill not to be taken for granted in dramaland, home of so many aggravating second leads.

Forest of Secrets will be directed by Mrs. Cop and Rooftop Prince director Ahn Gil-ho, and is set to take the Monday-Tuesday tvN slot in May, following The Liar and His Lover, which follows Introverted Boss.

I remember watching her in School 2013 and thinking if she'd ever make it in the industry.. I'm really glad she's getting constant work. For some reason, I hold the cast of School 2013 so dear to my heart, from the major characters down to the least significant one...

and I'm still so bummed that she didn't get Best Couple award with Sung Hoon during KBS Awards.

Yes...I'm also disappointed that she didn't get the Best Couple award with Sung Hoon for Five Kids. Next to the main couple, they were the best thing about that drama <3

Here's hoping that she'll be in another drama with Sung Hoon!

"For some reason, I hold the cast of School 2013 so dear to my heart, from the major characters down to the least significant one"

wow I thought I am the odd one. yeah, me too adore the cast.

When is Choi Daniel going to be discharged from Army?
Jang Nara - upcoming drama Housewife detective
Lee Jong Suk - upcoming drama While you sleep with Suzy
Kim Woo Bin - last drama uncontrollable fondly with Suzy ~ talk about fate
Park Seyoung - Last drama beautiful mind
Hyo Young - she's in a daily drama. i don't watch daily drama
Lee Ji Hoon - Just finish Legend of the blue sea
Lee Yi Kyung - last remember him in Mirror of the witch (which Jihoon is also there as king)
Kwak jung wook - sadly have long since saw him
choi chang yeob - remember him in the genius season 1 & as guest in other seasons, but can't place him in dramaland

Yes! I love her and think her quite the chameleon. It took me half way through Five Kids to realize I had watched her on two other shows. Also agree about her making her characters stand out while making them likable. Definitely not to be taken for granted.

So Jo Seung Woo and Bae Doo Na are confirmed then?? Very exciting!!

Yays I still remember her role in Oh My Ghostess, it's soo good to see her still progressing and picking good projects to work in.

That was my first time seeing her act and I loved her there. She was good as the sweet and caring sister and wife.

she was like annoying, but in a not-so-annoying-and-cute way in legend of the blue sea.

i was actually rooting for her and the boy near the end of legend :D

Love her! Looking forward to this.

I really liked her character in She Was Pretty, so entertaining! And in LOTBS I found her to be annoying at first but found her to be endearing towards the end and hilarious at times too.

Is this drama based on a Japanese novel? Just wondering because the plot sounds totally like it would be (not saying only Japanese novels have the monopoly on quirky detectives; it's more that Japanese novels and dramas seem to love this trope the most :P)

YES! Agree with so many of the former comments. Didn't realize she was in School 2013! Really liked her in Ghostess, and then less so in Five Kids (or at least liked the character less, though she and Sung Hoon really stole the show on that family drama). She has been nothing but impressive in LOTBS, and holding her own against Jun Ji-hyun is not a small thing. So glad to see she is doing well and her talents being recognized!!

Love her! She was the sweet and bland little sister in Oh My Ghostess, I couldn't believe she'd be the flailing, gold-digging airhead in She Was Pretty next. But it's got to be Legend of the Blue Sea when I realized she can pull her weight next to Jeon Jihyun without looking pale in comparison. Girl is getting better and better!

Watching her curve out her place little by little next to so many big names is a delightful to be honest. Its alright, keep up the good work and a leading role may come you way.

I enjoyed her character the most in Blue Sea after that no-talk puppy hacker boy.

Congratulations for the upcoming drama, I am so happy for you. Take care always.