Shin Jae-ha, Lee Jong-seok reunite for While You Were Sleeping 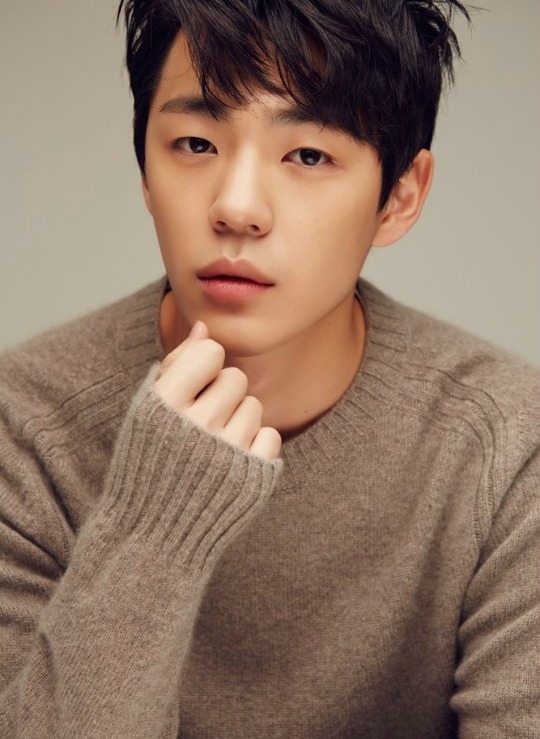 Shin Jae-ha (Wanted, Gogh’s Starry Night, Sassy Go Go) is the latest to join the cast of upcoming SBS drama While You Were Sleeping. His face is so familiar, but it took a moment for me to place him. He was Lee Jong-seok’s (W–Two Worlds) older brother during the childhood scenes for writer Park Hye-ryun’s hit show Pinocchio. This actor-actor-writer trio will be reuniting for the new fantasy-legal project While You Were Sleeping, but this time Shin Jae-ha will be Lee Jong-seok’s younger brother.

The plot is centered around a woman with prescient dreams, played by Suzy (Uncontrollably Fond), and a prosecutor, played by Lee Jong-seok, who tries to stop her tragic premonitions from becoming a reality. While the premise makes the drama sound like a melodrama-thriller, the writer is known for creating fantasy-lite romances so I’m not sure what to expect. Although with these castings, I’d much prefer she head in the lighthearted route.

Clearly Park Hye-ryun is the type of writer who really likes reusing actors from past projects. She worked with Suzy in Dream High, and both Lee Jong-seok and Shin Jae-ha have worked on other dramas (besides Pinocchio) with her before. Lee Jong-seok starred in her cute rom-com legal drama I Hear Your Voice, while Shin Jae-ha played the second lead in her youth miniseries Page Turner.

Initially, there was an offer out to Kim Min-jae (The Lonely Shining Goblin, Romantic Doctor Teacher Kim) to play Lee Jong-seok’s little brother for While You Were Sleeping. But this seems to be the same character that Shin Jae-ha has been cast to play, so Kim must’ve turned it down, though there have been no formal announcements. As for now, I’m completely willing to trust the writer, judging by her past success, on her choice to work with Lee Jong-seok and Shin Jae-ha again.

Because While You Were Sleeping will be 100-percent pre-produced, SBS plans on broadcasting it sometime in the latter half of this year.

Tags: Shin Jae-ha, While You Were Sleeping

Why pre-produced?
I agree that it is better for the staff. But most of the recent pre-produced shows were flop like UF & scarlet heart(?)
Even Lee Youn Ae's drama has had so many negative feedback for its 2 episodes, which were aired back 2 back on Thursday, from Kentizens despite its good rating.

PS Don't wanna be the cynical one here. The writer is good. So I wish them the best ☺☺☺ The storyline is interesting too :)))

Let us not abandon a good thing simply due to a few misfires.

Pre-produced is what we want!

The sooner the ridiculous live-shoot system dies the better.

It inevitably results in shows chasing the fickle and nonsensical whims of the audience and leads to actor and actress fatigue (as well as crew), high potential for a poorly executed production and low quality scripts due to hurried re-writes and extensions. Half the problems with dramas being front loaded and coasting on thin storylines late in the game are due to the live-shoot system.

Drive a 20 inch stake through its heart like you think it'll come back to haunt you like Dracula.

Douse it in kerosene, Light the f-cker and fire and stomp out the ashes.

Okay... so that was a lot of aggression.

Alas, the mere mention of the live-shoot system tends to do that to me.

Lol. But I agree. Preproduction means that you actually have to have an idea of where your plot will ultimately land. Hopefully it also means that the cast and crew are able to eat and sleep properly instead of surviving on IV drips and brief naps here and there. It should be better for everyone.

You can look at a show like Goblin and realize that one of the strengths was that they knew what the whole show was about. All the scenes in Quebec were shot at the same time - you can tell by the autumn trees if you think about it - and then inserted into the show as they were needed. Even material from the end of the series. It may not have been fully pre-produced but a big chunk of it was and more importantly it was pre-planned.

It can be very frustrating for us viewers when we got a "could have been" dramas, but when it comes down to it, I could not care less if preproduction drama miscalculated and gave us a failure of drama compared to a good drama that overworked the actors.

Making the actors work all day until the break of dawn is inhumane and against all labor law. I enjoy dramas and would prefer not to see my favourite actor and actresses tortured just to give me my daily dose of entertainment.

I like the way they make Goblin. Even its liveshooting but the ending was shot way ahead everything else. As long as the writer and director have clear vision of what they want to do, live shooting or pre product doesnt matter much. Even though live shooting is tired but the feedbacks will give the crews good spirit

Oh darn I just said about the same thing upthread and you already said it. Well +1 I agree with you!

I know this is off-topic
But is there any chance that Suzy and Lee Min Ho be paired up in a drama in future?? I know they are dating.

i mean anything is possible, but realistically, i doubt it.firsr off suzy has th is drama and her solo career to think about this year. lee mim ho has to go to the army either this year or the next. they will probably break up then since i dont think you can date while doing active duty. also their relationship is really private as it is so i doubt theyd want to be in a project together for the sake of their relationship.

I would say zero chance lmao! they are going to break up sooner or later, no one in their right mind would cast them together after the break up ... unless they become friends but that only happen in fairy tale, so yeah no chance at all. ??

You know, that's rude as hell to say they're gong to break up as if it's already been determined by fate~ also, a lot of couples stay friends after breaking up. I'm still friends with my ex, though we only broke up because we grew apart

I love this writer, but why Suzy???

He was so irritating in Gogh's Starry Night, I'm surprised to know that he was that young hyung in Pinocchio. He delivered a strong performance as a bereaved son and brother but his looks never did register to me because I was captured by the brilliance that was Nam Dareum's eyes.
Anyways I am looking forward to this drama not only because of Lee Jong Seok but because I've always enjoyed writer-nim's dramas. I loved Suzy in Dream High, and I hope writer-nim can create another character that will fit her. Fighting show!

I loved Suzy in Dream High too! This writer does female leads well.

Have you seen Page Turner? It's just 3 eps by the same writer. Worth it for all three leads: Kim So-hyun, Shin Jae-ha, and Jisoo. It also has Park Hye-ryun's usual rough-but-charming female lead + character growth + humor. :D

I think him being irritating in Gogh means he acted the character well? He was sort of adorably cocky but ultimately a cute, ineffectual love interest in that show, to me. I'm interested in seeing him in future projects.

Too bad about Kim Min-jae, but Shin Jae-ha is great too. I just hope he lasts as Lee Jong-seok's family! He needs more screentime. Dramaland should be grooming the next set of young actors since the ones I grew up watching are mostly due for army service very soon.

Lol that curse is only for LJS's parents :D in dramalamd

Death or jail has happened to a couple.

LOL. You are right! It just clicked in my brain, in almost all the dramas I've watched from LJS, his family suffers death!

I really like SJH and he's so versatile that it's a little hard to recognize him from one series to another at times. I saw him first in Pinocchio, then later realized he was in Sassy Go Go, and of course I saw him in Page Turner since Jisoo is there. I hope this writer works with Jisoo as well later on. Page Turner felt too short and I liked the trio of friends so much.

Same. It's his name (and talent) that proves to me he's in each production. He is very versatile. After he debuted in Pinocchio, he was in Hello Monster/I Remember You episode 5. The entire episode I was like "who is that kid? I know that I know him. But how?" Quick google search later, I realize he was young hyung and had to rewatch his IRY scenes.

Yes! I just watched Hello Monster and spent quite a while trying to figure out what I knew him from.

Drama-ception on the brothers front.

Why did I immediately think unless Kim Min Jae hasn't been replaced? Unless they are twins?

Can we get that drama next please? Two cute fraternal twins, please!

May be he is going to be another little brother, long lost brother maybe with some plot twists attached... now very looking forward to this drama, the more the merrier.... I think suzy is going to deliver.

Oh,really sad Kim Min Jae turned down the role,i was already fired up wating for the bromance between him and Lee Jong Suk,sooo sad..Yet i love Shin Jae-ha so i'm happy he is back in a drama and neverless in one by the writer,he is such a promising actor,hope he really hits it big...

I like the plot so far, i hope it deliver well. Jongsuk will be prosecutor, doesnt like do house work, like to take selfie and sometimes dumb, he lives with his lit bro. While suzy unemployed ex jurnalist with pricess symdrom, dumb and narcistic.

Jongsuk became suzy's neighbour because of his work. And it start because suzy's dream her mom died.....

I like it so far, cast and plot. Fighting

I will okay if they continue to PR in filming time just like Godinmedia (1% of Anything, My Secret Romance). Most pre-produced drama just so quiet in filming time and take a long long time to finsh. I can't wait.
I think MBC doing good now, they fliming almost 50% from W, Shopping King Louie, KBJ, and more than 90% for Missing 9.

Sad that Minjae turned this down, but yey! Shin Jae Ha! Another reason to watch this. I've only seen him from Page Turner because of Kim Sohyun but his character was the one that impressed me the most after the drama ended.

Shin Jae Ha, he so sexy and charming in Gogh Starry Night.

I like this actor. He impressed me last year with his roles in Remember: Son's War and Page Turner. He could really act with his eyes.

I need a drama with Shin Jaehyun and Kim Sohyun as leads, because 3 episodes of Page Turner weren't nearly enough.