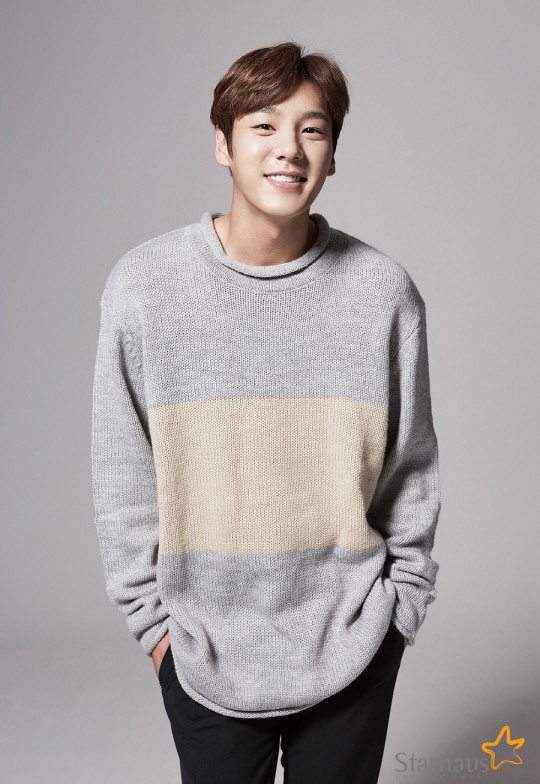 The drama mixes fantasy elements into its contemporary storyline of a bestselling author (the role out to Yoo Ah-in) who hits a severe slump and hires a ghostwriter (possibly to be played by Go Kyung-pyo); the two men and the author’s former fan and now biggest anti-fan (the role offered to Im Soo-jung) share a curious connection amongst themselves and with an old typewriter. Moreover, the main characters are reincarnations of writers who struggled through hard lives in the 1930s, during the time of the Japanese Occupation.

Kwak Shi-yang is up to play a novelist and professor who is the hero’s rival. The hero is a wildly popular bestseller who’s described as something of a Korean Stephen King, and Kwak’s character feels quite jealous of him and also suffers an inferiority complex. He’s the only son of a famous writer and prominent figure in the South Korean literary world, which no doubt contributes to that attitude. The character will form a love triangle with the hero and the anti-fan heroine (so it sounds like the ghostwriter won’t be a romantic competitor, or at least not a significant one).

Kwak Shi-yang is pretty new to the scene, having debuted in the 2014 film Night Flight, which he followed with a small role in SBS weekender Feel-Good Day. I thought him very strong as the romantic lead in the upbeat music drama Persevere, Gu Hae-ra, though admittedly I haven’t liked him as much since that show (he was a junior chef in Oh My Ghostess, a possessive brother in fantasy sageuk Mirror of the Witch, and a younger love interest in Second to Last Love). But I do think he has appeal, and overall, this drama is looking at such a strong cast that I’m clinging to my high hopes for it.

The reincarnation aspect is the element that I don’t quite know what to make of, although I think this writer, Jin Soo-wan, is one who knows how to mix fantasy into the everyday. Her previous show The Moon That Embraces the Sun was more overtly fantastical, but Kill Me, Heal Me was an example of something that felt surreal but wasn’t exactly outside of the realm of reality. Directing is PD Kim Chul-kyu of On the Way to the Airport, which drew praise for its directorial finesse.

Chicago Typewriter plans to begin shooting at the end of February and will air on Fridays and Saturdays as tvN’s next weekend drama, following time-traveling romantic thriller Tomorrow With You.

This drama sounds really interesting and so far I like every name mentioned, hope everyone says yes. I want Yoo Ah-In back on my screen!

An update from his agency tells us the bone tumour is benign, not malignant (cancerous).

He was diagnosed with benign bone tumor, and according to the military, benign bone tumor doesn’t qualified as a reason for enlistment exemption. And YAI received a grade 7 verdict, which means a grading hold. It is a judgment to be given to a person who is under the military service examination and who needs a follow-up observation for an injury or a disease. It is not an ‘alternative service’ (social worker/public officer) judgment that is equivalent to the 4th grade of military service, nor is it a 5th grade ‘military service exemption’.

I don't know why I thought the story will take place in 1930s! Ha. Turns out he's reincarnated from 1930s. And I've already imagined Yoo Ah In wearing suit and hairstyle ala 1930s Chicago. Sigh..

Anyway, I love fantasy stories and I like the casts so far! Also I hope Yoo Ah In gets well soon.

There's a chance we'll get a lot of flashback from the main lead's previous life. Do not lose hope. LOL.

Oh wow, you're right. I hope there will be a lot of flashback, just like Goblin with the joseon scene. :)

Not sure if Yoo Ah In will sign on with his health diagnosis. Even if the bone tumor is benign or not, he should taken precaution and not jump into a new project.

Eeek! Bone tumor? That sounds scary. Why is this happening to Yoo Ah-in and Moon Geun-young almost at the same time T_T

Get well soon, you two. I'm fine with them not taking any roles soon. Their health should become their first priority.

Yeah, I was thinking the same after reading about the bone tumor diagnosis..I wonder if he'll take this project

They put Yoo Ah In to bring the buzz imo, this production team (is that what we call for?) popular with that. But why YAI company no talk about this drama yesterday to the press too smh

I want to see him in this drama but I can wait for another opprtunity in the future. Health comes first. Hope speedy recovery for him.

I was watching Mirror Of The Witch the other day and was thinking that he reminded me of Kim Woo Bin, which is funny because I've only seen KWB in Twenty's trailer and in pictures.

What a (potential) cast line up!

I hope YAI resign from this drama and focus on his health....

Off topic but get treatment and get better Ah In

If Im Soo Jung declines, I would like to nominate Jeon So Min

The casting of Yoo Ah In seems highly unlikely with his bone tumour. Although rumoured to be benign n non cancerous. However the list and type of benign tumour can potentially be dangerous as vampant cell growth may inhibit his normal bone or bone shattering. Also heard it is painful. I feel vy sad to hear this. Hes an awesone actor but surely he needs treatment of some sort. Prayers for speedy recovery and may ge find strength and support to stay strong n weather thru this diff period

It's not painful, usually.

Well, according to his agency and himself, he was diagnosed with benign bone tumor since 2015. But he still worked for Six Flying Dragons. His agency said it's not that he is "struggling everyday" with it, because he's still able to do his daily activities normally. It's just that he has to add therapy sessions in his schedule now. I think as long as he doesn't do action scenes, he's still be able to play a drama.

Sorry.. I have never liked him with his fake smile all over the place... I hope he declines.

Did you watch him in Mirror of the Witch?

I don't think he would decline because he is still so green and probably wants as much recognition as possible. However other than his part in Oh My Ghost I have not liked a single one of the roles he played.

He was actually quite decent in Mirror of Witch

Nothing is more important than health.

I wish Yoo Ah In will take care of his health issue first - rest and treat if necessary.

It pains whenever I hear of artists having some health problems.

Plenty of opportunities in the future.

If Yoo Ah In can film dramas and movies, he can do public service for two years.

Dont worry yourself out. He cant wait to serve. If he takes this drama its because he hasnt received a definite enlistment yet. Even if he has to do clerical, he will be best clerk ever. His co star said this about him. Enlistment is not a perogative for him its a MISSION.

The character will form a love triangle.. sigh

Is there a law that requires this ? Story can not work without it?

Aww, Kwak Shi-yang my puppy.... but as Yoo Ah-in's rival? I'm not sure about how that'll work. But hey, I like both actors so we'll see.
But on a serious note, I really thought YAI would drop the drama to focus on his health, which he should. That bone tumor news is disconcerting.

Javabeans, is it kbs or tvn? ?

If health aside YAI confirms, any way we can get Park Min Young??? I would love a SKK reunion done right before he goes off to the army. I was routing for the original PSH pairing but I'm starting to like this idea better.