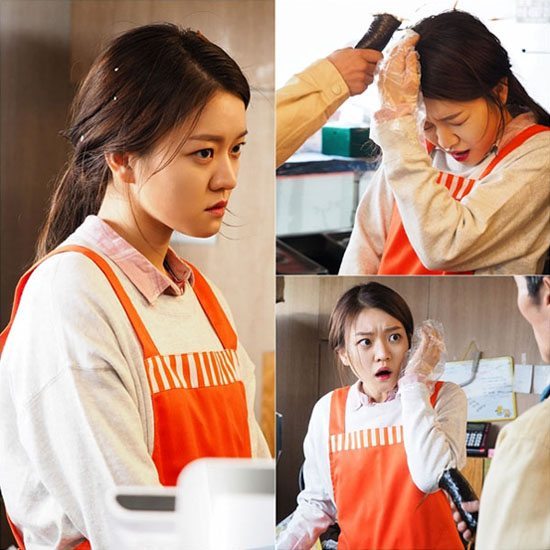 Stills are out from the first shoot for MBC’s upcoming Radiant Office, featuring lead actress Go Ah-sung (Heard It From the Grapevine) as a young woman who makes a complete 180 in her life when diagnosed with a terminal illness, transforming her from a timid, down-on-her-luck type into a bolder, take-charge personality. It’s a setup that sounds serious on the surface, but the drama promises to tell a refreshing story, and it sounds like the gratification will come in watching how the diagnosis gives her a newer, freer lease on life.

Go Ah-sung’s character starts out as the familiar Candy-with-a-zillion-jobs, going from one part-time gig to another: convenience store, restaurant, parking lot—she does them all. She’s so dejected by the constant rejections from full-time jobs that she attempts to end her life, winds up in the hospital, and discovers her illness. Shortly thereafter, she gets a temporary office job in a marketing department and, armed with her new attitude, she’ll navigate the new surroundings alongside fellow rookies, quirky co-workers, and uptight bosses.

These stills from the initial shoot are from the character’s pre-office life, working at a snack shop where she gets whacked in the head with a roll of kimbap. She looks alternately morose and indignant in the scene, and it’s enough to get me excited for the turnaround when she decides that life’s too short to be bossed around all the time.

Below, we also have photos from the drama’s recent script reading, featuring the primary cast which includes, in addition to Go Ah-sung, Ha Suk-jin (1% of Anything) playing a prickly manager (of course—you expect him to play uptight at this point, though I’d love to see him go against type one of these days). Lee Dong-hwi (Entourage) and Hoya (Mask) play Go Ah-sung’s fellow rookie employees who have opposing personalities; Lee Dong-hwi gets underestimated because he has no specs to speak of, though he does have a pure romantist’s heart, while Hoya has the perfect specs that somehow haven’t carried him into a sterling career.

Jang Shin-young (Twinkle Twinkle My Heart) plays a strict manager and working mom, while Han Sun-hwa (Rosy Life) will use her feminine wiles and aegyo skills to her advantage in the office. Oh Dae-hwan (Shopping King Louis) will no doubt put in another great turn making an annoying character amusing, playing an assistant manager whose work habits rely on kissing up to superiors and passing work off to others.

All in all, sounds like a diverse mix of characters, and uplifting workplace comedies seem to be popular these days, so I’ll be hoping this series will be satisfying and funny. It’s probably a good thing it won’t be competing directly with current workplace comedy Chief Kim—at least not for long, since there’ll be a couple weeks where they overlap. Radiant Office follows MBC’s current Wednesday-Thursday series, Missing 9, and premieres in mid-March. 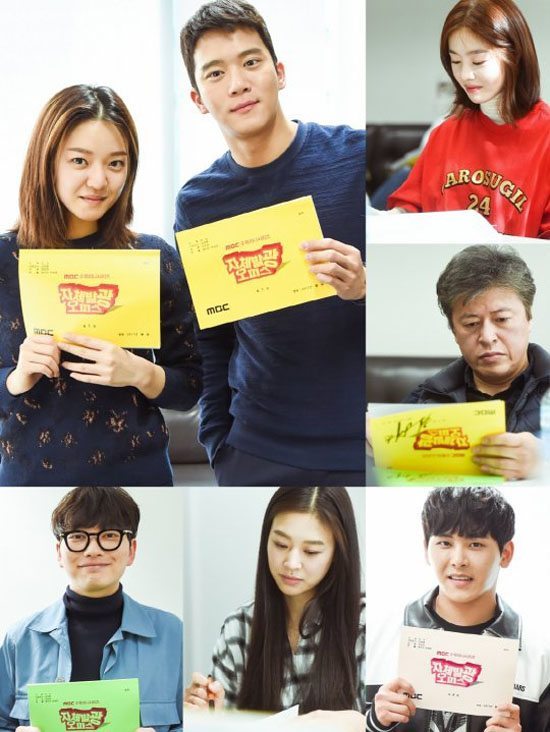 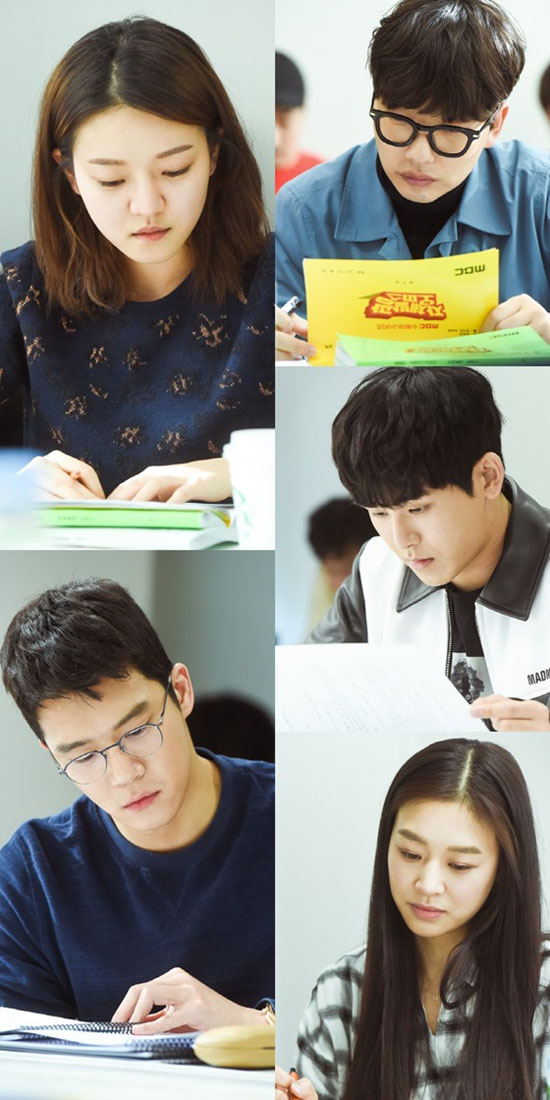 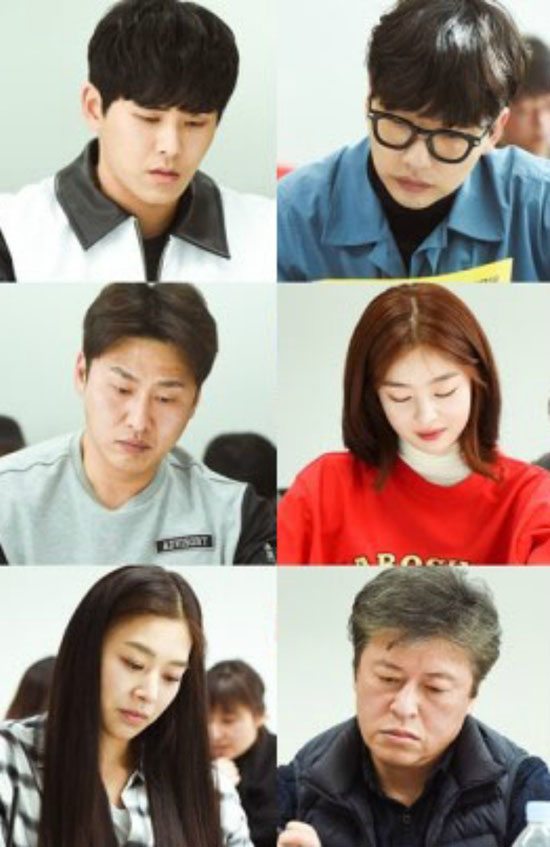 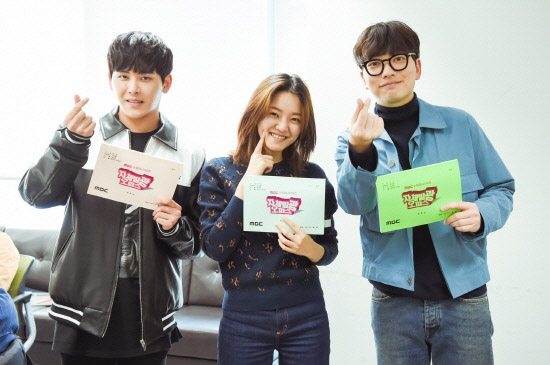 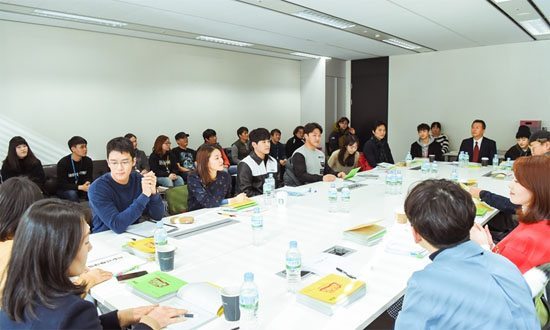 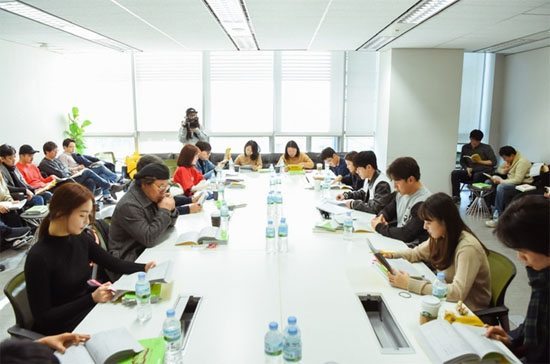 My girl Ah sung! I loved her since Grapevine. She's so lovely in screen and has that endearing aura. Can't wait!

Ha Suk Jin is so cute in those glasses!

He need glasses to read?!!

Agree with you...he looks cute tho.

Agreed!! I am a sucker for guys who can pull off glasses well... And HSJ is one of my faves.
He looks even cuter in Problematic Men though!!!(glasses+suit *-*)

I'm looking forward to this. Lets hope it will be a great drama. The cast ensemble looks promising. Hope the story deliver well...
Fighting!!

really? almost all the cast are ugly. only Hoya that a little bit normal. Go Ah Sung is the ugliest among all. disagree with me? be honest with yourself, she's really ugly.

Well, at least she's prettier, richer, more famous and more talented than both of us...

WOW! how easy it is for some people to call others ugly is beyond me, I find ugly a very strong word and would never dare to use it to describe anyone.

She's not nearly as ugly as that comment. Or perhaps you are on the payroll for an association of plastic surgeons?

wait, another terminal illness plot? so she's gonna die in the end? T.T

I have to say, different strokes for different folks. And in 20 the terminal illness was merely a device to get the plot going which is what most romcoms do.

Lol wut? There isn't a 'normal' way to react to terminal illness.

Live life to the fullest - this phrase itself carry different meaning for each of us.

No one who has been diagnosed with terminal ilness will be normal, imo. In this drama, I think it works that she aims to have a full time job because she has been searching for it. She always want it, so when she finally gets it, why would she reject it.
I think most of terminal illness drama that i've watched, basically has different last thing that the patient wished.

I am fully supppprtive if terminal illness drama doesnt ends with the hero / heroine dies because of the illness. It would be illogical if out of sudden they recovers. But it will be great thing to show the drama ends with the patient sees his life positively and ppl around him fully support him, although he knows that his time is limited, he will continue his life doing good things.

I'm getting Scent of a Woman vibes... please no.

Not only another terminal illness plot; another *uplifting* terminal illness plot, sigh. I never go near any terminal illness story knowingly, but at least when it is done for tragedy, I can understand the purpose; I am a lot more confused when death is used an opportunity for personal growth, and learning to enjoy life five minutes before it's all over. I guess because dying when your life is rubbish just isn't tragic enough...

Anyway, I may be wrong, and there may be misdiagnosis hijinks, but I'll have to find out via OT. I'm not in the least curious...

I hope it turns out good, Go Ah-sung is one of the best young actresses in Korea and Grapevine was the best drama of 2015 so I hope this one lives up to her.

So I've just seen Lee Dong Hwi in the Handmaiden and I'm so glad he's in a drama again that I can watch!

Please dont tell me that this is going to be another bitter sweet drama (already could'nt get Kim Woo Bin out of mind all thanks to Uncontollably Fond). If so then I am going to marathon this drama after its over.

I share your hesitation. I am eternally grateful for those who threw themselves on the grenade that was Uncontrollably Fond, so that I may survive to try another drama instead.

So many cliches and familiar setups for my liking, but for some reason, I'm intrigued. The fact that she's a Candy juggling multiple jobs just to get by AND she has a terminal illness? Yikes. I'm interested in seeing her 180 change and her relationship with her uptight boss, though. Just based on her facial expressions and her reaction to getting hit, I can definitely see a sense of sass and boldness in her, so that's promising.

I'm excited for this cast line-up, especially the supporting.

Go Ah Sung. I really love this girl. Just hope everything will be going smoothly.

I am in the minority who dont mind with terminal illness drama, as long as it shows positive aspects. Something like Fantastic will do.

As much as I love ha suk jin, I can't watch another terminal illness drama..
Too much angst, too many tears to shed..
Its really not my kind of genre..
Its a pass for me..

Terminal illness?hope this is not a melo. she should be miraculously cured after she meets the love of her life not die

This is really weird to say but, I love Go Ah Sung's nose so much!!!

It automatically gives her face character and makes you pay attention. I've only seen her in the movie The Host and that was years ago, I only have a vague memory of it, so can't comment on her acting. But I'm already rooting for her lol

she's incredibly striking. there are tons of capable and beautiful actors/actresses in the world but there are some people that just catch your attention and that's so important to a lot of people with acting. she's great!