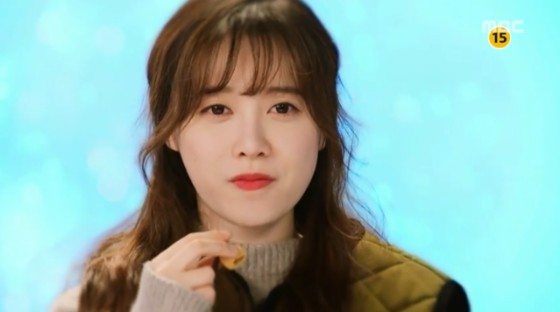 It’s been a while since we last saw newlywed Gu Hye-sun (Blood) in dramaland, but she’s making her comeback this year. She shows us her funny side in the teaser for MBC’s weekend drama You’re Too Much, where she’ll play a rough-and-tough girl who dreams of becoming a celebrity. It’s definitely a departure from her past roles where she’s been the hardworking Candy or princessy heiress.

The drama is about Uhm Jung-hwa (Witch’s Romance), who plays a top singer whose career rises and falls like an evanescent shooting star. Gu Hye-sun plays a copycat singer who eventually engages her in a rivalry to gain it all. It’s described as a bittersweet battle filled with both jealousy and empathy for each other’s situations.

In the recently released teaser, Gu Hye-sun says in her voiceover, “I wanted to become the real thing. A real singer. A real song. A real life.” Meanwhile, she snacks on the couch watching TV where we see real clips of Uhm Jung-hwa back in her ’90s pop diva days. Gu Hye-sun’s face changes from amusement to longing, and she starts emulating the moves she sees onscreen.

But her dancing is definitely more comically cute than sexy like Uhm Jung-hwa’s. Exhausted, she plops back down, and the scene cuts to a shiny black heel stepping on a tabloid magazine of Uhm Jung-hwa. Then we see Gu Hye-sun smiling back in our direction.

Brought to you by PD Baek Ho-min who helped create weekend hits like My Daughter Geum Sa-wol and Jang Bo-ri Is Here, the upcoming MBC drama You’re Too Much will follow Blow Breeze and premiere on March 4. 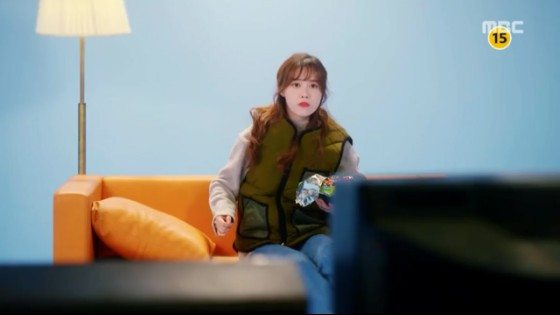 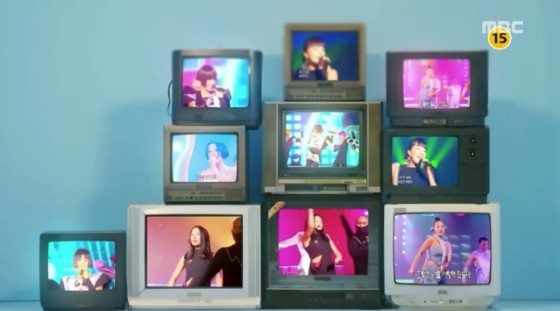 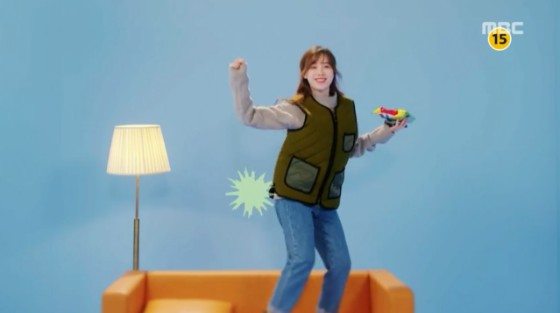 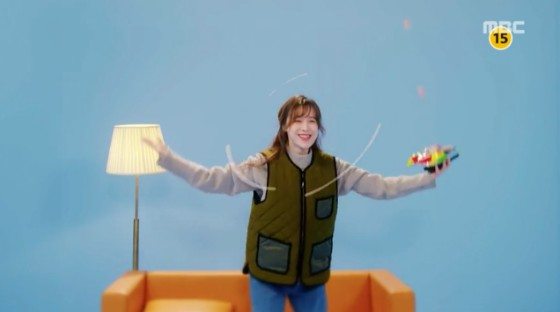 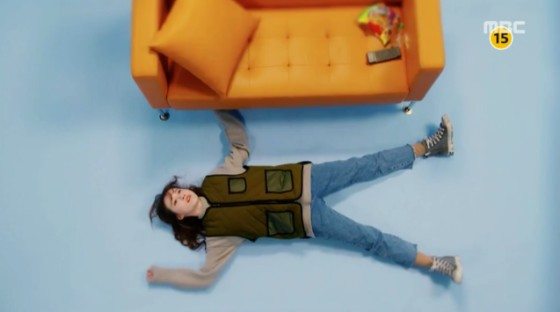 Tags: Gu Hye-sun, Uhm Jung-hwa, You're Too Much

really loving her with her hubby in Newlyweds' Diary, but i'm a little iffy about her acting.

Right. I am too, not a fan of her and AJH's acting. Their acting looked stiff to me. But i recently started to love them because of Newlyweds' Diary, but only as a person, not as an actor/actress.

Do you know where I can watch it with English sub?

It hasn't started airing yet, but I watch dramas on kissasian.com and dramafire.com! I like them better than dramafever or viki because there are way less ads.

Can't they dress her more properly.

I'll be checking this drama when it's out.

Don't be silly! Lead actresses in Korean dramas can't be dressed like they're pretty. That's saved for second leads and leading men ?.

HAHA dkm. So true tho

i have no problem with these kinds of leads but i really wish we would get more leads who are pretty and know it lol. i get that they're popular because they're easier for us to relate to but i'm getting kinda tired of the trope of average (in looks and accomplishments) female leads that always manage to attract two super hot and intelligent/talented guys. show me a successful, determined, talented female lead. show me someone who's confident in herself and kind of brash. idc, just give some more variety so i can go back to these dramas with the average girl and her adventures with her harem and appreciate them more instead of just scrolling past :<

Not sure if she walked right out of shooting Newlyweds Diary to film this or vice versa because the ahjumma hair and clothes seem pretty similar in both ?

Ha ha really look like ahjumma, should at least change her hairstyle

Meanwhile, she snacks on the couch watching TV :O when did my life become a K-drama? Haha, I related too much to that sentence, but this actually sounds really cute. I've only ever seen Gu Hye-sun in Boys Before Flowers and I've heard that her acting is still just so-so, but idk, she seems really likeable here and the premise sounds cute and fun, so I'm in. Definitely checking this one out!

I think of her fondly even with her inexplicable acting approach in the crapfest that was Blood.

A heroine who lazily snacks on couch? Love.

This is giving me All About Eve vibes, but just more comical.

I thought I was the only one! The storyline sounds eerily similar to All about Eve... hopefully her character doesn't turn out to be evil. But knowing dramaland, they're probably going to develop a cute friendship or Sunbae-hoobae relationship.

That's the reaction I had when I read it was coming after Blow Breeze. I had to look on Asianwiki. And they sag 50.

But would Team Dramabeans be able to post the answers for the trivia game from the 10th anniversary party?

I'd love to see what I got right and wrong. And I think other beanies would find it cool.

@Lord Cobol
It was nice meeting you as well. Seeing usernames in person was cool. Fun to be on Team #5 (Lee Jong Suk) with you.
And now I can put faces to some names.

Currently LOVING Father, I'll Take Care of You which is 50 episodes long. To be frank, I wouldn't have given it the time of the day if it weren't for Dramabeans' recommendation. But then again I'm not watching anything else- HEH.

I don't want to groan and feel such terrible dread whenever you and acting are mentioned together. It really makes me feel like a crappy person...

Strangely, I feel the same way.

I probably will be checking out this drama when it is out. Love GHS as a person but not so on her acting. I wish she and her husband can stay doing variety shows instead. But since this is weekend and long drama, this will be something entertaining to watch, I guess.

This writer is busy penning another drama, the one with Jo Boa attached to, Sister is Dead Or Alive or something. She really wants to reign supreme in the Makjang genre.

I think this drama will have the PD from Geum Sa Wol and Jang Bori, while Sister is Alive will be written by the writer of GSW and Jang Bori. Looks like they will competing each other for the same time slot.

You're right. Unnie Is Alive come from GSW's writer and YATM come from 'Make A Woman Cry' writer.

i will check it for sure, from the 1st teaser looks promising

Makjang dramas always have promising teasers, then make us disappointed with the story.

i love watching newlyweds diaries. she and ahn jae-hyun could NOT be any cuter than they are. the way they fit each other, it's like they were made for one another. it's actually fascinating to me that a couple could be that lovey dovey with each other. can that sort of lovey dovey-ness actually last throughout the whole marriage? because if it does, maybe marriage is actually something worth considering.

that said, i've never seen her in anything where i thought she could act. granted, i've only seen her in BOF and blood and she was horrendously bad in both. and in blood, she and ahn jae-hyun were both train wrecks on the acting front. still, the thought of it just makes me laugh and grin now, because they fell for each other there despite it all.

"maybe marriage is actually something worth considering"

Actually, she was quite good in Hearts of Nineteen, a 2006 drama. She was more natural in her acting. I really liked her in that drama.

i think GHS will do fine in this drama, she did fine in Angel eye and her early work, Heart of nineteen.

Well, I'm so in love with her right now - #RelationshipGoals - that I'm aiming to give her another try.

It's gonna be my new weekend drama after Laurel Tree Tailors for sure.

If she manages to bring back her angel's eyes acting
we are hopefully set for a smooth week-end drama makjang ride. I loved her ever since "the musical", she wasn't perfect in it but there's always been something really endearing to me about her, I'm crossing my fingers, please let it be okay !