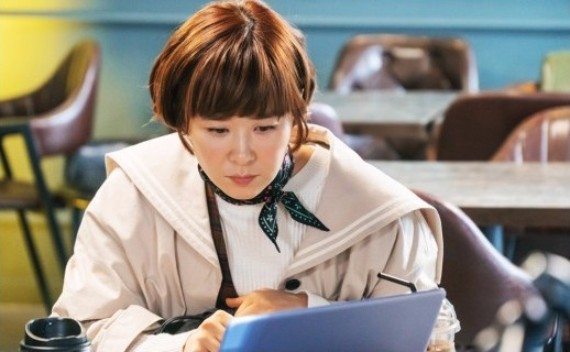 New stills for upcoming ajumma detective drama Mystery Queen have been released. All the cuts of the main character, played by Choi Kang-hee (Dazzling Temptation), look quirky and colorful, while those of her co-star Kwon Sang-woo (Temptation) seem murky and dark. Perhaps the color dynamic is supposed to represent their different approaches to investigating?

The plot is about an ajumma who had childhood dreams of becoming a detective, but real life got in the way, and now she’s saddled with a prosecutor husband and a mother-in-law who don’t appreciate her at all. Due to an unforeseen incident, she becomes embroiled in a mystery that gets her partnered up with a gruff cop who’s all rough edges, played by Kwon Sang-woo. She comes at the case from an angle that’s all theoretical knowledge and deductive reasoning, which she learned from reading mystery novels, but he comes at it with experience and seasoned gut feelings under his belt.

Well in my mind, Choi Kang-hee seems like the perfect fit to play a nosy-with-harmless-curiosity ajumma who sees conspiracies everywhere, and after seeing his abs in Yawang, I know Kwon Sang-woo is ripped enough for a meaty action role. But he may be in for a doozy because the man behind the camera of Mystery Queen is PD Kim Jin-woo, who was also the one behind all of the awesome fight sequences in Healer.

Their younger castmates Lee Won-geun (Sassy Go Go) and Kim Min-jae (Village: Secret of Achiara) were also with them at the script read. They’ll be playing two buddy partner cops, with Lee Won-geun as the elite-trained sunbae and Kim Min-jae as the loyal hoobae. I’m not quite sure how they’ll fit in with the overall larger dynamic between Choi Kang-hee and Kwon Sang-woo, but I think it could be fun if this eclectic group detectives that range from less-than-novice to uber-pro get together and go around solving mysteries. 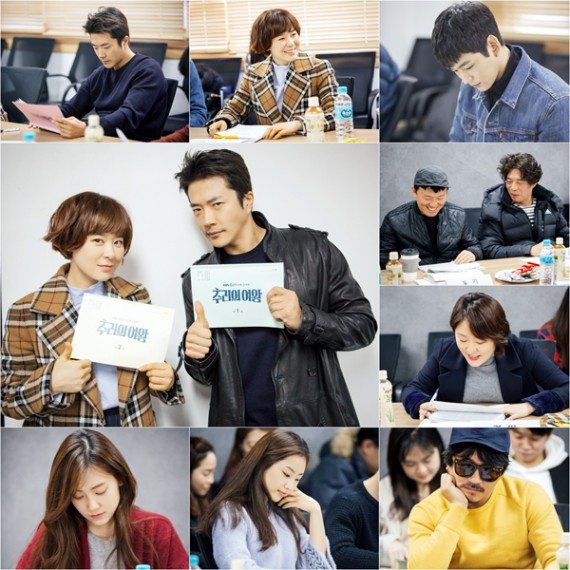 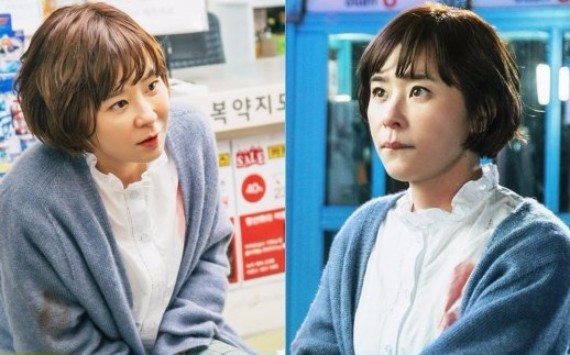 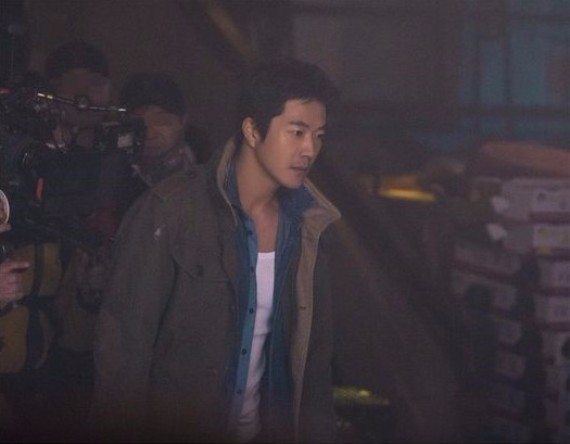 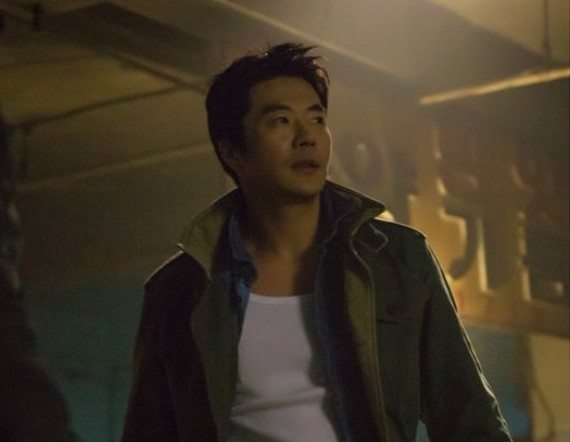 CKH's haircut doesn't suit her, she looked good in Dazzling Temptation, what's with this hair trend!

I liked the haircut. It makes her look quirky. :)

I wish CKH would do drama with Ji Sung. They were cutest in PTB!

Now I want to marathon that drama again...

That was one of my fave drama. Unfortunately it was so underrated. Love Ji Sung in comedy too, he was hilarious!!!

That drama was such a pleasant surprise. They were both quirky and adorable together.

Wow that Kim Kang Woo sure is beefy, he's wearing that white tee and denim jacket combo of Joo Sang Wook that has kept me sleepless for weeks! In the words of Happy from Scorpion, Not.good!!

Lee Won Geon and Kim Min Jae as buddy cops is a puppy combination I don't think is healthy for anyone.

Kim Kang Woo? Where? Hahaha. I guess you are mistakenly Kwon Sang Woo with him lol. But suddenly I also thought they look like each other.

"Lee Won Geon and Kim Min Jae as buddy cops is a puppy combination I don’t think is healthy for anyone." LOL agree. Both them going to be my reason to watch this drama

HOW did I go from Kwon Sang Woo to Kim Kang Woo??? Is 'Adele Dazeem' levels or what? Lol!!!

Lee Won-geun and Kim Min-jae as a buddy cop pairing?? Omg! Too cute!!!!

Kim Min Jae pass While you were sleeping to this?

He can do both. He is just playing supporting role anyway. Anyway If i were him, and need to choose one, I will choose this one and be the cop.

So, there will be no romance between the lead? Hur.

It is ok if there are no romance, just looking at Kwon Sang Woo is good enough for me. He still so handsome

I agree. Kwon Sang Woo is so handsome. He's my fave Korean actor. Not only does he look great, his acting is great as well. I would to see him in another Romance Drama paired with Song Hye Kyo.

I feel bad for her when shes given horrible hair. Yet again. She has her own charm.

Oh my, I love her so much, a very interesting actress.

Well I don't mean to brag or anything.. But it's weird how I saw Kwon Sang Woo over the summer in Korea, just mundanely picking up his little son, and now he's here on Dramabeans...... So weird....

Pics or it didn't happen...

You sure you didn't brag in there? Just kidding, we're all aloud the finer things in life from time to time( or all the time for some *sniffs* )!

Wow! Lucky you Sua. So how handsome is he in person ? Hope he is. He's one of my favourite actors

I mean he had a hat on so I'm not sure... But his son was so adorable, he almost looked like a girl XD

I'm so excited for this, it looks like it will be a funny and wild ride.

I'll we be watching this no matter what. April will be busy, so many drama that I'm looking foward.

I am here for Lee Won-geun but didn't expect Kim Min Jae to be in the mix too, and for them to be paired up as cops. Hope there will be bromance in the making, this investigative team looks yummy all of a sudden. Though not a huge fan of CKH, KSW looks mighty fine and well, might just catch the first ep to see how much of a pull this drama will provide.

If Kim Min-jae is here, then maybe he passed WYWS, which is sad because I was really looking forward to his reunion with Kim Sun (lol). But I love him so I'm gonna check this out.

Why she always gets a horrible hair??
KSW never ages , I have a soft spot for him since stairway to heaven??

I am loving all these mystery dramas lately! I am a huge mystery novel buff so between this voice, tunnel, and strong woman do bong-soon, I am in mystery crime thriller heaven! My life will would be even better with news of a signal season 2.

The main leads and the name of the PD who was behind the action scenes in Healer sound promising to me. Hope the plot is also interesting as Healer.

I have a a feeling that CKH is a good actress. However, she didn't pull it off that much in 7th Grade Civil Servant in which she co-starred Joo Won. Hope she'll do it this time.

I'm pretty sure I've seen the lead actor in a drama a long time ago. My gut feeling is that he's good so I'm in for this (at least for a try).

Every time news comes out about this drama I get confused and look it up. Not looking it up this time, I'm pretty sure there are 2 Kim Min Jaes

I thought this was just going to be another drama but boy was I wrong. I just watched episode 1 and was hooked. I laughed so hard and then sat waiting to see how she was going to just get around her MIL. Every actors was great from the MIL noisy friends, to the innocent police officer, and down to Choi's role. Then episode 2 just built upon what was not part of ep 1 and now I know this is a great drama if they keep us hanging on to each of the characters. I could not believe the episode had ended it was so good. Great work.