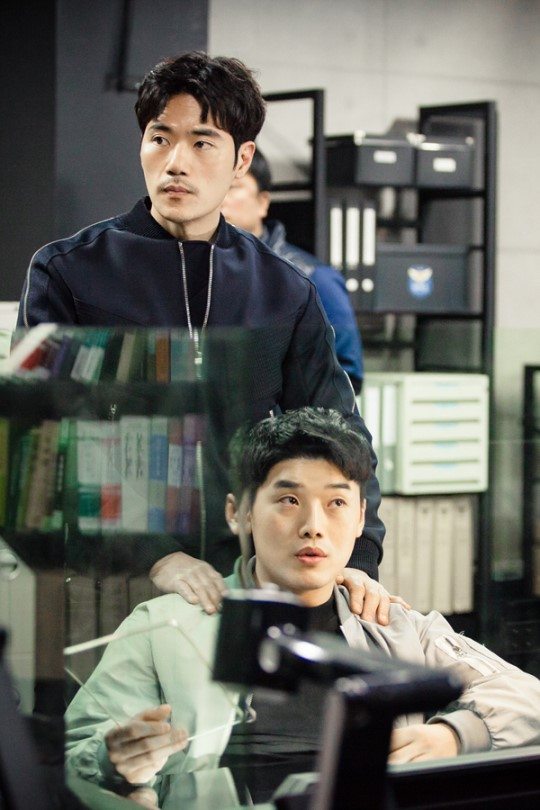 Last week, we got a glimpse into the present-day timeline for tvN’s upcoming sci-fi mystery Circle: Two Connected Worlds, and today, we get a peek inside what the future holds for Korea. Kim Kang-woo (Goodbye Mr. Black) will headline the future timeline as a detective in 2037 South Korea. He appears in the newly released production stills looking quite detective-y alongside Kwon Hyuk-soo (Missing 9), who plays newbie to Kim Kang-woo’s veteran.

We also get a little more info on the 2037 half of Circle, the events of which will unfold in parallel to the 2017 present-day story. Titled rather aptly Part 2: Brave New World, South Korea (and the world?) in 2037 is split into two societies: there is “Smart Earth,” which is free of crime, disease, and negative emotions, and then there is “Average Earth,” where crime and disease run rampant. Naturally.

Seasoned detective Kim Joon-hyuk, portrayed by Kim Kang-woo, is hot-tempered, focused, and has the highest arrest rate of any detective in Average Earth. However, he will attempt to smuggle himself into Smart Earth, for reasons unexplained. I’m guessing it has to do with the case involving aliens mentioned in earlier reports, that links the present and future timelines. Kwon Hyuk-soo’s character Detective Oh, a new recruit on the force, will aid Kim Joon-hyuk in the crime-solving and, quite possibly, in the latter’s mission to enter Smart Earth. 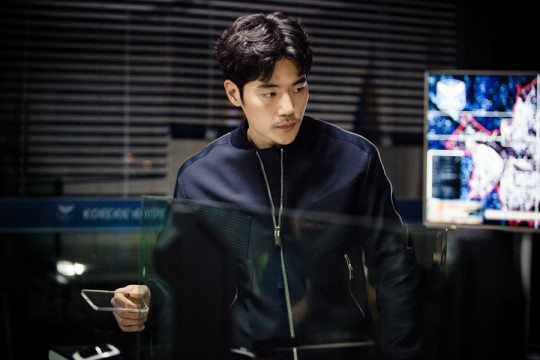 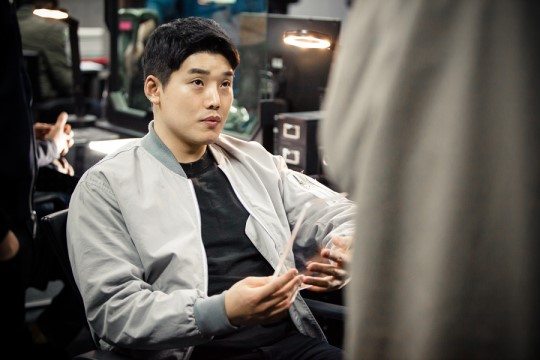 I don’t know about you, but I am so beyond excited for Circle because I am a HUGE nerd for good sci-fi. The setting itself isn’t novel to the genre, but whereas most stories set in dystopian futures are essentially allegories of class warfare, the angle Circle looks like it’s taking doesn’t seem to include a conflict between the haves (Smart Earth) and the have-nots (Average Earth). Or at least, it doesn’t seem to be the central focus.

tvN also recently released a (very) short 15-second teaser, and while it doesn’t reveal much, the vibe is every bit as intense as I want it to be. We get brief looks at Yeo Jin-gu (Jackpot) and Kim Kang-woo reflected in someone’s eye, while Yeo Jin-gu narrates: “Two worlds. And the one truth they seek.” 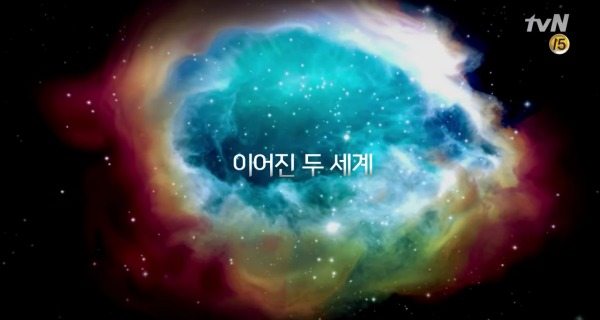 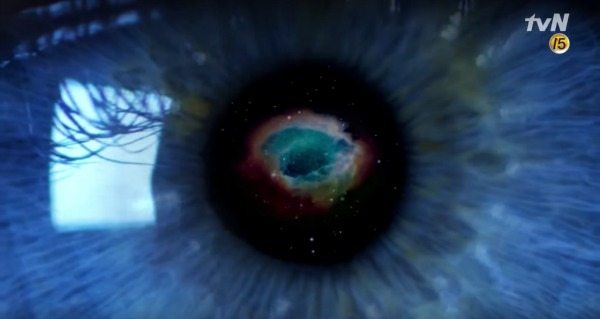 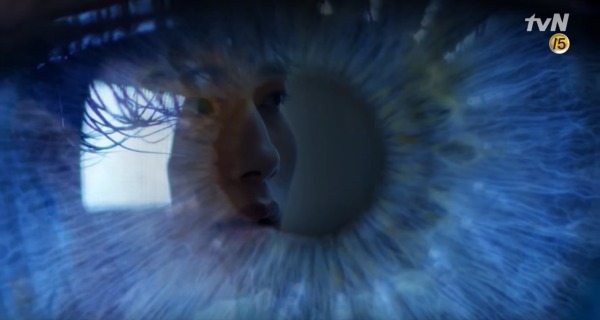 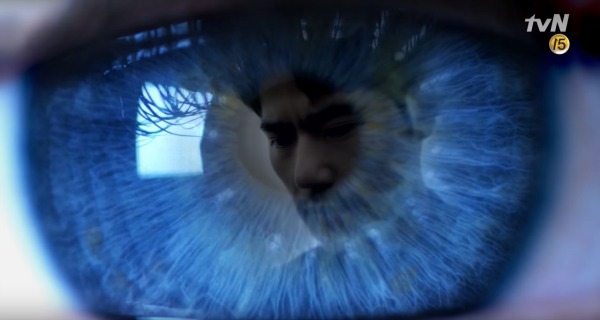 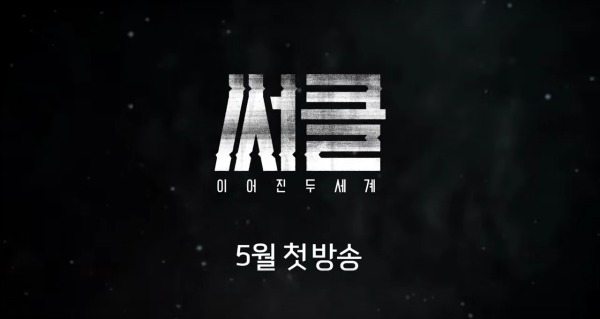 *sees shoki drops dead, resurrects to type this message* Another Nigerian, hi!!!! Much as I would love to watch Yeo Jin-gu and Kim So-hyun together rather than separately, I would rather watch them separately than not at all. Especially after the travesty that was Jackpot and me not being able to finish Let's Fight Ghost because that pairing made me super uncomfortable. In any case, I'm not quite ready to let go of Han-gyul and So-rim and my cutie pie Kyu-sun yet.

My naija padi awayu? Since the dramagods won't grant my wish and reunite kim so hyun and yeo jin goo in a rom com drama... I will settle with watching them in different drama at the same time.

So you wanna join outside seoul group chat for Nigerian kdrama lovers?

Chai, look at me replying this message late. I would love to join the group. What platform is it on?

Ow you dey my sister

Let me join you in your rain dance, tipsymocha. Pleaaaaaase be good! Dramaland has been blessed lately to have increasingly diverse and innovative content, but that almost makes it worse when it doesn't pan out as you hoped. I will always admire W--Two Worlds for its awesome concept and promising beginning, but the writer really didn't seem to have a grasp in the story and the world she created. Let's hope for better things for Circle!

This comment is soooooooooo on point. "...the writer didn't really seem to have a grasp on the story and the world she created." I was feeling this vibe throughout the whole second half of the drama. Meta, huh?

Somewhere, they found a third earth where yeo jin-gu meets a girl played by kim soo hyun... lol I wish :P
"Smart Earth" reminds me of the novel, the Giver.
Anyhow, excited for this solid casting and really, really with a cherry on top that the writing is solid as well.

This May is going to be amazing!! This drama seems reaallly interesting and I can't wait to watch YJG <3

I hope this is good. I think the premise is very intresting. And I hope this story works out. Let's all cross our fingers and join in this rain dance. ????

I'm squirming in my seat because I'm too excited for may 22nd to get here. It feels too far away & I don't know how to wait patiently. *tries to distract self until circle airs*

But will the aliens look like actual 'bring me your leader' type of aliens or will they look just like cast but with a third eye. Other than that cant wait!! Looking forward to this and Duel!!

Not a sci-fi fan, but will check this out for Kim Kang-woo! He needs a good project after the mehhh Goodbye Mr Black, so fingers crossed this will turn out solid.

This looks neat! I'm looking forward to watching it.

Am sorry for straying out of the topic but...Nizamuddin Monk!! ??? I was shocked to see him all cleaned up and clean cut ??? *that aside I always love scifi and let's all wait for how this will turn out to be

i wish they used gong seung-yeon's eye in the teaser, lol! she has such gorgeous eyes....

I see we are quite a bunch here. Hello my fellow countrymen. I feel your pain too, but my only consolation is that Yeo Jin-gu is taking over after TLAHL ends. So take heart too.

Please be good for Yeo Jin Goo's sake since his last dramas have been rather floppy and werent good choices. I want my girl Gong Seung Yeon to rise too.

I won't expect for high ratings I just really am praying hard for a really well executed story. That is all... please let it happen I'm just so hyped about this drama so please please please pretty please be good, I promise to be good too. ??

This sounds so interesting! I'm praying it's good, especially because I love Yeo Jin Gu. He needs another good drama to be a part of, its been a while.

I've endured crappy dramas in the past for Yeo Jin-gu. Good or bad I'll be there for all 12 eps just to watch him act. Joining the rain dance. Please be good.

Same here. Is it really only going to be 12 episodes? Aww, drat. I hope it does well; I'll be watching no matter what!

As far as I know. He has a movie to shoot after.

It looks like his appearance in 1987 is just a special one. But he also does have another movie to promote around the same time... Anyway I can't wait to watch him as Gwanghae T_T The trailer looks great.

IKR, well at least it's better than the previously announced 10 episodes.. :D

Honestly, the eye in the teaser just reminds me of the eye in the opening scene of Blade Runner. Which isn't necessarily a bad thing, I guess, if it's being used for a reason beyond just stylistic purposes.

Can anyone let me know who the writer and director are behind this project? I can trust the acting but writing and direction are just as important.

I'm not familiar with their works but I feel I can expect something good from the SFD writers, who are the creators & producers.

Well I hope the plot is creepy like The Fifth Wave books!

Synopsis about smart/average Earth sounds a lot like the plot of "Elysium"!

Yeah and it's an even older concept: HG Well's 'Time Machine' had an earth where all the more "primitive" workers etc were doomed to live underground and had evolved differently/seperately from the above-ground people. (Even if they weren't smart now, since they had somehow evolved backwards in a way lol, they were and had always been the priviliged, higher-ranking people in society). So the concept is at least that old, if not older.