Finger hearts in new stills for Fight My Way 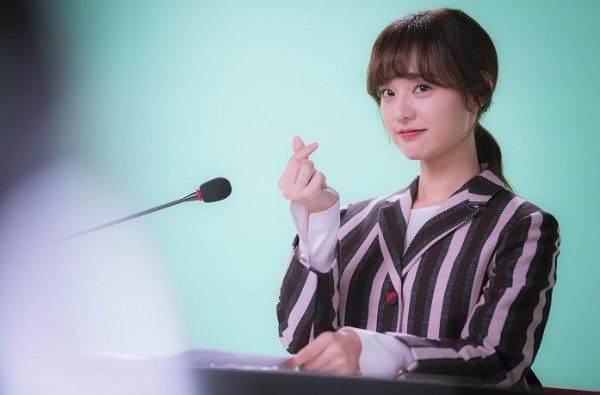 You know what’s missing from the dramaland landscape right now? A good ol’ fashioned rom-com. Which is why I’m happy that Park Seo-joon’s (Hwarang) Fight My Way (previously titled Third-Rate My Way) is coming out soon. This upcoming drama is centered around the lives of two best friends in their twenties, who are struggling with realizing their dreams because of their third-rate stats on paper (e.g., college grades, test scores, awards, etc.).

A few more stills have been released for this drama, featuring the two main characters played by Park Seo-joon and Kim Ji-won (Descended From the Sun). Park Seo-joon plays a former high school Taekwondo star who’s now a corporate drudge, although he still dreams about making it in the professional fighting world. He doesn’t live by others’ standards; he lives for his own values. So even in the face of temptation when everyone else is cheating, he still follows all the rules in the fighting arena because he keeps to his own moral code. In addition, despite all the difficulties that he’s had to face inside and outside the ring, he keeps an optimistic view on life.

Kim Ji-won, on the other hand, works as a info desk clerk at a retail department store, but her ultimate goal is to become a news anchor. In a recent interview, she said that she chose Fight My Way as her comeback project because she was attracted to this main tagline in the script: “No matter what anyone else says, we’ll go our way.” She continued on by saying that the drama is “not about worldly success, but about living for yourself and about the obstacles and the love that follow.”

Her character is the type of person who always does her best, and is brave about confronting the world around her. Kim Ji-won said that her character “takes joy in the little things in life, and expresses her emotions fully, without filter, which is far different from my previous roles.” She also liked that Ae-ra (her character) knows what it is to be hurt, but also knows how to recover from pain, and stay true to her feelings.

So it looks like we have two solid characters, who are all set up to gain our sympathy and love. KBS’s Fight My Way, which tells the story of how two individuals mature through their life obstacles, work towards their dreams, and also find love in each other, will begin airing on Mondays and Tuesdays starting May 8. 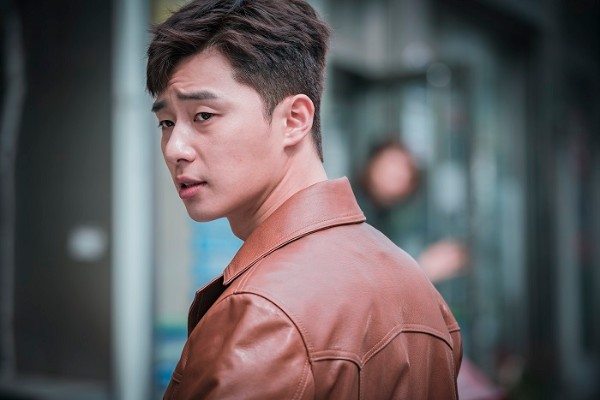 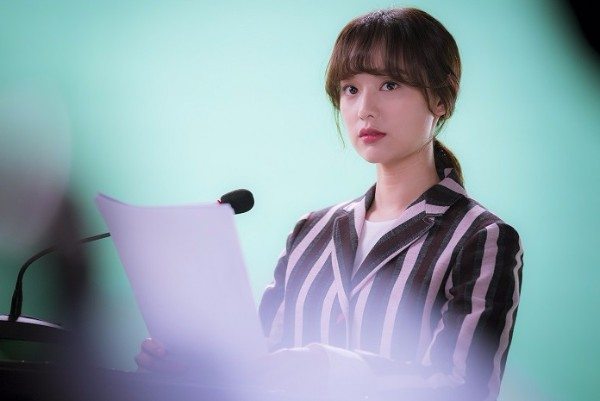 It seems as if May is going to be filled with great kdramas (Suspicious Partner, Ruler: Master of the Mask, and of course Third Rate My Way) I can't wait especially since it's airing on my birthday (if they don't change it again) :)

Next month feels like the best month for kdrama. I'm usually only interested in one or two dramas that air in the same time, but this time around, I want to watch all May dramas.

Now, where should I fork out money for new external harddisk?

SAME THOUGHTS!!! May spiked my "to live watch" drama list! Can't wait for this drama to begin!

I have loved Kim Ji Won since High Kick 3 and What's Up days. So proud of her and excited to see her as the lead!

Haven't watched all of High Kick 3, but she was so adorable in What's Up!

I watched High Kick 3 in February and started to like her quite a bit. She is looking more young in these still pics than that Dots role. I'm craving for more rom com and bang this is right up in my list.

Santa is coming to town this MAY and he is bringing dramatic presents *giggle* I just can't wait anymore. Ruler,third rate my way,circle,suspicious partner *thank you dramagods*

So excited for next month---so many things to look forward to! These two look so cute! I'm glad Kim Ji-Won has a lead role with what sounds like a great character---something she hasn't always had a chance to play (see: Heirs, To the Beautiful You)!

In what decade does the story take place? The looks are so outdated.

Actually, it will be nice for me if 'third rate' characters don't appear like a chaebol fashion show, as so often happens.

Just what I thought while seeing the pictures, the characters are often poor but dress well-off and use the latest smart phone. Strangely enough subway is for the everyman. Haha

Because it's third rate

I just love Kim Ji Won's description of her character and why she chose to do this drama. I hope the writing is as good as its two main leads! Park Seo Joon and Kim Ji Won fighting!!

Me too. I'm already thinking that this show and her character will break my heart from over-identification. I did my best! I worked my hardest! Where was my PSJ BFF to fall in love with meeee? *stomps off in decades-late, wasted snit ?*

@tineybeanie you should try OCN's My Secret Romance if you are missing the good old fashion rom/com! It's pretty cute and full of drama cliché, but the enjoyable ones!

As for Fight My Way I just can't wait for it to finally start! Hwarang was a little bit of a let-down for me so I am happy to see Park Seo Joon back on screen again (and hopefully with a solid project!). But my favorite part is definitely Kim Ji Won finally being the lead female character! She is so talented! I am so excited to see her back on screen.

Also, I gotta say it's nice to see once in a while a drama that isn't set in the chaebol world and that actually depict the life of "average" people.

May 8th need to arrive nooow!

There can never be enough well made rom coms though, and super keen for the best friend cliche. Yay.

This looks so cute. I'm soooo ready for a fluffy rom-com. I've been in a drama rut for a while....hopefully next month's offerings will bring back the drama crack feels!

if we go by this writer previous work,Baek Hee Has Return, then we will have a really solid rom-com this time.

and this is my first time hearing how an actress express what she liked about her character joyfully like her. i also like how their character looks so relatable. wishing for great rating for them!!!

I'm really looking forward to this show!! Love both leads and the premise!! May in a couple of weeks is looking really great for me in terms of the new wave of shows I'm anticipating!! ?

I want to watch this because I think I can learn something from it.

SO READY FOR THISSSS <3

The drama will actually air on May 22. It's on the official IG. I guess they needed to reschedule it because of the presidential elections. Got to wait for about three more weeks. Sobs.

Definitely excited for this one! Reading the character description of Park Seo Joon and Kim Ji Won makes me so happy since they're both such strong characters. I like how they're creating their life stories for the purpose of their own happiness and not because of what people tell them or want them to be. Can't wait for what's in store for us.

So excited for this one! Finally, KJW is the female lead in a drama!

So this is only 10 days away! YAY!! *starts countdown*

Other than the friends-lovers tropes, I always prefer lovelines that has somekind of history together. I really like the fact that these two characters already know each other.
And the quality of the characters seems so realistic. A-lot of dramas are gonna air this May, I definitely can't wait for these dramas to air.

Yes, I like that no one is a chaebol here! They're just normal people trying to find their place in life!

Yeah, agree! Sometimes I'm kinda bored with chaebol love stories and money politics. It's fresh to see people with normal lives that I can relate more.

This wont be just a regular rom com. Both the leads character are grounded in reality, struggle with real life issues and both of them had a lot of substance.. Loving evythg im reading abt this drama. It feels it will connect to us in being both real and delivering the feels

I can not wait for this finger-heart trend to end. It always makes me think someone is asking for money.

I prefer friends-to-lovers romances, so I can't wait until this comes out!

Oh my gosh. I am so excited for this drama! Kim Ji Won and Park Seo Jun? What's not to love? Finally Kim Ji Won gets a leading role!