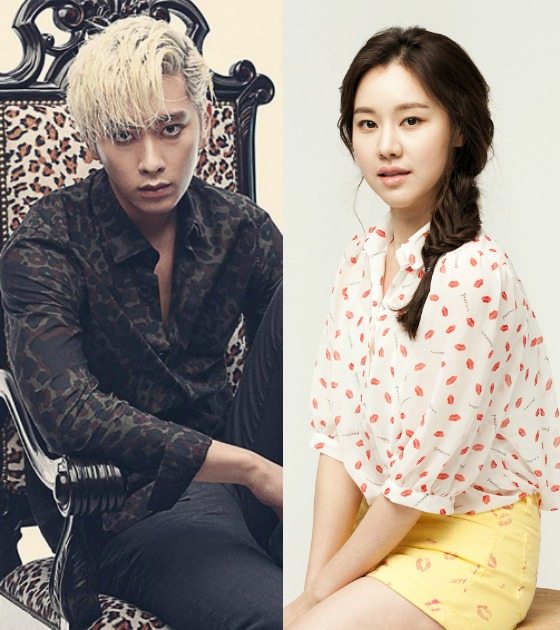 Kim Ye-won (Tomorrow With You) has been added to the cast of Nam Ji-hyun (Shopping King Louis) and Ji Chang-wook’s (The K2) legal romance Suspicious Partner. The upcoming drama is about how martial artist-turned-prosecutor Nam Ji-hyun and prosecutor-turned-lawyer Ji Chang-wook fight against the world’s prejudice, mature through apology and sacrifice, and fall in love in the process. Kim Ye-won will play the role of Nam Ji-hyun’s training colleague who becomes involved with her in a complicated love triangle.

I’m hoping that their relationship will have more of a playful frenemy dynamic (like Kim Ye-won had with Shin Mina in Tomorrow With You) rather than an actual angsty jealousy arc because Kim Ye-won shines playing cute, comedic characters. Last week, Choi Tae-joon (Missing 9) and Hello Venus’s Nara were reported to have signed on as the second leads, who may or may not find love with each other after suffering from one-sided crushes on the first leads.

In addition, 2PM’s Chansung (Ms. Temper and Nam Jung-ki) will make a special cameo in the first episode as Nam Ji-hyun’s ex-boyfriend, who is also the son of the district prosecutor chief. He was originally cast in Jang Nara’s ajumma sleuth drama Housewife Detective, but that’s been put on hold for a month, so I guess he’ll be filming for Suspicious Partner in the meantime. Early story synopses described a murderer on the loose, with Nam Ji-hyun being framed, and if this plotline still holds, I’m looking forward to watching Suspicious Partner because it’s coming from the same writer as I Remember You, Kwon Ki-young, whose portrayal of Park Bo-gum as an amoral but innocent killer was complex and interesting.

2pm members are on a roll. Hope Jun K and wooyoung will also join new projects

A former martial artist and it's not Ji Chang Wook?
What a breath of fresh air.

I bet Ji Chang Wook breathe a sigh of relief too :-)

I know!! After watching Fabricated City i just "No more - no more action for you" what a relief! I'm sure his body must be spent. Poor guy..

No more sensible contribution to this post other than to say, that picture of Changsung is fierce!!! It's not a style I like but for Nam Jung Ki's slacker bro, I'm here for it!

Lol, i hated NBG at first but he grew into me later, it was a fun character.

Kim Ye Won seems having a decent performance when his character given some conflict, like her acting is on fire during second half of drama TWY. For a second thinking How i wish she was the female lead. Haha

So just looking at the title I thought Kim Ye Won had agreed to cameo in a drama called Chansung which is a legal drama... yup I need more sleep.

I read "former martial artist" and thought the next few words that would follow would include "Ji Chang Wook." Glad they weren't. As much as I LOVE, loveee, to watch him kick butt I would like to see him in a different genre. I've only seen him in The K2, Healer, and parts of Empress Ki and Five Fingers. He's grown as an actor and it looks like he's totally capable of handling the romcom genre or one of the two. I'd hate to see him typecast as the action guy, so definitely looking forward to this one.

You are not the only one. And amen to that!