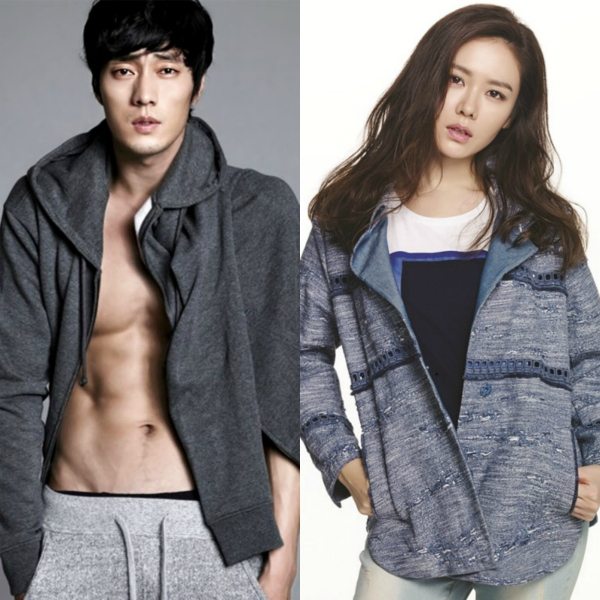 So Ji-sub (Oh My Venus) has received an offer to play Sohn Ye-jin’s (Last Princess) counterpart in the Korean remake of Japanese melodrama film Be With You (Alternative title: Coming to See You). If he confirms, it’ll be a reunion project for them after sixteen years since their first project together, MBC’s Delicious Proposal (2001). This upcoming movie Be With You is about a close-knit family that’s torn apart when the mom dies of a terminal illness.

Sohn Ye-jin confirmed at the end of last year that she would be playing the deceased mother, and her agency is currently in the last rounds of negotiations with the Be With You team. So Ji-sub is up to play her husband, who’s left behind, and at a complete loss as to how to carry on with their young son. And he’s thrown off again when his wife suddenly appears again in front of them, a year after her death during the rainy monsoon season.

Both actors have strong records in the melo genre, with So Ji-sub’s breakout project being I’m Sorry, I Love You, and one of Sohn Ye-jin’s most popular films being The Classic. They both have these expressive eyes that convey such soulful depth—I was particularly impressed with Sohn’s portrayal of Princess Deokhye in her last film. In their project sixteen years ago, they starred as siblings who had a typical bickering relationship, but now they’ll be a wistful married couple, so it’ll be interesting to see how that chemistry translates.

Be With You is being directed by rookie Director Lee Jang-hoon, and is expected to begin filming when the casting phase ends. 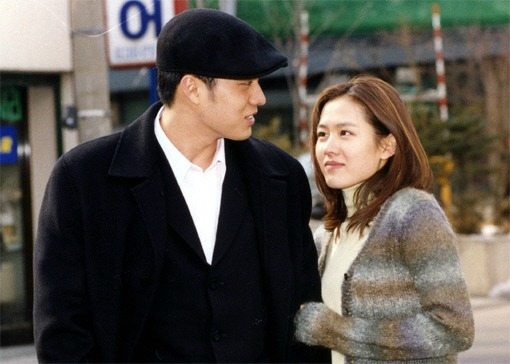 Any excuse to see So Ji Sub on my screen is a good one!

did u have 2 include his shirtless pic? *fans self*

I clicked on this link because of that.

I don't find So Ji-sub very attractive but those abs are like a piece of art. Yes please.

I'm sad because you dont't find him appealing (except the abs), but in the same time I'm glad because there is less competitor among jisub's fans :p

I love him on my screen though! He is an excellent actor, just not so much my taste look wise. But fear not, I may lust after his abs but the rest of him is all yours!

I didn't find him attractive until I was halfway through Master's Sun, where I suddenly decided he was just absolutely adorable. ^^

Same here, I think the good fitted suits he wore all the time as a Chaebol really helped too haha

I'm quite a fan of his, and it's not because of his abs. I like his dramas, I've watched practically all of his early dramas, including We're Dating Now with Chae Rim, which was such a simple yet charming show. He likes to play aloof, broody kind of guy roles, but when he turns on the charm, like in Cain and Abel, he is irresistible.

Whoah! I suppose beauty is on the eye of the beholder. But really?! Even my very traditional mom thinks So Ji-sub is "very handsome", because of his eyes, of course.

So a movie about how even death cannot separate a girl from so ji sub :D sounds about right!

This news got me hyperventilating at 1am. Anything SJS, please..YES. PLEASE!!

THAT is one hot human being!

It's a shame there are 2 pictures that show the male lead had no plastic surgery in 16 year but he definitely doesn't look like she did 16 yrs ago when they first worked together.

I know Chungmuro have all great actors but there are only a few of them. They keep repeatly pair with each other or switch around.

This kind of ghost story creeps me out a great deal and I won't touch it with a 10-foot pole because it will haunt me for years. I wonder though what I would do if someday my favorite actor decides to star in one.

I will at least start any drama So Ji Sub is in and most likely finish it. Plus, how does she still look the same? I'm jelly.

Check him out in OH MY VENUS - he is flirty, sexy and smoldering.

is he grieving in the shower?

That is a must. He should only sign if he is allowed to do that. Or perhaps a bathtub. or while exercising?
/
Oh wait, I think I am taking too much from Oh My Venus!

He's like Song Seung heon...they shower every chance they get.

No wonder they are best friends! :P

Of course he is!

The post title says ghost but neither visually nor storywise it is a ghost in the original. To everyone who haven't watched it yet, it is very recommended. Even though the fantasy genre is not my favorite genre at all, this movie is in my top five movie list. Maybe not entirely due to the story line but the acting was top notch. By all three. Later the main leads even got married. Sadly they divorced.

That's a lot of spoilers.

oooh, i liked the Jmovie very much -- i can see these two perfectly in the roles! i'm totally in... plus, it is TIME to see so ji sub again! *swoons impatiently*

Miss so ji sub on screen. Love to watch Always when I am in withdrawal phase. The story sounds interesting. Did not watch the original but sounds promising.

So I recently discovered Delicious Proposal. They're nice in it, but the drama itself is very dull. I'm happy to see them back together, not finishing that drama so I'm more than ready for them to be a married couple. Wish it was a TV drama though!

This sounds like a really interesting premise, and both of these actors would be PERFECT for the roles. I hope So Ji-sub takes the part.

Finally somthing with so ji sub!! we wer just talkin abt this the other morning rite :D

A melo ? Guess I have to prepare my tears !

THE CLASSIC is one of my favorite movies. Love the music and the dual time lines.

I didn't realize how many of Sohn Ye-jin's other films and dramas I've seen: ALONE IN LOVE, GREAT AMBITION / DAEMANG, PERSONAL TASTE, A MOMENT TO REMEMBER, PIRATES, and APRIL SNOW, which I just watched about two weeks ago.

ALONE IN LOVE is another special favorite of mine. It's one of the most realistic depictions of a relationship I've seen. Kam Woo-Sung was great as the other loner in the relationship. The rest of the cast was solid. They don't make Kdramas like that nowadays. Highly recommended.

I lup her! One of my fav film actresses. Hope she'd do a drama sometimes.

Now this casting I like.
The Jmovie casting was great (the jdorama less) and it would be a interesting project.
I wonder if they'll keep the twist or change it in the Korean version.

OMG YES! Finally, a pairing that I approve and can look forward to!!!

Oh yes! Hopefully this reunion will happen! Interestingly, I just realised that their lookalike juniors, Yoo Seung Ho and Kim So Hyun, will be on screen together soon. Senior melo OTP vs junior melo OTP..

This 2017 is truly an amazing year.... I got kim so hyun and yoo seung ho in a drama together and now its son ye jin and so ji sub in a movie together.... All I need now is the four in one project together.

oohhh.. i watched the japanese movie with one of the SMAP member.. it was a really moving story especially with the plot revelation at the end (i wont spoil it here)..

hopefully they'll make this another good adaptation.. i assume its a drama not film?

Both good actors, will it be sad? Hope won't have to cry too much

Is he grieving while he's naked? Kidding aside, would love to see this one happen! I'm already sold.

Son Ye-jin should totally make a comeback to the small screen...

I've always liked So Jisub in his roles. Not your kpop boy image ....but more like a man. Will look forward to see their chemistry.

Love love love So Ji Sub and Sohn Ye Jin is my girl crush (has been since A Moment To Remember). Can't wait to see this though I have a feeling it will make me cry ugly tears.

I would love to see these two together!!!!!

I love the man and the actor SJS!!!!! Miss his acting! And I just watched Last Princess... SYJ is a great actress! Can't wait to see them together in this project :)

It will be a Dream come true for me if SJS AND SYJ will make it! Since 2010 ive been always dreaming this two to be in one drama as the lead character ! Pls Sjs Comfirm that movie :)

Oh this will be a wonderful reunion!

I watch quite a number of Korean Dramas, the best actors with really fantastic acting skill, in my opinion are, So Ji Sub and Jo In Sung. Out of these 2, I like So Ji Sub better because of his manly look and character and nice body (of course). He is my #1 Korean actor. Love him totally.

I was disappointed with this movie somehow. Just fell flat for me despite two giant names.