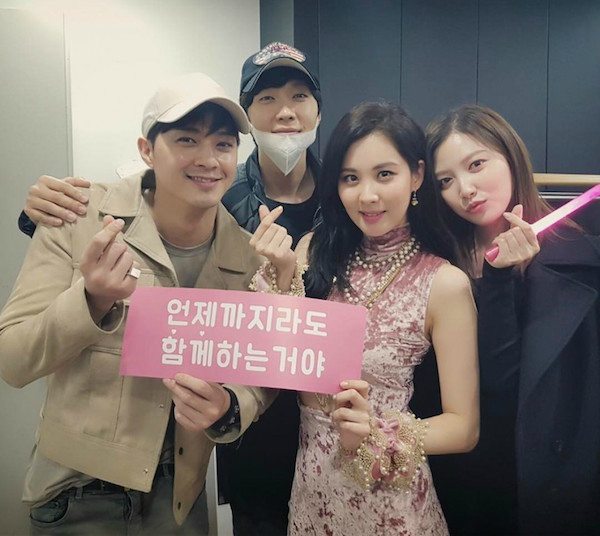 Caper films are some of my favorite types of movies, and MBC’s upcoming drama Thief-nom, Thief-nim looks like it’ll essentially be a huge caper film in weekend drama format. The first teaser was released, showing some of the key characters, including leads Seohyun (Moon Lovers: Scarlet Heart Ryeo) and Ji Hyun-woo (Wanted). The plot is about how a modern Robin Hood-esque group led by Ji Hyun-woo takes strategic shots at the powerful, corrupt system controlling Korea by stealing the secrets and the wealth of its most central members.

In the teaser, a timed pocket watch ticks as Ji Hyun-woo, wearing anti-detection gloves and all black clothing, works to get a safe unlocked. He smiles just as he’s successful in opening it right before the timer goes off, and a flash of Seohyun running along a hallway in pursuit passes by. She plays a righteous police officer who always stands up for the weak, and the teaser shows us short cuts of her in action, aiming her gun and taking down criminals.

Meanwhile, the background symbols in the teaser tell us that the two secondary leads, played by Kim Ji-hoon (The Man Living in Our House) and Im Joo-eun (Uncontrollably Fond), have careers in the justice system. Im Joo-eun plays a chaebol heiress and intelligent lawyer at a prestigious firm, while Kim Ji-hoon, despite coming from the same background as Ji Hyun-woo’s character, becomes a prosecutor on a special task force that arrests thieves like Ji-Hyun-woo.

Personally, I’ve found that Kim Ji-hoon and Im Joo-eun can be powerful actors, so I’m excited to see what they bring to this drama. I’m also wondering how the decks will stack up, because it looks like it’ll be Ji Hyun-woo against the world, until maybe he gets Seohyun to switch sides from taking blind orders from above. Will she become his inside woman?

The first episode of Saturday-Sunday drama Thief-nom, Thief-nim airs on May 13. 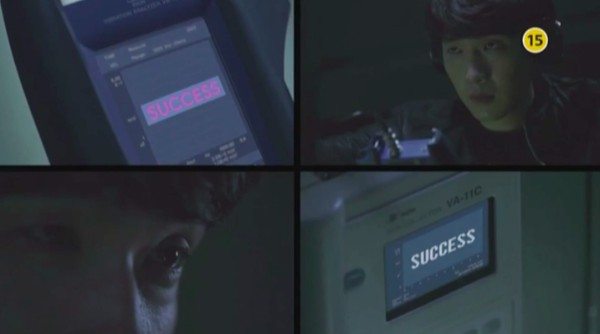 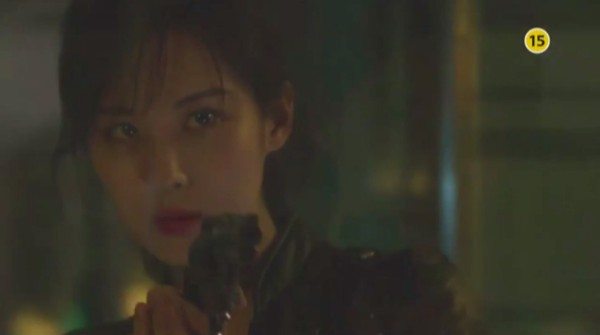 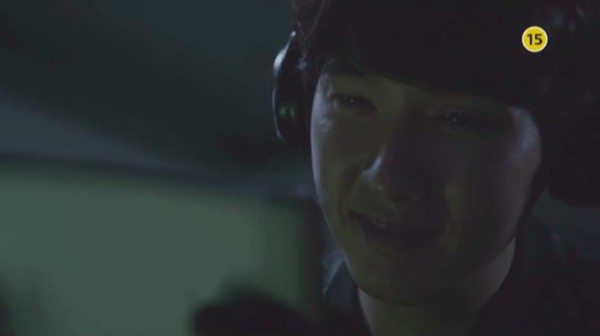 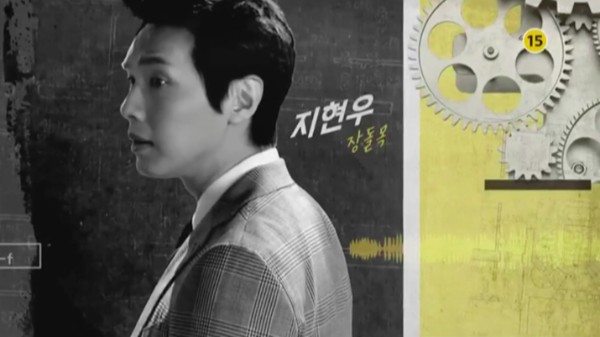 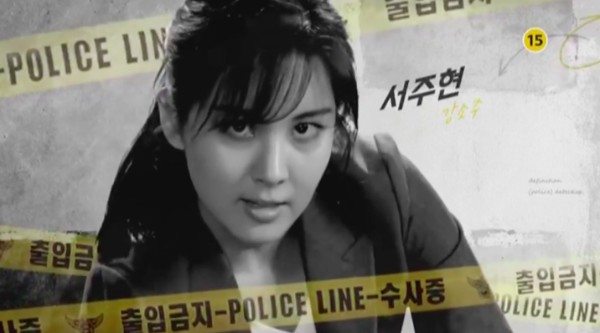 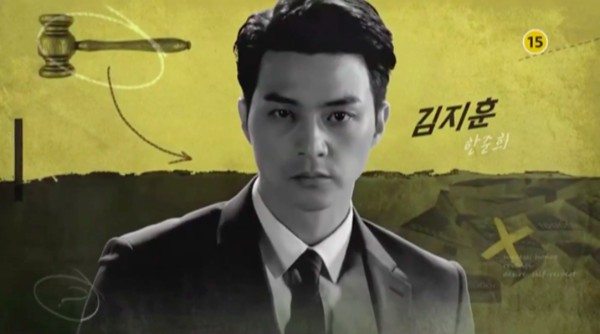 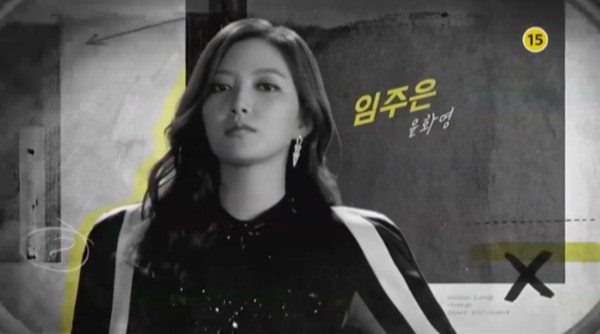 I've found Seohyun to be a little bland in her interpretations, so perhaps this role will give her something to motivate her a little more (snagging Ji Hyun-woo!). As for Kim Ji-hoon, I really want him to get another crack at leading roles, don't you?

Yupz, idk why Kim Ji Hoon lately doing some of supporting roles, he is a great actor. After Jang Bori Is Here, I never watch him in the lead of drama

I liked Kim Ji-hoon in Love Marriage, he made a cute pair with Kim Min-hee. I'm not sure why he's been in secondary roles lately.

He was tonally perfect in "Flower Boy Next Door" too, so why is he always the second fiddle?

"a little bland" is an euphemism for me :)

Haha XD
I agree with you

Will give this a try for Ji Hyun-woo and Kim Ji-hoon..

SAME! They look so cool

This would be right up my street and I really like those three actors... but why Seohyun as lead? It was painful to watch her in Moon Lovers.

This drama seems to be fun and i love both Ji Hyun-woo and Kim Ji-hoon, so i'll definitely going to watch it :)

This one is not in my list until... now. When I see KJH and IJE in it. And the poster below, darn... KJH rocks the suits. *lol*

They should cast Seolhyun as the young version of Go So Young in something, they look so alike.

If Seohyun manages to convince me she's a tough police officer, I will cheerfully tell the world she is the greatest actress to ever come out of Kpop. I've always been able to identify her out the Girls Gen line-up as the one with the innocently vacant expression. None of the SNSG members are dull-witted, but Seohyun often looks as though all her thoughts just sweetly drifted out her ears and whiffed out the window.

LOL. Out of the girls from SNSD, she appears to be the one with the most bland personality. SNSD in variety shows can be quite a riot especially when they tease each other and Seohyun can sometimes appear out of place. Kim Hee Chul once joked that Lee Soo Man prevented Seohyun for a while from appearing on variety shows on her own because of her personality. I think she's one of the smartest though based on her hobbies (loves to read, quite good as a pianist) and also on how she responds to interviews.

But, for this drama, I would've switched her role with Im Joo Eun's.

Seo Hyun in brief is like a diva/princess in real life. The only thing I still cannot digest, with her character and smartness, why she decided to become an idol. I think I read somewhere at the beginning, all other SNSD members were having hard time with her.

Me too. Funny thing is, she is one of the SNSD girls, together with Sooyoung, Yoona and ex-member Jessica, who have trained with SM the longest. Seohyun and Yoona have been trainees since they were 10 years old. Given Seohyun's background, it came as a surprise to me also as to why she went the idol route.

During their debut years, the other SNSD teased Seohyun for being too disciplined (eating healthy, sleeping on time, laying out the informal rules of the group) and not being boy crazy, hee. I guess it has worked out well for her as Seohyun has never been in a scandal just yet.

lol even at the sbs drama awards last year with the scarlet heart team squad.Everyone else seemed to be hype and having fun.she was the only one still trying to be prim and proper and looking so out of place.

Did she manage to convince you?

Still trying to wrap my head around why Im Joo-eun is the second lead and Seo-hyun is the first. I have loved Im Joo-eun since her What's Up and Wild Romance days. She's versatile and talented and am just dying for the day she finally lands a role where's able to show her chops. Similar to Kim Ji-won (who costarred with her in What's Up).

She was the best thing in Wild Romance. I wish she will do more romcom in the future

I continued to see that series just for her and that manager....

Ugh. I'm so sick of the talented Im Joo Eun never getting the leading role that she deserves! Always playing second fiddle to these less than stellar actress. I don't get it. I really want to watch this because I love Kim Ji Hoon and Im Joo Eun, but I don't know. We'll see of Seohyun's mediocre bland acting improves or not.

This type of story in a weekend drama format is certainly different. It's not the usual fare usually reserved to those 50-episode weekend shows. ....... But there's nothing wrong with that. It may very well turn out to be quite interesting!

It's good that mbc is trying something new for a weekend drama, it's a good move.

I am excited to see more of Seohyun!!!

Kim Ji Hoon - I like him and hope the drama will do well for his sake. As for Seohyun I've never watched any of her dramas but did watch her as one of the MCs at this year's Golden Disk Awards. I thought she was cute and lively in the fancams that I watched eg

So I am going to give her the benefit of the doubt and hope that she'll prove her doubters wrong.

If Soo Young is in her place for this drama, I will be happier to watch this drama (although still sad for Im Joo Eun). Seo Hyun should just do webdrama/ short drama if she wants to do acting but maybe please just focus on singing. She is even has her own solo career.

This could be interesting premise for weekend drama, but still I am not expecting anything, since I dont really trust this writer. MBC needs a high rating for thei weekend drama since the current drama is not doing really great (Father I'll Take Care of You) .The other drama You're Too Much is doing better and maybe in next 10 epi could reach 20%.

I'm always a fan of im joo eun She plays her character so well that you are immersed in her acting..... So sad that she is not the main lead!?

That looks good but I'm a little cautious with Seohyun's acting. Let's wait and see...

the posters looked good! im skeptical bout seohyun's acting and usually don't watch long dramas like 50 episodes etc.. so i think im skipping this even though i like the other 3 leads... ?

If I do check this out, it will be for Im Joo-Eun. Such a talented actress who seems to constantly play second fiddle. The trailer looks pretty decent so there is that as well. Fingers crossed!

Im joo eun is better than the said female lead. I dont get why she hasnt get any leading role yet

Hmmmm i have a bad feeling about this drama....

Last drama she was in is the saeguk drama where she paired with namjoohyuk.

I'm not liking her acting in that drama.

And she is the main lead here?

Another flop from mbc i guess...

Gosh, I HATE castings like that. 3 out of four worked for years to get secondary or lead role in a drama while some talentless girl who isn't even that interested in acting suddenly gets a lead role.
I like actors but I would probably feel too bad watching it so I'll probably skip it.

So savage. But so true!

Honestly, I don't know what to expect from this show. I do like caper shows, with the suspense and probably witty dialogue. The twists and turns of the plot can also be fun as well. But this is a 50 episode weekend show -- at least I think it is, which has been dominated by family fare.

Anyway, what I'm trying to say is that 50 episode weekend shows tend to spend a long time on singular plot points, going over the same romantic story from every viewpoint, including some noble idiocy along the way. Oh and of course filial piety. If you don't have those (honestly tiring) plot devices, how will you fill 50 episodes? I remember watching Smile You, which was great for awhile. But then someone needed a liver and they stretched that plot point out for about 20 episodes. While I liked the character who needed it, I was starting to hope he'd die so that that tired plot point would cease.

1. I really want to watch this but I'm watching Father is Strange
2. The episode count really scares me. How much plot can they fit in the duration of the show? I'm afraid that it will be painfully slow

No..wait...what??
I didnt realised Im Joo Eun in this drama? Why issit all my fave are second leads? Well, Kim Ji Hoon second to JHW is still ok but IJE to Seohyun? I hope she was in sparta-like acting classes for this~

Why is Seohyun getting a lead role? Will production not get their sponsorship deals unless she gets main role? I guess if I'm thinking on a positive note, at least it gives the opportunity for Im Joo Eun to steal the spotlight :P

Yeah, I don't really get why they would cast Seohyun. Perhaps others have seen her in roles where she did a good job? I know nothing about her, not an idol or kpop fan, but she was so wooden and bad in Scarlet Heart her acting became a joke on the threads. I winced when she was onscreen, and I don't even comment much on acting because I only read subtitles.