JTBC has released a few new posters and one new character description for its upcoming drama Man to Man, and I love them to bits. Man to Man has a kind of quirky hard-to-define genre mashup that looks like a nice mix between James Bond and Mission: Impossible with a little Get Smart thrown in, and it’ll be exciting to see if it all comes together.

The drama will be about an unusual bromance between Park Hae-jin (Cheese in the Trap) and Park Sung-woong (Remember—Son’s War). The way they styled him in the posters makes Park Hae-jin’s character, Kim Seol-woo, look every bit the elite ghost agent that he is. Seol-woo has a 100-percent success rate with each mission and never compromises his identity. On the other hand, Park Sung-woong’s character Yeo Woon-kwang is a badass Hallyu star on TV, but the difference between how he’s styled in the first poster and the second makes it seem like perhaps he’s hiding a not-so-badass personality in real life.

The third poster hints at the potential romance between Park Hae-jin and Kim Min-jung (Master of Trade—Inn 2015), who plays Cha Do-ha, Park Sung-woong’s No. 1 dyed-in-the-wool fan since high school. She has climbed the mountain of fandom and is now a manager for her oppa. Her fangirl spidey sense is on point, because she is the first to notice something is amiss with his new bodyguard. However, I’m sure she didn’t expect to get swept off her feet by him.

The group poster presents the main cast of Man to Man in all its glory. On the far left is Chae Jung-ahn (Entertainer) who plays the elegant Song Mi-eun. Song Mi-eun climbed up the social ladder when she went from promising actress to the wife of third generation chaebol Mo Seung-jae, played by Yeon Jung-hoon (Mask). She’s a glamorous woman who has a secret wound from a past relationship, while her husband is an ambitious chaebol who will be the source of evil in our drama.

And finally, on the far right and rounding out the main cast we have a new character! Jung Man-shik (Neighborhood Hero, Asura) plays Lee Dong-hyun, a former National Intelligence Service agent who is Park Hae-jin’s strongest ally. He is described as a very elusive character with a big presence who will add additional layers of fun and tension to the drama. All the characters are said to have interweaving storylines with each other, which will hopefully lead to some hilariously unpredictable moments.

JTBC’s Man to Man is written by Kim Won-seok (second writer on Descended From the Sun) and directed by Lee Chang-min (Remember–Son’s War). It will air at 11 pm on Fridays and Saturdays beginning April 21, following the end of Strong Woman Do Bong-soon. 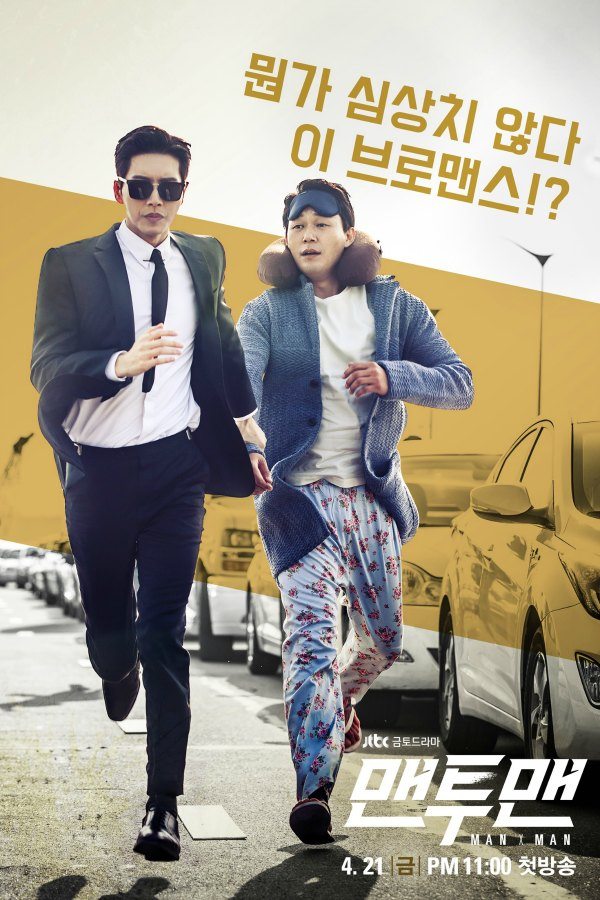 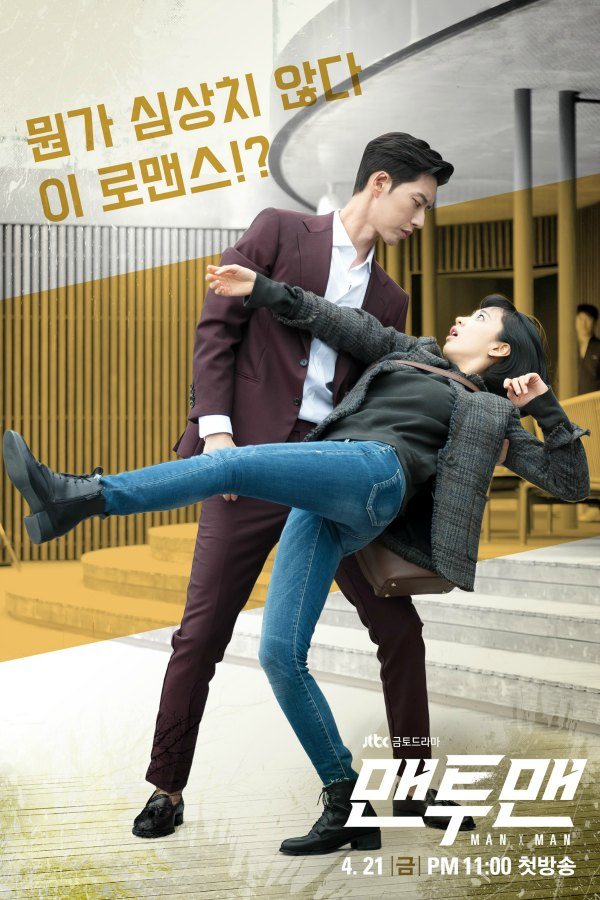 I can't wait to watch the bromance blooms

First time I went to sign up Netflix because I want to watch this drama after all the teasers. But I cannot find this title. I know it has not started airing yet but shouldn't they post the title already to promote and advertise it? How does it work in Netflix? Do they only post the drama up just before airing? I am new to Netflix so not sure how it works. Can someone who has Netflix advise and share?

By the way I am very disapppointed to see such a miserable collection of titles especially Korean, Japanese, Chinese movies and dramas. Don' t think it is worth the money So Netflix really need to improve their Asian content.

Don't want to let go of BongSoon yet but if this is what comes after, maybe there's hope for my grieving heart.

I am excited for this. Song joong ki is making cameo appearance. Double excited?

Didn't know Yeon Jung-hoon was in this, I must have missed his casting because I was too busy squeeing over Park Hae-jin. It's always nice to see him but I'm afraid he's getting typecast.

I was honestly expecting something a little K2-ish, but this is so much better!