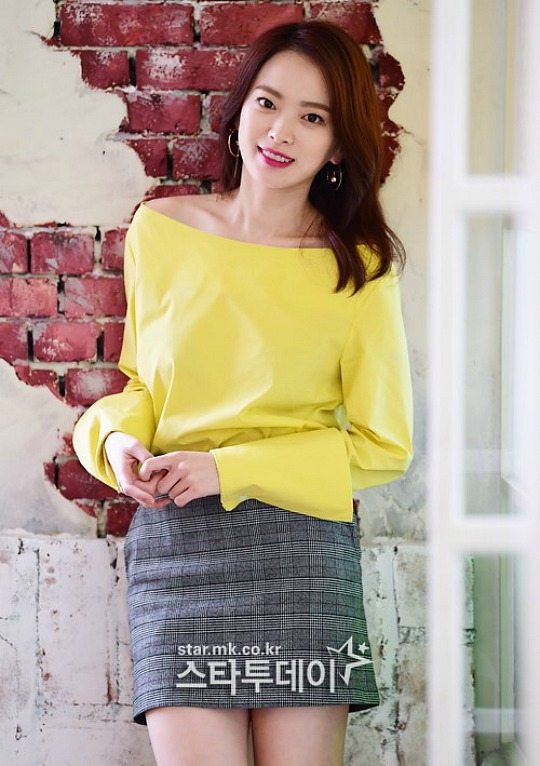 Uh oh, it’s starting to look like SBS is going to have to look elsewhere for a leading lady for its upcoming legal thriller Falsify. Chun Woo-hee (The Wailing) is still technically considering her offer to star as an elite prosecutor who graduated at the top of her class, but it appears that both her management and the drama producers are assuming she will have to drop out.

There were some conflicting reports early on when an article suggested that she had all but confirmed her role and then pulled a no-show for Falsify’s first script reading. Another article reported that script readings originally scheduled for late April had been put off because of her delayed decision, and that the first shoots for the show had started without its leading lady.

Fortunately, SBS has since released an official statement countering those reports, saying that Falsify has yet to schedule a script reading, let alone start filming. Chun Woo-hee’s management also told the media that while she had been considering the offer favorably, her film projects had made it difficult for her to commit to the drama schedule. I hope she puts the drama producers out of their misery soon, though, because the July premiere date is looming very close. Thankfully, it looks like the producers have already started preparing and are looking at other actresses to replace her.

I’m kind of bummed that Chun Woo-hee’s not going to take the prosecutor role. Sure, it’s not official (yet), but it’s looking like her exit is a foregone conclusion. I really enjoyed her performances in The Wailing and Beauty Inside, and I was excited to see her in what would have been her first major role on television. 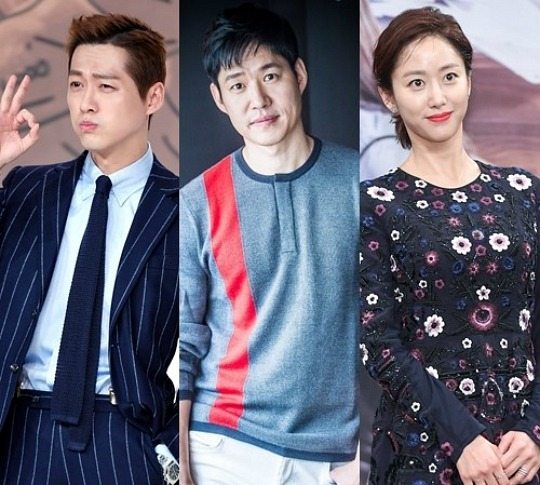 In better news, Namgoong Min (Chief Kim), Yoo Joon-sang (Pied Piper), and Jeon Hye-bin (Woman With a Suitcase) have all confirmed their roles in Falsify. Yoo Joon-sang will play a reporter, and Jeon Hye-bin will be a veteran photographer on his team. Namgoong Min will also play a journalist, but his character will be bent on avenging his older brother who died while trying to report corruption.

The rest of the cast is looking pretty solid, so I hope for the show’s sake that they manage to find another great actress to be its leading lady. And find her soon, ’cause the clock is ticking with its scheduled premiere date of July 24, following My Sassy Girl. Chop chop, people!

SBS seems to have a bad luck in securing leading ladies, Suspicious Partner has the same issue with 3 leading ladies before NJH.
Curious to know who will get the offer instead of her.

For Suspicious Partner, I couldn't be happier that NJH got the part. I don't even remember who were the 3 that declined the offer. Although I have to say that SBS loves to create buzz for their new dramas by just mentioning known actors' names.

This is not the 1st, 2nd, 3rd etc time Chun Woo-hee has turned down a drama. Can't blame her when she is getting better roles in Chungmuro.
Kim Min-seo, Hong Su-hyeon, Park Ye-jin or Seo Ji-hye could do this role if SBS was looking for talents in dramaland.

Maybe she and her agency need to be more firm that she want to decline it. SBS probably insisted to have her though. I love all the actressess you mentioned, I cannot believe Kim Min Seo is wasting her talent for some boring daily drama ?sighh

I agree with you when it comes to her agency. She usually declined last minute.

I do feel bad for the talented ladies in their 30s. They are so good but there is hardly any lead roles for them.

True. Some actressess in late 20s and 30s are good enough to gain more recognition. It is a pity to see them stuck in supporting, secondary or lead roles in weekend/ daily drama.

To be fair. Word was she already declined this drama. But SBS asked her to reconsider. Hence even more delays. Hope the crew find its leading lady soon

Yes that's why I said her agency needs to be a little bit more firm to decline it so SBS can give up totally.

Seo Ji Hye will be great! She was good in Punch and hopefully next time round she can get a lead role.

I feel bad for her every time she plays 2nd fiddle to a more popular actress.
She is wonderful in sageuks too.

Just get Seo Hyun Jin for this role, she and Jeon Hye Bin can reunite and will give us many more reasons to watch! I so want CWH in kdrama but she is one busy girl! Maybe next time! We still have many other talents that can fill the role ?

It's time Seo Hyun Jin looking for more role in chungmuro. She is in a limelight right now, Should be take this as an advantage to go there. In terms of acting, she is not inferior to all those talent in chungmuro.

Agreed @missjb, I would miss Seo Hyun Jin on small screen but would also love for her to fully spread her wings in the Chungmuro world too.

I'd love to see her join Kim Ok-bin in kicking serious butt in Chungmuro.
I can't wait for "The Villainess" to hit the theatres.

Kim Ok-bin's "The Villainess" is having it's world premier in style at The Cannes festival. It must be good to be invited for the midnight showing.

I would love to see her to be active in chungmuro!

recently that kind of genre is gettin popular I thought

Sort of unrelated to the news but I actually really liked Jeon Hye-bin in Woman With a Suitcase. She took what could've been an unsympathetic character and gave her depth and humanity so while I didn't like the character, I sympathised with her. I'm excited to see her bring her a-game again for this show.

I wouldn't complain if she takes the lead here. She has been stuck in 2nd lead for a long time.

I know NGM is a super hit actor today, but it's boring to have him again on screen this fast.. *You can throw your stone stone me

nah, you're not the one who think like that. He should do some good film sometimes.

This offer could be a very good one that he cannot afford to turn it down. He needs to strike while the iron is hot, and he is already in 4 series and no longer young to just wait for another good offer like this to come to him.

Oh yes! Either Jung Yumi or Jung Yoomi will be great!

Jung Yumi the film actress will be harder to get than Chun Woo-wee. She is one of Chungmuro's go to leading lady.

They should've just given Jeon Hye-bin the lead role. I'm surprised she hasn't gotten one yet, considering she's a better actor than a bunch of the female leads we've had in dramas.

But since she's been confirmed as second lead, I'd really like to see Seo Ji-hye get an opportunity.

Just give the role to someone who want to act then force someone who doesn't want to do it. Seo Hyun Jin or Seo Ji Hye will be a good choice. It's time for Seo Ji Hye leaves the shadow and become the first lead. She's really talented. Seo Hyun Jin is also a good choice. She proves that she's a good actress with RDTK and Another Miss Oh. She even with Baeksang this year. Please consider it SBS!

Seo Ji-hye would be a great pick. I thought she did well in Jealousy Incarnate - the character could have become the typical bitchy second lead in the hands of a less experienced actress, but she made Hye-won sassy and cool.

Why don't they just cast Jeon Hye-bin as leading lady