Hacker, lawyer, and Lookout team up for vigilante justice 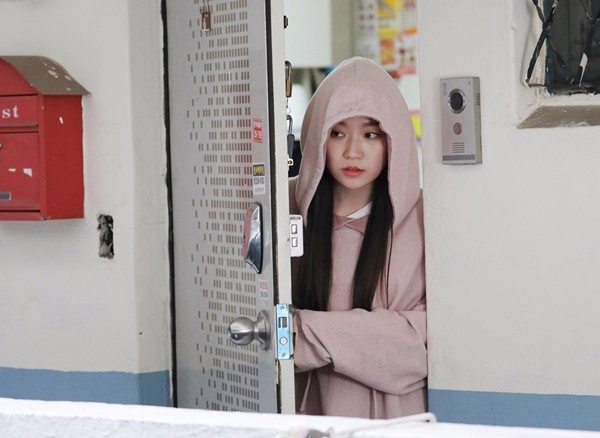 Yay! MBC’s new Monday-Tuesday drama Lookout has released more stills, which is great because I’d been thinking that the promo for this drama was a bit too quiet. Starring Lee Shi-young (Valid Love) and Kim Young-kwang (The Man Living in Our House), this action-thriller is about how a group of vigilante warriors take charge when the inherently corrupt political landscape of South Korea prevents justice from being carried out through the proper legal channels.

Lee Shi-young plays a police investigator who joins the vigilante organization when her daughter is brutally murdered, while ambitious lawyer Kim Young-kwang has his own hurtful past that leads him to the organization. A couple cuts of Kim Young-kwang and of his potential rival, a righteous lawyer played by Kim Tae-hoon (Fantastic) have been released.

The most recent images show Kim Seul-gi (Second to Last Love) who plays a hikkikomori, a painfully shy person who avoids other people. And the way she’s cautiously opening the door like a monster’s going to come out at any moment just tells me that the actress has gotten this role down pat. Her character is severely antisocial, but at the same time highly tech-savvy, leading her to engage with the world through a strange medium: CCTV.

Yup, that’s right, she’s the one who knows if you went ten over the speeding limit or were making out in the elevator. For the vigilante organization, she’ll be providing the much-needed role of surveilling the entirety of South Korea and finding out all the dirty little secrets of its movers and shakers. Shinee’s Key (Drinking Solo), who can also been seen in the stills below, is a genius hacker who works alongside Kim Seul-gi for the organization. I don’t know if there could be a loveline for the two of them, but I’d be totally onboard if there is. 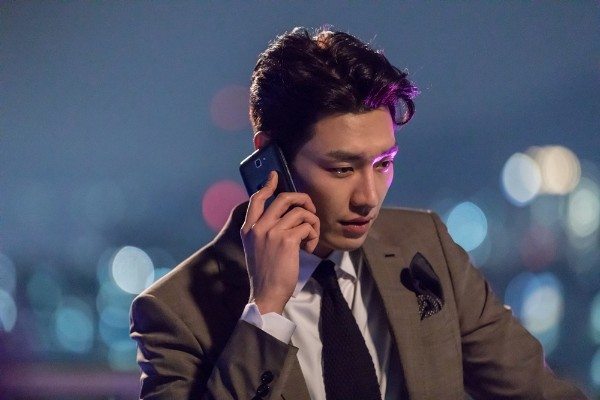 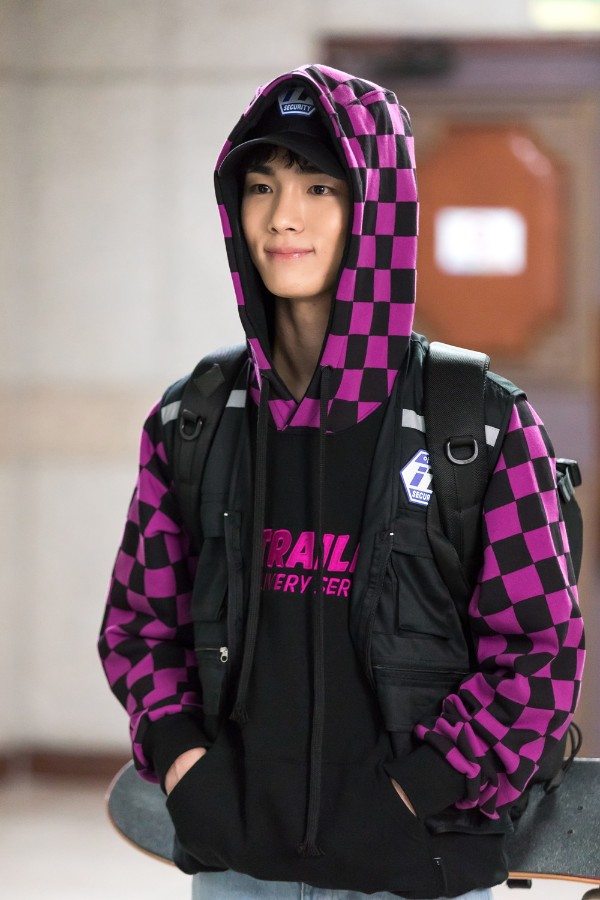 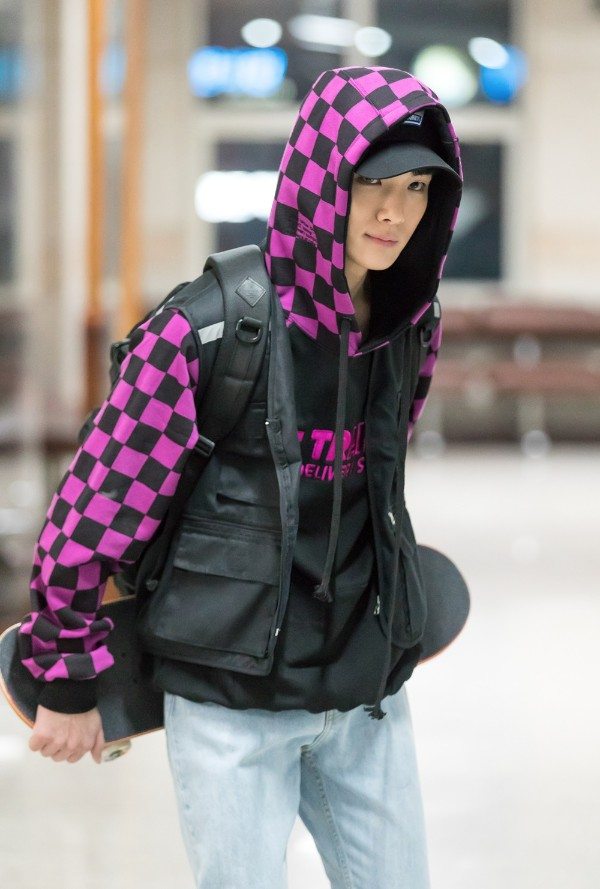 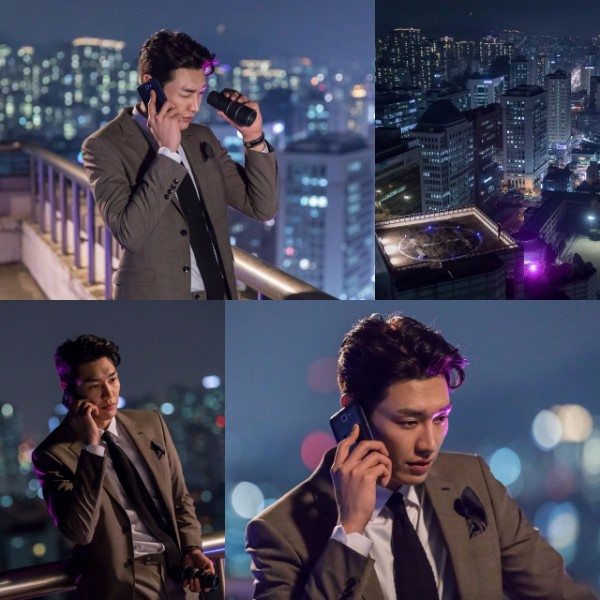 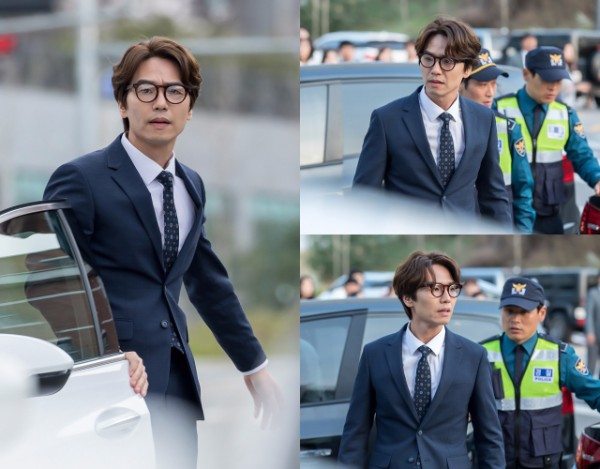 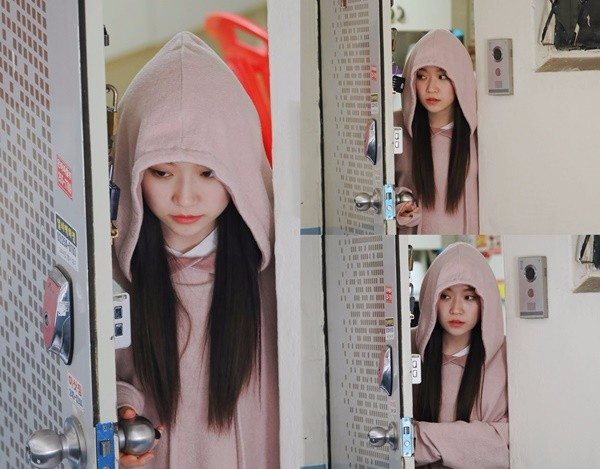 Finally, a full-length drama for Seul-gi!

Also, KSG's seems like the most interesting character of the lot. Rooting for her. You go girl!

just a still of a girl slightly opening a door - yeah yeah she now is more perfect of a hikikomori than the real ones. And her descriptions gives no idea she actually is one. Anyone is portrayed recluse these days. Seul-gi looks good in that hoody.

Yesss! I love KSG sooo much! Can't wait to see her. Lord her a lot in SSL and OMG. Just throw me a decent plot and I am in!!

I'm down with the whole cast except for him.

Agreed... Man's got one of the cutest faces ever and the most beautiful proportions but... Dude can't act.

Give him a chance. Im okay with him..

He is okay for me, liked him in the stranger in our house. He reminds me of Jung Gyu-Woon in Dr. Champ/ Oh My Venus.

Me too but not because of his acting but because he once did a body shaming stunt in one of his interviews and I've been turned off to his projects ever since. Maybe I will tune into this drama for KSG.

I have a gut feeling Seulgi-ya's hikkikomori CCTV specialist will be v precious + the most relatable of the bunch. That and KTH's natural charisma in spite of the flopsy hairdo is proving casting directors are blind as to who deserve lead roles.

I always forget how excited I am for this drama because promo has been so quiet. Then I see a new post about it and get so excited again! WEEEE! I can tell KSG is gonna nail her role.

Yay! I like Kim Seul Gi so much. Can't wait for this drama. Finally, she got a good kdrama role. ???

Kim seul gi and key would be awesome.... If they are paired, I am definitely in....

He was good in Drinking Solo.

well i'm excited,i haven't really enjoyed any new dramas this season except Chicago typewriter. there are a few i am really looking forward to.

It's my first time to hear about this new drama and YAY I AM EXCITED!!! Because Kim Young-Kyang and Key!!! Interesting story, so maybe I'll add this in my list. Heheh i can't wait to see more of Seul-gi also!! ⚡️⚡️

such an interesting turn for Kim Seul Gi and what a chance to evolve as an actress, till now she´s almost always played the bubbly and outgoing type. I hope she delves deep into it and tries to get the best experience.

Actually now that you mention it that's so true, she is acting as a character not in her usual range. Her acting chops are always good tho, so this will be a interesting character for her :D

She was also not the loud type in Queen of the Ring and she nailed it.

Is Shin Dong Wook still a lock for this drama? He was supposed to make his acting comeback in this but I see no mention of him here. Either way the plot sounds interesting enough that I'm considering checking it out if it gets positive reception. I'm particularly hoping for a great use of its set of characters. There's a lot of potential for meaty character exploration, so I'm hoping they will focus on that along with what will certainly be a flashy exposure of their abilities.

I hope this drama will be the redemption of Kim Young Kwang, the drama that will make me further forget that I forgot to finish The Man Living in Our House ?

Oh gosh right!!! I forgot abt it. Def because I was excited to see his handsome face again. Hahahaha ??????

I can't wait for this drama! Especially with a well-rounded cast :) The characters they play sound so nice too~~

Kim Seul-Gi is baaaack, and she will be getting a meaty role to work with! This is gold!!!!! She's nailed all the characters I've seen her play so far: obsessed editor, lustful ghost, playful student and know I can't wait to see her antisocial hacker acting because I am sure as always she will knock it out of the park. Yassssssssss!

I'm clicked because of Kim Seulgi, but seeing Key and Lee Si Young is even better.

don't think i can resist to live watch this. less than 3 weeks to go! ?

Let's face it. I am gonna watch this for Kim Seul-gi.

Didn't know Key was going to be in this, now I'm super excited to his character interaction with Seul-gi! They are going to be a hoot, I can just imagine it.

I haven't been paying attention to news about this drama and clicked through this post for her; my interest is further piqued by Key and Kim Tae-hoon. Mostly neutral about Lee Shi-young and Kim Young-kwang, as I have not seen their previous projects. I'll probably check out the first few episodes of this!

I love everyone EXCEPT Kim Young-kwang. I've never been a huge fan of his acting (I still find it very green even after all these years), however, the largest turnoff for me was reading an interview with him from 2013 where he stated that he does not like girls with thick calves.

I found that extremely superficial and as a person who DOES have thick calves and has had to learn to love her body and be proud of her strong legs, I did not appreciate that comment. It's now very difficult for me to watch his dramas without it leaving a bad taste in my mouth.

Agree. I can't bring myself to watch any of his works because of that douchebag comment (and I'm stick thin but that comment was infuriating) . His shallowness is a major turn off. Hope he's learnt his lesson because it's not like he's incredibly talented or even handsome to begin with...As for this drama, pass! See you in another project Seul Gi~ah ;)

They're really quiet because I missed the news about this drama.

If there will be a loveline between Seul-gi and Key, it will be Cristmas in summer. Really love Seul-gi in all her dramas. I definitely love Key since I saw him in Drinking Solo, well, I just love him for being the Almighty Key! ♡

And she isn't even the leading lady here. Hahaha.

Oh my goodness- Kim Seul Gi and Key are just too adorable in those hoodies!

This looks pretty good, I'm always down for a drama with KSG!!

I'll watch this show for Lee Shi-young and Kim Seul-gi.

Kibumieeee!!! And Kim seulgi too. I'm so excited about this, she looks great.

is it weird that I want to have both of their hoodies? Pink and Hoodies are my two fav things. lol.

I will watch for cutie Kim Seul-gi... and the dimple-smile ahjussi, Kim Tae-hoon...

Am liking the premise of underdog fight against the power that be, and since 2 of them are tech-savvy, would love seeing smart and sneaky geek power winning the game. At least they won't fail duplicating super important USB drives, right..?
Also loved everybody in the cast; bad-ass Lee Shi-young is always a treat, totally interested in seeing Key outside of goshiwon, and am still holding hope that Kim Tae-hoon will be in his rare role of a good guy. Have faith that Kim Seul-gi will be a great hikikomori. And Kim Young-kwang, damn, he might be a jerk in real life, but he kinda pulls me in as an actor; was memorable in Pinocchio, Plus Nine Boys and Gogh, The Starry Night. He was mighty fine in Gogh *sigh*

loved LSY since that hong gil dong movie. this might turn out to be something awesome, I can feel it. why so many dramas, so little time.

i love that we love kim seul gi. i'm still awaiting the day she gets the lead role in a full-length drama. until then, i can accept that she's building up her "drama cred" with the these shorter dramas and supporting roles. call me crazy but i recently went through the recaps of discovery of romance against just so i could get my ksg fill. hahahaha...

I feel you...
Before I know I was on the KimSeulGi drama hunting game myself.

The thing is...despite the hairdo and regardless of KYK's handsomeness, I like KTH better. I loved him in Nice Guy.

A possible loveline between KSG and Key? I can see the cute!

Am also going to watch it for her.

First of all i like the plot and then there's Kim Seul-gi!!!?. Adding to my waiting list!

I am so looking forward to watching this and the possible love-line between key and Seul-gi, I have been dreaming about that since they confirmed.

I'm looking for the day Kim Seul gi become a lead in full-length drama. She was so great in every short drama she's in.