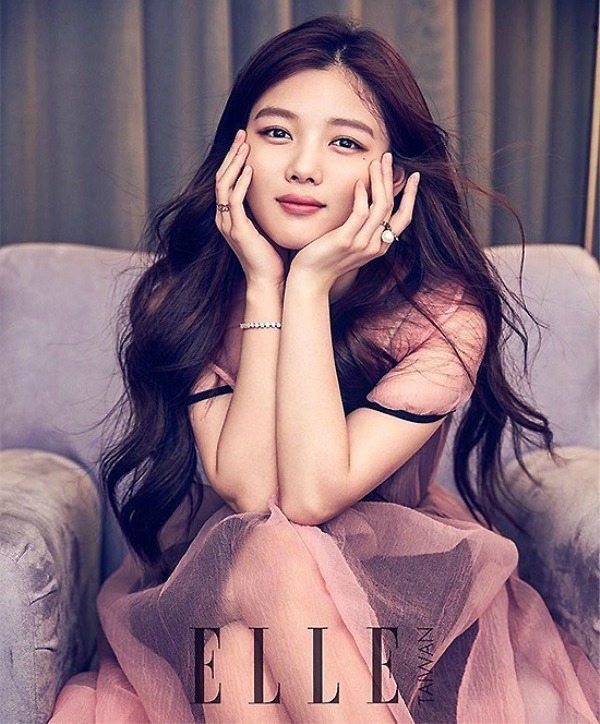 Yay, I couldn’t be happier about this news! Casting has finally commenced on School 2017, the seventh installment of KBS’s high school drama franchise, and an offer has been made to Kim Yoo-jung (Moonlight Drawn By Clouds) to headline. It seems like a no-brainer that she’d be their first choice, given that she’s one of dramaland’s biggest youth stars, and her last series Moonlight Drawn By Clouds was a huge hit for the network.

School is a franchise of standalone seasons that tells stories set in high school and focuses on teen issues of the day like bullying and academic pressure. It began in 1999 and launched several early Hallyu stars’ careers (Jang Hyuk, Bae Doo-na, Gong Yoo, Lee Dong-wook, Im Soo-jung and more), and then was revived after a long hiatus in 2013 with Lee Jong-seok and Kim Woo-bin in the teen bromance to end all bromances. Who Are You–School 2015 starred Kim So-hyun in a season with a melodrama-mystery bent, which was more addictive but had less of the realism that the franchise built its name on.

The newest season will be helmed by PD Park Jin-seok of Naked Fireman and written by Im Soo-mi of the Let’s Eat franchise, long-running office comedy Rude Miss Young-ae, and old sitcoms like Three Men, Three Women and Nonstop 4. They haven’t revealed any story details yet, but the new season plans to stick to the original core of the series, to show real high school students’ lives and struggles. I’m especially happy about the addition of writer Im Soo-mi, because I would call both seasons of Let’s Eat relatable, funny, and poignant. School tends to be more dramatic than most of the dramas on her resume, but I feel like I can trust that she’ll give it heart.

This may be familiar ground for Kim Yoo-jung, who’s played her fair share of students both bullied (Angry Mom) and bullying (Thread of Lies/Elegant Lie), but I’d love to see her take a role like this where she’s front and center as the high school student and tackling some good ol’ teen angst. Hm, I wonder if any of her Moonlight co-stars are free. Kwak Dong-yeon is the right age for this, right?

School 2017 is being planned for a July broadcast on KBS.

Female-centric without a love line would be epic. If you watch only the episode one of School 2015 you can see it had this potential.

Maybe Park Bo Gum can sign on. He did express interest in doing a High School drama before he got too old.

Maybe it's just me who doesn't want her to take on this role. I'd actually prefer a lesser known actress to be part of the series but I guess it doesn't hurt to have an already-popular cast for the drama.

I'll just concern myself on the male cast. Hihi.

I agree with you girlfriday this is such a wonderful news? I hope that Park Bogum will be cast. I mean he also wanted a school type of drama and for a change i wanted to see a drama-musical korean version. I think it will be the first.

KYJ I think is too big already for School. And as all the others mentioned, will draw (more) comparison with KSH. Since School is known to launch new faces, why not give stick to that. I don't have anything against KSY, she's a fine actress. But I'd like some fresh faces on my screen. Models and idols who'll turn to acting, I don't mind. I trust school to handle them well. ^^

I agree with casting Kwak Dong-yeon and Kim Yoo-jung!
Please make this happen dramaGods, even if it's not this series I'd like to see them together.

PS. I read somewhere that Kim Yoo-jung picked Kwak Dong-yeon as her crush instead of Bo-gum haha correct me on this if I am wrong.

Am I the only one who want Kim Hyun So from solomon perjury to be casting here.. I love her natural look n she dont get any recognised yet..

i have never watched any of the school franchises before but i will rather have a cast of idols or new faces, if it means to end the fan war. ?

I hope she takes this role. I loved her in Moonlight Drawn by Clouds, and she would be a great next generation choice for the School series. Looking at her resume, she was great in high school dramas. I'm just hoping that there will be a great male lead as well.

I like her. I hope she takes this on. This franchise is interesting, so I'm looking forward to this!

I really like the School franchise and hope she will take this role!!!

Let balance the casting, the one with a name and then the rookies, this show and the rookies needs market, they need viewers to buy the viewers they need to cast actors which is well known. The rookies should not be intimidated but take this an opportunity to show their talent make their acting remarkable so the viewers recognized them. As viewers before watching a show I always look the cast and the plot of the story.... Because no matter how good the story, once the delivery of the character is not good is not worth to watch. I believe most of us always looking for the actors or actresses before watching a show.
Between KYJ and KSH they are both promising actress they always do their best and I don't mind if both doing the same role because they have both different way how to attack their respective role so enjoy watching than making fan war's.

But I hope he won't accept. It is true that he is a rookie, but he is 90 liner that I wish he won't be high schooler again. Besides he is quite precious for me that I am not happy to see some fans already attacking / giving negative feedbacks on his casting.

Yesssssss
I really hope she takes it! Whatever negative some may say it might cause if she takes it, like comparisons, I don't care. She and Kim So Hyun are both talented actresses, way way better than some who are older than they are and this franchise is really amazing. Having Kim Yoo Jung as lead is perfecttttttt

Gorgeous but I don't think she is right because the demure image is not just an image and romance is too difficult epecially with parents watching every move.