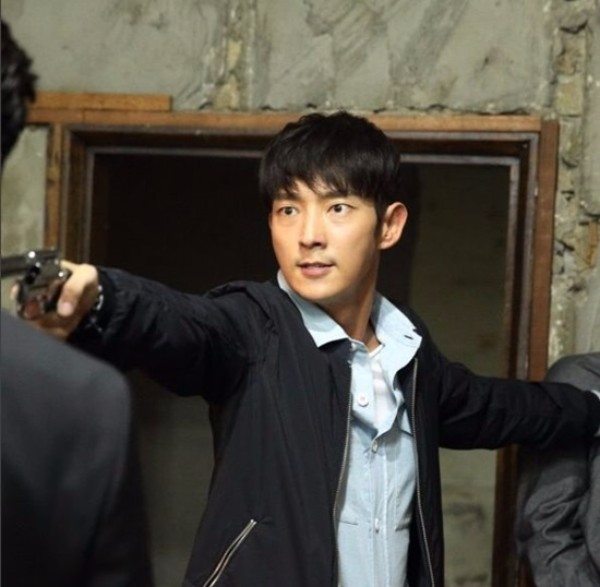 This upcoming drama is based on a popular long-running American CBS crime procedural by the same name. The source material features a FBI team of highly trained behavioral profilers who track down criminals that no one else can seem to catch. Production company Taewon Entertainment is taking the lead on this project, and CEO Jung Tae-won posted the featured stills on his social media account to show us how well filming was progressing.

I’m so excited for this actor lineup, although details about which characters they’ll be reprising have not been made clear. Sohn Hyun-joo (Three Days) is shown in the picture below, peering at a crime scene along with Lee Jun-ki. We also have some strong female characters on the cast, including Moon Chae-won (Goodbye Mr. Black), Lee Sun-bin (Missing 9, Police Unit 38), and Yoo Sun (Our Gap-soon), so fingers crossed that it’ll be amazing.

Pre-production for Criminal Minds has already begun, and it is slated for broadcast on tvN this July. 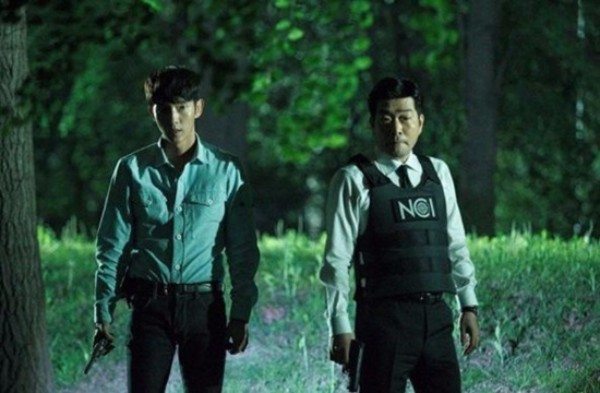 I hope it will be a drama on my must-watch list :) I watched Lotte CF for some Lee Jun Ki doses on my plate after Moon Lovers, but unfortunately it didn't do any justice for his acting capability (yeah, I know.. what could you expect from a CF?), so I hope this one will be great !

I didn't know this was even going to be out. I hope it doesn't get overshadowed by his controversy.

I am sure it wouldn't. CM is not a genre for delulu fan girls.

Nah bruh..that so called 'controversy' was just a small group of delusionals(disguising themselves as "fans") making a lot of noise and it's kind of dead already now.Those ones have already left him and hopped on to the next young drama pairing for the cutesy rom coms.Or hopped on to the next available young actor to treat like a fetish.

Also by the time he released his apology.Even among netizens themselves on naver. They were calling each other out for overreacting.

But more importantly, every article about this drama even after the "controversy" on naver and elsewhere is still receiving positive responses.On the international front, the producer and staff of this drama are even working as an unofficial PR and releasing BTS pictures of the cast(not spoilers but just random photos) on instagram. So far, it's going well.So yeah they will be ok.

i loved all of lee joon gi's drama and movies. can't wait for july to watch this 1.
haven't watched US criminal minds but will watch the Korean version for sure because of Lee Joon Gi and Moon Chae Won.
Hope it will not just be a 16 episode drama for the both of them.

I generally like action/crime dramas, I like to watch a lot of American series in that genre so I am a little bit excited on how they make this ^^ Please be nice, and oh I am so in love with LJK

I've enjoyed the movie Fly, Daddy Fly with him in it. I have also watched Time Between Wolf and Dog because of Nam Sang Mi. I'll watch this one for Lee Sun Bin. That's one hot chick.

Lee jun ki is my new favorite and one of the best actors ever!?? I will surely watch this, can't wait for july. ?

He is the only Best actor for me ❤
his acting and his eyes , it tells everthing

All I want is a fitting spencer reid , a befitting Penelope garcia and a true morgan ( if the going back to the core and the fact that garcia and morgan's flirting was from another world )....

But seriously can someone tell me if the have any ideas of the characters , that have been cast , if the are in any way close to the american show ..

You sound like you want them to be exactly the same as CM-US then might as well just watch the American show.

Yaaaaaas! I love Criminal Minds and its my moms favorite show, so as a family we watch it together when im over. And guess who the episode is based on for example the pig farmer or Ted Bundy, my mom gets it right most of the time, its macabre but thats what she studied in college and she enjoys true crime & forensic psychology books and shows as her down time. My sister also studied criminology and psychology. My great grandma was reeeeeaaally into this type of stuff if she would have been born around now she probably would have been in law enforcement. It runs in the family i guess. Anyways....
The shows been sorely lacking the past few seasons. I'm behind on this season so fingers crossed it gets better.
Im super excited for this and to show my mom. Last time she watched a Korean crime show with me she laughed cause the dead body parts were so fakey but she liked the mystery.
Is it going to be a spinoff like criminal minds suspect behavior? Or like straight up copy were theres dr reid and morgan etc? And if so whos gonna play who? Are they gonna use South Korean crimes as basis for episodes or American? Are they going to fly around South Korea, i hope they do, and not just stay in Seoul?
If you cant tell by my rambling im suuuuuuper excited. Lost about 15 years to this excitement, lol.
Ps i think i used a different email username before but i have a new one.

Watch the drama in July and all your questions will be answered.

Lol! Im going to. I even told my mom, shes suitably impressed that criminal minds is going international.

So they have gazillions plots to work on. Unlike CM-Us with only 42mins & rushed episode, CM-Korea is presumably to have 60mins run time of which they can present a more comprehensible & believable episodes.

It's also drama that allows a guest star to shine as UnSub. I hope they find great actors to play these different & challenging roles. Even those already popular actors but who didn't have a chance to play a challenging...well this is their chance. So far, I love those episodes about DID or MPD or Multiple Personality Disorder cases.