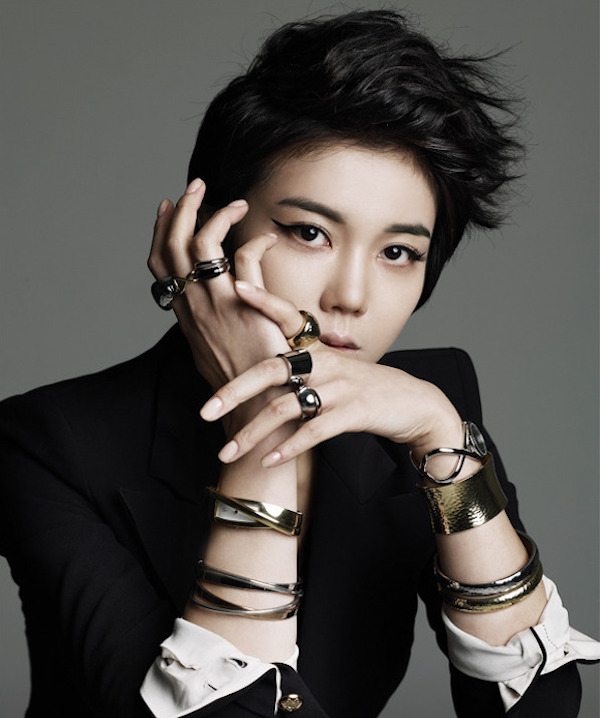 Let’s hope this casting sticks! Kim Ok-bin (The Villainess, Yoo-na’s Street) is the latest name in the running to become the female lead of SBS’s upcoming thriller Falsify. For a brief while, there was mention of Kang Han-na (Moon Lovers: Scarlet Heart Ryeo) being considered, but SBS has stated that she didn’t make the cut. Earlier, Chun Woo-hee (The Wailing) had been the likely candidate, but she ultimately didn’t take the role (which caused a mini-controversy due to some misunderstandings about how late she made her decision).

Falsify is about a group of reporters who break stories on society’s injustices and portray the everyday harsh realities resulting from corruption’s influence. If Kim Ok-bin decides to join the cast, she’ll be in great company because Jeon Hye-bin (Woman With a Suitcase) and Namgoong Min (Chief Kim) have already confirmed, as well as veteran actors like Yoo Joon-sang (Pied Piper) and Moon Sung-geun (The Tooth and the Nail). They’re all on Team Reporter, but Kim has been offered the part of Kwon So-ra, who’s a part of the justice system. She is a character who graduated top of her class in law school, becoming the youngest female to ever join the prosecutor’s office.

Perhaps because of her previous drama roles as a no-nonsense, tough-as-nails scam artist in both Yoo-na’s Street and Hello God, I can totally imagine Kim Ok-bin pulling off an arrogant and coolly logical prosecutor, punishing bad guys with a piercing gaze and triple-spin kicks. She’s coming off of a career high, her new movie The Villainess having just premiered at the Cannes Film Festival to much praise. So, it’ll be interesting to see if her return to dramas becomes a similar success story.

SBS’s new Monday-Tuesday drama Falsify has already begun filming, and will air its first episode after My Sassy Girl ends in July.

What a great cast ! Drama these days have really good female characters and it's even better with talented actresses.

This drama really, really determined to cast chungmuro ladies but I don't want to have high hope.. Kim Ok Bin could have been busy with movie too atm. Hopefully they can finalise the cast by the end of this month so everyone can have enough time to prepare for this drama. Auch it will be great to get Kang Ha Na as part of the casts, if not the main cast. I want to see more of her.

Any news with my girl Kim Ok-bin is good news.! However, I hope she stays in Chungmuro and give the opportunity to Kang Ha-na who is talented but needs more projects.

I remember Over The Rainbow, it was so meh. I didn't like Ji Hyun-woo's character and I wanted Seo Ji-hye's character to end up with Hwanhee's - or he could go with Kim Ok-bin's.

Seo Ji-hye and Kim Ok-bin are both so talented but not much luck with drama choices.

Kim Ok-bin has more luck with films and she has matured into an established film lead actress.
I'm so glad her new movie is well received at the Cannes festival.
I can breathe now and wait for it to hit my local theatre.

It's true most of their drama choices have been mehh, although I remember Seo Ji-hye fondly from Story of Hyang-dan, and of course her turn in Jealousy Incarnate was great. I like Kim Ok-bin generally and am glad she's doing well in Chungmuro.

Her personality is also jjang. I've watched her in some shows, and she's a cool cookie.

I think Poppin Joon is still in business. He does show up in a few Immortal Songs episodes with his wife every now and then.

I became obsessed with hwanhee in that drama, but I agree, Over the rainbow wasn't that great. It wasn't too bad though.

I was into FTTS then and had to check it out. Hwanhee's voice is love ❤

Her looks remind me vaguely of Wang Ji Won and Yoo In Young. A bit strong on image. Also The Grace Stephanie.

i've only seen kim okbin in Thirst and she impressed the shit out of me there. been wanting to watch another work by her but they're either rated badly or really long like Yoona's Street.

I think Yoona's Street is surely the only series featuring her that's worth watching, but that one is the very best 50-episode kdrama I've ever seen, by some margin.

This drama flew under my radar but with this cast, I can't pass it up.

38 missjb
May 25, 2017 at 4:28 PM
menu
if Kim Ok Bin or Kang Ha Na accept, wow what a great cast! Drama casting this days cast is often lacking an overall solid cast to carry a drama. it's not south korea is lacking talent. but at times they prefer casting for a more popular one.

Aww man, this drama has such stellar castings but legal / journalism drama is so not my taste.

nam goong min is in it? That means I have to watch it.

I didn't like her as an actress a few years ago, but she has consistently improved over the years.