Walking off ledges and traversing cyberspace in new Lookout posters 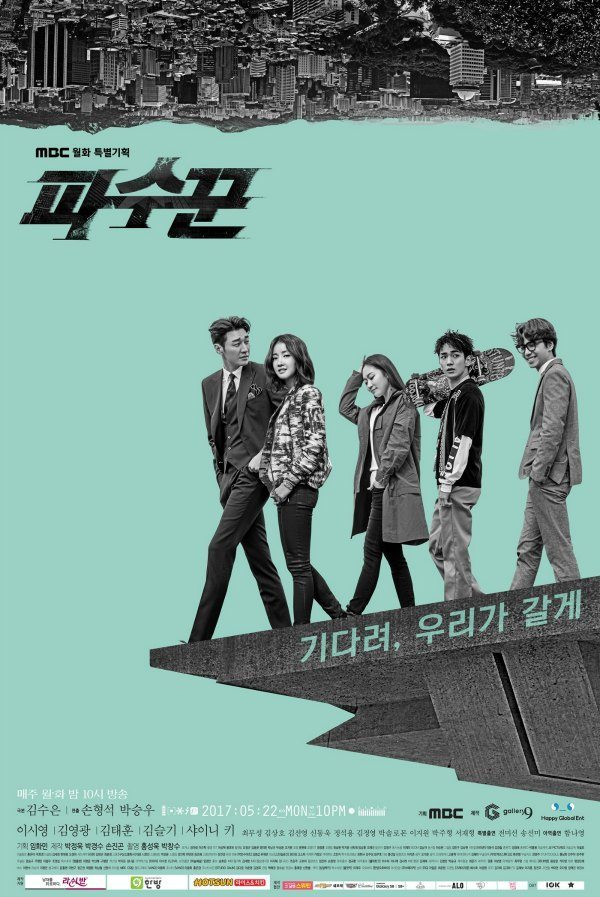 We’re diving a little deeper into understanding our characters in MBC’s new action-thriller Lookout, which has released its main posters. Lookout is the story of an unlikely crew who band together after being victimized by violent crimes. This drama will show the different activities of these “lookouts” as they catch criminals whom the prosecution and police department could not or would not catch. It will also show how they heal each other on their quest to realize justice by themselves.

I love the retro first poster as it shows the motley crew and their personalities. There is the ambitious prosecutor played by Kim Young-kwang (The Man Living in Our House) exuding swagger as he looks back at his team, and Lee Shi-young (My Beautiful Bride) confidently breaking the fourth wall as she looks at us through the poster. Kim Seul-gi (Second to Last Love) has her head shyly bowed as the extreme recluse, Shinee’s Key (Drinking Solo) has his skateboard thrown over his shoulder in a devil-may-care attitude, and Kim Tae-hoon (Fantastic) looks so wholesome as the righteous prosecutor.

It would be an uplifting poster if they weren’t all about to walk off the edge of a building. And if the world is upside-down, will they fall up or down? But it kind of makes me think that they are in this until the end and will happily trade death for justice. The tagline reads “Wait for us, we are coming.” Ah, it gives me goosebumps. 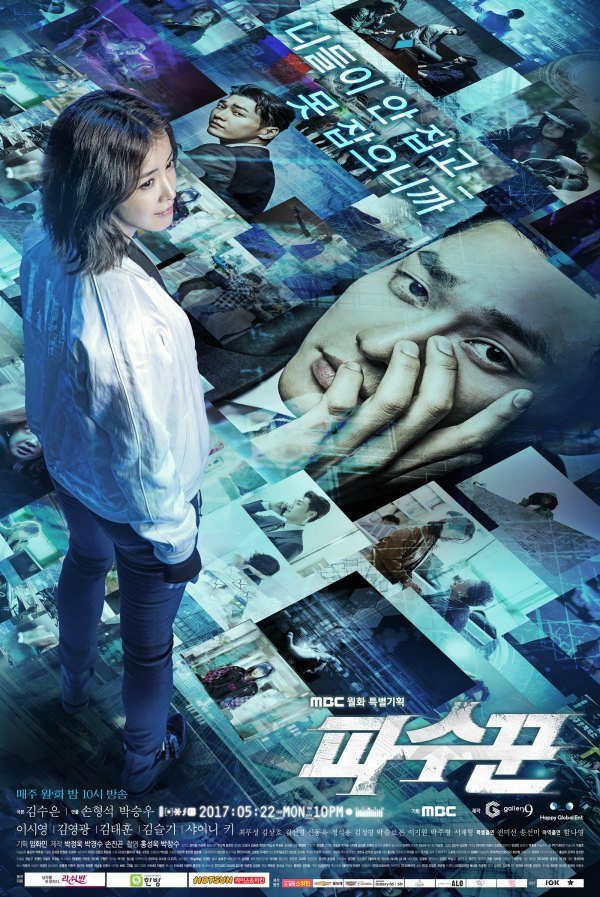 The second poster shows the juxtaposition between Lee Shi-young and Kim Young-kwang, with her standing in the cyber world and spying on Kim Young-kwang’s character. The tagline reads “Because you can’t or won’t catch them.” I am very intrigued as to the relationship between these two—I initially thought Kim Young-kwang was the antagonist of this drama, but these posters have given me pause. It looks like they are all on the same team, but it also appears that Lee Shi-young may not be able to trust Kim Young-kwang wholeheartedly.

Kim Young-kwang’s character is described as a two-faced materialistic prosecutor; however, it now appears that he is hiding his past and has been acting like an ambitious person his entire life in order to seek his revenge. The production illustrates this in the still images as they show Kim Young-kwang smiling as he butters up his superior, but his smile quickly fades, revealing his true emotions. His character is said to be the most intriguing of the drama and I must admit, I am really interested in him.

We also have a bit more information on Lee Shi-young, who is a workaholic police detective and former sharpshooter. She is a single mother, yet no matter how busy she is, she always makes time for her daughter (played by Ham Na-young). But one day, her daughter is tragically murdered and the murderer weasels out of paying for his crime. Lee Shi-young is furious and does everything she can to get justice on her own. The still cuts show Lee Shi-young with her daughter on their first shoot together. My heart weeps already!

With less than one week to go, Lookout is turning into a must-watch for me. Of all the dramas releasing next Monday (Lookout, Circle: Two Connected Worlds, and Fight My Way), Lookout was the lowest on my radar, but now it’s hopped to the top. I love a motley crew and I really want them to get justice. Plus, the dynamic between Kim Young-kwang and Lee Shi-young’s characters is pulling me in.

Lookout will broadcast on May 22 following Rebel: Thief Who Stole the People. 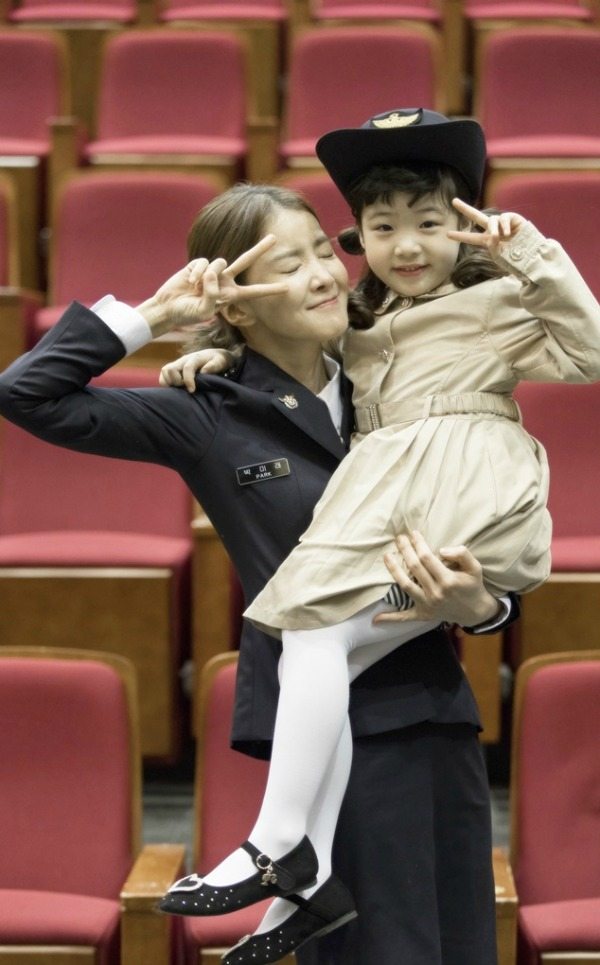 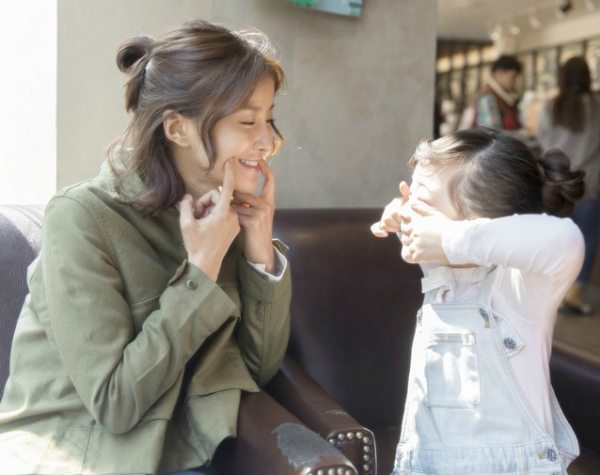 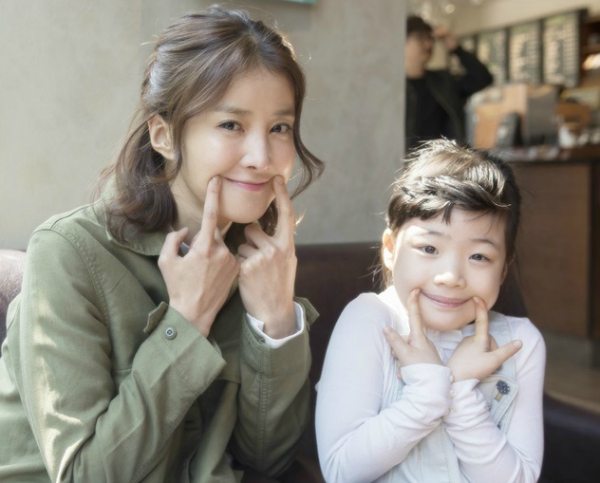 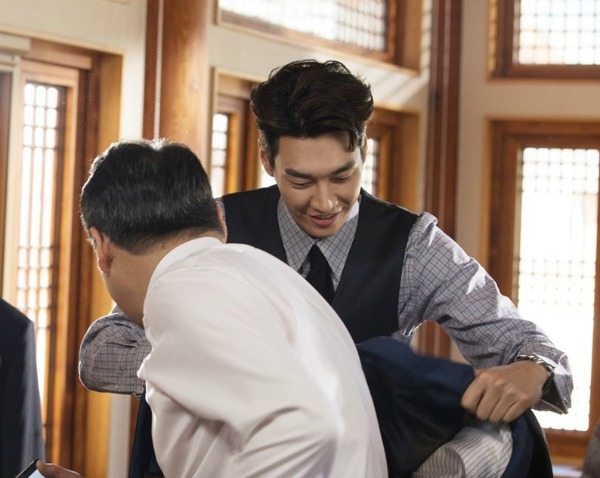 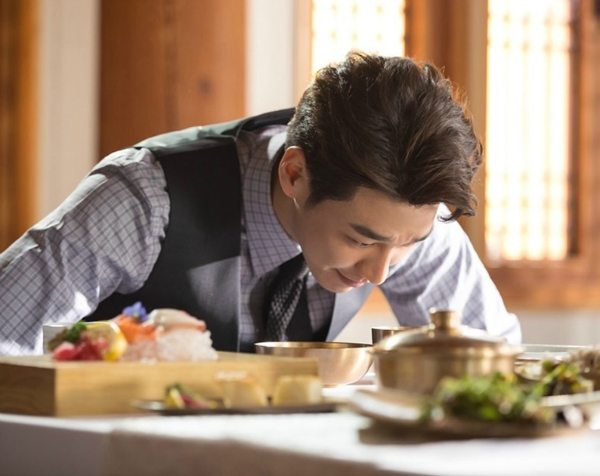 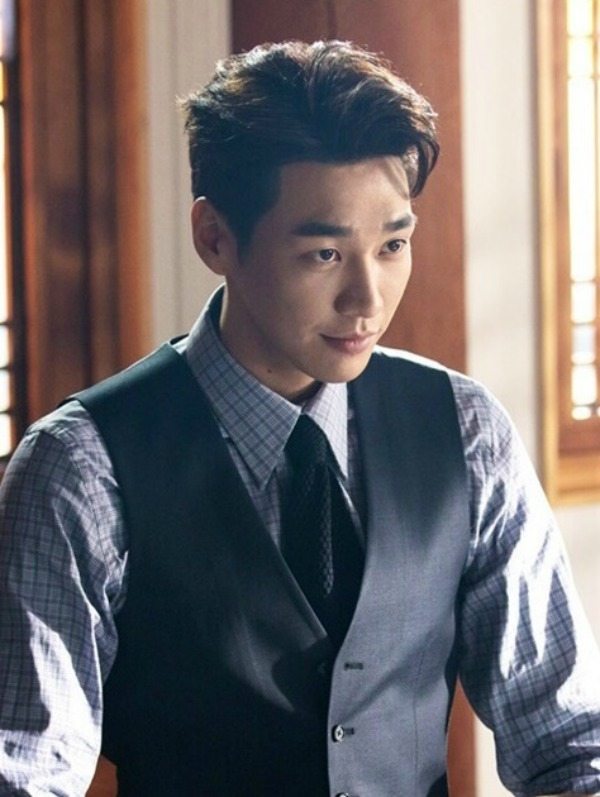 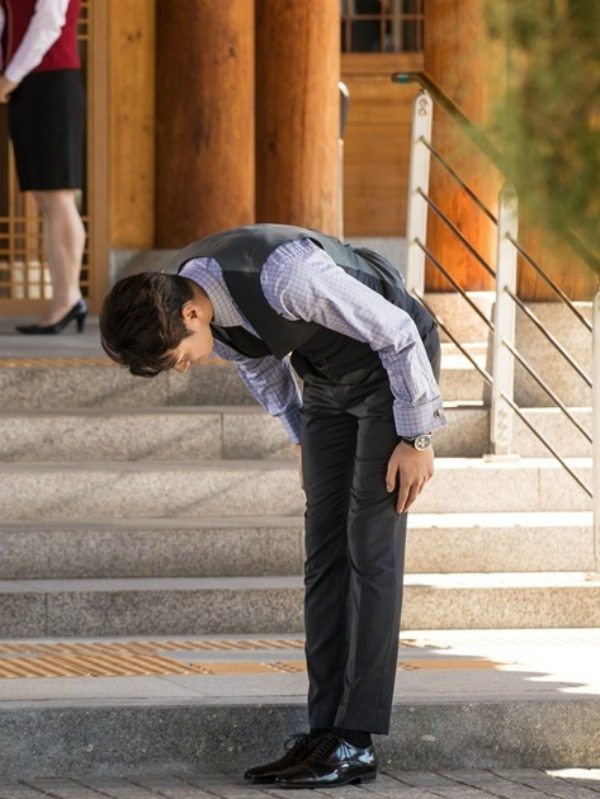 Oh my. This wasn't on my radar at all. I don't know if I can possibly fit one more drama in. *weeps* But it sounds so interesting.

May has been brutal to us all. Being spoiled for choice never hurt so good.

That has been my issue this whole month. Too many dramas and too little time! Why do all the good ones have to air at once?

What am I going to do next Monday?
I am interested in all three dramas...where were they this half year when I had 1 drama to watch per month?

honestly, this looks like it could be my favorite kind of drama, more so than the romantic dramas.

Maybe it's the spring yet i'm in more mood to watch some good thrillers this days rather than just romance,maybe because they are more engaging,fast paced and complex and don't have the sole core of action: love and nothing else matters...And i like more grey characters rather than the always way too good guys...

Samee. Honestly thrillers are great for every season

Indeed,u are very much right!

These posters are looking great. I totally love the upside down theme and each one of the characters seem pretty interesting. With Ruler, Suspicious Partner right now, and Circle, 7 Day Queen, Fight My Way later, I can't say that this show was at the top of my list either. However, its certainly gained a good spot now and I'll check it out.

Can't this drama air quickly. I am only looking forward to this. By the way,the best posters I have seen so far and it's raising my expectations.

As if just Key wasn't enough to trigger my inner fangirl there is Key with a skateboard and he is an hacker on top of that. I love him already.

Ooh, add this to the watch list! I love Kim Seul Gi and happy to see her in a series!

this looks better and better and getting me more and more excited!! please be good as I wish for you!! ^__^

The Lookout cast needs to LOOK OUT! They're gonna walk right off that ledge! ;)

Omg, the way @buhdoop described the main poster gave ME goosebumps and shivers! I love it, I love it! I'm totally on board for this drama now. Oof. My heart sank when I was reminded of Lee Shi-young's character losing her daughter, though. Wae!? But on the other hand, I like the idea that Kim Young-kwang's prosecutor character is only slimy on the surface, but in actuality, he's secretly concocting his revenge plan. I'm such a sucker for righteous characters fighting for justice and well, righteousness. Will be LOOKing OUT for this! Ha, you're gonna see me doing that a lot. Sorrynotsorry.

I wasn't sure about this, but the posters in this one looks even better than last time.

Hmmmm.... the main poster and a few of the promo stills remind me A LOT of Ji Chang Wook's recent movie "Fabricated City" in their execution. Imitation truly is the sincerest form of flattery! ?

I wish there will be a little bit of romance just a little bit. But anyway I'm going to watch it just for KSG and Key.

Hopeful for romance between these two, would be cute!

why just a little bit? Can't we have some more..

Thanks for cranking up the anticipation levels here at DramaBeans, Buhdoop. ;-)

Why am I not surprised that there will be more to the ambitious prosecutor than just ambition? Kim Young-kwang did a fine job in MAN LIVING IN OUR HOUSE playing a character with a painful past who projected a very different appearance to the world. The TWO WEEKS vibes are strong indeed. I can't wait to see the twists director Son Hyeong-Seok and writer Kim Soo-Eun have up their sleeves.

LOL at the requisite hacker skateboard. (Will Penelope Garcia have one in CRIMINAL MINDS? I have to wait until July to find out.) It makes Key look like Paul Bunyan with his axe over his shoulder. I love it. Does the picture imply that Kim Seul-gi's character might just eventually get out of her house long enough to go for a spin with him?

Ham Na-young is so darned cute. Dang. Rip my heart out before the show even starts.

The biggest mystery (and draw) for me is how Shin Dong-wook's character (half-brother of the ambitious prosecutor) figures in the proceedings. I'm eagerly awaiting his return to Kdramaland. Hwaiting!

What did I say to deserve a down arrow?

Awww...you poor thing. I see that it's your first downvote.

Speaking from experience ? you might get this if you criticize someone's oppa or compliment someone's dislike.

I'm really excited for this show (BECAUSE SEULGI) but the poster is too amateur-ish(?) for me. It's like the graphic artist whipped it up 10 minutes before the deadline.

True, but the concept is pretty good, though!

HAHA agreed. The first poster looks like it's done by a very talented high-schooler who perhaps has more vision than skill in execution. Or it's from someone who's got enough skills but had no time and photoshopped a bunch of pictures together. "No, make them walk, like, OFF of a building. And turn the city upside down. Put it ABOVE them. It'll be like Inception."

Oh? Kim Young-kwan, is that perhaps emoting that I'm seeing? Are you raising my expectations on your acting skills? Don't disappoint me now.

Maybe he just needs a non romantic-centric drama? He definitely gives off a different aura in the promo materials and his signature smirky smile is either toned down or gone.

I hope so. That'd be awesome. I WANT to like him; his face and body = ?? so if his acting skills could just catch up already...

WHO WOULD KILL SUCH A PRECIOUS CHILD. SHE'S SO CUTE.

I am intrigued. I think this will be a great drama.

Whoever are making the posters should get a raise. They're good at raising my interest/

Oompf! I may have to skip the first episode or two and start watching after the little girl dies and Lee Si young becomes a part of the crew. I don't think I can handle seeing the daughter get murdered and the immediate aftermath.

My gawssshhh, these posters look amazing! I spent longer than I'd care to admit just staring at them...

Can't wait to see Kim Tae Hoon in this!! I love him in whatever role he plays (even as he terrified me in Angry Mom!)

Wow!!!! This wasn't on my to watch list at all but now I'm super excited for this show! I was sorely disappointed with how makjang (and frustrating!) Whisper became so I dropped it. But it looks like this would be an awesome and more bad-ass revenge plot drama! I just love legal/law enforcement dramas!

I was already exited about the show because of the cast (especially Kim Seul-gi and Key) but now I'm so intrigued by the story as well, that I need it right now! Ughhh, the troubles of being a Kdrama-addict :-(

I"m sure I am going to love this!! *heart heart* This kind of drama is my first love!

Wow. I love all this drama's posters. The synopsis is my kind of story, too. I 'm keeping this in my must-check-out-though-I-don't-know-when list.

Interesting!! i vaguely remember reading something about this drama but like you, it wasn't on my radar. with this description though, i am now intrigued and will probably check it out. Thanks :)

This could be so cool. I loved PU 38, hope this is as cool and slick.

Now that TLAHL ended, I'm looking forward to this and Circle most.

Ah so this is the drama, I kept forgetting the name that Key and Kim Seul-gi will be in. There hasn't been much promo for it but then again there's so much new drama coming out haha