We Got Married PD directs new variety-drama for MBC 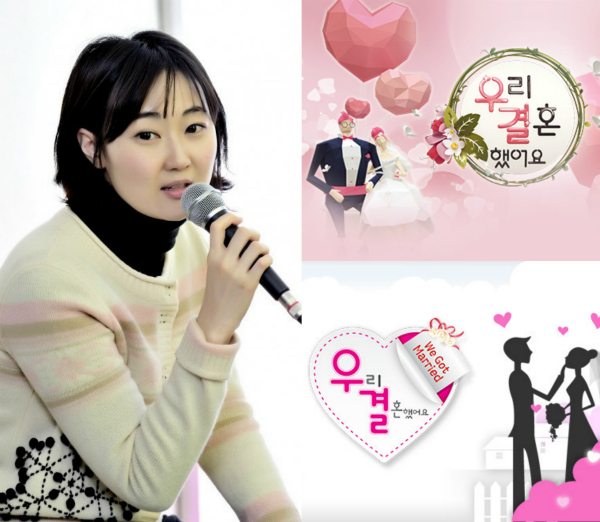 The dynamically changing K-entertainment market has prompted much innovation in the last couple years, from pre-produced dramas to the increasingly popular web dramas. With KBS having the first experimental variety-drama The Producers under its belt and one more (The Best Hit) on the way, it’s no surprise that other channels are looking to take their own shots at the format. MBC recently announced that their Pilot Development Department has begun a new project called Our Mother is Recharging, which will be a variety-drama show.

The topic of the plot has been vaguely described as the strange ongoings of a bizarre neighborhood, where the main characters are schoolparents who each have unique quirks in personality. I’m envisioning an Answer Me 1988 crossed with Modern Family-esque vibe, and instead of everyone being related by blood or marriage, they’ll just inhabit the same street.

PD Sun Hye-yoon (who is more well-known as comedian Shin Dong-yup’s wife) will be helming this new project; it’ll be her comeback after a brief hiatus she took from work due to personal reasons. From 2012 to 2016, she was the main PD on the long-running popular reality show We Got Married, which took fake couples and put them in newlywed-life scenarios. So I’m hoping there will be some cute romance incorporated in her new project.

The variety-drama format hasn’t been very well-received by domestic audiences so far: The Producers was only a modest success despite big names such as Kim Soo-hyun and Cha Tae-hyun being attached to the project, and tvN’s After the Show Ends had a disappointing run last year. But I’m glad that the networks are still trying to make this work, because there have been successful examples of the mockumentary format (e.g., The Office, Parks and Rec) that show that it can be done.

Our Mother is Recharging has yet to be secure a broadcast time on the MBC schedule, and is in the beginning of the casting phase.

Didn't she leave wgm last year? so that's what she's been working on...

We Got Married was a good concept idea and I truly enjoyed some of the couples such as Kim So Eun/Song Jae Rim or Yong Hwa/Seohyun. It was a cute show and I wonder how this new variety/drama will turn out. I know she did leave WGM, so is this going to be another breakthrough. Many shows likes these don't tend to be received as well as some other shows, even if there are really big names like in Producer.

When I first saw wgm I thought they were really married....

I didn't know she was his wife.

Hahah yea me neither.

Oh, I like the sound of this! I love the Reply series AND Modern Family, so to have more family-oriented shows with each family and their family members having fun and quirky personalities are a plus in my book! I'm actually watching Potato Star with my mom right now and it's hilarious. I have a feeling she's not into it as much as I am, so I might just watch it myself if she loses interest completely. But anyway, Potato Star is such an odd show, but I love its outrageous humor. Love all the family shenanigans and I hope to see something like that with this one! I wonder what the title means by "Our Mother is Recharging," though. I'd love for them to give it another go at the variety style for this new drama. I get a real kick outta watching the whole mockumentary format on American shows mentioned above, so would love to see some more of it being experimented with in K-dramas.

The best seasons were definitely before her though. Crown J and Seo In Young, Alex and Shin Ae, Marco and Son Dan Bi, and my ultimate favorites (but underrated) : Hwanhee and Hwayobi <3!!
Golden times of this show, nothing top the first couples in my opinion.

Oooh, I really liked Hwanhee and Hwayobi! But I was an FTTS fangirl, so must support. Yes, the earlier seasons of WGM were the best, the couples were great and so wacky.

I agree, the first season was the best.
I've been a long time viewer you know, since the pilot episode till the last episode aired last week.
From what I see as a viewer, the first season seems more genuine than the latter. I don't know how to explain it, but the couples from the first season looks more real for me.
I didn't said the latter were scripted, sure they got missions or scheduled activities each episodes but their interactions are still real.
I feel a little sad when they decided to end the show. They said they'll be back with new format, but since there's new variety-drama being produce and pilot variety show that aired 2 weeks ago, I doubt it's going to come back right now :(

So, I guess We Got Married is never coming back then, sad I was a fan of that show for the longest time.

with success of ugly duckling, everyone wants to try mother format..

But i have to applaud whoever came up with the idea of castin gmothers in ugly duckling, the show is gold

She deserved an award for casting Song Jae Rim & Kim So Eun as couple in WGM. As the person who love to watch Variety show I was really enjoying the LTE couple craziness.

So, I wish her all the best for the new project. I'll put it in my Bucket list. PD Sun, hwaiting~~

Willing to give them all my cash for a Korean The Office remake.