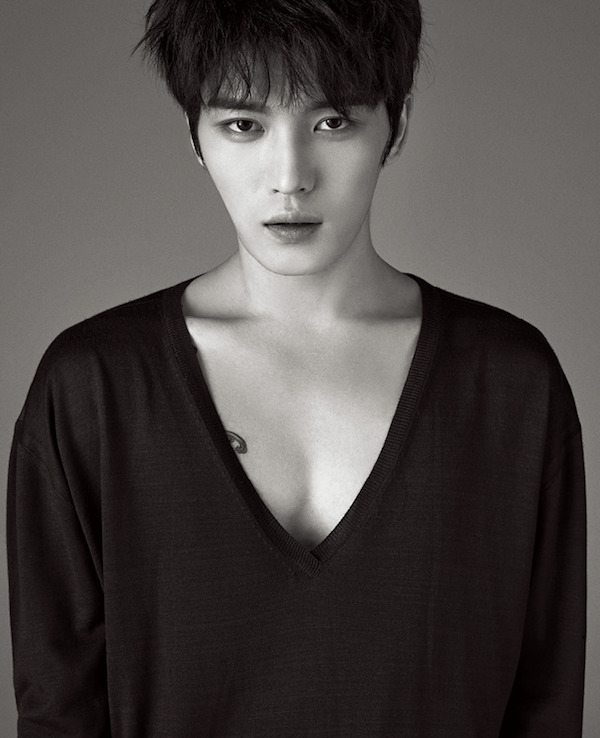 JYJ’s Jaejoong (Spy) is considering a return to the small screen through a 4-episode mini-drama called Invisible Man. It’s about a famous deceased photographer and the woman who was the last love of his life, and how their star-crossed love story plays out two generations later through their respective grandson and granddaughter. (So exactly like a condensed version of Love Rain except with one more generation skip?)

Kim Jaejoong is set to play the grandson, a human rights lawyer with no money or a big name. He begins pursuing his grandfather’s secrets and discovers more than he ever expected. He’s supposed to be a warm character who always has a readily available hand to extend to others and fights for justice on their behalf.

Well, the premise of the past love lines influencing the present is always an interesting concept to explore, even though not all dramas are completely successful in their execution (ahem *cough* I’m looking at you Saimdang, Light’s Diary). From what I remember of Jaejoong’s pre-army dramas, he was a steadily improving actor; so I think this could potentially be worth the watch, depending on how his chemistry is with the female lead.

Not many details have been released regarding the female character, but my dream pairing would be to have him with Wang Ji-hye again, because that dream sequence kiss in Protect the Boss was HOTT! In addition, I’ve been a fan of his since his DBSK days, so I hope he’ll manage to make a successful comeback.

As of yet, the broadcaster and time slot for Invisible Man are undecided, but it’s expected to air before the year is out.

LOL, very succinct. Second tineybeanie's suggestion for Wang Ji-Hye, we need more of their playful chemistry from Protect the Boss.

The premise sounds interesting; I hope they do it right, and get a good scriptwriter. Please, no re-union with Wang Ji-hye. He has not been in many drama as a leading romantic character. I'd rather see him with a different good actress.

me too. there is bunch of actress who willingly work with him I guess

Yayyyyyyy! Jaejoong is back! Hopefully, they pick a good actress to co-star with him. His acting has been getting better and I look forward to his return.

OMG, yes please Wang Ji-hye, she needs more recognition. And yeah, their chemistry in Protect The Boss was off the charts. I just want her in a role where she's not playing some annoying witch and/or woman who has an affair with someone's husband.

Have you watch his current acting as a boxer for Korean solo singer gummy MV .. seriously he look so hot and his acting so good too...

They said he still considering this drama but what kind of drama just 4 episode? I hope this is just a warming up for more drama...

He was great in Triangle, and I'm looking forward to seeing more of that acting from Jaejoong.

Oh I am so ready to have Jaejoong back on my screen again. Or I guess my eyes are so ready. And, so I don't objectify him too much lol, his acting was getting so much better too! Jaejoong!!!!! Yes!

Jaejoong is a case of both absolutely gorgeous but also watchable!
But this might be my old DBSK fangirl heart talking.
Regardless, my screen needs more Jaejoong stat nows he's back and ready to roll again!

I like him in Triangle a lot. I wish this mini drama can be a successful comeback for him.
Anyway, welcome back Kim Jaejoong!

He looks a bit like jcw in that picture.

When I first saw Ji Changwook, I thought he looked like a mix between Jaejoong and Changmin. V/Kim Taehyung also looks a lot like JCW.

Completely agree.. you spoke my mind.. Especially in healer there were moments when he continuously made me feel oh Jaejoong .. kekeke

I was a DBSK fan too, so I basically support whatever projects the five ex-members does ..... he was good in Triangle.

Have been waiting for his comeback to dramaworld, hooray! And while he's on it, maybe make an appearance in Running Man to promote? Pretty please?

yes, please! i love jaejoong! he'll forever be one of my biases.

WOOOOOOOOHOOOOOOO, Jaejoong is back!!! I want to see him on TV again soon.

I wasn't there when TVXQ was big, but ofc I heard of them. Wish him luck.

What happened to it?