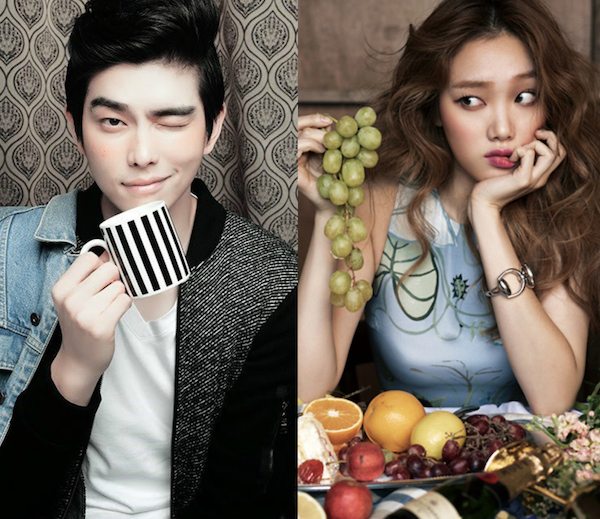 It always gives me warm fuzzies inside to see actors and actresses supporting their friends with cameo appearances. So I’m doubly excited to see Yoon Kyun-sang (Rebel: Thief Who Stole the People) and Lee Sung-kyung (Weightlifting Fairy Kim Bok-ju) make cameo appearances in solidarity for their friend Lee Jong-seok’s (W—Two Worlds) drama comeback While You Were Sleeping.

It’s a supernatural romance between a girl who can see the future through dreams, played by Suzy (Uncontrollably Fond), and a rookie prosecutor, played by Lee Jong-seok, who tries to stop her nightmarish premonitions from becoming a reality. While You Were Sleeping is a fully pre-produced drama that’s supposed to end filming in July in order to concentrate on post-production for their fall premiere date.

The specific roles that Yoon Kyun-sang and Lee Sung-kyung are playing were not announced, but I’m hoping that maybe a cluelessly adorable Dr. Yoon-do (Yoon’s character from Doctors) might make a special appearance because both of them worked together with While You Were Sleeping’s PD Oh Choong-hwan on his most recent hit drama Doctors. Or Yoon could also reprise his role from Pinocchio (also written by Park Hye-ran), where he was a serial murderer and brother to Lee Jong-seok’s character, though that would be a heartbreaking cameo. They’ll likely play entirely new characters, but I’m happy to see so many reunions all around!

SBS Wednesday-Thursday drama While You Were Sleeping will premiere in September, after Reunited Worlds, which is scheduled after currently-airing Suspicious Partner. 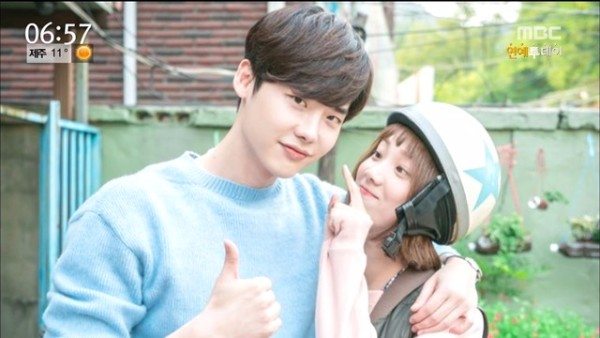 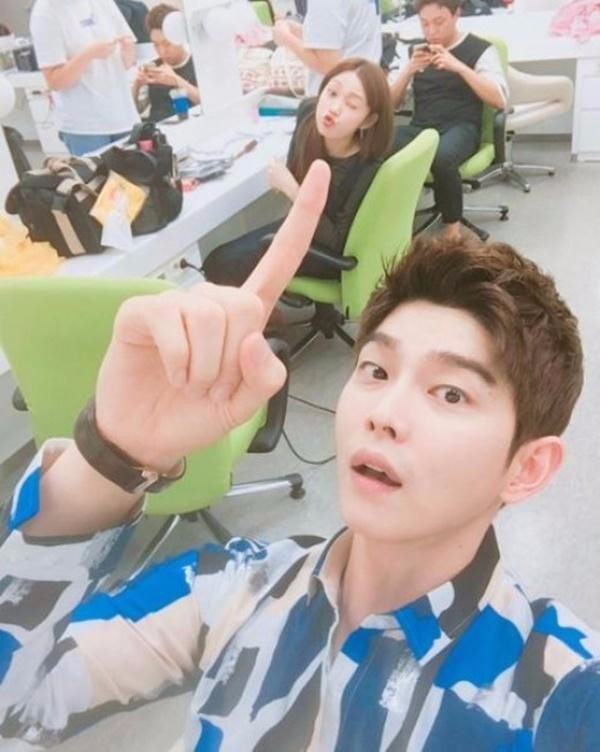 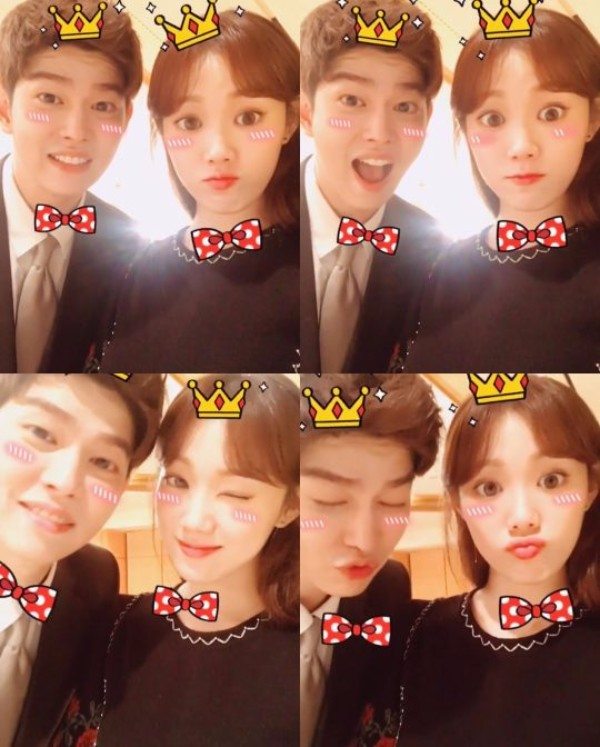 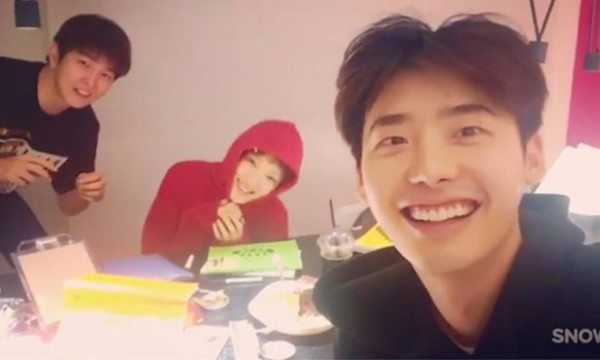 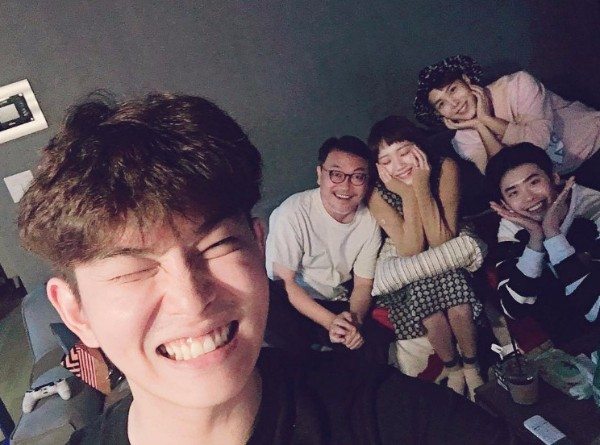 What? and not join the long illustrious ranks of hot bank teller cameos! LOL

Other than YAI in DOTS who else has played bank teller?

also, who are the other star cameos..thsi si the first time i am reading abt any star cameo in while you were sleeping

I think Song Joong Ki in Man to Man too lol

I wonder if it is some sort of inside joke in this industry, like I am too big of a star to agree on cameo if it is for role other then bank teller

But if the bank tellers look like YAI or SKJ, I'll go and save my money in the bank everyday,
...and become hella rich to fund a movie which they can star.

Become hella rich by saving in a bank...?

What fantasy world are you living in?

Saving won't just do, you have to order the bank's credit cards. You should also become a VIP customer to get preferential treatment from the bank tellers that you mention about. :)

Really? Which epi off man x man did song joong ki cameo in?

JS actually posted a pic of all the four of them in a beautiful country scene, seems like YKS and LSK will be a couple :D
Anticipating!

I think I saw Yoon Kyun Sang's holding a bucket of flower in front of Lee Sung Kyung (even a super tiny picture of them looks lovely already ♥). I guess they will show the cameo towards final episode, because Lee Jong Suk and Suzy's character has become a couple

Haha maybe Seo-woo and Yoon-do became a couple in the parallel universe of While You Were Sleeping. :)

I have been chanting this over and over since I heard the casting announcement. I absolutely love love this writer and love Lee Jong-seok and the premise sounds awesome but I absolutely do not like Suzy. A brick is more interesting to watch then her. It is sadly putting a damped on my excitement for this drama :c I will of course watch it but please please please be good Suzy!

I really wanted to watch Lee Seung-Gi but then there was Suzy - and Gu Family Book, which I could not even finish. Then I wanted to watch Kim Woo Bin but then there was Suzy - and I could not get through 5 minutes of Uncontrollably Fond. Now I wanted to watch Lee Jong-Seuk and here, yet again, is Suzy... and just the thought of her bland facial perfection and tepid levels of emotion and intelligence are sending me running for the door. Can someone please realize she can't act, and stop attaching her to every interesting actor out there? I fully expect her next lackluster project will be with Lee Jun-Ki. I would be so, so happy if she were to marry Lee Min Ho and retire to have 5 children, 3 dogs, 2 cats, and a tankful of finicky exotic fish. Please?

Hahahahaha oh dear much as she can't act, JYP has lots of connections and gets her an acting stunt skills be damned

I liked Suzy in Gu Book. (Actually, I liked Gu Book, right up until the final couple of episodes. And none of the reasons I didn't like the ending were Suzy's fault. She's not a great actress, but in a good fitting role, I like her.)

In Suzy's defense, Uncontrollably Fond sucked but it wasn't because of her.

Why do you have to say that about Lee Jun Ki :(

UnF was terrible for many reasons but Suzy was one of them. She doesn't have the skills to act out such roles and it's not even like IU who was also bad in Moon Lovers but at least showed she can be good in some roles.

Yes, agreed that UF was terrible for many reasons including Suzy.

The problem I have with her ( and I actually hadn't seen her in anything else and I gave her the benefit of a doubt) , was that I had no idea what kind of emotions she was trying to convey.
What did that blank stare mean? Was she haunted by past regrets or thinking about what she had for lunch? Whose to say?

That is when I will get my invisible baseball bat and teleport to Korea and smack the casting agent for attempting to ruin JG just no.That should never happen to him..Enough!!!The netizens will crucify her like the way they totally forced MBC to drop Jin Se Yeon out of scholar who walks the night.

Especially now that LJK is acting opposite MCW and SHJ who will be willing to witness that downgrade.

Unlike all the previous victims associated with her, LJK is a veteran actor, he would act circles around her and expose all her weaknesses even if they write the story round her, that's even worse because she will appear weaker because he would be forced to cover for her even more.Just No!!let the next actor be her boyfriend.

I like their friendship so I'm looking forward to this!

Yes! Me too! I can't wait to see them re-unite! LJS fighting!

Kdrama should put a rule, a cameo should have at least 5 minutes appearance. Or if their cameo like Jo Jung Seok and Kim Seul Gi in LOTBS it is even better ? Nam Goong Min's cameo in Man to Man was also not bad. If they can have cameos like in Doctors Crush or RTDK it will great too?

I don't want to be disappointed just to see a cameo with 1 or 2 mins only. It is not enough lol. I'm greedy and I know that. ?

I fully agree. Cameos definitely deserve more time. The pics with Yoon Kyun-sang and Lee Sung-kyung are too cute. :0

Jo jung seok's cameo is the one to be beaten for me, SO GOOD

Yoon Kyun Sang should bring his cats along for the cameo sometimes. The happy-go-lucky kitty daddy that he is.

I love both of them so much that I can't wait to see them in this drama!

It is a dream come true! I love this meeting of friends !!!

In the first picture, Yoon Kyun-sang and Lee Sung-kyung looks so so so good and adorable together that I am already shipping them in the possible drama I am hoping for them to do together in the near future. Please please dramagods, make it happen!!!!

Looking forward to seeing both of them!

ohhh, they look cute. I`m watching too much lately, but I will check it just for cameos

I love amazing celebrity friendships. Here's to hoping that Kim Woo-bin gets well soon as well.

This is the only writer who has ever managed to make Suzy less unbearable to watch so if she can't do it then no one can. She already knows Suzy can't act so she has to know what kind of role might be suitable for her level.

I miss Lee Sung Kyung already so it'll be nice to see her here. Hope her scenes are with Lee Jong Suk, they were so cute together in Weightlifting Fairy ?

This drama has already on my to-watch list because of Lee Jong Suk, I can give Suzy another chance here's hoping that her acting gets better with the help of her new hair cut (if that's even possible. Tbh she looks prettier and fresher with the short hair), but I've got all the more (huge) reason to watch this with Yoon Kyun Sang and Lee Sung Kyung's cameo in it :)

beanies, the numerous similarities between this drama and the drama I wish never saw *cough... Uncontrollably..cough...Fond* are scaring me a bit. Both of them came in the limelight since the beginning of the year. Pre-produced. Got Suzy....
Please tell me I'm just acting weird and this drama will be good ?

Their friendship is so cute! I love seeing my faves being all buddy-buddy together offscreen. I was gonna check this out anyway because 1.) Lee Jong-seok and 2.) Premonition aspect, so this is just the soy sauce on my rice! Was gonna use classic phrases like "icing on the cake" and "cherry on top," but I don't really like either of those, so soy sauce on rice it is!

Awww I didn't all three were such good friends! And I'm embarrassed to say I had to take a couple of seconds to remember what show Lee Jong-seok and Yoon Kyun-sang appeared in together...

Those photos are just too cute!! Lee Sung Kyung is impossibly beautiful <3

Love how supportive they are of each other!! Can't wait!!

Lee Jong Suk usually has good eyes for dramas (other than DS ofc) so I really really hope that's the case for While You Were Sleeping and I hope Suzy will get a good sleep through the entire drama.

Which is what should have happened in Big! Then I could have loved it.

Loved all the "mugs". I collect them.

Whoa, did Yoon kyun sang get a nose job? He looks way different. :/

He just look the same from before except he looks a bit chubbier in a healthy way. Even he gets nose job done, he doesn't look like another person.

To me, he looks thinner than before.

I admittedly haven't seen him much, but when I saw the first picture, I really did not recognize him. In some of the other pictures, I can see a resemblence, but in the first picture and pictures with Lee sung Kyung, it looks like a different person.

The cute is too much. I can't wait for this ?

The main lead's brother was NOT a serial murderer in Pinocchio. He killed just one man who was responsible for his father's death. Of course it was a bad thing to do, and he landed in prison, but that was it.

I also wouldn't call him a serial killer, but I believe he killed three people, he framed the third for killing the first two.