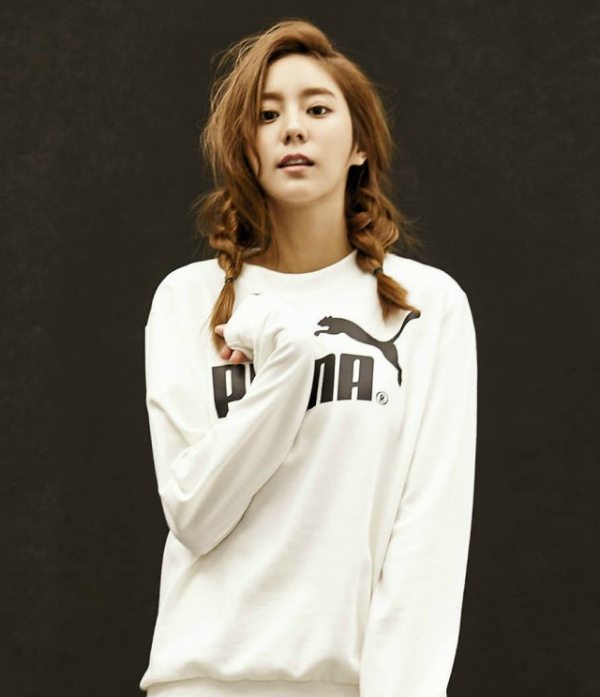 UEE (Night Light) recently turned down an offer to headline a weekend drama (My Golden Life) for KBS, but has now also received an offer to star in another KBS drama, Manhole, although she’s only reviewing the script at this stage.

Manhole is a timewarp drama being headlined by JYJ’s Jaejoong (Spy). It’ll be a comedy about an unemployed bum named Bong-pil who travels to the past through a random timeslip portal in order to stop a wedding that’s happening a week from the present. Jaejoong has confirmed that he will be playing Bong-pil, but details regarding UEE’s potential character have not been released. She’s come a long way since You’re Beautiful and has grown into a formidable actress, which gives me confidence in whatever role she ends up deciding.

The plot of Manhole is giving me strong Operation Proposal (starring Yoo Seung-ho) and Tomorrow With You vibes. Both were cute dramas, but they didn’t exploit all the possible opportunities for timeslip hilarity (not like, say, Splish Splash Love). So I’m excited to see how Manhole will approach the same concept from a more humorous angle.

Manhole is scheduled to air on KBS after Seven Day Queen ends in August.

Looks interesting, I'll check it out, especially if UEE signs on :)

Glad she passed golden life and is considering this show, hope she accepts ^_^

SAME. I still would have checked out Golden Life because of UEE, but Park Shi-hoo is not ideal. Jae-joong on the other hand...I'd be so down to see her paired with him instead!

This show sounds like something I'd ben interested in watching! If UEE signs on, I'd give it a shot :)

Yes, thank goodness she's not doing that Park Shi-hoo drama. I have a lot of faith in KBS recently, I've been enjoying a lot of their dramas so I hope this one will be good too.

If UEE is in it Ill definitely give it a go!
That said, I'd probably watch it anyway because of nostalgic affection for Jaejoong. He brings me right back to the height of my high school fangirl days...

Me too! Kim Jaejoong definitely had a special place in my heart during those teenage years :')

Oh man! I was looking forward to this drama!?

Keeping my fingers cross she will pass.

Good thing she gave the other drama a pass. This sounds way more interesting!

I've only seen her in High Society and already love her! Hope she signs on something soon.

Did you love her in High Society?! It's nice to see someone else who did in spite of the writer treating her character like crap.

I love UEE so I hope she takes this on. Her and Jaejoong would be amazing together. Looking forward to this!

I hated her in you are beautiful and in high society, but i loved her to bits in marriage contract. True... she has become a better actress...

I loved her in Hogu's love with Choi Woo Shik. Havent watched Marriage contract yet. I have a soft spot for her.

When you have time, watch her in Marriage Contract. Lee Seo-Jin and Uee made a lovely couple. Some sort of sparkling magic was happening between those two.

I watched first episode. Meaning to watch...Thanks for the recommendation.

I hope it will be a hit, its JaeJoong first drama comeback after military servics right?
I do love this pair, and their height is commandable ♥️
And beside MC, High society & Night Light is not that great, I hope she can have a good script to utilizie her skill in romcom

I hope she takes it! I would love to see her in it. Plus, from what I have seen Jaejoong is pretty cute. I would watch this for the pretty leads alone! :D

I couldn't get in to Operation Proposal, I did enjoy Puropōzu Daisakusen though. I'll give this a look when it comes out.