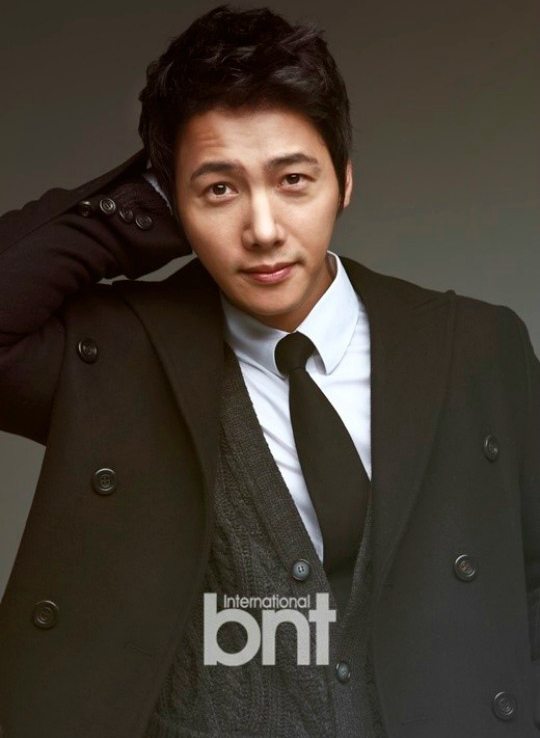 Ooh, this cast is shaping up quite nicely. MBC’s 20th Century Boy and Girl has just added a slew of names to its roster, and it’s a great combination of familiar and newer faces to dramaland. I’m really looking forward to watching a drama with female friendships at its center, and penned by a Answer Me series junior writer, Lee Sun-hye, I’m expecting lots of heartwarming relationships and friends-as-family moments.

Newlywed Lee Sang-woo is considering 20th Century Boy and Girl as his first project post-marriage, and if he confirms, he’ll be reuniting with PD Lee Dong-yoon who he worked with on All’s Well With a Happy Home. His character is a former idol-turned-actor named Anthony, and he’ll start to gain interest in Han Ye-seul’s (Madam Antoine) character, who is herself an actress with an idol background and his fan.

Aw, I’m happy that Lee Sang-woo is considering a return so soon after his wedding, but this means he would be playing second lead to Kim Ji-suk (Rebel: Thief Who Stole the People). This show is setting me up for failure if it’s going to make me choose between them. 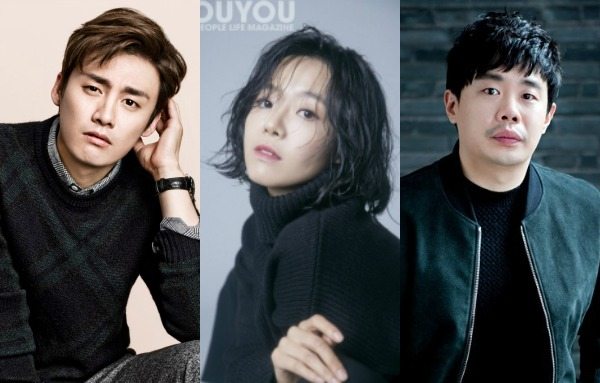 As for our main trio of girlfriends, Han Ye-seul will be joined by Ryu Hyun-kyung (Empress Ki), who has confirmed her role as a flight attendant constantly on a diet, and newbie film actress Lee Sang-hee (Come, Together) in her first full-length drama role as a lawyer.

We also have some potential love interests for Ryu and Lee’s characters in Ahn Se-ha (Moonlight Drawn By Clouds) and Oh Sang-jin (The Family Is Coming). They’ve got to be going for the irony when they named Ahn Se-ha’s character Jung Woo-sung, who is a gynecologist. Oh Sang-jin will be playing highly principled lawyer Kang Kyung-suk, who doesn’t care for money or glory, but rather thinks of his job as his calling.

This is a solid cast, and I’m excited to follow this group of thirtysomethings as they navigate their way around love lives, friendships, and family relationships. 20th Century Boy and Girl will follow The King Loves and premiere in MBC’s Monday-Tuesday slot in September.

I am very excited for this. September can and can't come soon enough. I hope it is good.

Excited for Lee Sang Woo. But torn at why he is still stuck at playing second lead :( The guy has been around forever. He has been in some well received dramas, and his turn in "Life is Beautiful" is still one of the most nuanced Kdrama acting.

Late to the party, but want to heartily concur on Lee Sang-woo. I didn't start watching LIFE IS BEAUTIFUL until a month after this casting news came out. What a memorable cast of characters in a touching family drama.

LSW was terrific as Kyung-soo. He and Song Chang-eui as Tae-sub turned in excellent performances. (And should have gotten a best couple award.)

20TH CENTURY BOY AND GIRL initially caught my eye because of Kim Ji-suk's long-awaited turn as male lead. I'm likewise tickled at the prospect of seeing Lee Sang-woo in a miniseries. ;-)

Im excited for this drama...mainly for Kim Ji Suk! I hope he kills it in his first lead role!

Sorry, but there is only one Anthony.

Lee Sang-woo! This is indeed a solid cast, and I like that they are a mature cast too! I hope he confirms! This sounds very promising!

I am excited for a promising show featuring a cast in their 30s, but also a little alarmed to be reminded that in Dramaland Millennials are now being considered as "mature." #eachdaybringsusclosertodeath

I am so excited for this, but ugh I wish there was no love triangle. I'm so sick of them, and now you're trying to make me choose between Kim Ji-suk and Lee Sang-woo. I mean, Kim Ji-suk already won this contest, but Lee Sang-woo is still going to make my heart hurt for him.

Nooooo
I'll be get severe SLS if he accepts this role T.T
Can't he get HanYeSeul in the end pls?

Remind me Feast of the Gods and Lee Sang Woo as second lead in there. However in the end second lead get the girl...

Yeah I like Kim Jisuk too, but can Lee Sangwoo get the girl in the end like Feast of the Gods? Kekeke.

It's just that I will be so sad if Sangwoo ends up alone! ?

Well, don't worry, Sangwoo goes home to Kim So Yeon, he won't be alone! But yes, second lead syndrome will be very very strong, he is such a cutie! He was so good in Feast of Gods! But second lead here might be a good comeback project as his first drama since getting married! Get back into things slowly...

AWWW. I can't believe he and Kim So Yeon are married!

Why are you doing this to me? Gaahh now I like both leads. ?

Whenever I read the drama title, BTS' 21st Century Girl plays on my head. I am not even a fan of the song and the titles are even different but I can't help it. The song plays itself somehow?

I thought we don`t have a love triangle and he will make a couple on screen with Ryu hyun Kyung. Now I have "I Need Romance 2" deja vu. Lee Sang Woo`s character will not get the girl just like Kim Ji Suk in "I Need romance 2". It is his turn.

It`s Kim Ji Suk`s turn to get the girl. I just want a good role for Sang woo regardless of who is "winning" in the end.

This love triangle thing in kdrama - can someone burn it forever?? Especially when you love both male leads equally! Why can't kdrama PD/writer believe that even with no love triangle, drama can still gain viewers? sighh.

Still waiting for reunion between Lee Sang Woo - Uee, I know they acted as siblings in High Society but I saw the chemistry there. I even thought it's a waste not to pair them.

Yes, indeed. They could write a good story without the love triangle like this. I usually pity the second lead in rom-coms who is stuck to be the third weel. It is not even who will win in the end much. Let them breathe on their own in the storyline. Hope Lee Sang woo will have a fleshed out character in this drama.

"the third wheel"...bad typo... I hate that we don`t have the edit button here.

haha, it's true! but i still prefer him not to be lonely in the drama at the end (:

& yeah, i guess he will like to spend more time with his wife 1st too, before jumping into any long work commitments. i mean weekend dramas, since he has been doing so many of those.

im still hoping to see him as a main lead in a mini series like 16 or 20 episodes. is it too much to ask for? i just don't understand why they don't cast him for those!

Oh sharks. This is a reply to @needaname01 at the 8th comment actually. ?‍♀️

Why is it that LSW will be the 2nd lead.. so disappointing. Just hoping that his role in this drama will be given a fair treatment. I've been waiting for his comeback in the kdrama world... More drama for LSW..