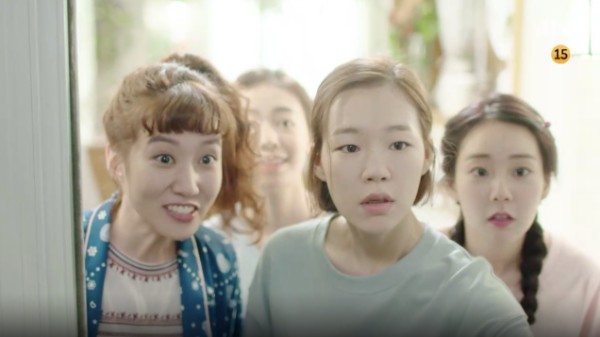 JTBC’s upcoming female-centric coming-of-age drama Age of Youth 2 has just released its first teaser. The series is about the ongoing lives of five very different college women, who have their unique backgrounds and outlooks on life and love. Living together, sometimes they butt heads, but eventually they learn to understand and depend on each other.

Most of the main cast members from the first season are coming back to the sharehouse, Belle Epoque, for a new set of cohabitation hijinks. At the core of this friendship circle, Han Ye-ri will reprise her role as the eldest, who often works several part-time jobs because she’s saddled with debt from her tuition fees, living expenses, and even her sick sibling’s hospital bills. If she seems tired and expressionless most of the time, it’s because she’s so wrapped up in running back and forth trying to earn money that she doesn’t have the freedom or flexibility to explore her emotions fully.

Park Eun-bin played the boy-crazy bubbly glue of the house, but she’s actually a wise soul underneath it all, and her lovable spunk holds all the friends together. Han Seung-yeon’s character was in an abusive relationship last season, and it was especially heart-wrenching when she broke up with her boyfriend and lied to her housemates that she was leaving on a trip with him, while she actually just went to the nearest bathhouse. Her character believes that lies can sometimes be like makeup: Just as makeup can be used to hide flaws and build confidence, lies can be used to hide the unwanted truth from being discovered, and in the same way, once you start, it’s hard to stop. Hopefully, they’ll both be luckier in their love lives this time around.

Ryu Hwa-young (Father Is Strange) and Park Hye-soo (Introverted Boss) were their other roommates, but they’ll no longer be returning, and in their place fresh faces have been added: Ji-woo (Star of the Universe) will take over Park Hye-soo’s role as the walllflower maknae Eun-jae, and Choi Ara (Big Heat) will join them as the mysterious new roommate who comes to the house because of a letter. There will be fresh lovelines this season as well, and three new actors have been confirmed to be in romantic storylines. They include Shinee’s Onew (Descended From the Sun), Ahn Woo-yeon (Circle), and Kim Min-seok (Defendant).

This first teaser shows us the familiar rooms at Belle Epoque, with cute signs of the girls living together such as crumpled up passive-aggressive post-it notes, labeled fridge items, and their characteristic rack full of different style slippers. The chalkboard listing house rules says: “Again, back to Belle Epoque.” At the end of the teaser, the door opens and we see the girls grinning and beginning to say hello… until they see something or someone offscreen that causes them to stop mid-sentence in surprise.

JTBC’s Friday-Saturday drama Age of Youth 2 will begin on August 25. 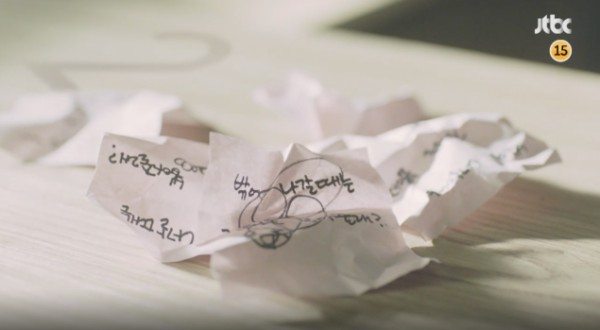 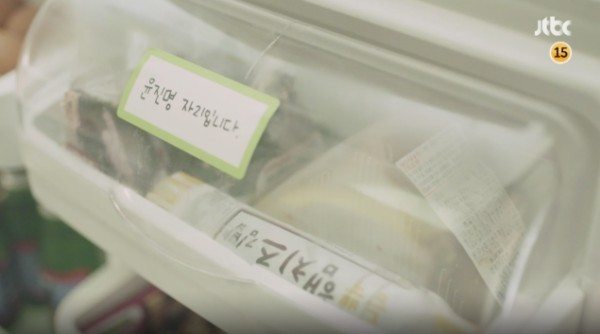 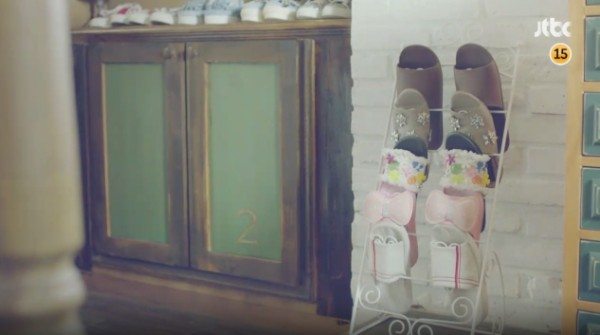 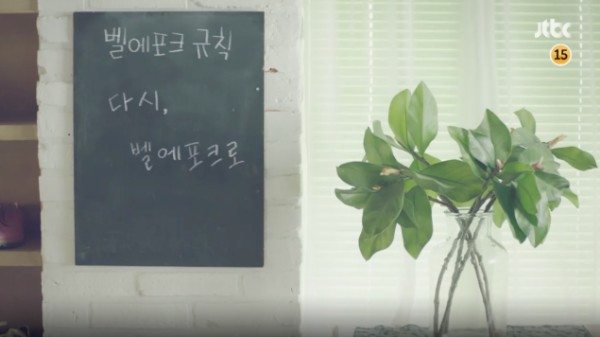 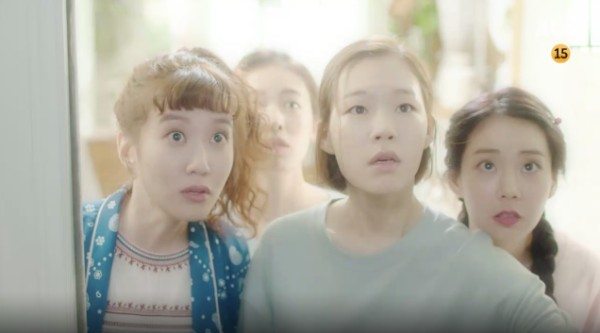 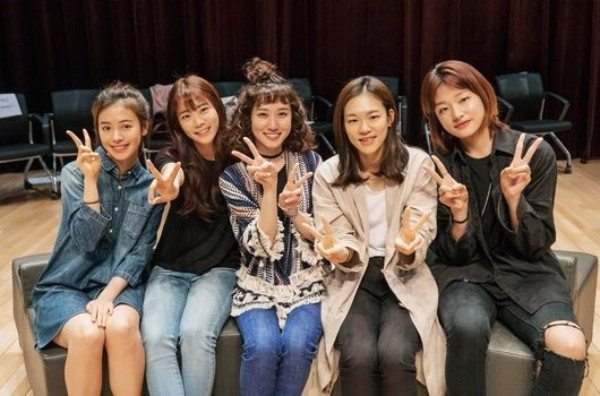 Yeah the roommates are coming back soon ? ?

Seeing the house and hearing the music again makes my heart happy ?

Yes, mte! When "Dick & Jane" kicked in, I was like "AW YEAH," and then when the girls popped in, I was like huhuhu~ I've missed you! Looking forward to this show and the girls making my heart happy and hoping to hear some of the old OSTs, along w/ some new ones! Such catchy tunes.

I didn't know I missed that show so much! The song made me tear up because now I remember how warm I felt every time I started a new episode.

Omg, that's how I felt when I finally finished the last ep. I held off on it for a long time. I was in tears when the show ended and the same song kicked in and the camera panned around the house. Man. I realized then why I loved the show in the first place–because it always made me feel warm and fuzzy inside.

It was great to hear the theme again!

I hope they revisit the whole OST again!

I'm down for more tasteful Indie music. I ended up listening to a lot of Clara C (she reminds me of Colbie Caillat), Maximilian Hecker and Mayu Wakisaka thanks to this show.
Hector Guerra "What Up" is such a good party song lol.

I never caught the first one, but this is making me want to see both.

Oh, you should totally try to marathon the first season in time to catch the second!

Do watch it! It was my favorite show last year--the characters felt so real and you relate to them so much, and it's alternatively hilarious and heartbreaking.

The song brought back all the feels~

Terribly missing park hye soo. I don't buy that she was too busy to play her breaking role once again. Same goes for Ryu Hwa young, saw her photo in the rehearsal session, so does that mean her parts have been omitted? This seems like a new show to me from the picture. :(

me too. i don't buy the whole 'schedule clash' thing. if the writer already had her role for her in the first place, something happened like she backed out last minute or something to do with production. i was gonna skip teh show bc of this but then i loved their ost soo much i think i'll stick around...

Aw, I really wish everyone in Season 1 was coming back!

I think Hwayoung not be the lead like others but she will appeared in first eps. About Park Hye Soo, since we can't do anything, she choose the film over this drama. The production team don't have any fault, they tried their best.

Thank you for defending the production team. They work very hard and I think any lover of Age of Youth should also remember that much of that love is deserved by the staff as well. It's worth giving them a chance!

The production team is not always credited for their work, which is sad. I also want the original casts, but if to wait all other casts to be available is impossible and we might not even get the season 2.

She got a movie offer with D.O. from EXO. It's not that hard to see why she would choose that kinda exposure over AOY, sad as it is.

The teaser makes me feel giddy because of the song hihi really excited for this sequel, mainly because most of the girls were back, but kind of sad that park hye soo and ryu hwa young cant reprise their roles, i just hope that whatever changes are there in the cast, it wont affect much of the script...
So here we are again, back to Belle Epoque!

Why are my favorite shows getting 2nd seasons? Waaaaah I'm so happy! :D

I told myself that FoS would be my last drama to focus on studying but noooo, I miss these girls!

Too bad, we have two new girls. One of them will play Eun Jae role.

I trust Ji Woo (the new Eun Jae) in that aspect. Although I'll miss the Park Hye Soo playing Eun Jae, that's for sure. I wanted to see how Ji Woo will take over it. She has the capability of being a lead actress, I hope she proves it in here..

I don't think it will feel like a spin-off since a majority of the main cast is coming back for season 2, but like all shows they do change and add new cast members to keep it exciting. It is a bit weird for a new actress to step into an existing role/character played by a previous actress, but soap opera's do it all the time so it should be fine and a new take on the Eun Jae character could be refreshing.

Eeeeee I seriously plan to be cautious going into the 2nd season of this show -whats with the actresss changes and all, but.. but.. but... seeing the teaser gives me all the feeeelssss. I am so ready to jump head first into this!

Really sad that Jin-myung's chef friend won't be coming back (MY BEANS THIS SHIP) along with the original cast, but OMG SEASON 2 I AM SO READY FOR THIS!! Please be more than 12 episodes this time!

Thinking about it, they're probably looking up at their super-tall new housemate!

This is my guess too! :D I wonder how huge of a role she will play...

I loved the ensemble cast and story archs in age of youth so I'm over the moon about its return! Sucks that we won't continue with 2 of the girls' stories but I'm excited to see where they take the cast in the new season!!!! queen of mystery gets a season 2 and so does age of youth, we truly have been blessed?

Their shared apartment is hands down one of the cutest k-drama apartments out there. I want to live in it so bad.

The little cheap thrill you get when you try to find the number "2" in almost every frame of the teaser! ^^

The most brings back so many memories. I can't wait! Especially looking forward to ji won storyline as we didn't get her arc last season.
Also I know some people may not be happy with cast change but at least it's still with mostly the same people. I prefer it to having a spinoff with a completely different cast and storyline.

i'm a bit sad about park hye soo and ryu hwa young...
the show won't be the same without them...
oh well i'm still really looking forward to this!!

I AM SO EXCITED THAT THEY ARE MAKING A SECOND SEASON~!!I need this on my screens ASAP~!!!

Just finished watching season 1 on Netflix. It was a great show and super easy to watch (and marathon).