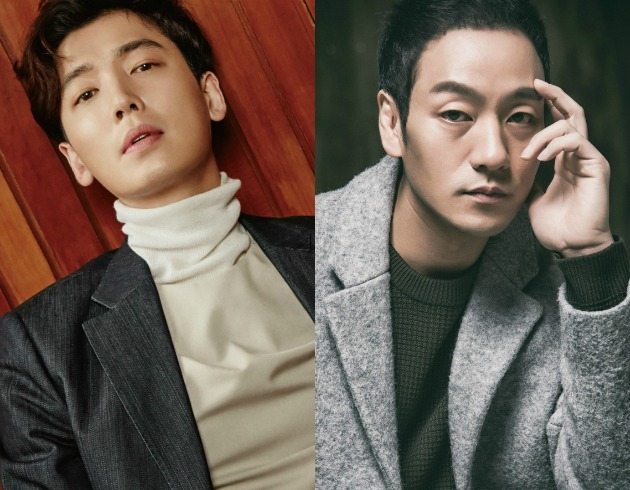 We’ve finally got our jailbird lineup for the newest drama from PD Shin Won-ho of the Answer Me franchise, titled Smart Prison Living. In a departure from the throwback youth series that he’s known for, Shin PD’s new series will be a black comedy about the lives of inmates at a prison. Jung Kyung-ho (Missing 9, One More Happy Ending) has been confirmed in a starring role opposite stage actor Park Hae-soo, who most recently played the detective who chased Lee Min-ho and then became his friend in Legend of the Blue Sea (he was also in Six Flying Dragons, Master, The Pirates).

The script is being kept under wraps, so no character descriptions have been released for the roles. All we know so far is that the drama plans to tell the everyday stories of prisoners, and is a lighthearted human drama rather than a crime thriller, promising dark humor and pathos. Writing is Jung Bo-hoon, a junior writer from the Answer Me series.

There will probably be many new faces in the cast, but Shin PD is known for digging up little-known film and stage actors and his ensembles never disappoint. Park Hae-soo was pretty memorable as the mean-looking cop who befriended the con artist crew in Legend of the Blue Sea, and I thought he was pretty great at being funny when the role called for some deadpan humor. Jung Kyung-ho has a wide range as a leading man in dramaland from rom-coms to thrillers, which bodes well for the dark and the comedic side of things.

Smart Prison Living is being planned for tvN’s Wednesday-Thursday slot in October. 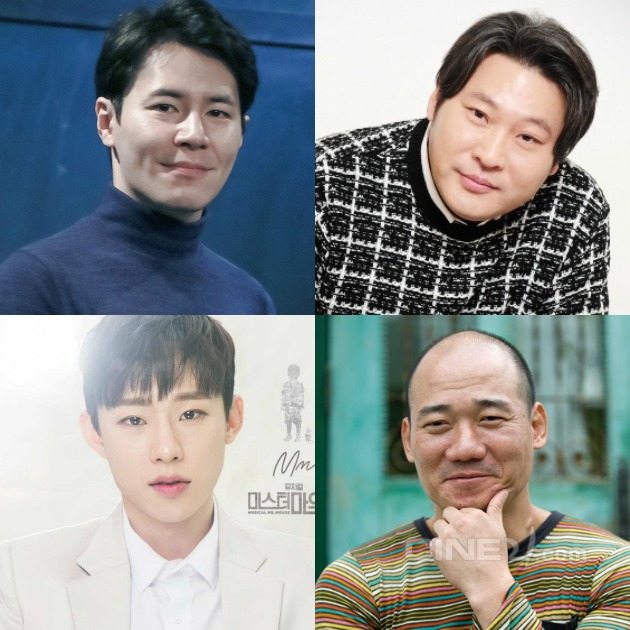 same! the guy needs a good drama maybe this is it

I love him!!! great to see him back

please let this be a ratings hit, for the sake of JKH. he's such a great actor but never gets the recognition through his projects.

Finally there's a news about this drama. Can't wait to know further casting and character details.

Jang Kyung Ho in anything is a good news.....looking forward to it.

Human drama based on everyday stories of prisoners with so many musical theater actors casted, could we be getting a Kdrama Orange is the New Black musical with lots of bromance?

Yes! Yes yes yes! I'm so excited about this. I've been wanting Jung Kyung-Ho to act in something a little bit similar to cruel city. This is supposed to be lighthearted but there might be some action or darker scenes, yes? ?

Yess! He was sooo good in cruel city!

Even with so little details it honestly already sounds fantastic. JKH will eat this role up regardless of whatever backstory they give him.

The guy on the top left in the bottom picture, is he the same guy as Prosecutor Yoon in Secret forest?? He sure does look like him??

I think you're right!

Yup! He's so handsome in FoS, but I can't get his Hwarang character out of my mind yet. His scruffy, bad guy image. It wasn't a good look. Lol

Finally my oppa ran away from MBC dungeon :P
Oppa, we only need to have more than 2% ratings OK.
In cable landia having 4% is considered great, so after this either go back to JTBC or try out OCN, no more going back to MBC please :)

Yeah, MBC = makjang dramas channel, which only give Jung Kyung Ho roles that all actors declined

And if Jung Kyung Ho channels his inner "Paksa" from Cruel City, that'll be the death of me!

Hit or not, the prospect of jung kyung ho doing a lighthearted prison drama with a gang of brilliant actors already is making me all excited. And needless to say, shin PD will contribute a lot in the storyline with his antics. JKH will be perfect as I can already visualize him with his tantrums and hyperactive attitude from the heart swapping drama.?? Though I am a but curious, so there won't be any female actors?

Maybe there will be a female character as a teacher who comes to teach anything in the prison?

Even if I have only seen half of reply 97, i think its great that JKH has joined this project and this show can be trsuted when its in Shin PDs hands. This guy needs all the recognition he isn't getting due to not so good recent projects so I hope this one aces his career.

Ooohh... good lineup. And with Shin PD too. Meaning another drama added to my to-watch list.

Btw, is Lee Kyu-hyung the one who played Prosecutor Yoon in Forest of Secrets?

My life is complete! Jung Kyung-Ho is back! :D

I shrieked when I saw Jung Kyung Ho's name!

This news made my day! I so want Jung Kyung Ho on my screen on a show that deserves his awesomeness! I really hope that this is a ratings magnet cuz god-knows JKH needs it! Looking forward to more tidbits to be dropped about the story!

I was crushing on him throughout the whole drama lol.
I'm glad to see him and his fellow stage actors in dramaland.

He was amazing in Dragons. I mean, who wasn't? But yeah, I'm always happy to see him in dramas. So glad he's headlining a show now and will get much deserved attention.

I'm selfish. I really want Ra Mi Ran in this even she just a cleaner or something.

I think a need a tissue box will be needed with the actors listed here.

I racked my brain about where I've seen Lee Kyu-hyung from after seeing Goblin next to his name. I had a feeling he was either one of the souls Grims took to his tearoom or one of the bad guys, but I just didn't know which one! But then it came to me–he's the guy that tried to throw Eun-tak over the building! Alright, now that that's over...

I feel like I'm seriously missing out on some Jung Kyung-ho action because everyone's giving him so much love and I haven't even watched any of the guy's projects (in its entirety). Will do my hw soon!

I really liked Park Hae-soo as Lee Min-ho's enemy-turned-friend! He was great in both the past and present storylines.

Teddy bear oppa was so soft (hee), quiet, sweet, and cute as Taek's dad, but totally evil in Lookout, so I'm looking forward to how he'll turn out here!

If you're going to watch JKH work, I suggest you start with Heartless City.

And then the weekend drama 'Smile You' for comparison!

Choi Moo Sung was also evil and scary to me in Heartless City. That was my first time seeing him. Never have I thought of him as a teddy bear papa. XD

I also recommend HC for you to see Jung Kyung Ho too. :)

For JKH, Heartless City first then Falling for Innocence. The first one will result to withdrawal pains so you need the second one to recover.

Yessssssssssssss!I adore Jung Kyung Ho so much and i'm happy he is coming back and hope this time he get's a hit on his hands!!!

Jung kyung ho!!! I didn't watch missing 9 but hope I'll tune into this one!

Omg, please be a good drama for Jung Kyung Ho!! I really like him and Yoon Hyun Min since Heartless City. YHM nailed a great role this year while JKH’s Missing 9 was awful.

This prison drama sounds different and interesting. Missing 9’s general plot was also different, but it turned out bad. It sucked in the end.

I was thinking Park Hae Soo looked familiar! I really liked him in Legend of The Blue Sea. He was all kinds of funny.

Also, what's not to love about Jung Kyung Ho. Even though Missing 9 was a mess, I really loved his role in it (and Baek Jin Hee!!). He was hilarious as Joon Oh.

Lol this is Orange is The New Black male version.
Already imagine the hilarious bromance that I know will be hilarious because Jung Kyung Ho is made for comedy.

I am so excited. Are we going to see Paksa alike once again?

This will be a great movie. Please make it with english subtitle. Thanks