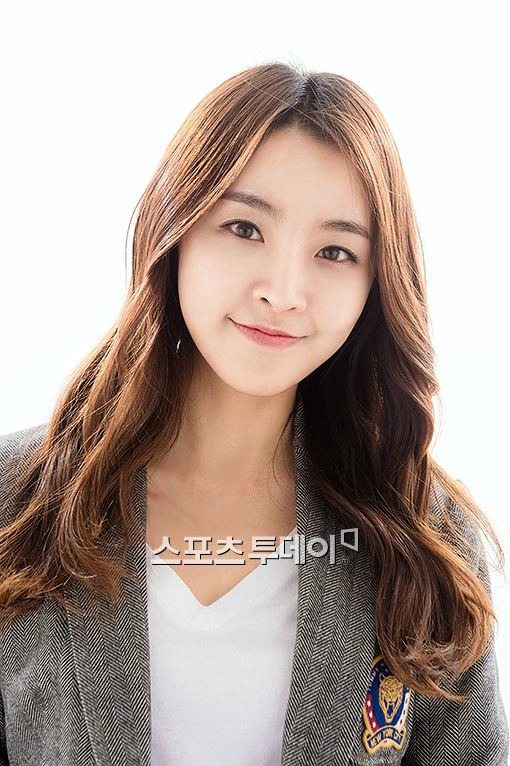 SBS has announced a new weekend drama in the works, Bravo My Life, and is in final talks to secure Jung Yumi to headline. I feel like I always have to do a song and dance to clarify that it’s not that Jung Yumi (Discovery of Romance, Youn’s Kitchen), but the other Jung Yumi (Maids, Master–God of Noodle). But I don’t want to get excited about the wrong person!

Bravo My Life is set amidst a broadcast station and centers around three main characters: an assistant director at the station, an actor who for seven years has been unable to debut, and a character described simply as haughty. Jung Yumi’s character is the assistant director, and although all of the fellow colleagues she’d entered the station with have all worked their way up to getting their own programs, she is still stuck in the assistant ranks. She had been dating someone since her university days and is engaged, but the sudden arrival of her mother results in her being jilted. Since the drama is described as a “one-top female lead” show, I presume that the other two will be her love interests.

Interestingly, Bravo My Life was the initial title given to one of writer Jung Ji-woo’s prior dramas before it took on its ultimate title, Ugly Alert. I can’t say much about Ugly Alert, which was a daily, or Jung’s weekend drama Gloria, but I did really enjoy her heartwarming 2010 series Wish Upon a Star, which starred Kim Ji-hoon as an uptight grumpypants who warms up to a family of orphans. I’m encouraged to see that this will be a reunion of writer and director (PD Jung Hyo) from that drama; they’ve gone off and done several projects separately that I don’t care for (PD Jung’s include Witch’s Castle and Cheongdam-dong Scandal), but Wish Upon a Star was a breath of fresh air.

Bravo My Life will take over the weekend slot from Sister Is Alive in October.

I always appreciate a photo or clarification since both of them share the same name, so thanks. I was excited for a moment when I saw the name, until I see the photo ?

Ugly Alert was such a great daily drama. It didn't get TOO makjang and was filled with lots of feel good stuff. I mean, there was plenty of angst too, but it's the only daily I've completed that left me completely satisfied in the end. Plus Im Joo Hwan and Kang Sora were perfect together.

Given how much I liked that drama, this is a weekend show I plan on checking out. It sounds like it has potential.

I loved Ugly Alert! If anyone wants to give it a try, be prepared for the set-up to be super makjang-y, but for the most part, it settles down into a heatwarming "healing" drama. (You can save yourself some grief by fast-forwarding through the scenes with the lawyer.) The Ugly Alert OTP may be the most mutually supportive OTP in all of dramaland, which makes me excited that the writer has a new project in the works.

I loved the way such a broken family managed to come together. It really was heartwarming and sweet.

I enjoyed Ugly Alert. Im Ju Hwan and Kang Sora were great as leads. First time I managed to finish a long weekend drama.
So I am going to give this a try.

Yeay new drama for her as main lead ❤ I think this has a potential to do well.. ?? Jung Yumi is always a good actress, so I'm happy to hear this good news! SBS weekend drama have been doing quite good lately.

I thought that SBS already stopped their weekend dramas because suffered from ratings. Like, I read it long time ago ?

And when will the other JYM comeback to Kdrama? ?

It was daily evening dramas, not weekend.
http://www.dramabeans.com/2017/04/daily-evening-dramas-on-the-chopping-block-at-sbs/

Other JYM now considering to pair up with Lee Kwang Soo in new Dear My Friends's writer's drama.

Wish upon a star was such a cute heartwarming drama. I laughed and aww'ed so much during it. Good times.

All I think about is Chief Kim when when I hear that Title ;)

I was singing the song in my head!

I really miss that drama.

Wait.. which one in Wish Upon A Star is Jung Yumi? I don't remember her at all in that drama.

It was the screenwriter Jung Ji Woo in Wish Upon a Star, not the actress Jung Yumi xD too many Jung's on the same article!

Must be pretty confusing having two actresses with the same name! I like this Jung Yumi well enough and have almost always followed her projects, Maids, Master God of Noodles, Six Flying Dragons. I hope this one does well.

Six Flying Dragons is awesome, and I liked her in Wonderful Mama even though I didn't love the series as a whole. I hope this does well.

Also, I liked her as herself quite a bit in We Got Married, so I wish her the best, since she seems like a nice person.

I agree, I really liked her personality on WGM, wish she was more popular.

What about new drama of Don't Dare To Dream's writer?

Wish Upon a Star was so such a crack, I was a little too obsessed back then.

I was waiting for this actress' next project!!!! I can't wait

Yeon Jung Hoon is confirmed to be the male lead, but not sure which one he will be; either an actor or a haughty character. Either one will be fine for me anyway. ? YJH was very good as a villain in Mask & Ms Temper & NJK. A very good pairing with a good team, definitely will watch this drama! Looking forward who will be the second leads.

I am a fan of the Maids, Rooftop Prince Jung Yumi!!