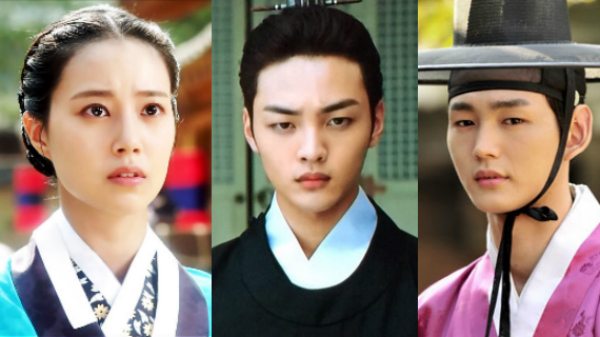 The last movie in the The Face Reader trilogy by Director Park Hee-gon was announced earlier this year, but it seems like the ball is now finally rolling on Auspicious Grave. There’s been a barrage of casting additions including numerous young talented rising stars such as Moon Chae-won (Goodbye Mr. Black), Lee Won-geun (Mystery Queen), and Kim Min-jae (The Best Hit).

Auspicious Grave is the story of power-hungry political players and their ambition to become king and be memorialized on Joseon’s best ceremonial grounds. The movie was courting Ji Sung (Defendant) and Jo Seung-woo (Forest of Secrets) last April, and they have since confirmed their roles as the prince regent Heungseon Daewongun and shaman Park Jae-sang, respectively. Joining them will be Kim Sung-kyun (Moon Lovers: Scarlet Heart Ryeo) whose character is Kim Byung-ki, the eldest son of the Noble House of Kim. 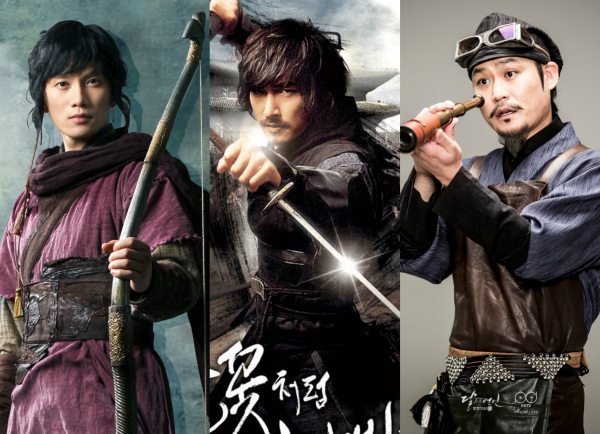 Moon Chae-won will be taking on the role of the leading lady, but she has some big shoes to fill because Kim Hye-soo’s performance as the charismatic gisaeng in Face Reader will be a tough act to follow. Thankfully, she’s got numerous sageuk experiences under her belt including her heartrending romance with Park Shi-hoo in The Princess’s Man and her sassy womance with Moon Geun-young in Painter of the Wind. According to reports, Lee Wong-eun and Kim Min-jae will also be taking on important roles, but details on their characters have yet to be released.

All three have been busy with drama projects lately: Kim Min-jae can currently be seen in the time-travel weekend comedy The Best Hit, but he also played a fiercely conflicted young king in The Lonely Shining Goblin earlier this year. Lee Won-geun just wrapped up ajumma sleuth Mystery Queen with Choi Kang-hee recently, but he also has experience with sageuks, having debuted as the younger counterpart to Song Jae-rim’s character in The Moon That Embraces the Sun. Last but not least, Moon Chae-won is still busy shooting her new cop procedural, the Korean remake of Criminal Minds, which is scheduled for broadcast later this month.

The film Auspicious Grave is expected to premiere sometime next year, but the second installment in the trilogy, Marital Harmony (aka Compatibility) starring Shim Eun-kyung and Lee Seung-gi, hasn’t hit theaters yet, so it may be a while before we see the completed trilogy.

Agree! the pictures are fitting and makes you imagined their sageuk characters already haha!

My gracious, so much pretty...

Exactly my thought. Ji Sung, Jo Seung-woo <3 and Moon Chae-won plus to talented young actor, too much beauty for my heart to handle!! Only give me Jo Seung-woo I'll be in!

Ji Sung + Jo Seung Woo was ?? enough now I don't know how to handle this

The small parts Kim Min-Jae had in Goblin, I absolutely loved. He looks so good in sageuk style clothes!! I'm not one who watches K-movies but I might give this a chance because of the cast. I've been an avid fan of Lee Won-Geun since I saw him in Moon that Embraces the Sun and every time I've seen him act, I haven't been disappointed! Hoping to hear more about their characters soon ^^

Moon Chae Won ❤ I love her in sageuk more than her modern projects, so glad she will has a sageuk movie next. It's too bad she and Lee Junki aren't paired for some sageuk like Princess Man but considering sageuk nowadays are not that good, a thriller drama like Criminal Mind is good enough.

I'm sure Jo Seung Woo will give a great performance, I love Ji Sung in his modern drama but didn't really like his acting in his sageuk before, but it was also before I finally started to like him in Secret when I never really liked him, so crossing my fingers he will do great!

Agree. Ji Sung is a terrific actor but I never liked him in sageuk. All of his sageuk performance had been lackluster.

I hope he will do great this time! A good script will help a lot.

Weak acting can never work in Saguek. With Jisung, I never like his acting performance even than Daesang awarded drama but of course his acting style matured from that drama. The he did great in his most recent so I think he is going to do well this time.

Well, I got infected with the K-Drama addiction by watching sageuks. And I loved him as "Kim Su-Ro, The Iron King." (But I haven't rewatched it in a while.)

Moon Chae-won was the leading lady in "War of the Arrows." which was a much better sageuk film than "Face Reader" imo.
She is going to be more than fine on the big screen.

Haha. Yupe. Exactly.
Thanks for pointing it out.

I agree. She was really god in "War of the Arrows", so I don't worry at all about her joining this movie. :)

I'd worry more about those so called talented rising star.....
Looking good in sageuk garbs for a few mins in a drama doesn't mean squad.
This new generations of young actors aren't well trained in sageuks like Yeo Jin-goo's generation of child actors.

Can only say, a weird concern coming from the writer side. MCW isn't a rising star no more and dare to say, she is most remembered through sageuk. What you posted is a strike point.

Her breakout role was also from the one of the most epic sageuk The Princess Man, which until today none of current romance sageuk can beat it.

Now that you've mentioned it, I realise all her most memorable and my personal favourite works are basically sageuks. Painter of the wind, War of Arrows, Princess Man; which is weird considering how she got flak for her pronunciation and tone when Princess Man first started. But I'm sure she'll do a fantastic job in this just cause MCW is absolutely fantastic at emoting on screen.

I'm thrilled to hear that Kim Min-jae is getting another role. Very impressed with his other work so far.

omo omomomoooo... Ji Sung AND Jo Seung Woo together in a sageuk??? reserve me a ticket at a luxury lounger theater!

I was planning to go on a hiatus but the name of Jo Seung Woo yanks me back in instantly.
*Scribbles Auspicious Grave into notebook*

Can I get Ji Sung and Moon Chae Won in a 16 episode romcom too?

Lee Won geun and Kim Min jae are all awesome in their latest projects!

I'm very happy for Moon Chae Won joining this stellar cast and movie. I'm looking forward to it and don't mind waiting for it either. :)

Also I'm glad she changed agencies. I believe her old agency didn't always give what she deserved and Namoo Actors seems to be a lot more active.

"rising stars such as Moon Chae-won"

Exactly how many hit dramas and how many movies does Moon Chae-won need to do before she can graduate from being grouped with Kim Min-jae and Lee Won-geun to be next to Ji Sung, Jo Seung-woo and Kim Sung-kyun (who's never even been a leading man afaik)? The last time I heard of being referred to as a rising star was 2010.

I was also a little surprise to see Moon Chae Won has been 'downgraded' as rising star, what more to put with similar group with Kim Min Jae & Lee Won Geun while in fact she has been known more of her roles in sageuk. I guess it's unintentionally mistake done.

Yes. Wasn't going to nitpick but I expect better from DB writer as there are some parts that I found really off. It is bothersome to read.

'her sassy womance with Moon Geun-young in Painter of the Wind.'

Not sure what sassy about her character as gisaeng in Painter of the Wind especially the relationship with Moon Geun Young?

I was wondering about this as well. I mean Moon Chae Won is in the industry for 10 years. Yes, she may not have as many projects under her belt BUT she did The Princess' Man (a surprisingly well-written sageuk with a strong female lead) and Innocent Man (a nuance melodrama).

She won several awards over the cause of the past years and only had one real bad drama which is GMB.

But I take it with a bit goodhearted humor and hope the writer of the article is just seeing Moon Chae Won's potential for doing a even bigger career. :)

This has the potential to be amazing! ?

Oh my, a movie about Heungseon Daewongun? Haven't seen a movie/drama set during the late Joseon dynasty in a while.

Omo, its Crinkles in Hanbok!!!

Kim Min Jae is so pretty, I remember him in Goblin. Its such a relief to know his talented as well..*sighs for justified shallowness lol...

Ji Sung and Jo Seung woo in one movie? What is this? Too good to be true!!

I believe the writer is just.. joking. Lol.