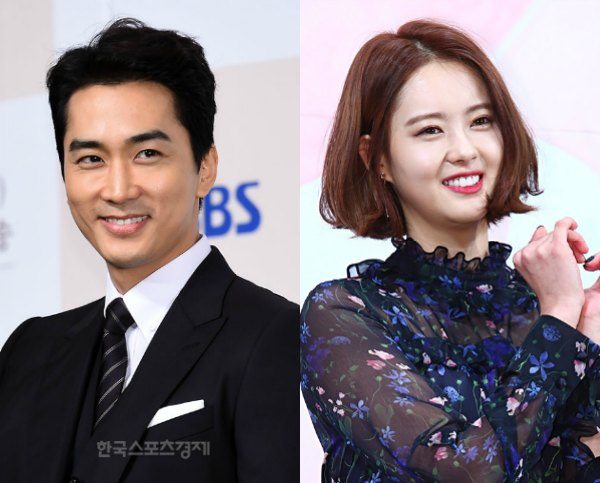 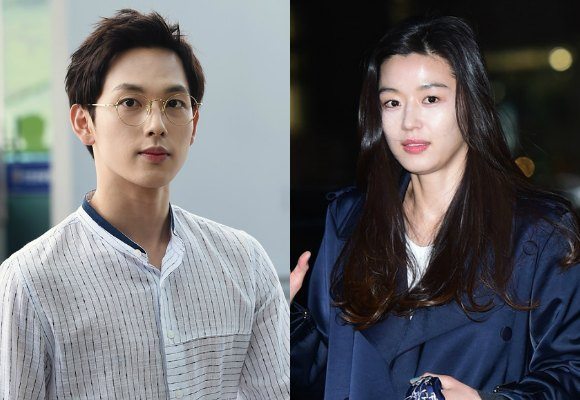 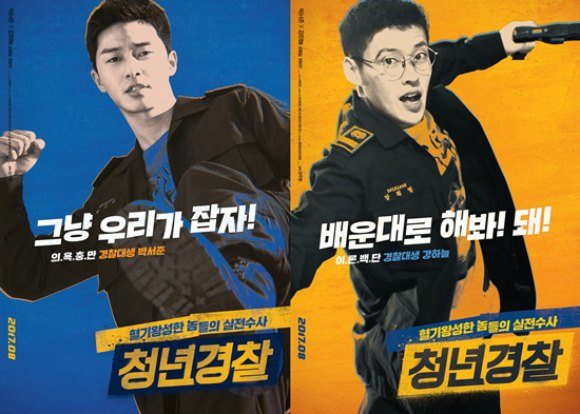 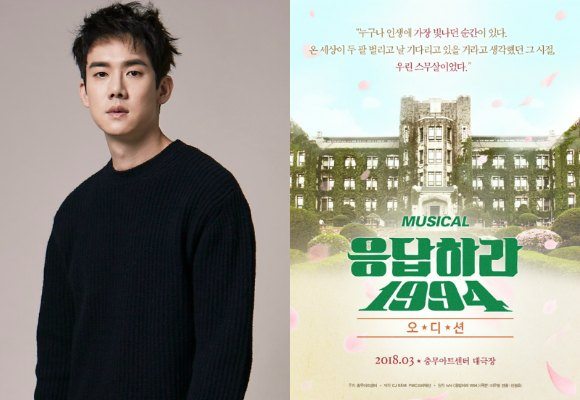 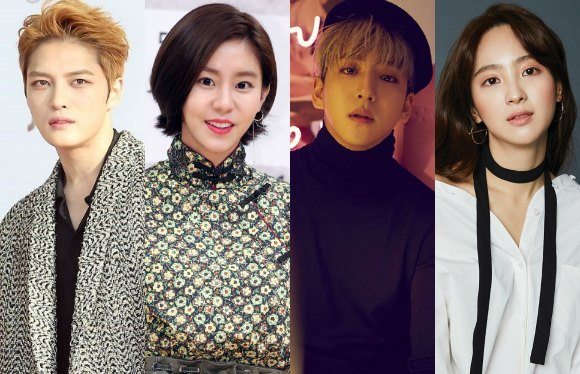 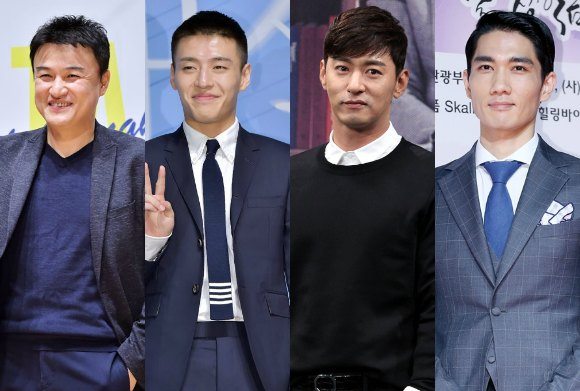 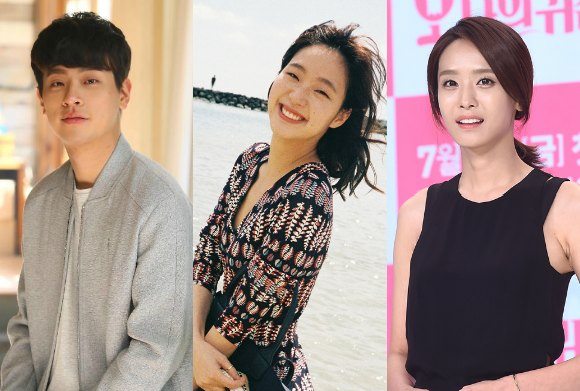 I'm pretty sure it will be with Song Kang-ho headlining it and the rest of cast is pretty solid. I'm glad they hired a German actor to play Hinzpeter.
It'd be interesting to see The Gwangju Uprising from a foreigner's eyes.

Director Jang Hun hasn't made a crappy film. So far his work has been more than solid.

I love Ryu already from his short clip from the trailer.

thanks a lot for updating ?
haven't seen any news bite for a moment,,really love this section because always giving me dramaland update

me too! 1. Park Seo-joon and Kang Haneul - what a winning duo. 2. I also love light cop comedies. 3. And the poster's got such a great vibe!

Too much to look forward to! Thank you so much for spreading a bunch of good news. :)

It is an interesting cast for Bad Guys 2 but having just finished the 1st series it doesn't lessen the sting. I did doubt they'd get them all back but still really disappointed. Maybe a cameo or two?

Park Jung-min and Kim Go-eun (yay!) Now that's a big screen dream pair. I'm glad she is going back to her root (Chungmuro). So excited! Love them both to pieces director Lee Joon-ik is pretty solid.

My most anticipated movie "Taxi Driver" has an official release date (double yay!)

Thanks for the update @awcoconuts!

Yes to Kang Haneul....I kind of just want him in everything...you think that would be too much to ask? lol

"In a world where coffee has been prohibited.." Worst nightmare.

My heart broke with that line! Haha. Though if its an indie movie, is it harder to watch for us international fans?

Despite all the news, why have I haven't heard anything about Park Bo Gum? Where is he in drama or film?

He's currently taking an acting break to focus on school. There have been news about a couple of movie offers months ago (Seobok and Ansi City) but so far no updates.

Yoon-Seok as Hedwig!? YAY! If only it's possible to get the whole play on camera just so I can see his portrayal OTL

I can't resist a man who can sing. Singing in a musical is a different level altogether.

I love how the actors take turn playing Hedwig so one doesn't get stuck with a long term contract.
So far I believe Jo Seung-woo (x5) and Oh Man-seok (x3) were the first in (2005).
Jo Jung-suk (x3), Byun Yo-han (x1) are the only other actors that I know that have done Hedwig.

I'm excited for Yoo Yeon-seok. Adding another actor to my Hedwig watch list.

Are any of these performances available on YT or anywhere online?

I don't know if Jo Seung Woo is actually have an IG or not, or maybe it is managed by his manager or his Korean fan I'm not sure, but sometimes this IG updated a little bit here and there parts of his musicals. I don't know if we can actually watch it online though

I've found JSW's and I've seen his other performances too. It's the others which I have not seen except Jo Jung Suk's old ones prior to his drama debut. Obviously, musicals can't be recorded but I was hoping for short fancams or clips.

You can watch some here. It would be easier if you read Korean.
http://www.playdb.co.kr/

I'm conflicted about it. It sounds awesome but I can't watch it and that makes me sad. ? I want him to be in a movie or drama again soon.

"Director Kim Ki-duk (The Net, One on One, Moebius) has been inducted into the Academy of Motion Picture Arts and Sciences, and he joins esteemed peers Im Kwon-taek, Bong Joon-ho and Park Chan-wook, as well as actors Song Kang-ho, Choi Min-shik, and Lee Byung-heon."

I love that sexycoolfun is now a word, and is it possible to have that word carved on my tombstone?

A movie and a drama for Kang Haneul! So excited! And I wish if Kim Goeun will sign with the movie with Park Jungmin, its more interesting than "playing his first love." Don't waste her! Hahaha.

Yeah, I'm totally hoping her character's a singer that just so happens to be the rapper's first love. Ha.

I would kill to see Yoo Yeon Seok as Hedwig! I saw Jo Jeong Seok in the role last year and he was fantastic. YYS will make such a pretty Hedwig though. I'll be stalking instagram for pictures once he starts performing in it.

Wow, so many goodies!

- KIM. GO. EUN! I've missed her so much and have patiently been waiting for her return, so I'm ecstatic about the news of her possibly being in a movie! Since Park Jung-min's playing a rapper, I'm hoping her role has a musical background, too. She has a lovely singing voice, and being a singer is one of the many roles I'd love to see her play. The synopsis for this movie gave me Canola vibes, with the aspiring character and family love, and y'know, Go-eun, so I'm totally in.
- Congrats to Jeon Ji-hyun on her second child!
- Black is gonna be one to look out for, because the premise sounds interesting enough, but the casting is questionable. Song Seung-heon is meh to me and Go Ara is super charming and charismatic, but haven't really wowed me in anything other than Answer Me '94. Let's hope not. Having the people behind Voice, Liar Game, and God's Gift attached to it reassures me, though, since those were solid shows.
- Bad Guys: City of Evil is actually shaping up nicely–casting-wise. I can already imagine these actors in this show, so now we wait. Also gonna hope for a Bad Girl, too.

Lol, this is what happens when I start editing my own writing. I originally had "Was it just the Answer Me/Reply magic? I hope not." But yeah, AM series has the amazing ability to make EVERYONE so damn good.

i'm more concerned over song seung heon's casting to be honest. i think go ara will do fine given a good script and director. i think she did okay in you are all surrounded and she was good in the joseon magician. reply 1994 is still her best work, of course.
i was really hoping song seung heon would decline. LOL... so much wishful thinking, but i really, really wanted to see yoo yeon seok opposite go ara in this. shouldn't have re-watched reply 1994. chilbongie still gets to me even after all this years.
:(

I am shocked how much hostility is tolerated now in captions of celebrity photos openly calling out Song Seung-heon's bullshit.

Can you explain what you mean here please? I don't understand your comment.

In Song Seung-heon's photo the abbreviation "BS" is written right next to his face.

His head is probably blocking the letter S. It should say SBS.

I'm pretty sure this picture was taken at the "Saimdang" press conference.

So serious lol.
I blame Shi-mok.

Thank you for continuing the news bites section DB team!

Aaaaaaw... I want Bad Guys original cast and the new cast to make the great blockbuster drama that will rocket the rating of this cable drama to the atmosphere.
But to be greed is a sin, indeed.

Has anybody heard anything about the status of the Lee Jong-Suk film V.I.P.? Has it been released on Korea yet? I have fingers crossed we'll see it in Toronto.

Haven't seen news bites in forever. Random question - does anyone know what's up with Byun Yo-Han (Lee Bang JI from Six Flying Dragons) these days? Everyone else seems to be in back in drama land except him.

Byun Yo Han has been focusing in movies. He had a movie, "A Day" with Kim Myung Min (Jeong Do Jeon from Six Flying Dragons) just come out a couple of weeks ago in theaters.

I can watch Kang Ha Neul in anything, such a brilliant actor. While i love his million watt smile i think he will be amazing in a dark role in bad guys 2.

yes just yes. I adore Kang Haneul. I honestly think he's one of the best actors of his age. I could, and have, watch anything he is in...and have suffered through maybe not so great shows, cough ryeo cough to the beautiful you cough, just to catch a glimpse of him.

The SSH+Go Ara pairing is so weird, and it's almost like they're baiting people not to watch it given their reputations as pretty-people-with-subpar-skills. I like Go Ara and really want her to tap into her potential, but I'm worried that her role will just be "love interest" and nothing more. I've been itching for SSH to do a rom-com drama again- maybe with someone like Gong Hyo Jin, Jang Nara, or Chae Rim (who hasn't done a drama in 7 years)

Woah! I just saw Siwan like an hour ago in Hyung Sik's fanmeeting and now you are telling me there's not going to be another opportunity to do it again for a couple of years? :(
At least I don't have to worry about netizens getting mad at him for not starting the service sooner :)

Is it just me who thinks Go Ara chose this project over Are You Human Too because she wants to work with SSH and not with SKJ? lol.

Also, I read it yesterday on Instagram, Eric Mun got married.
?

A musical means no Yoo Yeon Seok in a new drama/movie before next year...Depressed

Holy shit. A genderqueer Yoo Yeon Seok in a rock musical, what else could you ask for ?