The needle vs. the knife for Live Up to Your Name 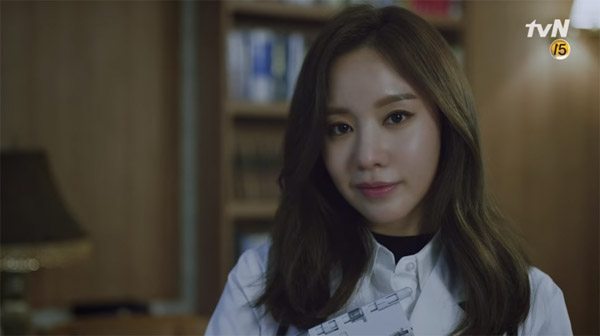 Ha, I hope the show maintains the tone of this teaser. Upcoming “medical action” drama Live Up to Your Name from tvN has released its first look at the show featuring a time-traveling Joseon doctor and the cardiothoracic surgeon fellow he meets in modern Seoul, played by Kim Nam-gil (Pandora) and Kim Ah-joong (Wanted), respectively. I’m really liking all the signs that this show will have a pretty strong comedic bent to it.

Take this teaser: We first see a close-up of a portrait of Kim Nam-gil’s character, Heo Im. His descriptors read: “A doctor of lowborn origins” and “Joseon’s greatest acupuncturist.” As the camera zooms out, accompanied by some cheeky background music, we see the portrait hanging next to a lab skeleton. Heo Im asks, in a scandalized voice, “How can one use a knife on a person?”

Kim Ah-joong’s character, Choi Yeon-kyung, stares intently at his portrait as she replies, “Who cares if it’s a needle or a knife? You’re only a doctor if you save lives.” Lol, I can’t wait to see Heo Im react to all the newfangled medical technology; he’ll definitely have a lot to gawk at.

Choi Yeon-kyung sounds like a pretty familiar character, skilled in her field with an ice-cold, strong personality, but I look forward to her straight-man role in contrast to the fish-out-of-water Heo Im. The Joseon acupuncturist, on the other hand, is a playboy member of Hyeminseo, a real historic government branch that provided free medical services to commoners and educated women in the art of acupuncture. Due to his low birth (his status was lower than a commoner), he doesn’t see a future for his career even when he possesses genius-level acupuncture skills, so he stops trying to become a moral doctor. His character description actually reminds me a lot of Yong-pal, in that his materialism manifests itself in him going around at night making illicit house calls for the money.

It’s also fascinating learning more about the real-life figure, who lived a pretty dramatic life himself. Heo Im beat all the odds when he rose in the ranks to become a high-level medical official, and was a favorite of kings Sunjo and Gwanghaegun. He was also out in the streets during the Imjin War providing medical aid to the people, and is credited with saving countless lives, so it’s quite disheartening to know that his name is relatively unknown, especially compared to his contemporary Heo Jun. I hope that the show will help Heo Im become more widely known and respected, as is due.

Live Up to Your Name will premiere in August on tvN, following currently airing Forest of Secrets. 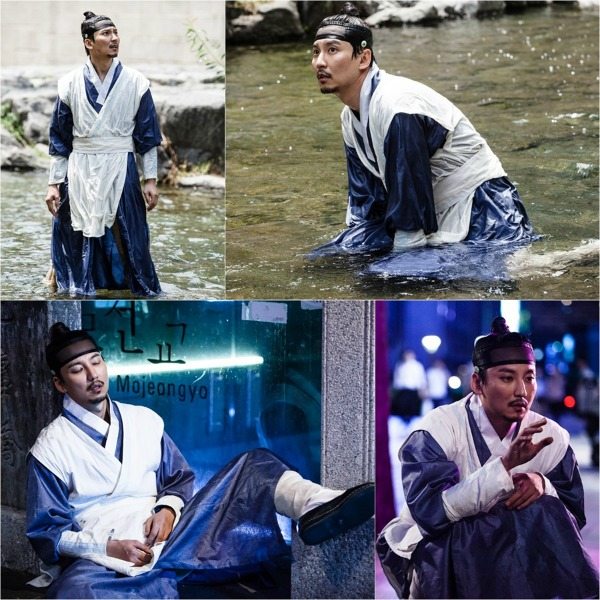 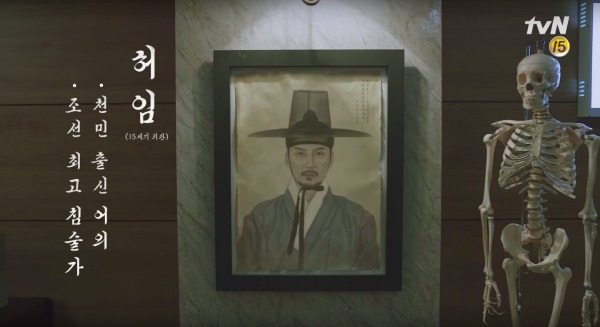 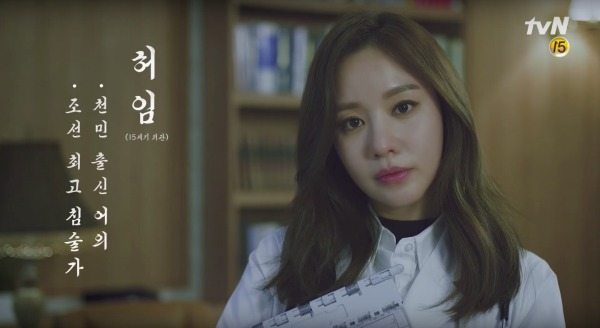 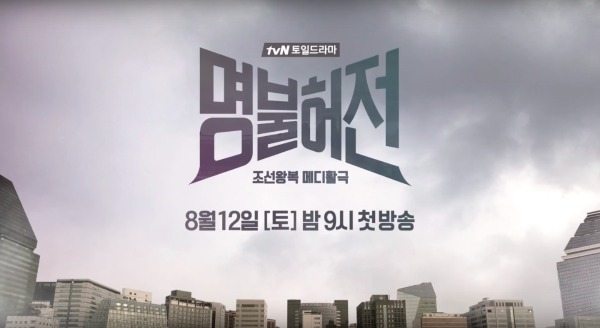 A time traveling acupuncture geeeeeenius anti-hero.....a lot to process there.

I mean, at least he existed in real life. Genius in context ;) Plus its interesting commentary on the current tensions between Western medicine vs. traditional, naturopathic practices #shrug

Time travel is one of my catnips, so I'll have to tune in...
... but any references to acupuncture remind me or Horse Doctor (shudders)

I haven't seen horse doctor, from your reaction I guess I want to keep it that way, hah, but the 'old school doc' makes me think of dr jin delivering babies. (Shudders with you)

I've just been finding out about Heo Jun so it will be interesting to learn a bit about Heo Im.

oh. well it is not a zombie, but he is poking people with needles.
I must say I am not sure if I´lll watch this, cause poking with needles is, um... I dont really have a high trust in acupuncture. perhaps it is unreasonable but it has always seemed too outrageous for me

I'm really digging the vibe of the stills. They both look kind of struck by each other in a really good way and I love that!

Also, time-travel and fish out of water shenanigans are always fun, until the angst hits.

Regardless, I think I'm checking this out. For the first few episodes at least!

Yay! I'm looking forward to this. Kim Ah Joong and Kim Nam Gil look even better together than I thought and I'm here for KNG serving up comedy. Should be fun! Loved KAJ little raised eyebrows and smirk into the camera. I feel like I have such a good idea of what her character is going be like from that alone.

Okay, so we know that Heo Im died but does KNG have to die??? #saveKimNamGil

Is there anyway to break the Kim Nam Gil death curse?

I'm extremely entertained by this premise.

What are you talking about guys? Forest Of Secrets will never end! *denialstage*

I love this pair !
Definitely watching this drama

That plastic surgery face tho...

Same. I couldn't take Wanted seriously because of the actress' duckface.

Oh you guys. She still look like a human, right? Don't watch kdrama if you're so selective about natural and non natural face. I'm not supporting a PS but it doesn't qualify us to insult them in anyway.

Anyway, having a plastic face is better than plastic heart.

LIVE UP TO YOUR NAME is giving me the vibe of a hybrid of HTIAF (FAITH in reverse) x YONG-PAL x ROMANTIC DOCTOR, TEACHER KIM x film WOOCHI. As long as I don't get Jinn'd (with or without a gummi brain fetus), it sounds like fun. ;-)

Seriously though, I enjoyed GU AM HEO JOON, and look forward to learning about his contemporaneous acupuncturist colleague.

despite of how much I love KNG but I don't want Hwang Shi-Mok leave from my screen. Not this soon.

Woah.. such a great summer with CM and this one..

I have only seen Kim Ah Joong in her old movie 100 Pounds Beauty, I hope she'll do good enough here

Interesting! This could be very good. Or very very bad. lol.

I think if he gets squeamish with a knife on the skin, wait till he sees the saw they use to crack open the chest, and how they all start touching and holding the heart!
Should be really entertaining at the least! XD

Will it turn out to be like Dr. Jin? Hope this will be good.. Will wait for the first episode