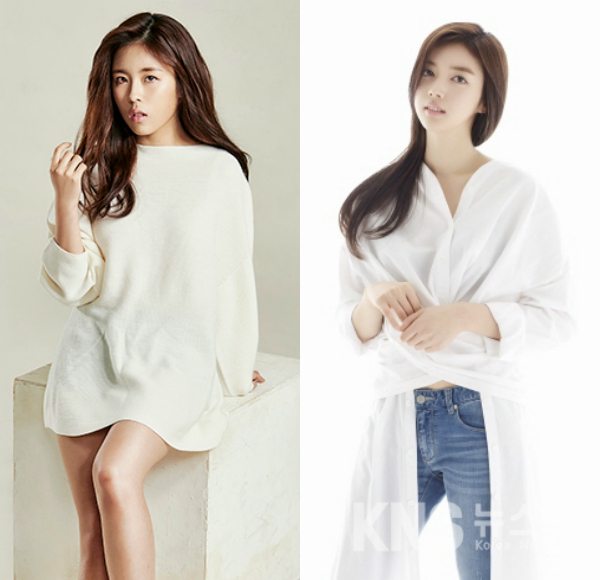 The novel-based drama Lingerie Girls’ Generation is continuing on its casting roll. Recently, Cosmic Girls’ Bona (The Best Hit) and CN Blue’s Jong-hyun (My Only Love Song) were offered the lead roles. Do-hee (Mirror of the Witch) has now confirmed the drama, and rookie actress Chae Seo-jin (Will You Be There, My Brilliant Life) also signed onto the cast.

Set during 1970 in Daegu, Lingerie Girls’ Generation tells the coming-of-age story of a group of female high school students and their struggles with romance and growing pains. Bona’s character is a high-energy girl who is the leader of the tight-knit fearless foursome. Do-hee will play a fierce school gang leader who is the sworn enemy of Bona and her friends.

I’ve liked Do-hee ever since her debut in Answer Me 1994, where she was an unexpectedly ferocious fangirl underneath her shy exterior, so I’m looking forward to how she’ll play this character. Chae Seo-jin (real name Kim Go-woon) has been perhaps better known as Kim Ok-bin’s little sister, but has taken on a stage name to stand on her own; she got her start in the 2006 drama Over the Rainbow, where she played her sister’s younger counterpart. Since then, she’s participated in several films and web series, and Lingerie Girls’ Generation will be her second TV drama project.

PD Heung Seok-gu (Golden Cross) and writer Yoon Kyung-ah (Medical Top Team, All About My Mom), who collaborated on the makjang mystery drama Perfect Wife, will be reuniting for Lingerie Girls’ Generation. The eight-episode drama is slated to air on KBS after School 2017 ends in September.

Nice to see these alyoung actresses get more exposure! I'm looking forward to them but I wish both leads would decline the roles, I'm tired of idols being leads when they are mediocre at best

If anything, Chae Seo-jin should have been the lead. At least going by her performance in "Will You Be There?".

Do-hee already has satori down, this should be a breeze for her.

8 episodes? Come to me, my genderbent White Christmas.

Why does Dohee become the lead's sworn enemy? I thought she was going to be in the same gang T.T

I'm happy to hear that Chae Seo Jin is joining the cast. I wanted to see more of her, so I'm glad that she's getting active with a tv drama.