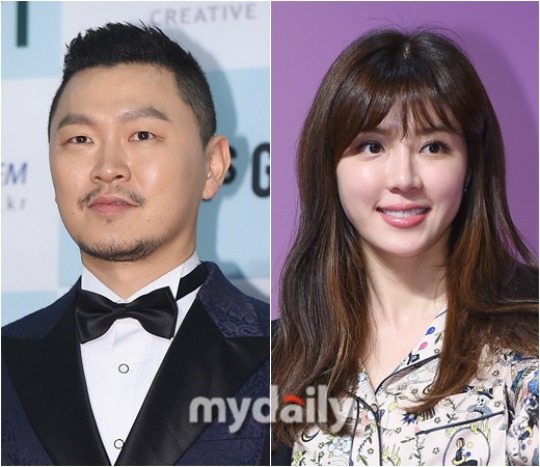 MBC’s Borg Mom (formerly known as Our Mom is Recharging), the variety-drama project that was previously announced a couple of months ago has already lined up its main cast and is gearing up to start filming soon. The show will be helmed by former We Got Married PD Sun Hye-yoon, and I hope her experience in variety will help her inject more of that side into the show than past variety-drama projects have done to date.

When the first reports for Borg Mom were released, the plot descriptors were quite vague and said that the show would center around a strange neighborhood and its quirky inhabitants. I’m not sure what I was expecting exactly, but it certainly wasn’t this: The show will follow a genius inventor who builds a humanoid robot that looks like his late wife. The titular ‘borg mom will enter the bizarre world of snooty, socialite mothers as the inventor’s son enters an upscale kindergarten, hilariously named Buckingham Nursery. Borg Mom will cast a critical eye on the ridiculous excess of the upper class and their obsession with status and wealth, while also bringing the comedy as our robot disrupts their airs mid-snipe.

Yang Dong-geun (Missing 9) will play the inventor dad, who’s one of those aloof, but really warm-on-the-inside types. Yang apparently liked the script so much he agreed to join the show nearly as soon as he read it. I’ll always have a soft spot for the rapper-actor because of his part in early 2000s sitcom Nonstop, and though Borg Mom isn’t technically a sitcom, the premise is wacky enough that I think he’ll be a great fit for the show. Park Han-byul (I Have a Lover) will portray the titular borg mom, who has perfect looks and brains but absolutely no flexibility in character. I haven’t seen any of her dramas since 2006’s Fantasy Couple, but I’ve heard good things about her acting in recent years, and I’m pretty excited to see her robot character take on the Gangnam mothers. 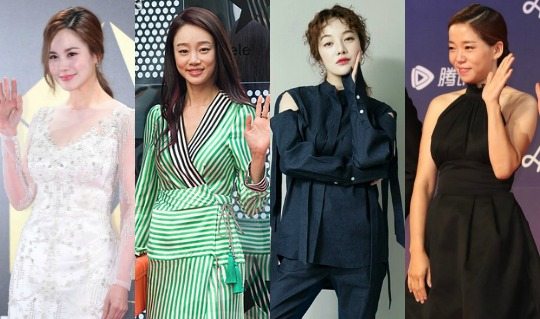 Borg Mom has also cast the cadre of high society wives and mothers that rule Buckingham Nursery, and their character names are cracking me up: Singer and musical actress Ivy will play the ice-cold queen bee of the Buckingham mothers, called Do Do-hye, which literally means “haughty.” Choi Yeo-jin’s (On the Way to the Airport) character, Bu Ti-na, or “upscale feel” in Korean, is a show-off who needs to add English to every sentence in order to feel satisfied. Hwang Bora (Blow Breeze) will portray a former girl group member who’s now a social media addict. Her name is Gu-seol Suzy, which translates to a hilarious “gossiping Suzy.” This group of mothers will be the subject of envy and admiration from Yoo Gwi-nam, played by SNL veteran Jung Yi-rang, who is desperate to join the club.

Also joining the cast is Choi Jung-won (Shining Eun-soo), who will play Yang Dong-geun’s trusted friend and assistant, and Kwon Hyun-bin, who participated in the second season of idol reality show Produce 101. Kwon will make his acting debut as a teacher at Buckingham Nursery, who is also the son of the kindergarten’s principal. He’s described as free-minded and full of hip-hop swagger as a result of having grown up abroad.

Borg Mom doesn’t have a premiere date nor a set episode count yet, but filming is scheduled to begin at the end of the month, so we can probably expect to see it on the airwaves sometime later this year. We’re going to see several dramas later this year with robots as the main leads (I’m Not a Robot and Are You Human Too?), so hopefully, Borg Mom manages to stand out from the pack. Let the not-quite-human hijinks ensue! 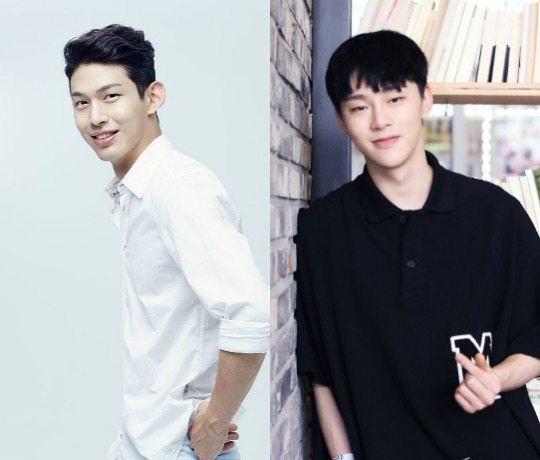 Later half of 2017 gonna be full of time-traveling, demi-god, zombie robots.

I miss the days when everyone was a lawyer.

As a fantasy/sci-fi fan, I'm loving it tbh lol. Even with the bad ones I'm glad they're trying something a bit different.

It fails to be different when everyone's doing it though. Right?

I'm a huge sci-fi fan, and time travel is my favorite sub genre. But the over-saturation of it this year has killed the fun for me.

Of course, that happens with every trend, but I guess a better way for me to put it is that when there are more shows centering around a similar genre I think of it as more chances to learn from mistakes, lol. I'm not sure that actually happens and it might just be wishful thinking on my part, though. I think that dramaland needs to further develop most of their sci-fi and fantasy concepts so I'm hoping that more attempts will eventually lead to more successes. But again, I realize that doesn't always happen!

Positive outlook!
I am happy that dramaland is taking risks by branching out into more sci-fi. Sci-fi dramas didn't really exist until this year.
It just annoys me when they don't use sci-fi mechanics as creatively as they could. But that'll come with time.

I thought the exact same thing with many fantasy dramas until last year. :) I thought that both Mirror of the Witch and Goblin did a much better job with world-building that many previous fantasy dramas. They were more, well, fantasy than some previous fantasy-"lite" dramas like YFAS. Hopefully the same will continue to happen with both fantasy AND Sci-fi dramas!

I know there is bride of the water god, but who else is there?

Oh my god. This is one of those projects that sounds like it could either be a fun time or very, very, very terrible... as is usually the case with more outlandish stories. Count me in, at least for the first couple of episodes.

Sounds interesting. I'm still at sea what it means by variety-drama. Isn't it still a scripted with a set up premise and a plot?

WHAT??? This sounds like so much fun. But why is the trend for the latter half of the year robots? What sparked that?

I ask myself the same thing with every sudden trend. Did one person start developing a robot story idea and several others caught wind of it and thought, "Hey, that sounds pretty dope, we should do that, too!"? Are all drama writers actually telepathically linked and suddenly come up with similar ideas at the same time? It just makes me laugh when it happens so suddenly and seemingly randomly.

I have a feeling it's more due to the higher-ups, the ones holding the purse-strings. I just assume that drama writers throw all sorts of ideas all the time and it's the broadcasters thst choose what they want. And of course they'll never have a dearth of info on their competition.

I love Yang Dong Geun ahjussi!
Park Han Byul quite annoying and hateful because of her character in IHAL so I think her acting skill improved.
And it's nice to see Choi Yeo Jin here tho I think she'll be perfect if she's joining with Han Ye Seul and RHK in their upcoming drama as bestfriend, but it's okay.

I don't really understand the concept of this variety-drama but I might at least check few episodes. I like Yang Dong Geun and as for Park Han Byul, she was good in I Have A Lover and in one daily drama that I forgot its title. I also like Choi Yeo Jin.

Han byuls acting is horrible. Her acting skills were doc bad in I have a lover. She can't act can't cry no feelings no emotions.Not interested in this drama.

Then she should be really convincing as a robot, right?

The bit about the highclass nursery and moms reminds of the japnese show Mother game which i really enjoyed. I became a fan of Fumino Kimura after this show.
Anyways, looks like robots are the new in theme for kdramas?

What, so, it's Heard it Through the Grapevine meets Humans?

Yang Dong Geun is always so good and we hardly get to see him lately except for cameos, so, great!

The setup sounds so much like 'Hamari babu Rajni kant',an Indian sitcom drama where the female lead is a humanoid robot and becomes wife of her creator for some reasons. Looking forward for it though!