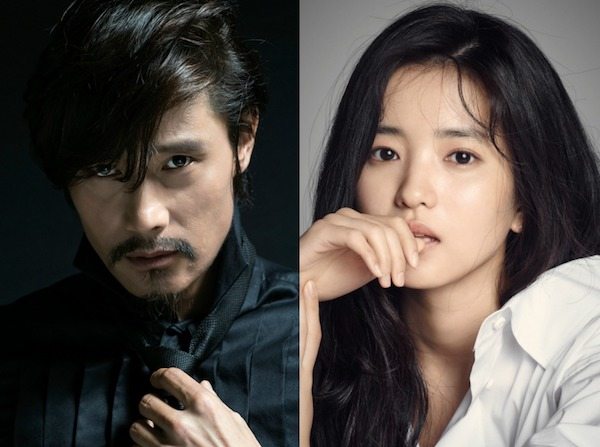 Soon we’ll be seeing Lee Byung-heon (Master) return to television through tvN’s Mr. Sunshine, after an eight-year hiatus from the Korean small screen. There were prior negotiations about airing the drama on SBS, but tvN won the battle for this coveted project from international hitmaker duo writer Kim Eun-sook and PD Lee Eung-bok, who collaborated together in the mega-successful Descended from the Sun and The Lonely Shining Goblin. It’ll take up the weekend timeslot, which has been good to tvN in creating a number of hits, such as Goblin, Misaeng, and the Answer Me series.

The story begins in 1871, during the first American expedition into Korea; a young Korean boy is boarded onto a U.S. naval warship and carried away. Years later in 1900, he returns as an American soldier to the homeland that turned its back on him. Having just wrapped up filming for his movie projects, Lee Byung-heon will soon begin transforming into this new character.

Actress Kim Tae-ri (The Handmaiden) will play his leading lady, an aristocrat’s daughter of one of the most powerful families in Joseon during that time. Complicating the potential love triangle is Yoo Yeon-seok (Romantic Doctor Teacher Kim), who plays a low-born man who flees to Japan to seek his fortune, returns to Joseon, and falls in love with Kim Tae-ri’s character. Byun Yo-han (Six Flying Dragons) and Kim Sa-rang (Beloved Eun-dong) have also confirmed that they have signed onto the drama.

Human melodrama Mr. Sunshine is slated to air as a Friday-Saturday drama on tvN in the early half of 2018. While it’s still a number of months away, tvN is pretty booked with anticipated big-name dramas to close out the year: Still to come this year are the Hong sisters’ Journey to the West-inspired drama Hwayugi later this year, writer Noh Hee-kyung’s cop-centered human drama Live, and PD Shin Won-ho’s prison dramedy Smart Prison Living. 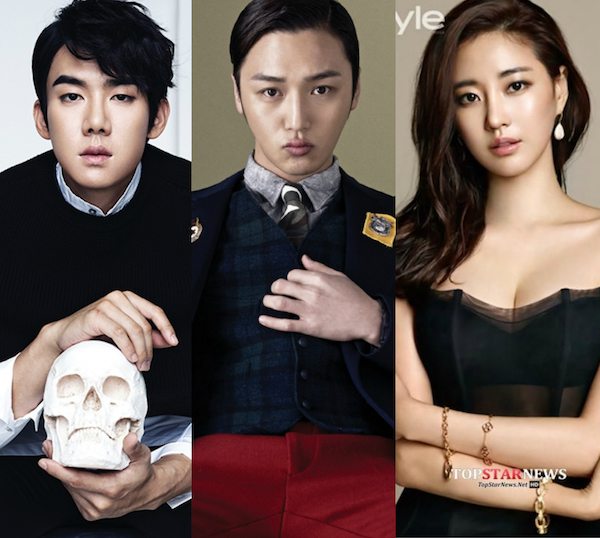 The cinematography will be beautiful but please don't make episodes that last more than one hour.
I'm anticipating several 2018 dramas !

Absosolutely! Episodes longer than an hour are inherently selfish. They try to monopolize our already scarce screen time so we cannot spread our love to other deserving dramas! ??>60??

If they made the episodes shorter, they could actually focus the budget into making the entire drama consistently gorgeous. The bloated blockbuster premiere for Goblin was the wrong approach.

If the story is good i don't mind it as per Goblin ex. even if the episode was longer like 10 min was recap or something so i just skipped that part,so in the end it was like 1h and like 10 min

But isn't every episode of most dramas essentially longer than 1hr by day 14 minutes?

The success of Reply 1997 gave birth to tvN's Fri-Sat 20:30 time slot (first given to Reply 1994) and its ridiculously long eps. I remember trying to binge watch my way through Reply 1994 in order to catch up with Reply 1988 before it's finale aired. I really don't know how I did it because it's the one Reply series I could've skipped. Cameos were truly the trophy for my dedication. I loved Reply 1988, but it didn't stop the length of it's eps from making it a chore to watch. Each episode was the length of a movie with the finale being 1 hour and 53 minutes long. Goblin just dragged. It had so much potential to be great. I wish there was more focus on the Goblin's just being a Goblin instead of the relationship with Eun-tak. The Goblin's backstory, the Goblin-Reaper bromance, Reaper-Sunny, and Samshin were the drama's saving graces.

lingering torn sentiments toward Lee Byung Hyun, but with this ensemble cast it looks to be a must watch for me....

I'll be watching this for Yoo Yeon-seok and Byun Yo-han!

Not a fan of Lee Byung-heon and have never seen Lee Tae-ri in anything before!

If I watch it will be for the history and for Yoo Yeon-seok and Byun Yo-han. I haven't seen the Handmaiden yet nor anything with Lee Byung-heon.

I've only seen Lee Byung-heon in Iris and I heard a lot of good things about Lee Tae-ri but didn't watch The Handimaiden because it isn't my kind of movie!

Man!
Another heartbreaking second lead syndrome coming through. I ain't healed from Chilbongie yet.

I'll never be healed from Chilbongie ??

I love love the selection of the male actors' pics in this post! Lee Byung-heon's lighting is void of needed sunshine which is perhaps appropriate for a tortured hero. Byun Yo-han's Zoolander face and manspreading is comedic gold. And how can Yoo Yeon-seok hold a human skull with such disinterested look, and where is the rest of the skeleton?

Has he been playing Hamlet?

I see. His disinterested look answers THE question with not to be.

The cast is solid but tvn really needs to keep those episodes down at max 45-50 minutes format and please don't be overly cheesy. Goblin tested my patience with the long run time and overuse of same shots.

tvN always tests my limits with their overly-long episode lengths. Bride of the Water God keeps annoying me when it goes over an hour, it simply doesn't need to be that long. I hope this show has good editors. :)

They're going to have to spin fast & hard to make a melodrama with that story description in that time period sound Mr Sunshiney.

Probably only watch for Byun YoHan and Kim Sarang if I even watch it. I loved Kim Taeri in the Handmaiden but with Lee Byunghyun as her leading man?

Ikr, but it's been a while since I watched Kim Sa Rang so maybe I need to check the 1st episode.

YaY, I want to watch it already, I loved goblin and I'm optimistic about it, like the show's name I feel that it will bring sunshine to our viewing experience ?

Excited about this but keeping my expectations reasonable. Definitely will watch.

I'm a little nervous about this drama - because, frankly, it feels like Kim Eun-sook has recycled a lot of elements from her most recent hits. The epic romance is to be expected; but with the Goblin age-gap and the Descended of the Sun war-zone scenery, I wonder how much of Mr Sunshine will feel fresh?

Considering Goblin's age gap is 920 years, maybe 20 years here does not qualify as a real gap in Writer Kim's mind. It was difficult for me to tamp down the ick to see my bias Gong Yoo (despite looking youthful in his late 30s) falling in love with a girl in high school uniform.

Exactly, that's why I could never enjoy Goblin. It's WRONG for a man in his late 30s to fall and start a relationship with a girl in high school uniform.

Idk.......if it's incredibly moving, I am perfectly happy to watch for as long as they want to film!! #bringiton #neverenoughgoblin

Byun Yo-han's picture is cracking me up so much.

I'm intrigued because I love love the premise and the potential for a great drama. This was the same feeling I had going into Goblin but sadly did not love it as much as others did.

Same wishes as the other beanies, better editing please and more solid, fleshed-out characters! Not the fan-servicey kinds!

I loved Goblin to bits but couldn't care much for DotS... And this is set in war-zone era too. I'd love some more exploration of this time period (Thanks, CT). Will prolly check out the first couple of eps. *cross-fingers it won't be 3 hour-long

You and I have the same sentiments exactly.

We must be drama-twins! haha

You know what they say about great minds...!

Really looking forward to seeing Yeo Yeon Seok on my screen again! But don't know if I'll be able to handle the SLS!

I already have SLS with Yoo Yeonseok! And the drama has not started yet! lol

You and I ARE twins!

Same but I totally understand the hype behind DOTS. Those OSTs ... Ddabong ?.

I was thinking of skipping this drama then I saw Byun Yo Han among the cast. Definitely will watch it!

I absolutely love that picture of BYH

Kim Sarang's dress is magnificent in that picture!

I wish Yoo Yoon Seok was the lead instead. T.T

The first thing they have to do is change the title.
Then, weed out the filler scenes, so each ep will run as a solid 45-50-min drama.

I really hope they make it shorter, I feel like it would make the drama 100x more interesting and intense with less unnecessary fillers.

maybe i'm the only one who don't mind about kim tae ri be paired with lee byung hyun,,hehe
they look good together in my opinion,,,? just can't wait to see it true or not hehe
honestly,i also prepare to have SLS toward yoo yeon seok ??

Kim Sa Rang ❤This lady is 40 y.o this year tho ? She really took long break from one project and another.

I hope Byun Yo Han & Kim Sa Rang will be another pair that we can root for. Can you grant my wish Kim Eun Sook writer-nim?

I think there is a mistake. Not Fri-Sat, it will air on Sat-Sun.

Okay, the casting sounds amazing. Will have to check this out. I bet we'll be surprised at how quickly 2018 will arrive, bringing this drama with it!

Hong Sisters, Kim Eun Sook AND a drama from Another Oh Hae Young writer + Signal's PD? It's time for TVN to make room on their shelves and open their pockets wide. They will most likely win most of the awards next year, but they'll need a big budget to pay all the stars that will be cast in these dramas. Good Luck to everyone!