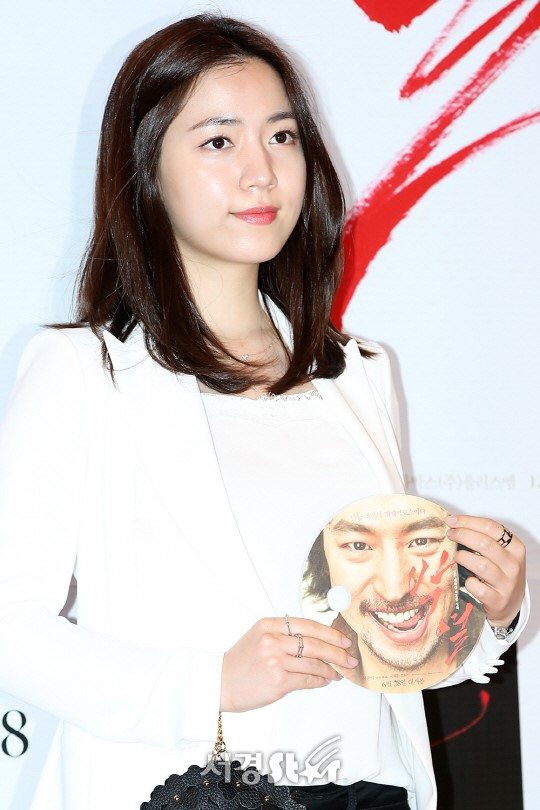 They’re skewing a bit young with these recent casting additions, aren’t they? KBS’s upcoming crime drama Mad Dog has an offer out to Ryu Hwa-young (Father Is Strange) to join as the sole female member of the titular investigations team that pursues copycat fraudsters who use fake insurance schemes to scam people out of their money. Yoo Ji-tae (The Good Wife) and Gong Myung (Bride of the Water God 2017) are also considering their offers to star as the team leader and genius professor of the Mad Dog team, respectively.

If she confirms, Ryu Hwa-young will play a former gymnast whose athleticism and flexibility helps her get in and out of tight spots while doing her investigative work. Her character is described as sexy, but she definitely has a badass side to her: She drives around a military-grade vehicle and is the first to jump into a fight with weapon-wielding criminals. How cool would it be if she was the muscle of the team? It might make up for the fact that she’s the only woman among the Mad Dogs.

Sexy definitely isn’t a new thing for Ryu Hwa-young—her characters in Ex-Girlfriend Club and Age of Youth had a sexy streak that was highlighted in the shows—but I hope she can also pull off the action part of the role as well. I think she’s a bit young to be playing an investigator, especially with Yoo Ji-tae as team leader; but then again, she’s much more believable than Gong Myung playing a Yale professor, so I’ll roll with it. Ryu has a very likable screen presence and I’m enjoying her current stint on Father Is Strange, so I’m hoping she’ll put in another good performance for Mad Dog if she accepts.

Mad Dog is slated to air on KBS’s Wednesday-Thursday slot starting in October, after Manhole ends its run.

Loved her in Age of youth and currently in Father is strange , I 'll be glad to see her in this drama :) + she can totally rock this character ?

More women in crime/thriller dramas pleaaaaase. So many just have 1 token female member of the team.

I really like her acting. I think She's fit for the role, she has played as an athletic woman before in AoY and FIS and we all know she can pull off the sexy too. I'm glad we'll get to see her more dispite the Scandal.
As for Gong I won't judge till I see him. I don't watch the bridge of the water god and so far I have a good concept of his acting skills. It will be a challenge for him for dure tho.

Yay I loved her in Age of Youth and now in Father Is Strange, can't wait to watch her in another role ^_^

This is increasingly sounding more like a spin-off to 38 Task Force than Bad Guys, isn't it?

that's what I immediately thought as well only this time the team is not made out of con artists :)

That's what I thought too, and I haven't even seen 38 Task Force.

I haven't finished it yet due to work and haven't gotten back to it or remembered it till now but what I did remember is that its an awesome series especially the group con they're staging with each illegal taxpayer. Go watch it :)

38 Task Force or the US tv show Leverage.

This role is just like another role she has done, just to add on the action skill. So I think she might do well and she physically is fit to become a sexy & badass woman.

It's just this drama is going for all young casts who are either not that talented or experienced, so I hope they will cast some veterans too as part of the team.

I cannot recognise 80% of the Korean new actors nowadays. And they keep on putting new faces as the lead. Maybe due to budgetconstraint? They should have a mix of dramas, with some shows helmed by the well known actors/ actresses to create the Wow factor. I just do not feel as enthusiastic about k dramas as before.

I think it is due to budget constraint, probably. I don't mind with new faces, but I prefer to see underrated talents who are far more talented and experienced in their spot. There is also drama with well known actors like Criminal Minds, but the reviews are not that positive. I get why you can't recognize them because they are so much, including idol turn to actor & model turn to actor. The competition is really strong.

I have to agree. I only follow Kdramas not kpop, so I don't recognize most of these idols turned actors. Also, with a decrease of k dramas on Viki and Dramafever, and similar storylines lately either about detectives, lawyers, or doctors, my enthusiasm about Kdramas is also dwendling.

Going to echo what other beanies have written. I'm excited because I love her in "Age of Youth" as well as "Father is Strange". I, too, think she can really pull off these fierce, sassy, and sexy role. My minor concerns are that she's a bit young and she's playing lead role alongside Yoo Ji Tae. I just hope that she can deliver a strong performance since it's Yoo Ji Tae. That man has such a strong and charismatic aura.

Uhh idk how I feel about this. For one he's 20 years her senior. But on the other hand I would love to see her being badass. I hope the rest of the cast is older as a way to balance it out. #ahjummasdeserverolestoo

The role described above reminds me of Jeon Ji Hyun's role in The Thieves. I don't think it necessarily means she's gonna share a loveline with Yoo Ji Tae (though I think she'll be able to handle it, remember her strange-at-first ahjussi relationship in AOY) and Yoo Ji Tae is competent and charismatic enough to pull it off.

Still, she just may be the keys of the team, like they have eyes(spies, espionage) and crackers(keys, smuggling) and so forth.

I would have love to see Lee Sun Bin in this drama. She makes a perfect heroine in crime/thriller genre. Sun Bin is so underutilised in Criminal Minds...

Nana too. I love her in The Good Wife.

I like the casting of Hwa-young. She does have a more athletic build than a lot of actresses and can fit both the roles of sexy lady and action heroine.

I hope this is truly an ensemble type of drama!

I'm into this, she's been solid in everything I've seen her in so far.

YESS!! After watching Lookout, she's perfect for the role

Lee Si Young is getting married and having a baby!!!!

She will be perfect and will look sexy, effortlessly.

Doesn't she kinda look like Park Shin-Hye in this picture?

"She drives around a military-grade vehicle and is the first to jump into a fight with weapon-wielding criminals" - Hwa Young for this role please, I hope she accepts :) On the other hand Gong Myung??

I actually like her in Father Is Strange although she does have a bad rep cos of her ex idol group. I wouldn't mind seeing her again. I missed Yoo Ji Tae!

wah.. she looks so much like park shin hye.. cute

love her in age of youth and father is strange. A great actress

Hmmm I don't know how I feel about this. I mean she's okay I guess but If Yoo Jitae does accept the role I kind of have higher expectations? I won't judge until I see it on screen, but I'm just not as excited as when I heard about Yoo Jitae lol

I am happy to see her expand her resume by handling a variety of roles. She's a natural actress and shines in everything I've seen her in, Ex-girlfriend club, Age of Youth and Father is Strange and a variety of web dramas. I'll be looking forward to see what she can bring to this character

I'm really enjoying her in Father is strange and no doubt she can do well in this drama...Unni fighting✊