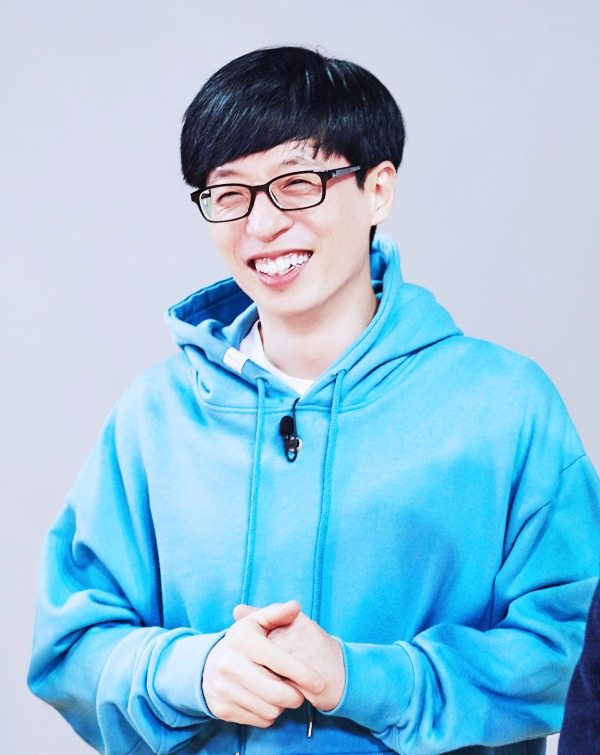 Well, this is interesting: It looks like dramas aren’t the only Korean medium Netflix has taken an interest in. The online streaming service is currently planning a Korean variety show for its platform, and is in negotiations with “national MC” Yoo Jae-suk to join as part of its lineup. Netflix has already recruited veteran PDs Jo Hyo-jin and Jang Hyuk-jae to lead production on the show, the concept of which is described as mystery, as in a whodunnit kind of format.

If you look at the two PDs’ credits, it’s easy to see why Yoo Jae-suk was approached to take part in the project. Aside from being one of the top comedians and MCs in Korea, Yoo Jae-suk has worked with both PDs on SBS variety programs X-Man and Family Outing, and Jo PD was also part of the Running Man crew until late 2014. I wouldn’t necessarily say that rapport between the cast and crew is essential to a good variety program, but it’s always fun to see them interact comfortably onscreen. Na PD is probably the best example of that, but I do remember some cute scenes between Jo PD and the Running Man cast before he left the show, and I think he even had his own fan base, hilariously. Hopefully, that dynamic can be replicated and helps make this newest project a successful one.

We also have some cast members up to potentially join Yoo Jae-suk, and it’s an interesting mix of old and new faces to variety. First, we have Big Bang’s Daesung and Lee Kwang-soo, which would be a lot of different reunions at once. Daesung was a cast member of Family Outing, where he was one half of the Dumb and Dumber brothers with Yoo Jae-suk. They were one of my favorite combos of that show, both a little timid in front of stronger “family members” like Lee Hyo-ri, but also good-naturedly passive aggressive and easily swayed. And Lee Kwang-soo, of course, has been the giraffe to MC Yoo’s grasshopper for the past 7 years on Running Man. Dang, I can’t believe it’s been that long already.

The other two candidates are a bigger variety question mark. Park Min-young (Seven Day Queen) and Ahn Jae-wook (Five Children) have both been approached to join the new Netflix show, and while both are pretty well-established in dramaland, I haven’t really seen them do much variety so I’m not sure what to expect. I know Park Min-young recently participated in the tvN reality show Candy In My Ear, which paired her with Lee Jun-ki, but I think that was more of a single-concept series where they basically just talked to each other over the phone. Similarly, I’ve seen Ahn Jae-wook on panel shows like Abnormal Summit and My Ugly Duckling, so it’s hard to see whether he’d be a good fit in a more dynamic variety setting. I’m always down for new blood in variety, though, so I’m being optimistic that they’ll develop a distinct variety persona and some cute and funny relationships with their castmates.

To be honest, it’s a little comforting to see some familiar faces and talent behind the production for this project, since it’ll be Netflix’s first venture into Korean variety. I’ll be interested to see whether the platform will have a direct tonal impact on the show itself, or if we’ll get something more akin to what we’re used to seeing in Korean variety. Above all, though, I’m just excited for the potential reunion-palooza between the PDs, Yoo Jae-suk, Daesung, and Lee Kwang-soo, ‘cause X-Man, Family Outing, and Running Man (especially the early years) were some of my favorite shows ever, and to have them all come together like this is bringing out the high-schooler in me.

Negotiations with the potential cast members are ongoing, and Netflix is planning on releasing the as-yet-untitled show sometime next year. Now, off to watch some old Family Outing clips! 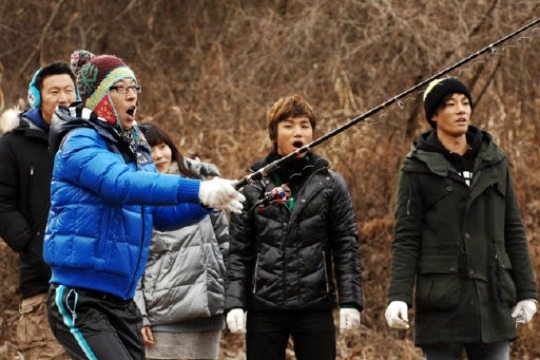 Yoo Jae-suk and Lee Kwang-soo have me sold if they join this project. If it does get produced I will at least give it a look see. Running Man is my favorite variety show, and those two are my favorite characters. I also watch Abnormal Summit and saw the episode with Ahn Jae-wook, he was pretty entertaining. But this sounds completely different though. Guess we'll have to wait and see.

According to other sites the show will have only 7 members:
Jae Suk
Kwang Soo
Daesung
Park Min Young
Ahn Jae Wook
and then they want to cast 1 female idol and 1 male idol ( i think they are doing castings right now, thats why they can say their name)

The show will begin filming in september and Kwang Soo will begin filming for his drama "Live" this month too. I think it's really crowded for him, filming a drama and filming Running Man and then this new show at the same time, and dont forget that KS and SM are going to their punishment in Indonesia this september too. i hope he accepts the offer but i think he will be exhausted in the end.

I will watch it for the Nation's MC and Asia's Prince. Also love PMY since City Hunter so yay!

Kwang Soo will be busy and tired, his drama begins filming now, and he's filming Running Man and now this new show.

YJS is so handsome (for me at least)!!! So excited to watch this. LKS will be so busy filming RM, his drama and a movie plus this! Our Girin has really come a long way.

KJK and HaHa also has a variety show in store for them. I hope they don't quit RM.

I'm sold with having Yoo Jae-Suk, Lee Kwan Soo and Daesung in one show, love these 3, one of my favorite pairing was dumb and dumber in Family Outing,so to think I will be able to see them again together feels like a gift.
Plus our giraffe in the mix is perfect.

Glad to see Daesung back to reality show, and with Yoo Jae Suk at the top of that??? The duo dumb and dumber is back XD
now that we have Kwang Soo too, would they be the trio dumb, dumber, and dumbest?

Oohh I would love to see Daesung and Yoo Jae Suk reunited!

I remember hearing that Park Min Young wanted to try more variety gigs. I really became her fan after watching Seven Day Queen too so I wouldn't mind seeing her here.

Awww I miss Family Outing, but I miss X-Man even more! This sounds fun.

Yoo Jae Suk, Daesung AND, Kwangsoo!! I'm so in. Sign me up. Plus PMY is bae as well

I wonder how Netflix's hand will shape this variety show. Will it be "Americanized" in an attempt to reach a wider audience, or will they let the PDs have complete control?

Ahn Jae-wook is actually quite well-known for being funny! He's very blunt and straightforward. He's like the type who'll lightheartedly call out people overcompensating for a laugh, for example, which imo is an important character in Korean variety ensembles.

Park Min-young is pretty in the photo hehehe #fangirl

Dumb and Dumber are back! Along with Kwang-soo, they can be the "babo trio". It'll be great if the Family Outing/ Running Man members can make guest appearances (we will have a return of Stepmother Kim & Chunderella/ Spartakook & Haroro!).

OMG, Stepmother Kim and Chunderella! They were also a fave of mine! This is making me wanna re-watch FO!

family outing is one of the best variety show ever!
glad to see some of the members~
remember watching them in collage years....

wow this is interesting news! I hope it goes well and I wonder how the concept will differ from a show like crime scene. Branching into netflix is risky, but with jaesuk and kwangsoo I have faith in them making it humorous. No joke I had mad Family Outing feels the other day and rewatched so many episodes. Still funny after the 20th rewatch?

also i remember PD Jo! I was so sad to hear he left RM in 2014, it was fun to see the RM cast laugh and joke with him, something I'm seeing more of in recent RM episodes too with the newer PD

I noticed a bunch of k-variety shows popped up on Netflix this summer—Abnormal Summit, Ask Us Anything, Hidden Singer, and others—and I thought that was kind of odd (awesome, but odd). Makes a lot more sense now! Guess Netflix wants to have a selection of variety shows on the platform already to keep viewers watching.

YAY FOR KOREAN ENTERTAINMENT ON NETFLIX!

Oh my Gosh, I loooooved the Dumb and Dumber brothers! Please let Daesung come back to variety! ♥ Also, Yoo-nunim is always ♥