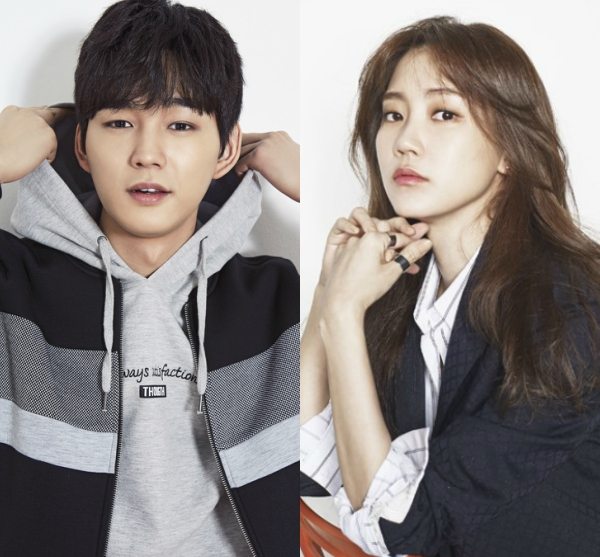 There’s been a bit of a cast and crew shakeup over at KBS for the planned sequel to this year’s amateur sleuth series Mystery Queen. Now, before anyone panics, Choi Kang-hee and Kwon Sang-woo will be returning to reprise their roles as the ajumma detective and her gruff partner, which I was relieved to hear, since sequels turning into spin-offs isn’t an uncommon occurrence in dramaland. However, we might see a shift in the show’s look and feel with a new director at the helm and several supporting characters being replaced.

The first season’s director, PD Kim Jin-woo, has signed on to direct the upcoming Suits adaptation starring Jang Dong-gun and Park Hyung-shik, so he will be unavailable to work on the second season of Mystery Queen. Fortunately, PD Choi Yoon-seok, who has a joint director credit on Chief Kim, has come onboard to replace PD Kim. I really enjoyed the tone of Mystery Queen’s first season, which had a bit of a quirky, light noir feel, so I’m sad to see PD Kim go, but I also really enjoyed the wacky, full of ad-libbing Chief Kim. It’ll be interesting to see how much of the tone will change with PD Choi.

I’m a bit more disappointed to hear of the casting changes for the upcoming season: Lee Won-geun and Shin Hyun-bin are reported to have dropped out of the show. Shin Hyun-bin played the shady lawyer with shifting loyalties who almost succeeded in forcing Kwon Sang-woo to get engaged to her last season. And of course, Lee Won-geun played the adorable puppy officer-turned-detective who very nearly hero-worshipped Choi Kang-hee’s ajumma sleuth.

It’s unclear whether their characters will not return for the second season, or whether the actors will simply be replaced, but either way, I’m pretty sad to hear that Lee Won-geun won’t be coming back. He had a really cute rapport with both Choi Kang-hee and Kwon Sang-woo, and I’ll miss him trailing after the ajumma detective like a duckling and pettily arguing with the veteran violent crimes detective over couple pajamas.

Mystery Queen 2 is tentatively scheduled to premiere in mid-February, which means there’s still some time before production really gets underway. In the meantime, I’m going to be over here re-watching clips of Lee Won-geun and Kwon Sang-woo as bickering roomies. *tear* 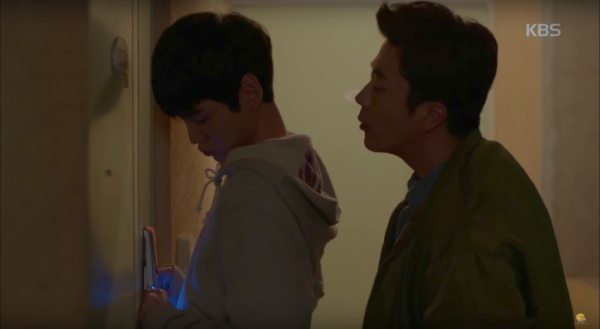 Now that a second season has been announced it might be time for me to check out the first one.

I was soooo happy seeing the news yesterday about the Season 2 and that the main will be back but i'm a bit sad,ok,a lot more, to find out puppy won't be back!!!

I hope the pain will be mitigated soon by finding out that Lee Won-geun will be headlining his own drama. I want to see more of his crinkly smiles ala Sassy Go Go on my screen.

Not a full flashed drama but he does have that webdrama with Sooyoung so he will be back somehow on our screens :D
I'm also anticipating the moment he will get his own lead role in a great solid drama,maybe 2018 will be the lucky year...

Well, Ji-soo hasn't done anything since Strong Woman, so it's about time ~_^

Yaayyy the queen of mysteries seol-ok is coming back!!!

Oh no i really liked lee woo geun's character as a rookie detective,he was so adorable..

Well, whew anyway. It wouldn't be the same nor would I watch if Choi Kang-hee and Kwon Sang-woo weren't there. Their chemistry was adorable.

Sad about Lee Won-geun's character, but I hope that they resolve his character arc/give him a good send off to ease the pain. I hope that his superior and co-worker from the police station stay on though! I'd hate to see them leave.

Nooooooo... how can the trio be complete without our puppy officer??! Who else is gonna worship ajumma.. get mad at Sang woo on her behalf and have an adorable couples bickering relationship with Det??! Lee won geun was perfect for the role.. ! Joining @tipsymocha in rewatching clips!

Oh well.. at least they haven't touched our fascinated -by-the-morbid duo..! I wonder if the fancy profiler will be back to induce petty jealousy?! Kwan Sang woo is best while being petty (& pretty .. also need more of his haunting singing)!!

Glad to hear our leads will return!

Already wondering what changes will be made by the new director regarding "the look" (colors, lighting) of the drama.

Aww, he will be missed! Was having so much fun matchmaking his character for the sequel, won't be the same if somebody else played him. Won't be sad to see Shin Hyun-bin's character gone tho.

I'm glad our OTP are still on, but feel sad about the director change (I love the look and feel of Season 1) and Lee Won Geun not coming back.

11 HANI who will remembers Ohje

awww... I really look forward to seeing LWG with our leads. I hope they just promote him to somewhere and introduce new character, not cast someone else to his character.

Noooo :( I want them ALL back!

What about Inspector Woo? T____T

14 giocare is finding her way to terius heart💖

Sad to hear Lee Wongeun dropped out (puppy!!!!) but I don't think I will miss Shin Hyunbin very much. She is not a bad actress but she was grossly miscasted for the show. I literally rolled my eyes every time they played the trope where the beautiful, sophisticated lawyer casually strut into the room. Her posture is quite bad, her walk on high heels is very unstable, and her makeup is patchy -- the charisma was nowhere to be found. Her role also has zero depth or growth.

I just let out the loudest scream of the day when I read this. OMG. Though it still saddened they couldn't score the whole casts and crews but as long the original main leads are onboard, Imma happy camper

happy me...i loved first season for the awesome bonding between the leads and hope sequel will have same feel and tone to it.
looking forward to mid feb..

I. Cant watch this season two without that two lee won geun and shin hyun bin its too boring for without them i waiting for season two but this two gone im not interested anymore...

I want officer Hong too😫😫