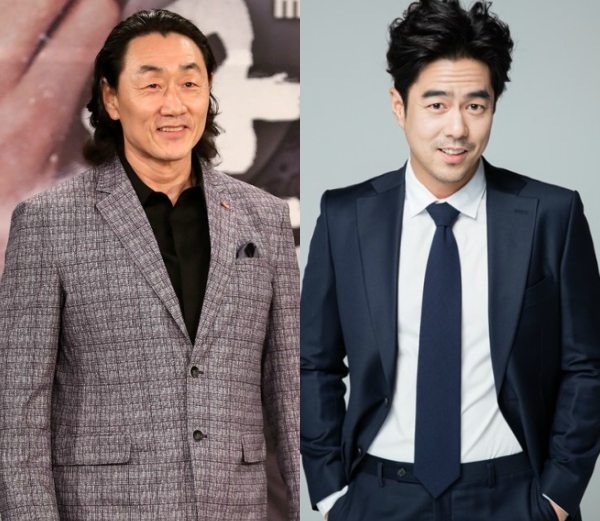 We’ve got quite a few updates for Netflix’s zombie thriller Kingdom, the newest show from Signal writer Kim Eun-hee and directed by film director Kim Sung-hoon (Tunnel, A Hard Day). Filming is scheduled to start in mid-October, and is planning to extend through February, so production is looking to firm up its already impressive cast. Up to join Bae Doo-na (Forest of Secrets), Ryu Seung-ryong (Dorihwaga), and Joo Ji-hoon (Asura, Mask), are Heo Joon-ho (Ruler–Master of the Mask) and Jeon Suk-ho (Strong Woman Do Bong-soon).

Also, it’s been recently reported that production is planning for Kingdom to have a three-season format, which is quite exciting. This is more than enough to make up for the earlier disappointing news that the first season would have a shorter episode count at six episodes, rather than the previously planned eight. I’m normally ambivalent to the idea of multiple seasons, mostly because I’m impatient and hate cliffhangers, but if it means film-level quality and tightly-plotted seasons with plenty of time for producers to perfect their product, I’m all for it.

So far, there have been little details given about the characters the actors are up to play. For now, all we know is that Joo Ji-hoon will play the crown prince who launches an investigation into a mysterious plague that is tearing his country apart. He discovers that this “plague” is actually a zombie infestation, and will simultaneously fight to bring the truth to light and ward off the zombies threatening to destroy Joseon.

Like Ryu Seung-ryong, I can easily see Heo Joon-ho playing either a good guy or a baddie in the show. He’s been excellent at both in past projects, and he brings such gravitas to his roles that I’m sure he would make for a towering figure, whatever camp he’s in. Jeon Suk-ho is similarly adept at believably taking on diverse roles, though he’s been the most memorable so far as the long-suffering secretary in Strong Woman Do Bong-soon. I’m not sure whether comedy will factor into Kingdom at all, but it might be nice to have some lighter moments among all the destruction and the undead.

We might be in the last quarter of 2017, but next year sounds so far away when you’re talking about dramaland! Netflix is planning to release their first original Korean drama Kingdom sometime in 2018.

Anyway, I probably won't be watching this particular kdrama as I'm not into anything zombie. But if Netflix produces a good rom-com kdrama then count me in!

not into zombies? you must try my new zombie-flavored cookies, they´re deliciousarrrrr

Do they have a flaky crust, maybe a red or purple gooie center?

I know, I know. My viking ancestors would disown me. They'd probably tell me to take a long walk off a short pier.

Any chance of garlic, onion, and horseradish seasoning that pairs well with extra-sharp cheddar and a nice, robust red, such as merlot?

Or would romano work better than cheddar? Hmmm.

Oh my gosh girl. Your island people will disown you too lol.

sure, sure, just pour cheese over everything, pour every kind of cheese, fine, satisfied now? No fish. *adds more cheese* gosh, these folks....

I am not into anything zombie so I probably won`t be watching either but I am feeling so conflicted because I like the writer, the cast.

Oh yay! I was hoping they went for shorter episode count to make way for multiple seasons. :)

This sounds like the BBC's manner of producing fewer episodes per season than US broadcasters. Quality vs. quantity. (No offense, NCIS. I still love you, Agent Gibbs.)

I'm reminded of Inspector George Gently, who was definitely worth the wait between seasons. (Yay, Martin Shaw!)

The power of Bae Doona~~~

Seriously though, it's about time Netflix made a serious investment in their foreign content.

I'm not sure I like the sound of multiple seasons drama, but since they already planned it beforehand maybe it will be a good move. I'm all on board for the excellent casts, though, and my fave writer Kim Eun-hee.

I'm skeptical of anything Netflix does. Haven't been impressed so far, esp when they've gotten their hands on Korean material and try to put a shallow American pov on it. But I'm such a fan of Ju Ji hoon...
Not Korean, but Netflix is making a series by my favorite British sf author, Richard K Morgan, called Altered Carbon. It's supposed to be fantastic so I'm looking forward to that one too.

I'm both happy and worried. Does this mean that signal season 2 will be three years from now? I remember the writer saying that after Kingdom was done she was going to work on Signal season 2. If it's three season it will most likely take three or more years :(.

I hope this doesn't mean that SIGNAL2 is fading out...

@blueribbon, i know right? I was just thinking the same. Wen r we gonna see signal 2? Is there still a plan 4 it writernim😓

Count me in. There are Heo Jun Ho ahjussi, Bae Doo Na and Ryu Seung-ryong.

Hey, redfox! It looks like Namja Ramyun will be introducing a new flavor! Ryu Seung-rong is all set to film another commercial. ;-)

Just think of the PPL possibilities...

Heo Jun Ho works at out at the gym I do and whatever support I had for him is completely gone. While he was taking a break from the weights I approached him, said hello and told him I enjoyed watching his show. He looked at me and in an extremely condescending way asked "who are you"? and then walked away. I'm Korean and fluent too so I addresss him politely in Korean so when I experienced his response I was a bit shellchocked. I wanted to show support for a Korean celebrity hoping it would give him some encouragement to le him know that there are people in the US that support Korean entertainment. I don't get fan crazy when I see celebrities as I've seen plenty living in LA. The only two celebrities I've approached were Magic Johnson and Tony Gonzalez. Magic was a childhood sports hero and a Tony Gonzalez is a HOF NFL player and alum from my Alma Mater. They were both gracious and super cool. And my experience with them made me support them even more. Even went out and bought their old jersies. Heo Jun Ho who isn't even 1/1 millionth of what they are was a piece of shit. These are times when I'm ashamed of my own culture. Needless to say I won't be supporting a person like that.

Seems a bit much to call him a "piece of shit" for something so inconsequential. He was probably just taken aback since he was working out at a gym or is just extremely private. Just because you said 'hi' doesn't mean he has to say anything in reply. He doesn't owe you anything. Besides, what if he was just having a bad day? This says more about who you are as a person when you call someone you don't even know a "piece of shit" for no reason.

You're right about one thing...he doesn't owe me anything. But you're also wrong about another. When I treat someone with kindness and respect I don't always expect it to be returned with enthusiasm or even in kind but I also don't expect to be treated in such a patronizing way. When you're a public figure your actions will be more closely scrutinized and held with greater accountability. My experience with him was mine alone and you judging me that I can't have those feelings based on my experience seems a bit of a reach. Your response to me says a lot about you as a person when you belittle the experience of a person that you don't know and take it even further and make a character judgement. That was "MY" experience. When you try to pick a needless fight or make needless character judgements you should take a good look in the mirror.

Are you sure he is Heo Jun Ho ahjussi?

I'm 100. Honestly I was really taken aback by the experience it wasn't just what he said but his overall body language.

The cast looks pretty great and signal was well-written so I have high hopes for this. I'm not into zombies but I'm sure they can make it interesting

Looking forward to Joo Ji-hoon and multiple seasons!!!!
I also have a lot of hopes for the storyline because of the writer, she did a extraordinary job with Signal BUT until now only ONE WOMAN WAS CAST??? Really? I hope we'll have multiple kickass female characters and not ONLY ONE!!!