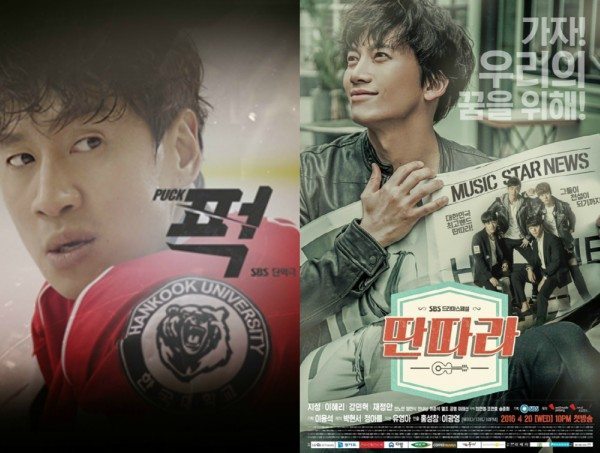 There’s some good news and some bad news for SBS’s late fall lineup: Production on Flying Trapeze, the adaptation of the eponymous Japanese novel starring Park Shin-yang (Neighborhood Lawyer Jo Deul-ho), has been indefinitely delayed, and will not be able to make its scheduled premiere date in November. Thankfully, though, the station is already in talks for its replacement: The new legal drama Nothing to Lose is being considered as a contender for the slot.

There’s not much available in terms of plot for Nothing to Lose, and it doesn’t seem like the show even has a writer onboard yet, let alone any actors. But we do know that the show will be helmed by PD Lee Kwang-young, who has a co-directing credit for last year’s Entertainer and also directed the drama special Puck! starring Lee Kwang-soo. I haven’t seen either of those shows, but the Entertainer credit on his resume makes me slightly wary. From what I understand, a lot of the criticism surrounding the show had to do with the writing and casting, so here’s to hoping the show’s overall quality isn’t entirely indicative of his directorial talents.

I’m also quite disappointed that we won’t get to see Park Shin-yang in Flying Trapeze as an irascible, bizarre psychologist going around treating patients with some of the strangest illnesses I’ve heard of (see: doctor with an obsessive compulsion to rip the wig off of his father-in-law’s head). It’s a role I could very easily see him knocking out of the ballpark, so hopefully, this delay won’t mean we don’t get to see this adaptation ever.

If SBS confirms Nothing to Lose, production will have to work relatively quickly to line up its cast: The courtroom drama is up for the slot following While You Were Sleeping, which premieres tomorrow and will run for 8 weeks.

Neighborhood lawyer jo was one of my favorite dramas, park shin yang that ahjussi knows what's up

I always thought any show originates from a script, and then a PD would come aboard and together with the writer (& company) to cast the show. How curious that there is a PD attached and even a title for the drama but no writer!

No wonder K-drama is a slump. They keep putting out the same offerings. And with MBC and KBS on strikes, it seems like the slump is going to be extended even longer than usual.

Eh, I'm always iffy on legal dramas. There are a few that I have enjoyed (like Neighborhood Lawyer) but none that I've loved. I guess it's just not my genre. Also, I feel like usually the soul of a great drama comes from the writing... so when a project is announced without a writer, it automatically puts me a bit on edge lol.

Will sbs ever stop with its law dramas???

Dang, I got excited for a second thinking that Giraffe and Ji Sung were starring in a show together.

You can see them together in "Confession" along with Ju Ji Hoon, its a really sad movie.

Hey, Entertainer was pretty good! Hyeri was hideously miscast, but the writing wasn't at fault. And the rest of the cast was good too - it just felt like more, because every episode you spent 5 mins thinking "ah, if X had been cast instead of Hyeri that scene would have been really moving".

It's not even all Hyeri's acting. There were scenes in that show that Hyeri's just LOOKED too young to successfully carry off, the visual was too much to overcome.

Ahh, this makes me dread even more her upcoming drama with Jo Jung Seok :(

I hope she proves me wrong

Why would they delay Flying Trapeze if this new drama doesn't even have a writer or actors yet? I really like the plot of Flying Trapeze and of course Park Shin-yang T_T

Craaaaazy. Remember when Neighbourhood Lawyer did so well they almost forced him to extend it but now they have this perfectly good Japanese source and they're shelving in favour of a title. I bet they have some big name in mind for it.
KBS should swoop in and take Flying Trapeze.

first sentence pop into my mind is, "fuck u SBS" for screwing Park hae-jin's "Four Men". and lastly "fuck u sbs- again!"

Well, I'm certainly disappointed about the Flying Trapeze delay (and I do hope it's a delay only). I was looking forward to it.

Anything with Park Shin-yang in it. I'm a loyal loyal fan!

Watched em all Lovers in Paris, War of Money, Painter of the Wind, Sign, Neighborhood Lawyer Jo Deul-ho! Enjoyed ALL of them!!!