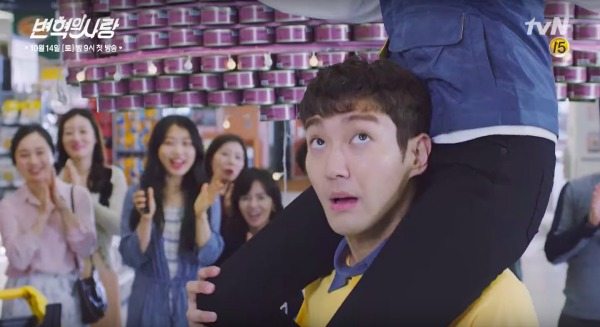 Why so cute, Show? tvN’s upcoming Revolutionary Love, about a hardworking Candy, an ambitious secretary, and a third-generation chaebol disguised as a part-timer, has released character teasers of our leads appropriately hard at work, though not in the way you’d expect. I love these kinds of witty, tongue-in-cheek teasers, so I hope the actual show lives up to its potential, especially since Kang So-ra (Neighborhood Lawyer Jo Deul-ho) and Choi Siwon (She Was Pretty) have some pretty great comedic timing.

The teaser begins with Kang So-ra intensely concentrating on a task, to the awe of shoppers. I burst out laughing at the shots of her audience, which includes an ajumma who lets her cart roll away, a man who drops a food sample mid-bite, and people taking pictures with their smartphones. The inspirational music is just the icing on the cake, especially when Kang So-ra succeeds at placing the last food can and does a weird victory flap with her arms, with a wind machine blowing her hair back. Her work is admittedly impressive — she’s made a ginormous teapot out of cans, complete with tea pouring from its spout. Then we pull back to reveal that she’s perched on Choi Siwon’s shoulders, while the caption below reads: “In the middle of a part-time job at the supermarket.” Kang So-ra narrates, “The efforts of the world’s naive.”

In the second half, Choi Siwon is dressed like Michael Jackson and struts his stuff using car headlights as backlighting. He has his own army of fans, who squeal as he points in their direction. I love how the ladies are all starry-eyed and fan-girling, and then you can see one or two men in the background clearly exasperated while their wives or girlfriends cheer him on. What you don’t see at first is that he’s the parking attendant (the caption reads, “In the middle of a part-time job at the parking lot”), and all the cars providing the backlighting are honking at him for completely bringing the lot to a standstill. Ha, I adore him for his completely oblivious hip thrusts in the middle of that chaos. Kang So-ra, on the other hand, looks like she could crawl into a hole, and covers her eyes for good measure. Choi Siwon repeats her narration from the first teaser, and gives a wide smile as the teaser ends.

Oh, I think I’m going to love Choi Siwon in this. His character in She Was Pretty was so endearingly strange while simultaneously having emotional depth, that I can easily picture him as the naive chaebol heir trying — and mostly failing — to live and work like many people his age have to. It’s going to be fun seeing him and Kang So-ra together as well, ‘cause she’s the veteran part-timer with the professional know-how, and hopefully it’ll be like a Karate Kid wax-on, wax-off type of situation where she imparts her hard-earned knowledge to the novice.

Revolutionary Love will follow Live Up to Your Name on tvN’s Saturday-Sunday slot, premiering on October 14. 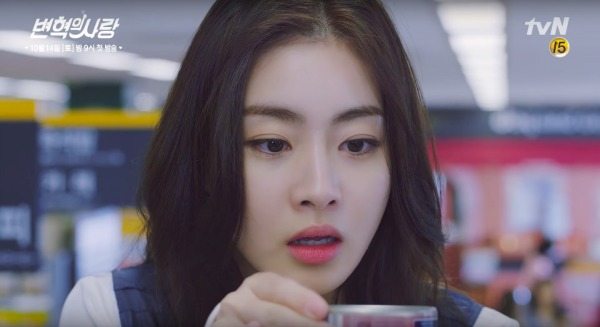 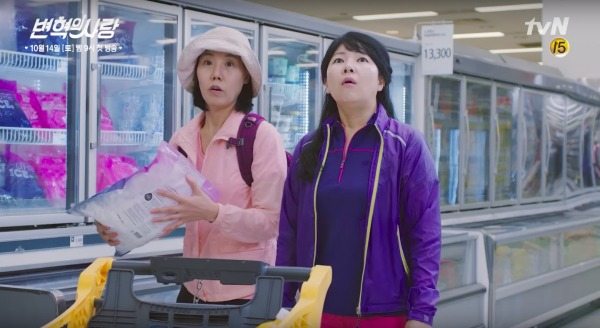 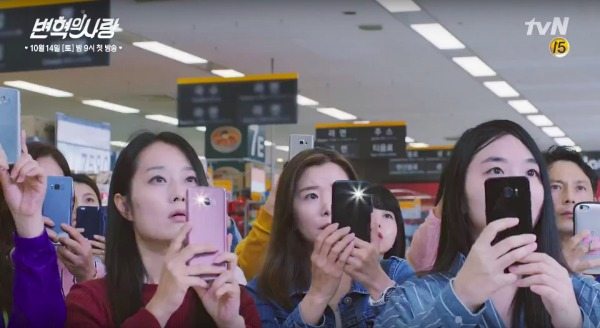 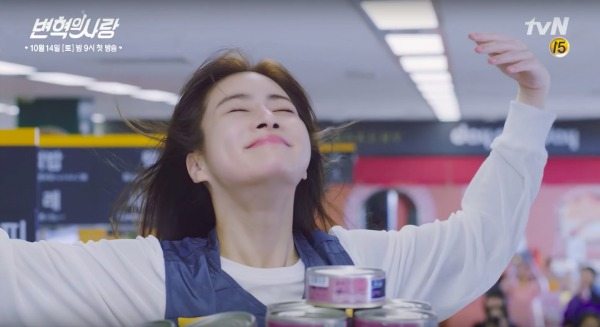 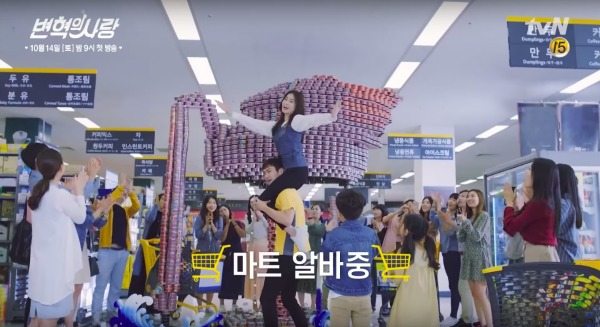 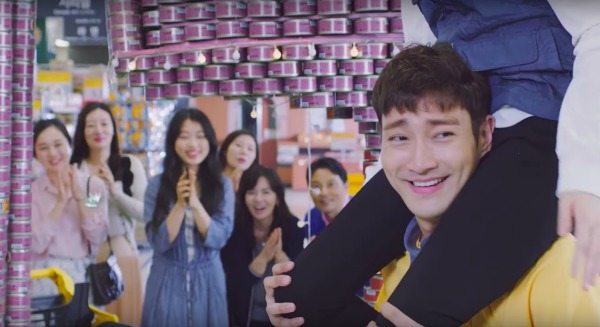 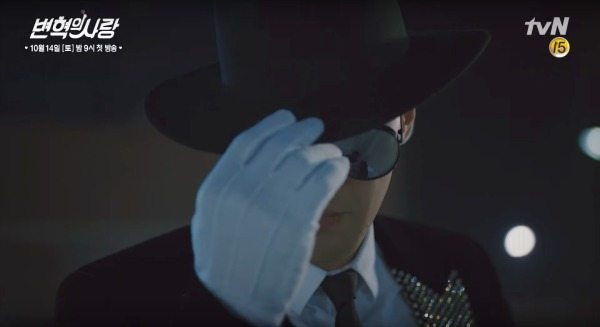 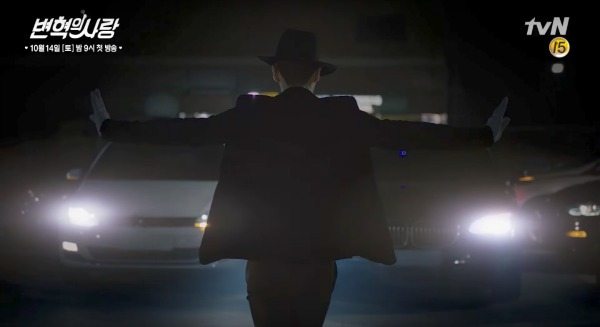 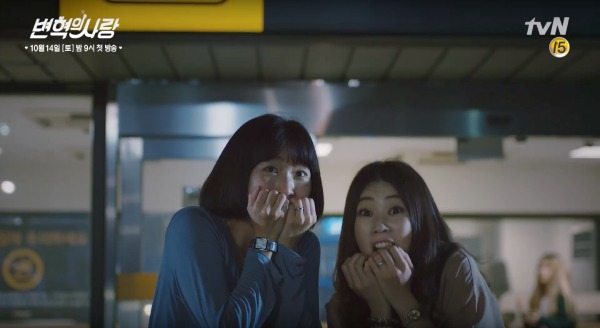 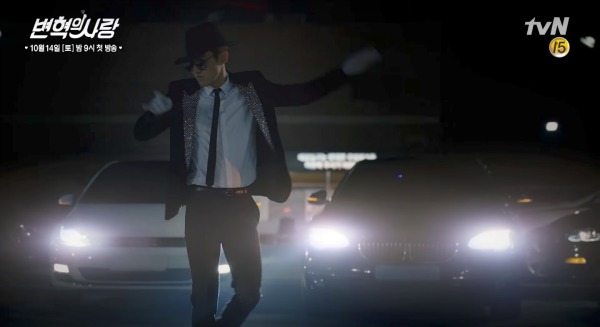 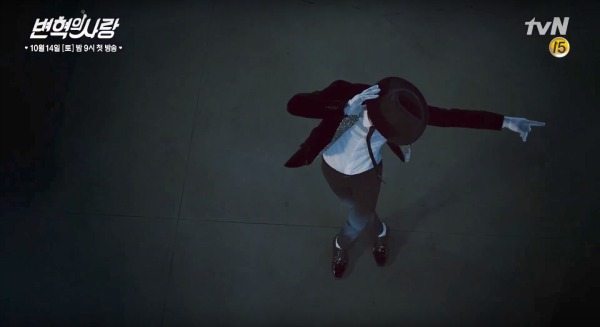 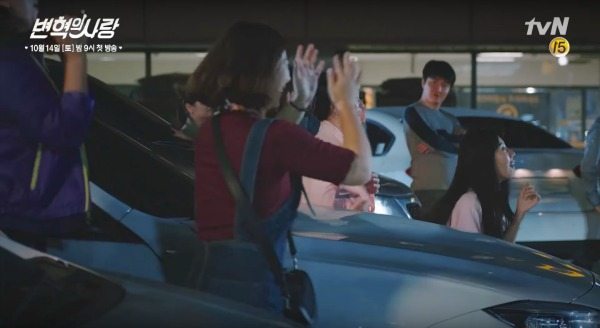 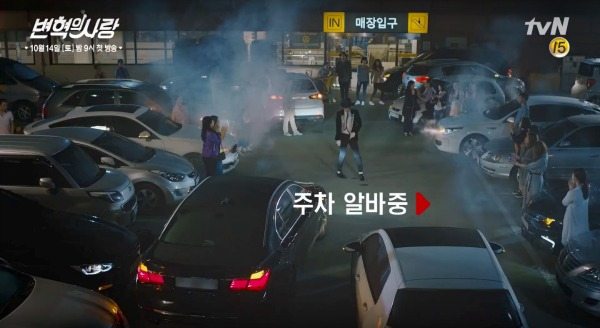 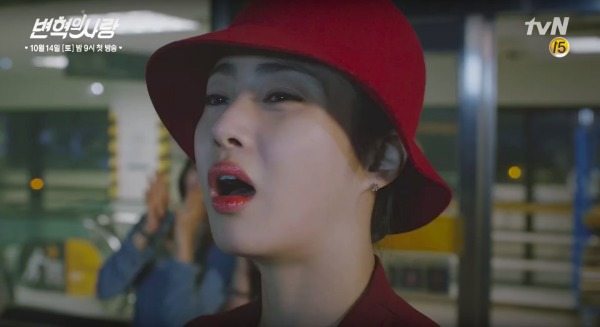 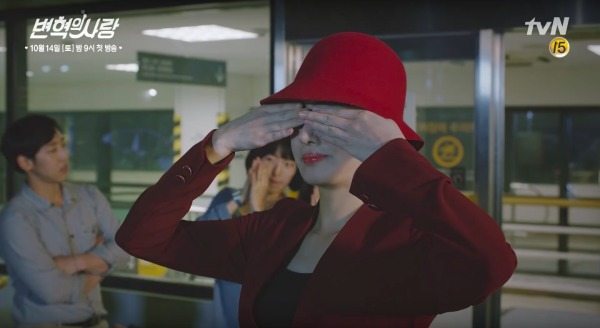 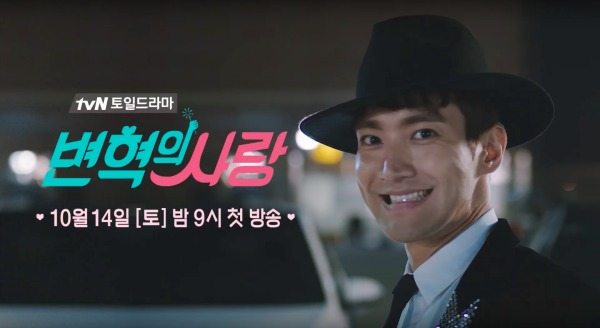 COME TO ME SHOW

WE ARE WAITING FOR YOU xD

I had no idea I missed seeing Siwon until that big smile at the end. He just makes me laugh!

That cheezy grin at the end kills me!!!

It's soooo cheesy adorable i just can't with it!!!Bring it on!!!

Jackson! Jackson! I guess they made it so people remember him from She was Pretty...going to love it just by watching the teasers. I loved him in that series and I bet he will be funny as hell in this one. :)

This show is looks like it has potential to be my next crack...plus it starts on my birthday, so maybe that can be dramaland's gift to me.

Omg, I love how Siwan's character looks so endearingly BAFFLED in Kang So Ra's teaser! :D His smile at the end is so epic! It hasn't even started and I ship it already! :D

Awww. You know, I want to erase SWP from memory but now and then something reminds of how great Choi Si-won was! So YAY for this drama.

Oh my god. That cheesy smile. I'm all in. These two are a pairing that I never realized I needed until it came up. Both can be so funny and are so likable.

The chemistry is so good and Siwon looks so cute I'm going to cry.

Will this be the same as Age of Youth where we are waiting for YouTube clips to be subbed?

Hahahaha Jackson is back! Kang Sora is so cute!

Waiting to see these two chemistry on screen. Bring it on!

Jackson dressed as Michael Jackson. Though technically, Hwang Jung-eum was Jackson not him, but still. I love this pairing. *grabby hands* gimme gimme.

CSW is so freakin' cute with that grin at the end of the teaser! ? This pair has such potential to make this drama total rom-com crazy crack. Keeping fingers crossed that writer-nim, director-nim, PD-nim - all of the nims - make the most of having these 2 work together. Even in the teaser they look like they have great chemistry! I usually don't "anticipate" watching many dramas, but I love Siwon & he left on such a high note 2 years ago in SWP that I can't help but look forward to his return on my screen - and with KSR! Doesn't get much better than that! (Hope I didn't just jinx it... ??‍♀️)

Siwon will stick to his hidden third generation chaebol fate, it's funny but he is a real one in life and he's so damn funny! Oh, I thought I would give some break to kdramas after Age of youth!...

it would be so easy for Siwon to be generous with just money. But he donates his time instead and his image, he´ll forsake a good face and become a doofus to make people smile. Those kinds of people deserve all the respect, because they make the seriousness of life a bit lighter to bare. Some look at them as fools and disregard their worth, because they can act silly. But in fact people who hold on to a serious and strict image in fear of losing face are the truly silly ones.

It is so true, and one of the many things I love about Siwon!
His sincerety shines through, and he can always make me feel better. I'm so happy to have him back.

Love the teasers. Siwon and Kang So-ra are so cute and adorable. Another must-watch on my list.

I am literally killed already. I cackled like a turkey when I saw these teasers. I hope it won´t be another case of Manhole where the teasers were so funny but the drama itself had a smell of sweat. Though we have Siwon here, so I am 98% not worried. Just hopefully the story gives us something fresh.

That nod to Jackson! I can't even! When will this show come out already???

I don't want Live up to your name to end, but this drama looks so fun and I miss Siwon on screen after She was pretty. What can I do :))

I totally feel the same way.

O luuurv it! Bring it on show (and bring it on quickly)!

This is exactly what I need right now! I've missed Siwon so much!
I hope everything about this show will be great, but Choi Siwon and Kang So Ra goofing around may just be enough.

is this drama pre-produced because if not then would Siwon be juggling this and their upcoming comeback in october?

nope,its not. But, we will be seeing him least on comeback stage. it always like. he always prioritize drama filming. it happen when he shoot for Poseidon before.

I prefer actor Choi Siwon anytime! I hope he does it long term.

i like him as an actor too! It's just that I was first introduced to him as a kpop idol :)

well, i think we see him more often in drama than stage. moreover with SM 2 weeks promotion time rules for senior group. plus, with mbc and kbs strike, i dont think we will see them much tho.

I SO LOOOVE THE TEASERS! I'm equally sad and excited for this drama. Because the start of this drama means the ending of Live Up to your Name. But on the flip side of the coin, I'll only have withdrawal syndrome for a week and Siwon would probably brighten up my mood again!

So true. There've been so many exciting kdramas to follow since last year, I simply have no time for anything else.

This just made me so happy!???❤️❤️❤️??? And then sad, because who knows if or when I'll be able to watch it??? Man, has Simon been missed! That guy is such a joy bringer ?

Welcome back Siwon. I missed you. Can't wait, the show look awesome already.